“Let’s get the white elephant out of the room first. So you’re running now.”

I had lunch yesterday with my friend Jamie, the occasion upon which that accusation was made.

I leaned in and lowered my voice.

“Do you want to know how bad it’s gotten? It’s like really, really bad. Chris arranged for the kids to spend the night at my parent’s Sunday night to give me a break. When he told me, my first thought was ‘We could get up early and run together on Monday morning!’ Not ‘I can sleep as late as I want!’, but ‘I’ll get up before daybreak!’ – and I did. At 5:30 in the morning. And we ran west. And I DIDN’T EVEN TURN AROUND TO WATCH THE SUNRISE.”

It’s time to get the white elephant out of the room here, too.

I don’t know how this happened to me. I’m shocked, confused, perplexed, and worried that I may have been abducted by aliens and returned with the brain of Jackie Joyner-Kersee.

I ran for 27 days straight.

Before those 27 days, I had run all of six miles this entire year. And close to zero miles last year.

I became obsessed with making sure I got to run…finding the opportunity to run…sometimes running twice a day…and making compromises to find the time for my new problem.

(This could explain the recent lack of quality and quantity of blog posts.)

I was well aware that running several miles every day wasn’t exactly recommended by health professionals, but what it was doing for my Dysautonomia drove me to it anyway.

Although seeing all of my steps on my FitBit was the first driving force, most of my obsession with running in the past month has definitely been its impact on how it has made me feel. Despite my creaky legs and blistered toes and swollen foot (the one that had two surgeries and a bone removed and I swore would keep me from running ever again), my health has greatly improved. And on the days when I have struggled with Dysautonomia symptoms, the only thing that has helped was going out and running.

In the August Alabama heat.

It makes no sense. But it has worked.

Insane, I tell you.

I’ve known for a year now that exercise was on the list of things that makes Dysautonomia better. But if I had ordered that list in the sequence that I was willing to partake, it would have looked like this:

However, in order of how much they’ve actually helped, they have proven to be:

So it only took a year for some synapse in my brain to snap and make me actually want to attempt the thing that works the best.

And in so doing, I have gotten to see many things I wouldn’t have ever seen otherwise, like this bridge a little past the end of the Lakeshore Running Trail. 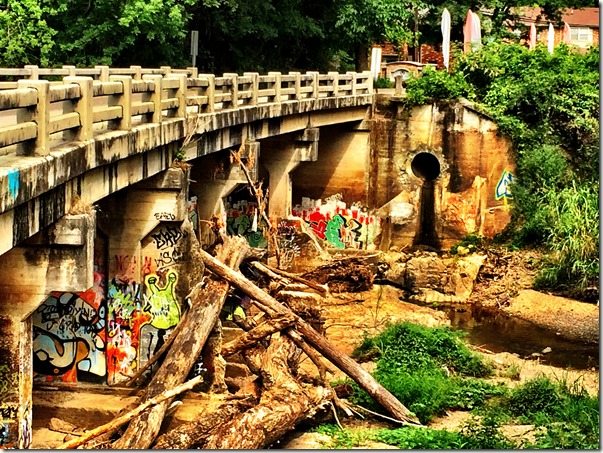 And this grisly murder scene in a parking lot. 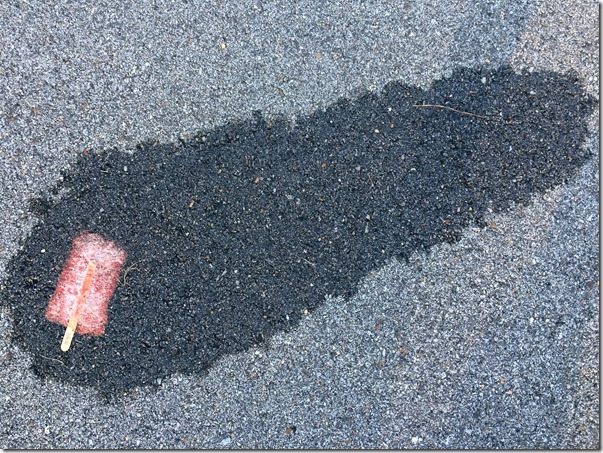 Or this….Nazi Symbol? on the Jefferson County Courthouse??? 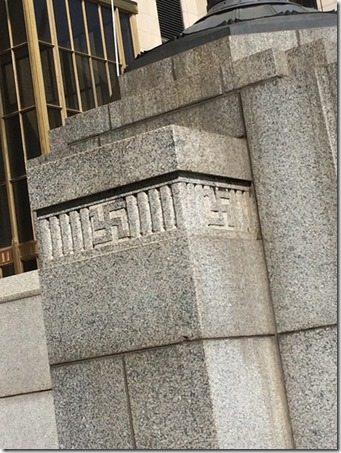 And this amazing downtown loft and courtyard, of which I am now endlessly jealous. 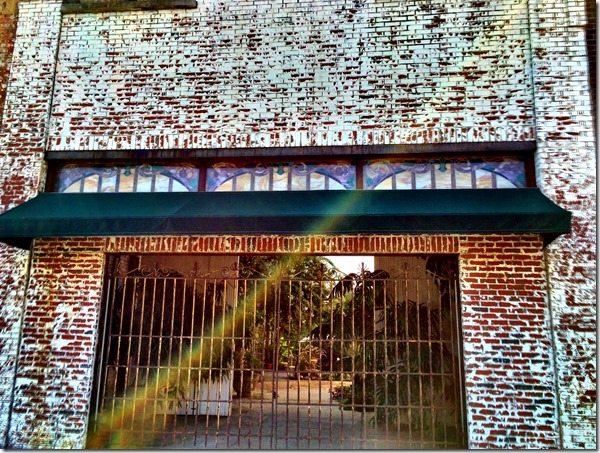 It’s helped me in my Studies of Birmingham Graffiti, finding an elusive Naro tag (who is no longer with us, based on the giant “RIP Naro” tag that Daze put on the Red Mountain Expressway). 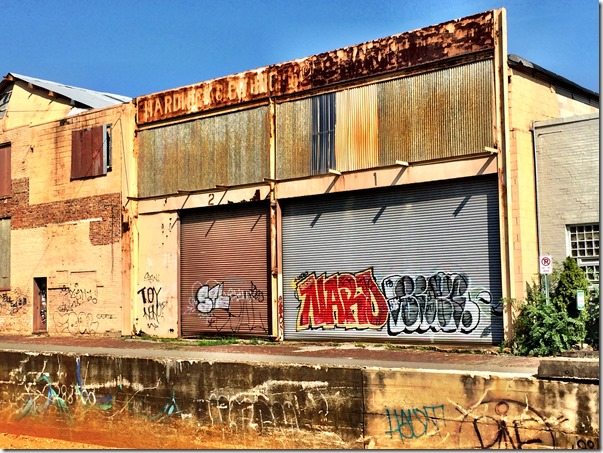 It’s also provided more quality time with my husband, on those rare opportunities we’ve been able to run together. 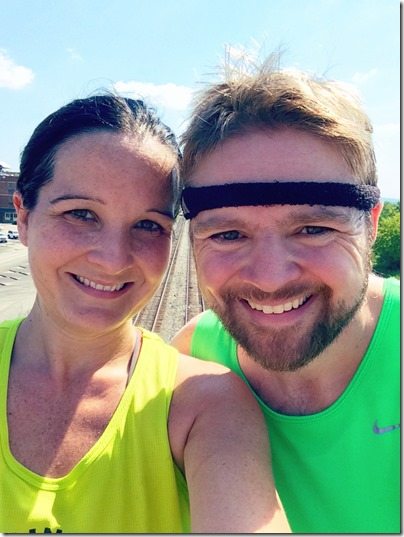 (One weekend we sent the kids to my parents and had a Friday night 5 mile run and Saturday morning 8 mile run, with a couple of date meals on either side.)

(That’s right. Even my dates are now scheduled around running.)

Chris was able to take me on some of his favorite routes and stretch my endurance tremendously, and now I’m interviewing live-in nannies so that we can run together every day. 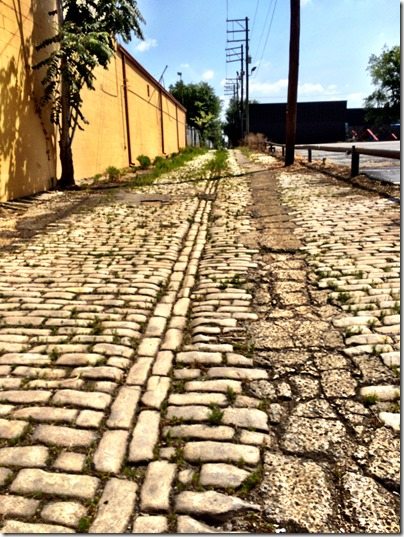 (Okay not really. But a girl can fantasize.)

I’ve been bitten by the bug so hard that I used my only free time in Nashville to…run. In the afternoon Nashville no-shade heat. 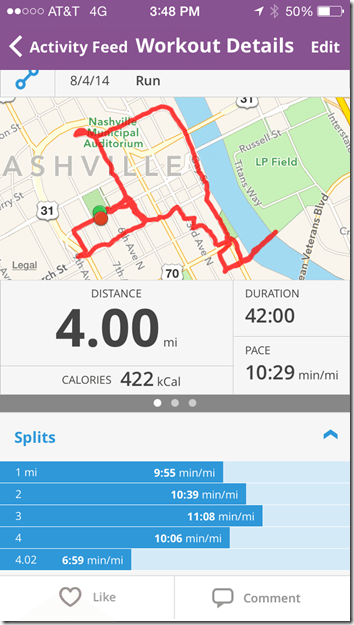 THEN I went to bed early so I could get up early and do it all over again. In the delightful morning breeze. 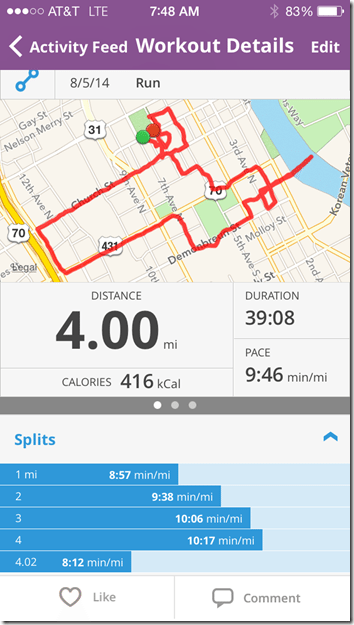 But now I fully understand why Chris likes running other cities – you see things, angles, and details that you’d never see any other way. I’ve already shown you what I saw in Guntersville, but in Nashville, I saw the sun rising over the Ryman Auditorium, 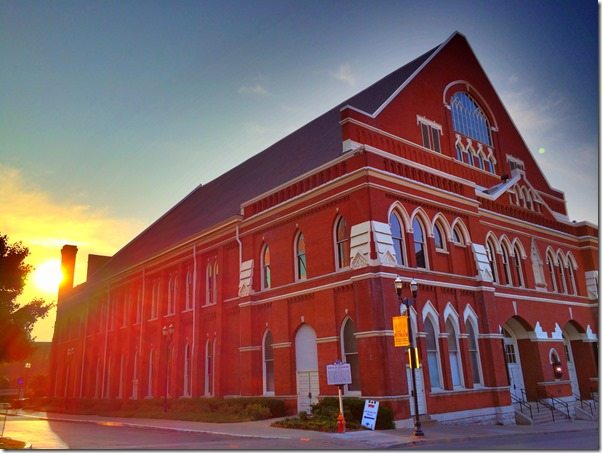 The city waking up through the rails of the walking bridge, 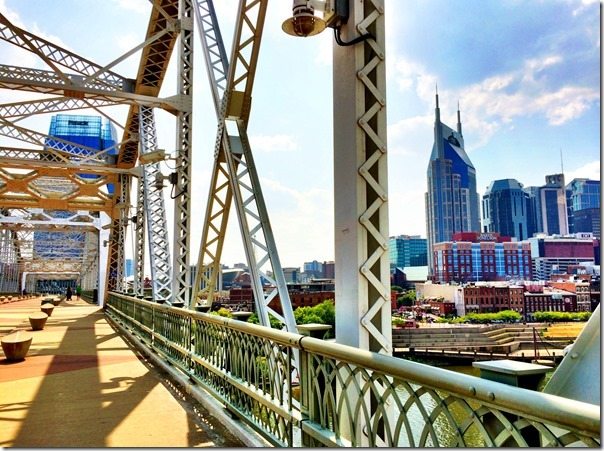 The sun and clouds reflecting off of downtown Nashville and looking rather like a fried egg (over easy), 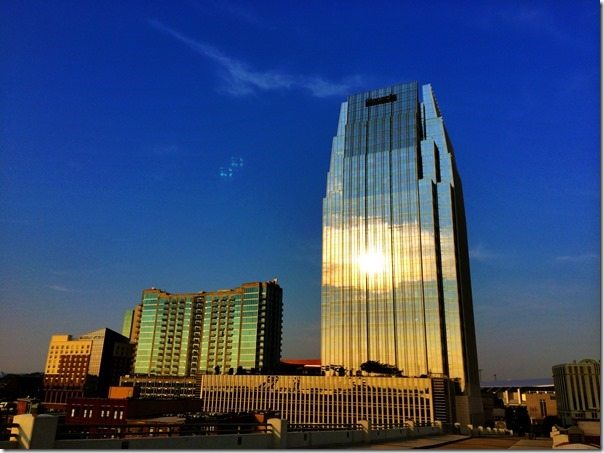 And the fact that Nashville shares a similar feature with Birmingham – a river of rails running through the middle, 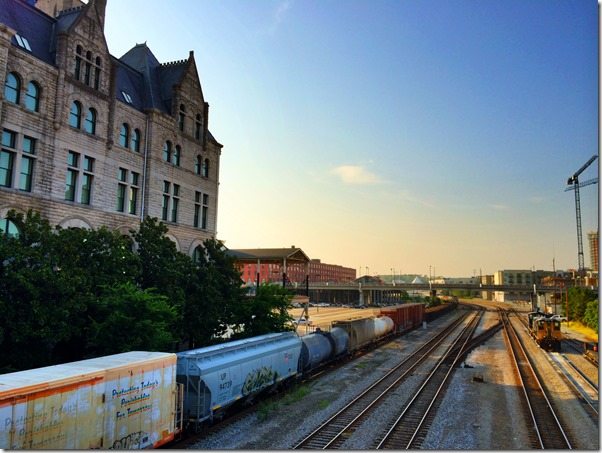 Except that, instead of tearing down their grand central station like we did, they turned it into a breathtaking hotel. 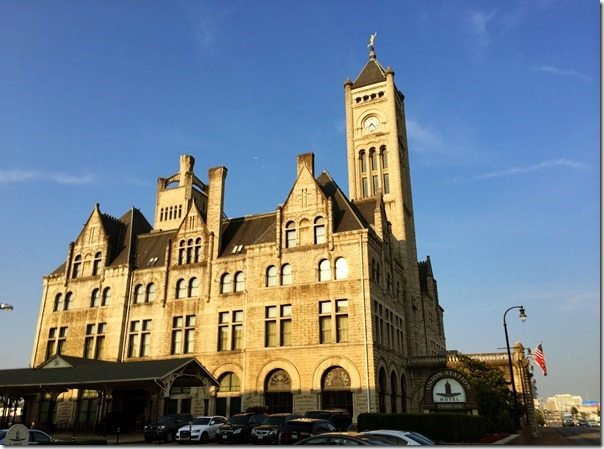 Although the impact to my quality of life has become far more important than the impact to my weight, I’m happy with the results from seven weeks of FitBit and 158 miles in my running shoes. 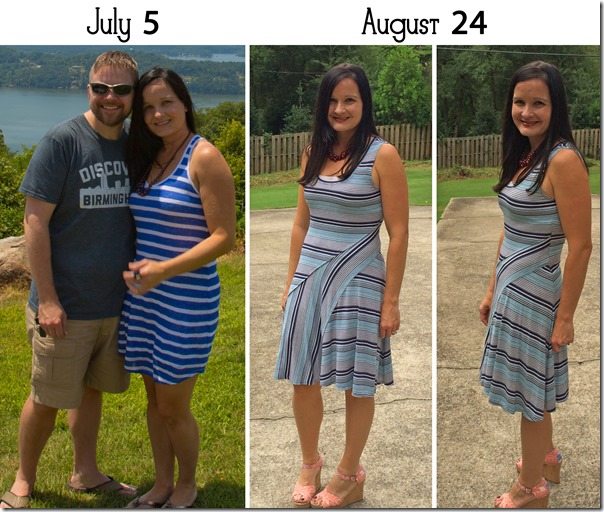 (And yes. I’m totally wearing Toms. Because I’m a hypocrite like that.)

But running. I’ve fallen in love. And I’ve fallen hard. And you’re likely to hear more about it. So I apologize in advance.

31 thoughts on “The Running Disease.”