Have you ever gotten to that point in your life where you’re so overwhelmed by the number of things that need to change that you’re not sure where to start?

I did – a couple of weeks ago.

(Because that is the time of day that births all things that are good and holy.)

None of the items on my list were earth-shattering, like, say, “kick heroin addiction” or “stop being a Russian Spy” (because you know that Russia really cares about sunset photos), but they were weighing on me regardless. It included things big and small, from “More priority on time with God and ministry” to “Quit looking at my blog stats so ridiculously often” and many things in between, most notably “budget,” “diet,” and “oh my flippin’ goodness school is about to start and I have no idea how I’m going to find the time to keep doing everything I do.”

So I picked a few and started chipping away, now a bit less anxious because at least I had a list to remind myself of all my other failures lest I forget.

I needed to make some changes to attempt to aid my ongoing health situation, which perhaps has been more life-altering than I might have let on, and is also to blame for this and any subsequent blog posts that are not up to expectations.

(I keep thinking I’ll tell you the whole story but I keep waiting to have clear answers first so I keep it mostly to myself because it seems a rather dicey decision to throw out undiagnosed health symptoms to the winds of internet diagnoses.)

So. No more artificial sugars, especially in the form of Dr Pepper TEN, my go-to comfort of choice. I am also still attempting to add to that “drink a ridiculous amount of water,” but a girl’s got her limits.

(Because I will NOT have time to do everything else on my List O’ Fails if I am peeing every other second.)

And, back to calorie counting. Because my jeans were beginning to sincerely not appreciate the volume of stretches I was having to do to make them wearable.

(Unfortunately I don’t have a nursing baby, which is the only thing that has ever made me lose weight, so the dieting probably won’t do me any good, but just make me hate everything and everyone like Katherine so eloquently wrote about last week.)

I used to be a complete budgeting freak (I might have even written a super long doubly boring post about it in my crappy early blogging days.) I had been good. I had been dedicated. I balanced our checkbook AND multiple budget categories WEEKLY. And I shared the Gospel of Good Budgeting with others frequently.

But then…life got busy. And we had kids (that were expensive.) And life got busier. And I quit looking at those “budgeted” numbers and tried to ignore that the “actual” numbers were blatantly lapping them.

So I set a plan – a FIXED amount to spend each week on groceries and out to eat, along with other stuff. Chris eagerly hopped on board. And we set off to achieve greatness with less.

The next morning, I took my first back-on-the-wagon grocery trip. And it was FUN again, for the first time since I’d jettisoned my budgeting ways. As I paid, I watched the running total like a hawk.

I felt like an overachieving Project Runway contestant and barely stopped myself from screaming “THANK YOU MOOD!!” for all of Winn-Dixie to hear.

Within my grocery shopping trip, I even planned ahead for the kids’ meals. Not forgetting the little people is a big deal, y’all!

I bought chicken breasts, cooked them with honey and salt, cut them up, and individually bagged them. Then I bagged crackers and cut a block of cheese and…

I MADE MY OWN LUNCHABLES. WITHOUT PINTEREST’S HELP.

They were so impressive I had to take a picture – I didn’t care that I hadn’t moved my knife or my notebook or that bit of counter food that might or might not have been two days old. I was a superstar!!! 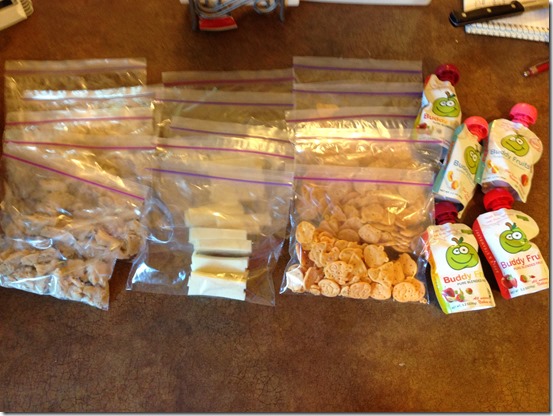 Then I cleaned out a fridge drawer (and even wiped it a little) and presented my children with “KID DRAWER.” 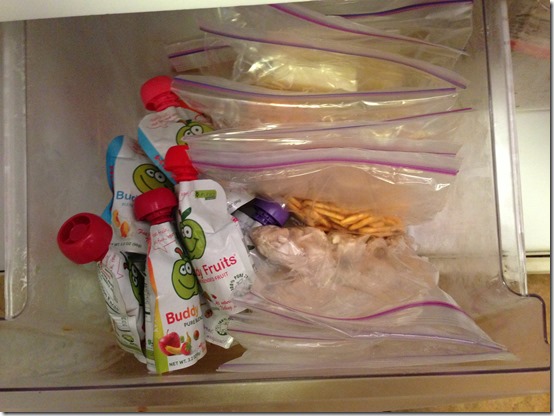 They really should have bowed at my feet and kissed them with fervor but they didn’t.

They did, however, enjoy my nitrate-free lunchables enough to ask for them again this week.

The next day, I had to order a couple of things off of Amazon. They were small, and both were add-on items, therefore subjecting me to the “you need to spend $10 more if you want us to ship you these items.”

In the past, this would be no problem. But now, NOW. I was behaving. I was not just spending to spend.

But on a whim, I looked up mine and Ali’s favorite cereal, Crispix, which I’d forgotten to get at the store the day before. Of course, one box was $5.47, which is about a dollar more than the grocery store.

Surely they were miniature boxes – I went to my pantry to compare ounces just to make sure.

Then it’s a mistake – I double checked the fine print.

They insisted that I would receive 14 boxes. For $20.93. Which is $1.495 per box. It was as if God Himself was shining down on my budgeting efforts, and handing me Amazon on a Golden Platter as a reward.

I ordered them with trepidation. What would I receive? Would it be a joke? Would a snake spring pop out to tell me that I was a fool?

But if not, were there more Amazon deals to be found like this??

Two days later, Ali and I opened the box, breath held within us… 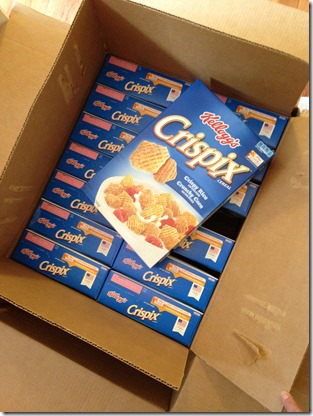 They were there!! All fourteen full-sized boxes!! It was amazing. Fantastic. Unbelievable. Receiving a Fragile Leg Lamp wouldn’t have made for more excited people that morning. 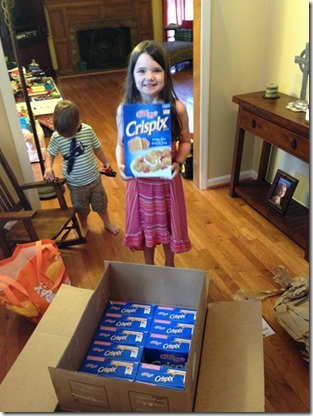 I can’t say that these particular boxes of cereal had not been subjected to some sort of nuclear reactor assembly plant malfunction, but we’ll eat them with joy in our hearts regardless.

Editor’s Note: Amazon fixed their pricing mistake(?) within a couple of hours of this post. Sadness. Next time I’ll whisper the deal to you.