1. If you’re attending an Alabama game this season, Grab a Camera. Photograph as many items listed as possible.  Post on your blog or Facebook – or don’t.  But if you do, leave a link in a comment.

2.  If you’re attending another team’s game, Grab a Camera.  Photograph as many of your own team’s oddities as possible.  Post on blog or Facebook – or don’t.  But if you do, leave a link in a comment.

(Here’s a printable version without the pictures)

3. If you’re not a fan of any kind and find The South an extraordinarily odd place, sit back and enjoy the following documentation of our obsessive bizarrities.

The person who collects (and posts) the most items found from the Scavenger Hunt (or from your own team’s Scavenger Hunt) will win a special prize from me.  As for the rest of you, you will have the satisfaction of a hunt well hunted.

* Although some essential items are the same as last year’s Scavenger Hunt, many huntable items are updated for this year’s sporting trends.

One of the most fascinating things about the “manly” sport of football is how it turns men into fashionistas, wearing prints and fabrics that they would never otherwise wear.  Along this vein, here are your first spotting assignments: 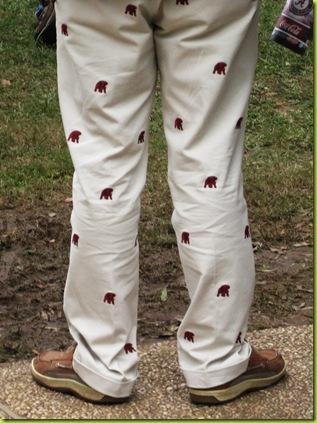 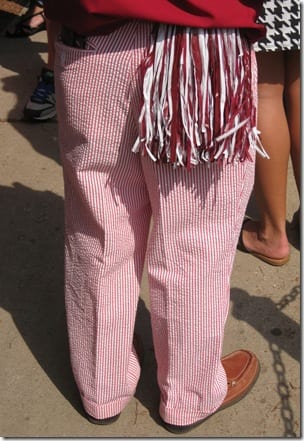 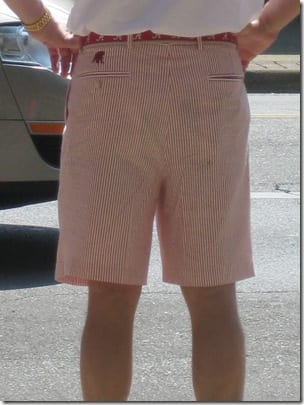 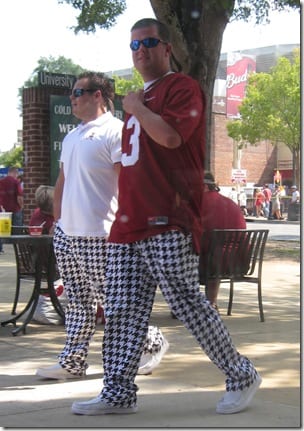 Although the men have rather impressive fashion statements, they are tame compared to the female population. 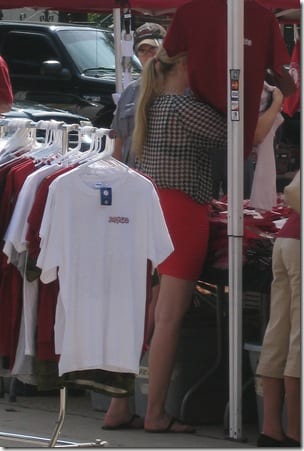 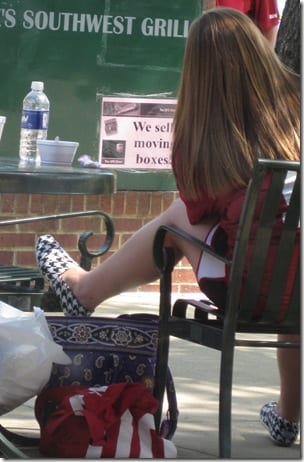 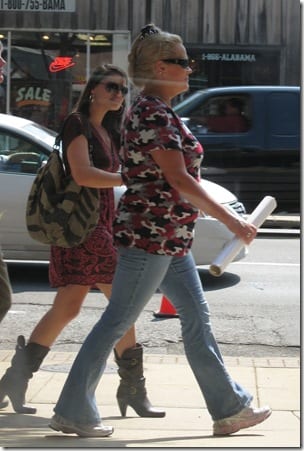 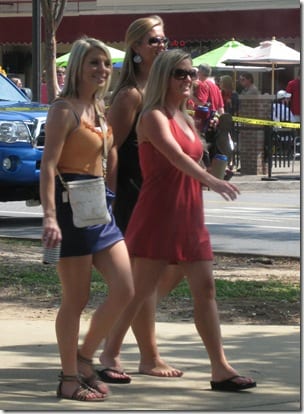 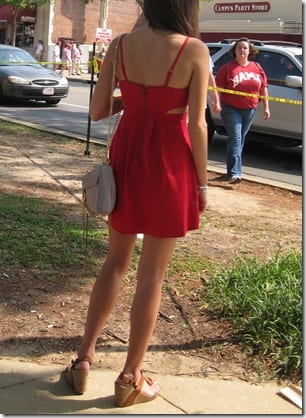 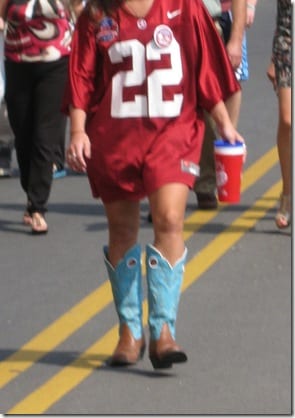 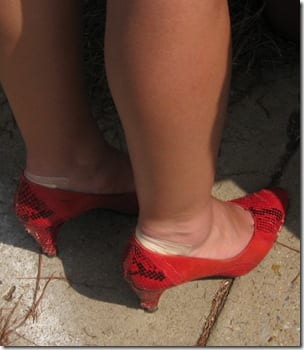 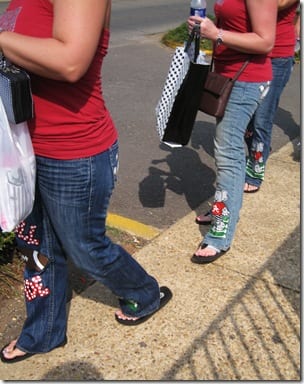 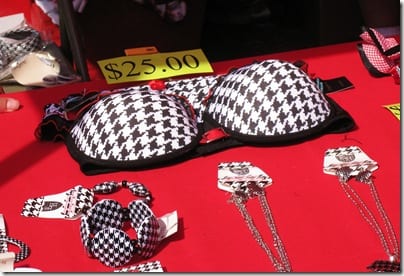 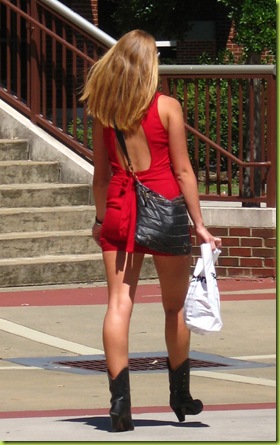 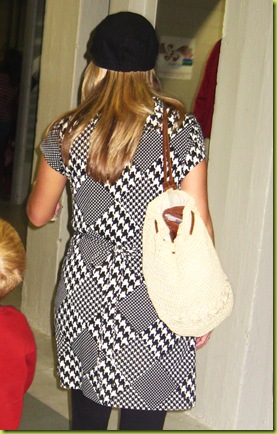 Kids have gameday fashion, too.  Here are a few childish fashion statements to hunt: 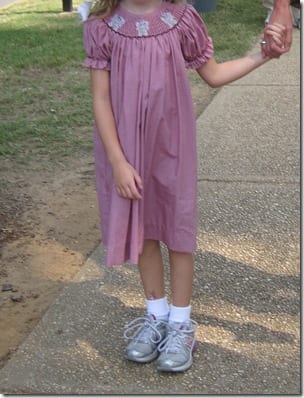 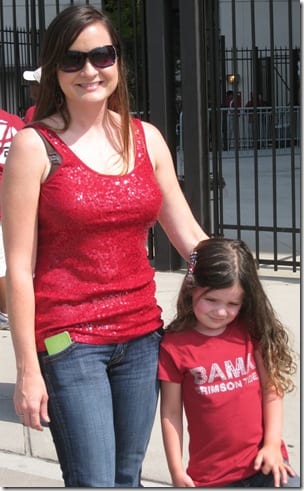 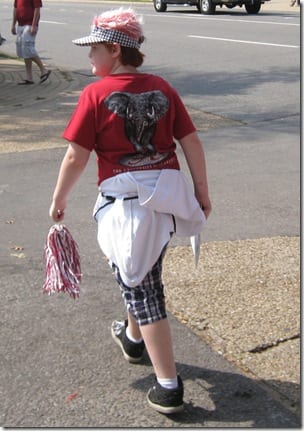 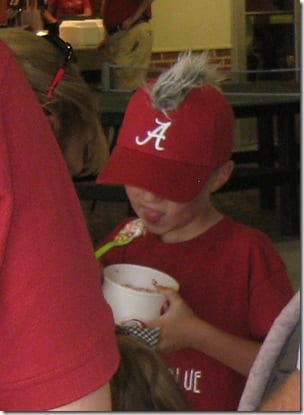 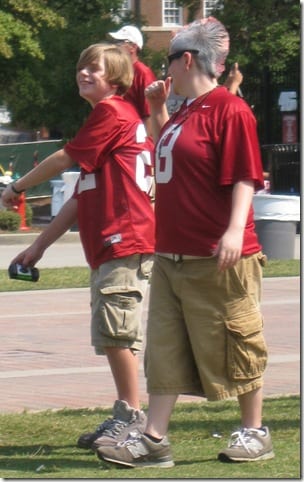 And then, of course, there are the accessories. 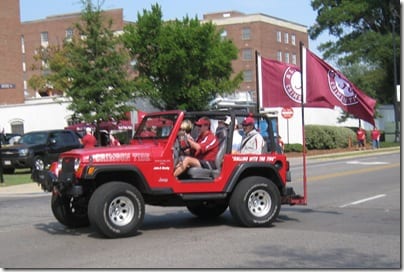 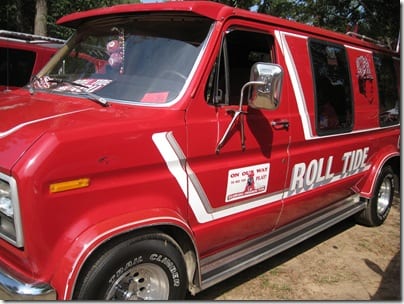 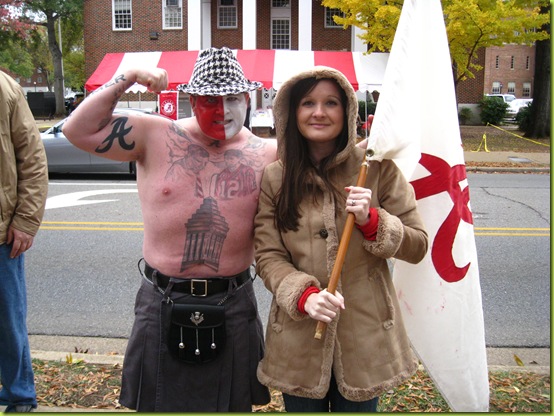 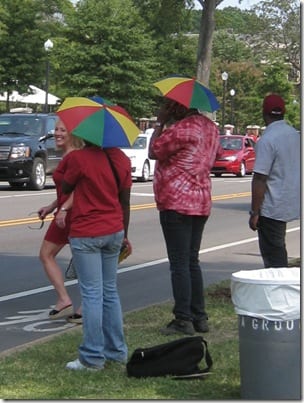 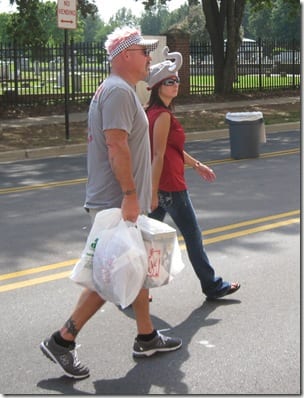 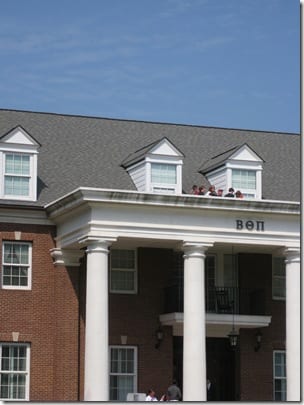 And then, there are the truly bizarre… 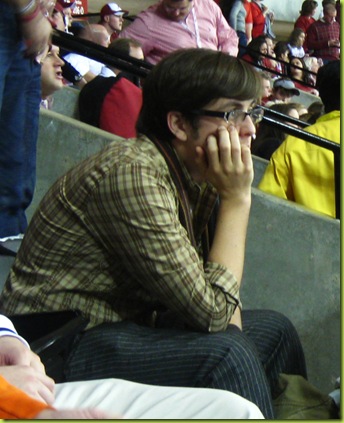 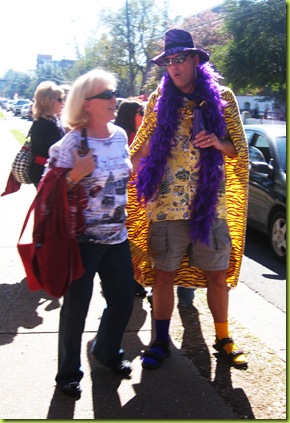 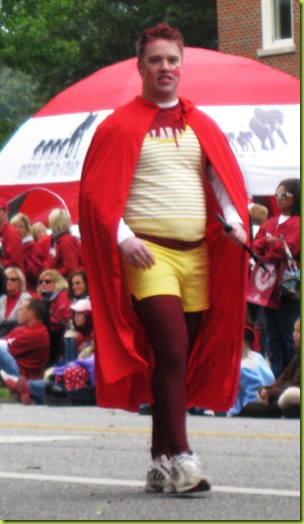 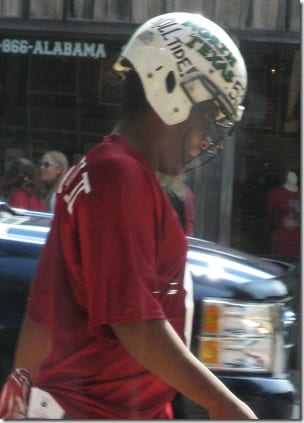 May you discover The True Meaning of Football in your quest, and not get attacked by stiletto heels, aggressive tattoo artists, or Alabama Superheroes in the process.