Football season is in it’s third week and in full obsessive-insanity in the state of Alabama.

Tattoo shops are filling up with loyalists wanting to bleed for their team, babies all over the state are being given abusive names such as Crimson, Saban, and Chizik, and billions of dollars are being spent just to watch a bunch of teenage guys named things such as Ha Ha Clinton-Dix run around a field and fall all over each other.

(Which, really, makes a name like Crimson seem not so bad.)

Our family is no exception, except for the tattoos and baby naming.  To celebrate the season so far, we have:

1. Had Chris and Ali tailgate and go to a game while Noah and I went to the mall, much to the shame of his male ego,

2. Had friends over to our house to watch an away game,

3. Taken both kids to tailgate all day, but then coming home before the game.

And this weekend, we will complete the cycle by,

4. Leaving the kids with the Grandparents while Chris and I tailgate all day and go to the game.

The complexity of our vastly varying tailgating practices can be a bit confusing, which leads to many questions of clarification from our friends and family.

And I get that.  I’m usually confused, too.  Luckily for me, Chris has the schedule memorized and offers me a refresher course on a regular basis.

One of the questions that people often ask is, “What do the kids do during tailgating?”

They find ways to entertain themselves – sometimes better than I do, quite honestly.

Noah, for instance, uses all football events as an opportunity to pick up the ladies.

But he knows that the overly-obvious “How YOU Doin’?” doesn’t work with the modern woman, so he plays it cool. 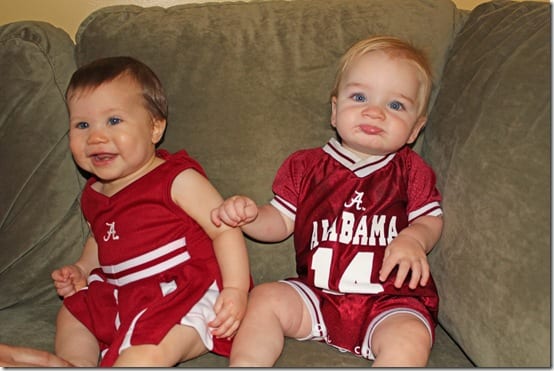 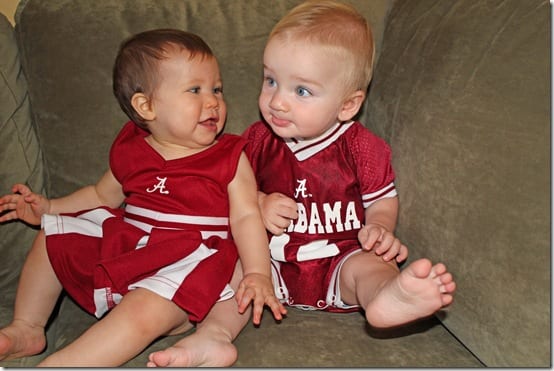 So cool that they can’t get his attention no matter what they try. 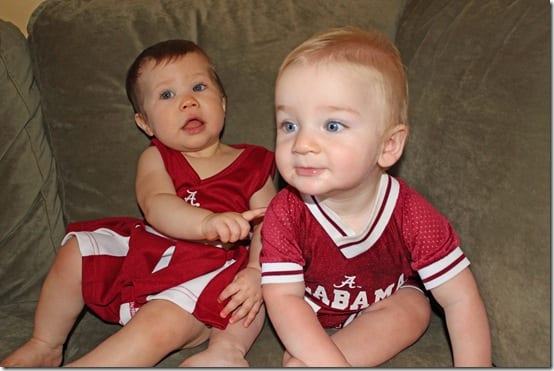 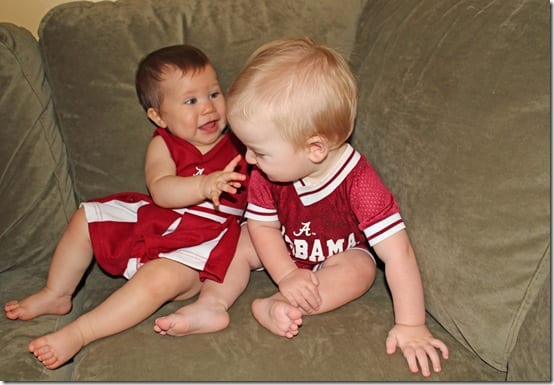 And then, the victory grin.  Smooth, I’m telling you. 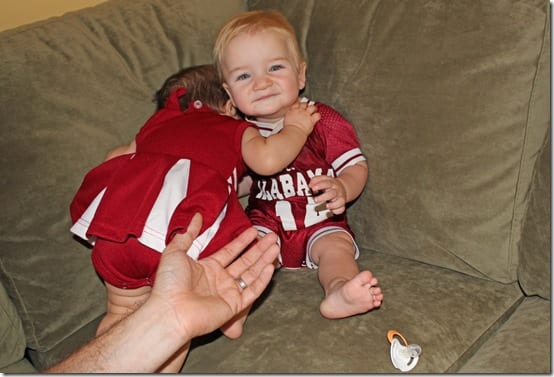 Ali, being a bit more introverted, reaches within her OCD soul and pulls out her hoarding tendencies. 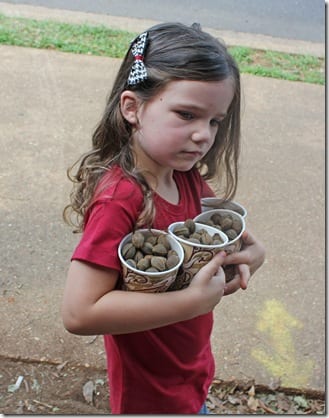 After collecting every nut in the city of Tuscaloosa (except for this guy), 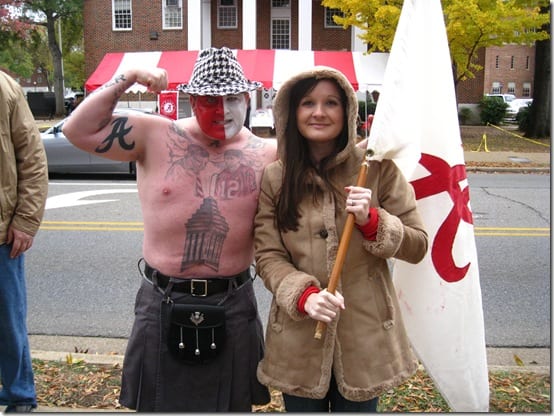 (And yes, that’s an old picture.  We are certainly not in coats around here yet)

She then launches off into fantasyland, building cities and towns for said nuts. 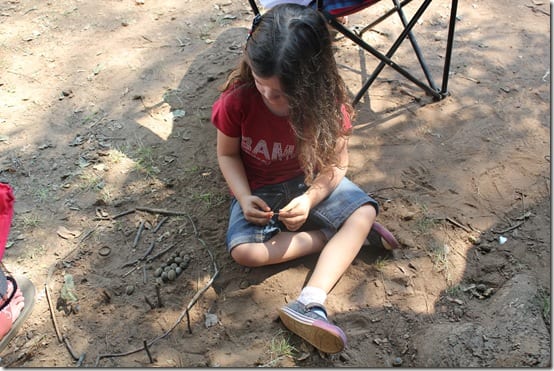 …but then, the plentiful and very disturbable-in-a-pigpen-sort-of-way dirt becomes more fun than the pretend. 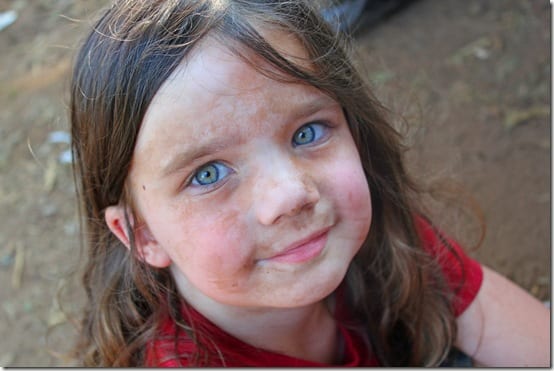 And, while everyone else within a 200 foot vicinity is coughing and fanning away her cloud of nast, she becomes One with the Earth, nearly blending in with the ground. 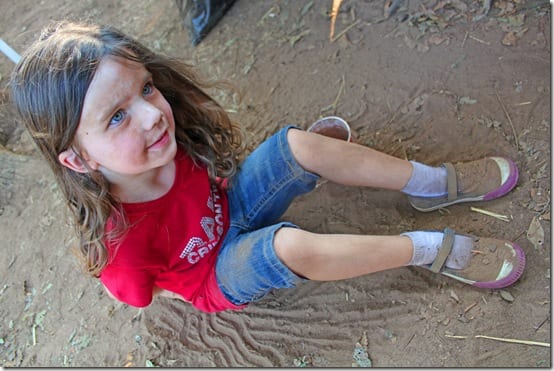 …to the point of traumatizing me with painful memories of my eighth grade rub-on tan fiasco. 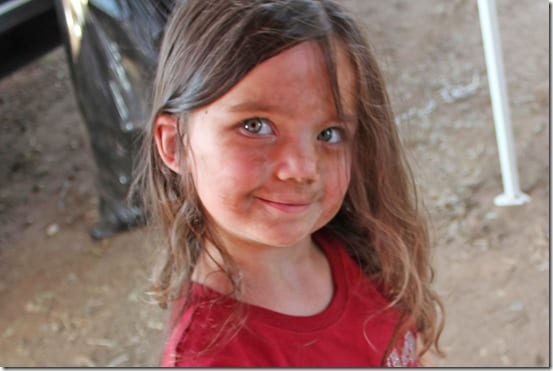 (Although I’m pretty sure I looked worse back in the day.)

Noah, however, is not tempted by the dirt.  He never lets down his playing-it-cool vibe – 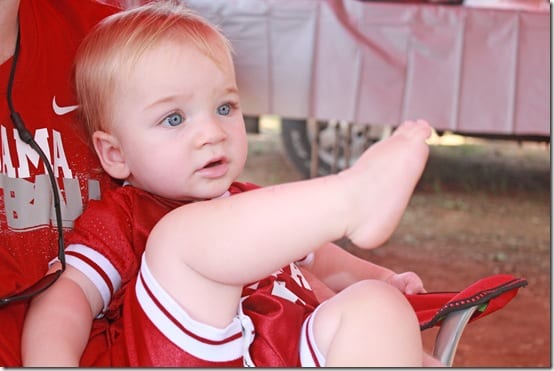 …after all, you’ve got to keep it clean for The Ladies.

22 thoughts on “Football, Four and Under.”