On Saturday, Chris and I celebrated two months of our Lose It diet plan with a combined weight loss of 39.6 pounds.

(The total being 39.6 completely killed me, seeing as how 40.0 in 2 months would have been such a beautifully neat and clean number.  I suggested cutting off my arm – or maybe a finger at a time – and re-weighing to help us meet this goal, but Chris declined.)

Not that I’m competitive or anything, but I’m currently accounting for 19.2 pounds of that (19.6 if he’d have let me cut off a few fingers), and he’s at 20.4 – which means I’m WAY ahead of him percentage-wise (which in an unfortunate twist of fate, means that I am currently, the Biggest L… Los… I just can’t say my least favorite word in the English language, even for celebratory purposes.)

But at any rate, we decided we’d share a couple of things that have helped us along the way.

First: Chocolate is a requirement of any successful diet plan.

For the first three weeks of our diet, I wanted to get a good kick-start in the right direction, so I didn’t allow myself ANY sugar.

This caused a great gnashing of emotional teeth bubbling up from the depths of my soul.

Much like when one of the Biggest L***r contestants gets unnecessarily emotional and Chris yells at the TV to “Eat some CARBS, buddy!!!”, I’m pretty sure he said those same words to me several times – except in a nicer, more subtle tone.

(For fear of my emotional hand grenade blowing up on him, I’m sure.)

So after I realized that the lack of chocolate was detrimentally affecting my family and mental stability, I reintroduced chocolate into my diet (in calorie-controlled increments, of course).

Because really, no one should have to parent without chocolate.

We usually stick to a couple of Lindt truffles, Ghirardelli squares, or other similiarly portioned sugar+cocoa-filled lovelies for our after-the-kids-are-in-bed dietary happy pill.

My good friend Nikki introduced us to the most amazing chocolate we’d ever tasted – homemade Oreo Truffles – at our small group, and I have thought of nothing else since.

They were so delectable, so amazing, so stupendous, that on the night of our introduction to them, another small group member asked Chris what they were, and Chris pulled out his infamous small group analogy habit and told her in a far-away, over-dramatized voice, “They’re the John MacArthur of desserts in a world of Joel Osteens.” *

And so they immediately were renamed to John MacArthurs.

* I realize that this analogy is either hilarious, horribly offensive, or makes no sense whatsoever depending on your Famous Preacher Preferences.  It would also help if I explained our church’s connections with John MacArthur, but that would take too long, and this is a diet post, not a theology post.  So just go with it.

So, to celebrate our two month marker, I decided to make us our very own batch of John MacArthurs.

Three Ingredients go into a batch of Johnny Macs: 1 pack of Oreo Cookies, 1 block of Cream Cheese, and 8 ounces of Semi-Sweet Baking Chocolate.

After much confusion from the online recipes, I called Nikki to find out: do you or do you not take the cream out of the Oreos before grinding them to a pulp?

You do not – they just magically disappear when ground: 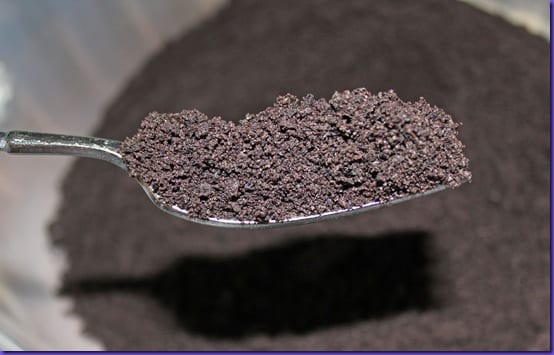 (My Ninja pureed the whole bag of Oreos in approximately 75 seconds.  Awesome.)

After the Oreo Emulsification, you mix in the cream cheese, then form into very unappetizing-looking balls: 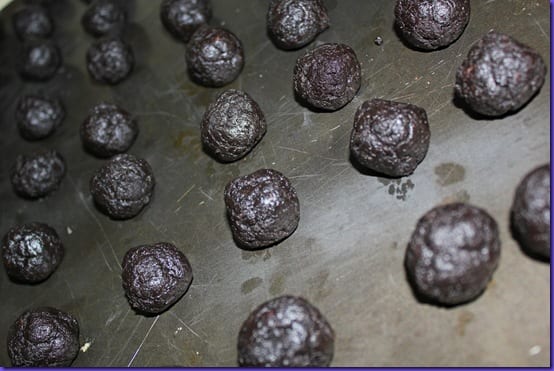 (51 balls, to be exact.  Adding to our infuriating numerical unevenness.)

After chilling, you coat the balls of ick with melted baking chocolate, creating a gigantic tray of what looks like Miracle Max’s Miracle Pills to cure Mostly Dead People: 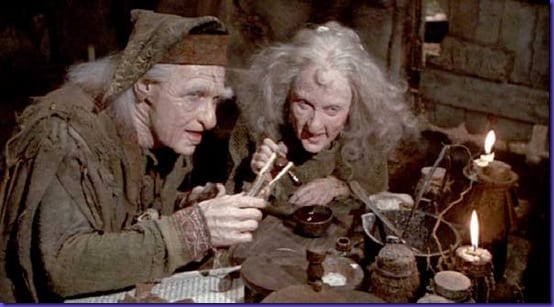 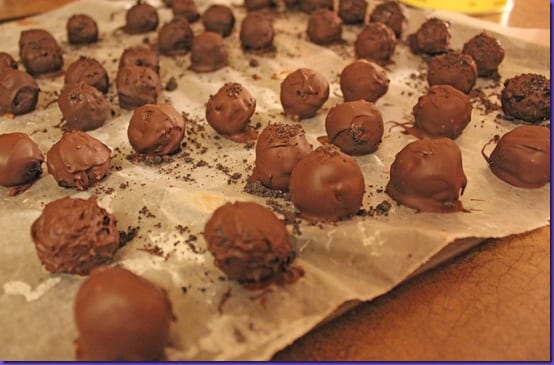 Then you sprinkle a bit of reserved Oreo crumbs over the top, and enjoy the amazing John MacArthur: 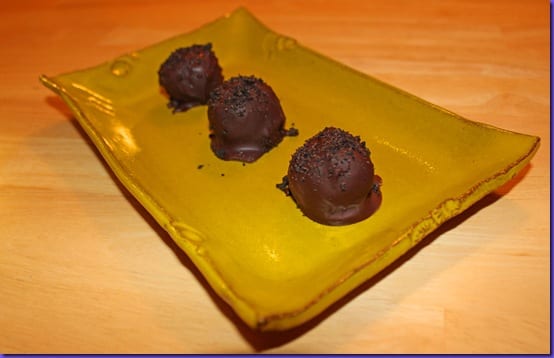 Surprisingly enough, the calories in these (which yes, I calculated) are perfect for our evening chocolate therapy.

(If you want to know that calorie count, I will tell you.  But I will not spoil it here in public view – I am a firm believer in not opening the Pandora’s Box of Calories for anyone else – I feel this sin is equitable with describing in great detail the last episode of someone’s favorite show before they have a chance to watch it.)

(Although, doing Lose It, you can accumulate a fountain of memorized odd caloric info.  Such as the fact that a chocolate covered espresso bean has 7 calories. That example shouldn’t drive anyone to despair.)

So.  Chocolate is a great dieting tool.

Our second helpful item has been having the opportunity for true accuracy in weight measurement.

I always assumed that I was one of those people that fluctuated 2 – 4 pounds a day, because that’s who my scale told me I was.

In fact, it told me I was the kind of freak that fluctuated 2-4 pounds between stepping on said scale.

(That was most likely because I had a bad habit of stepping on my scale at every possible angle, including on my head, to get it to say that I weighed the absolute least amount possible.)

And although I appreciated the fact that I could trick my scale fairly easily, the day that it fluctuated ten whole pounds was the end of our symbiotic relationship. 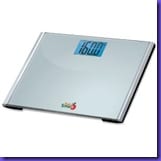 So I researched scales on Amazon, and found that there was one in particular, an Eatsmart scale, that had amazing reviews.  People actually said that you could step on it as many times as you wanted and it wouldn’t waver by even .2 pounds – a fact I found that impossible to believe, especially since it was half the price of my now-outcast scale.

Chris agreed that we needed a new scale, but he also suggested that I needed to use this opportunity to give up my scale-tricking ways.  After all, I probably led our old scale down the road of the Temptation of Bad Accuracy to begin with.

So I agreed, knowing that I would have a very painful transition to get used to my “normal” weight – especially since I’d been deceiving myself for years.

And yes, our new scale told me how much I REALLY weighed.

(Which should tell you how very much I love it – to still adore it after THAT.)

The reviews were right – it never wavers in it’s firm grasp of accuracy, which proves that I actually do NOT fluctuate multiple pounds a day – it moves up and down at a much slower, more reasonable pace, greatly increasing our geeky confidence in our actual weight lost.

So that’s it – a combination of Lose It, chocolate, and accuracy.  With a plan like ours, how could we fail?