I did WAY TOO MUCH talking here last week.  Those answer posts all went ridiculously over my self-inflicted-words-per-post-quota.  And now, thanks to those posts (and probably much more thanks to a tiny creature who likes to keep me awake at night), I’m left exhausted.

Anyone want to take over blogging for me?

Raise your hand if you do… 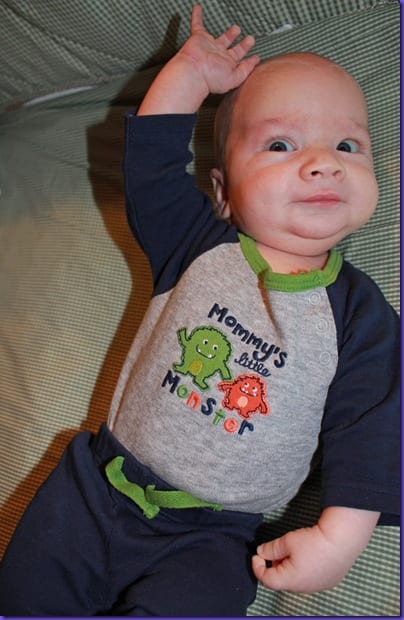 Perfect! A Volunteer!  What would you like to write about?

Your entire life???  That seems rather comprehensive, but okay…

What? You insist on typing in COMIC SANS?? Don’t you know that the world greatly frowns upon the usage of Comic Sans?!

Okay…if you think you’re cute enough to make up for it, be my guest and give it a try.

Week Zero: I wasn’t quite sure where I was or how I got here, and certainly hadn’t decided if it was better than the murky world from whence I came.  So I just zoned out or slept, hoping that when I woke up, things would make more sense. 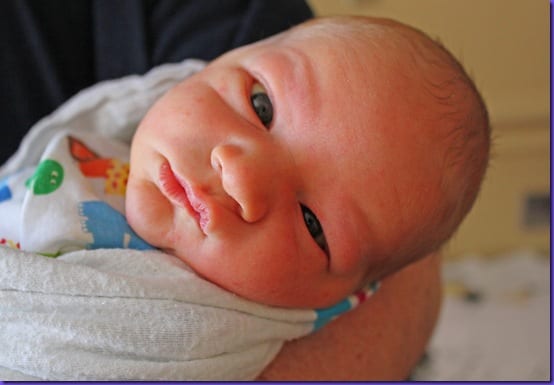 Week One: This new world ROCKS!  It’s like I’m royalty here! I have TWO personal servants that wait on me hand and foot…they even wipe my butt for me!! 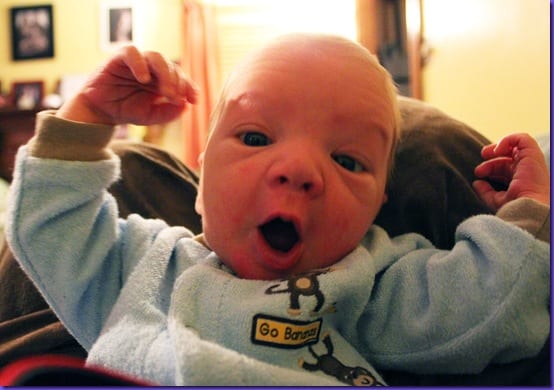 Week Two: Yeah…I’m the bomb.  They’re taking my picture all the time, holding me at all hours of the night…sometimes I wake up and cry just to count how long it takes for them to come running. I pretty much run this joint. 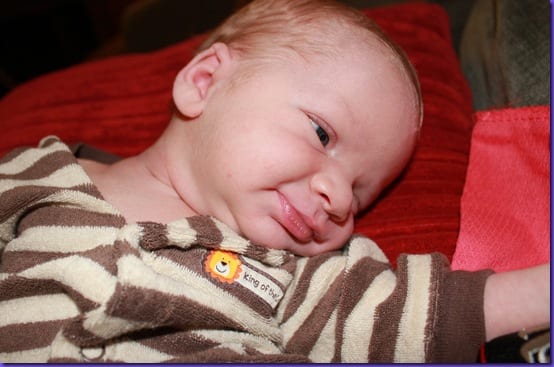 Week Three: I’m starting to hit an awkward phase.  My face looks like Pizza and my head like an 80 year old man.  Funny…my personal Paparazzi isn’t taking as many pictures anymore. 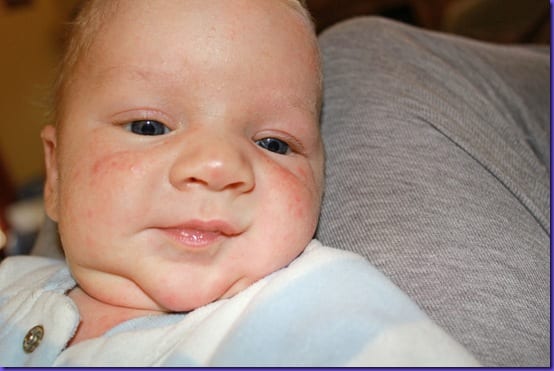 Week Four: The awkwardity worsens.  I’m starting to get worried that this may hurt my popularity.  I keep trying to catch the phone number on the Proactiv commercial, but I don’t know my numbers yet.  And my big sister refuses to help – I think she’s hoping my popularity will wane.  I wonder if she put Nair in my shampoo… 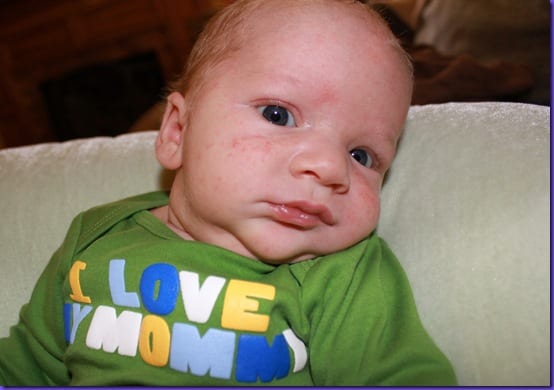 Week Five: Well, acne or no acne, I made the servant that calls himself “Daddy” happy  by fulfilling his wishes to have a son in overalls.  Maybe he’ll protect me from the one that calls herself “Mommy”.  I suspect she’s been blogging about my awkwardness. 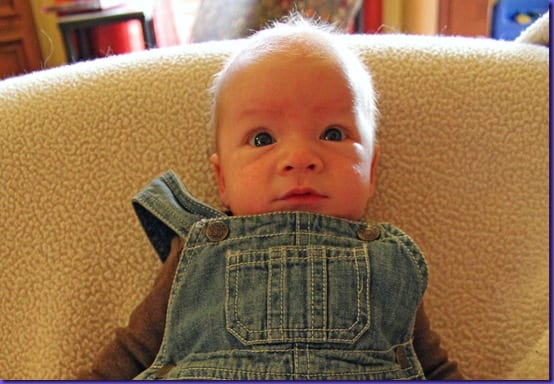 My hair started to regrow!!!!!

This occasion calls for my first smile. 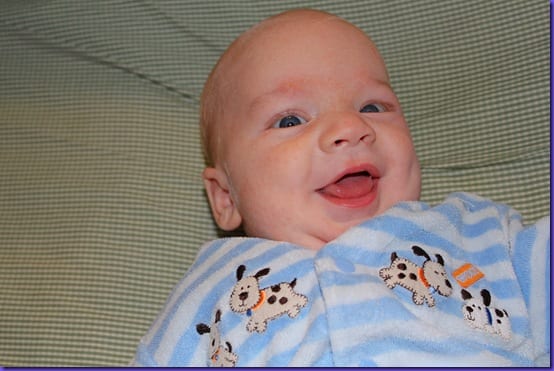 Week Seven: I’ve found that the servants are quite attentive when I use my skill of charm.  I think I’ll use it more often…except in the middle of the night.  No matter how big I smile, they don’t come running!  So I’ll still keep the screaming strategy for times like that. 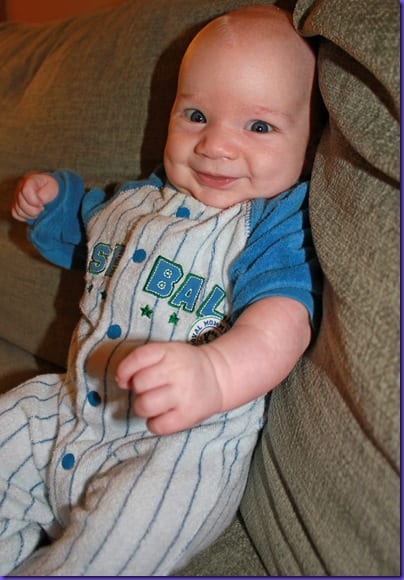 Week Eight: Funny, I’ve found that putting on the charm is really more fun than being fussy, too.  No wonder the servants like it so much.  In fact, I’m becoming such a little politician that I think I could run for office.  Now if I could just find some babies to kiss… 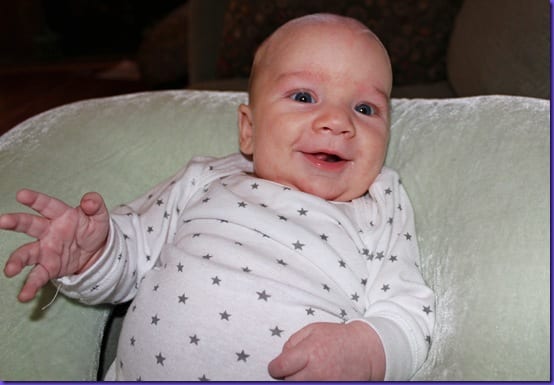 Well, that’s my memoirs.  And I totally plan for it to be the first New York Times Bestseller written in Comic Sans, even if I have to scream at my publisher all night long to get it done.

26 thoughts on “In Which His Life Flashes Before His Eyes.”