I wrote this essay in the fall of 2020, before the election and right in the middle of the extreme tensions surrounding the election, COVID issues, and racial justice issues. I would rather not enter into the fray of current debates when they’re actually happening, and still am not debating any of the issues themselves.

A year later, I feel that the tenets still apply, and I finally felt comfortable sharing this. The second part is written to Christians specifically, but if that isn’t your category, I hope you can read the post for what it is, and understand my heart. 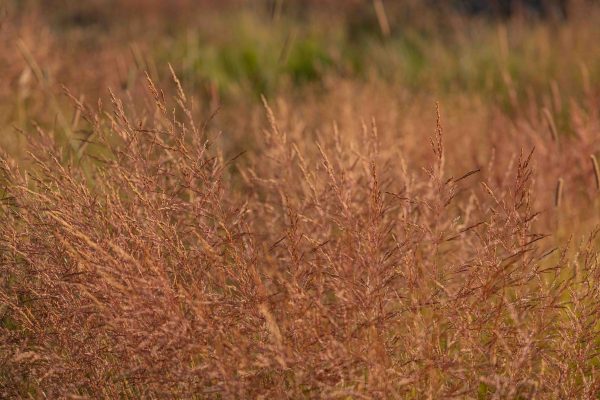 We are living in a time and place that is being cultivated by the extremities of fear.

Besides fear of COVID and/or fear of conspiracies around COVID, we now have even more fear being pumped into us as the election grows closer and closer.

They have learned that due to social media, nothing sells faster, draws people in deeper, and makes them more evangelical for a cause more efficiently than fear.

The fears I see used the most – and this is not an exhaustive list, are:

The Republican Party controls by the fear of:

The Democratic Party controls by fear of:

Here’s how those fears bloom, with the help of social media, into hatred.

Step One: Fear is offered in an attractive way (as attractive as fear can be offered.)

…Democrats offer their fear as a bite of compassion toward others, of human decency, and sometimes through shame and fear of being ostracized/cancelled.

…Republicans offer their fear as a bite of patriotism and religion, the two often so braided together that they cannot easily be unwound, and causing religious people to slowly and unknowingly replace their actual religion with the religion of patriotism, liberty, and freedom.

Step Two: Fear is ingested by those already bent toward those beliefs. As it digests, it morphs and grows.

Step Three: Fear is shared. On social media, through sharing articles that confirm one’s fear of choice. Often accompanied by a status such as “This is terrifying” or some other hot take to impress on the readers the urgency of fear realization.

“Do you realize that unless we do something about this fear, there will be much suffering and grief?”

…But then the sharer sees other people in their social media feeds sharing the opposite fear from the opposite party.

“Did you know that caving to that fear creates extreme suffering and grief in this other way??”

Step Four: They read that opposite fear and it creates deep indigestion and anger as it mixes dissonantly with their own fear.

And hatred is born.

Step Five: Their social media posts, which used to be pleading and fearful and even informational and informative at best, mold and curdle. They turn in their phrasing and slant and become accusatory and hateful, damning and exclusive.

“If you don’t buy into my fear, then just unfollow me!”

“If you are going against my fear, then I will take it as a personal attack on myself and my family.”

Insert anything you wish into those fear spots…

But here’s the bottom line:

ALL of those people on both sides of every issue are being controlled by fear, and being used to breed hatred. And by so doing, they are fulfilling the prophecies that they are fighting against.

…They are fulfilling the fear that life as we know it will be over – because we are a fractured, polarized nation feasting on fear and hatred, rather than seeking logical and compassionate discourse that first looks to love, see, and understand others.

…They are fulfilling the fear that life as we know it will stay forever – because when the discourse is being focused in a negative, hateful, accusatory way, it is not constructive, does not bring anyone over to their cause but only causes the “other side” to further entrench,  and only grows the rifts that they want fixed.

…They are fulfilling the fear of being censored by spreading hate and violence haphazardly, which often leads to spreading misinformation without realizing it.

We must step away from the fear, and from the devices / channels / apps / media / political parties that are using us as vessels of fear. We must be committed to separating our emotions from our discourse, and practice seeing issues from both sides. We must embrace the idea of nuance, as none of our societal issues are rightly answerable by one extreme or the other.

To my fellow Christians:

Over the past two years I have watched as the above pattern has leached through the Christian community at an accelerating rate. It has infected our churches, our community groups, and our families. Social media has been full of the taking of sides, the forming of battle lines, the rude jabs that take place on the internet between people who claim to love and respect each other, and the continuous pushing of fear-agendas and conspiracy theories.

“For you are where my strength comes from and my protector, so why would you leave me now? Must I be covered with gloom while the enemy comes after me, gloating with glee? Pour into me the brightness of your daybreak! Pour into me the rays of revelation-truth! Let them comfort and gently lead me onto the shining path, showing the way into your burning presence, into your many sanctuaries of holiness. Then I will come closer to your very altar until I come before you, the God of my ecstatic joy! Then I will say to my soul, ‘Don’t be discouraged; don’t be disturbed, for I fully expect my Savior-God to break through for me.’ Yes, living before His face is my saving grace!

Specifically regarding the fear that Christians are losing a battle in government, The New Testament’s words about government never had to do with Christians gaining power and influence or not losing their rights. Also, we can clearly see by looking at many of the politicians who have claimed to be Christians that Christian Power does not always promote Christian Values. In fact, often it does the opposite – it corrupts, it exposes hypocrisy (politicians using Christianity to gain votes and then having their own lives exposed) and it ultimately drives many, many people away from Christ.

What the Bible does tell us, repeatedly, about Government, is to submit to it.

Be subject for the Lord’s sake to every human institution, whether it be to the emperor as supreme, or to governors as sent by him to punish those who do evil and to praise those who do good. For this is the will of God, that by doing good you should put to silence the ignorance of foolish people. Live as people who are free, not using your freedom as a cover-up for evil, but living as servants of God. Honor everyone. Love the brotherhood. Fear God. Honor the emperor.

Let every person be subject to the governing authorities. For there is no authority except from God, and those that exist have been instituted by God. Therefore whoever resists the authorities resists what God has appointed, and those who resist will incur judgment.

If we find ourselves in a place where we are suspicious and rebellious against everything that our Government suggests, urges, or promotes, or in a place where we’re quicker to follow any random conspiracy theory than our government, then perhaps we need to reassess our hearts and see if we’re doing that out of true biblical conviction, or out of a seed of fear. Regardless of whether the government is right or wrong, we have been commanded to be subject to it.

On a related note, the Bible tells us not to worry. A LOT.

Refrain from anger and turn from wrath; do not fret—it leads only to evil.

Do not be anxious about anything, but in everything by prayer and supplication with thanksgiving let your requests be made known to God. And the PEACE of God, which surpasses all understanding, will guard your hearts and your minds in Christ Jesus.

I know it’s not easy. I’ve personally struggled with fear of judgment from others, and fear of where all of the radicalization of opinions will lead to. I have had too much fear to post this essay about fear. Ironic, no?

So I’ll tell you what I keep telling myself. If you find yourself in a place of great turmoil, anxiety, or depression with regards to anything having to do with the here and now, the temporal, the political, or even the viral, I recommend reducing your social media time, turning off the news, closing your browser windows, moving away from the present, and immersing yourself in the Kingdom of God. The peace that passes understanding is the solution to your fears. It is the reason for our hope. It is the balm to our anxiety and depression caused by living in this fear-addled time. And it is what truly matters.

This post is not about any of the specific issues that were mentioned as examples, and will not be a place for debate about those issues. Any comments trying to spread fear or debate issues will be disallowed, for the safety of the environment and the keeping of my sanity.

3 thoughts on “Radicalization by Fear.”