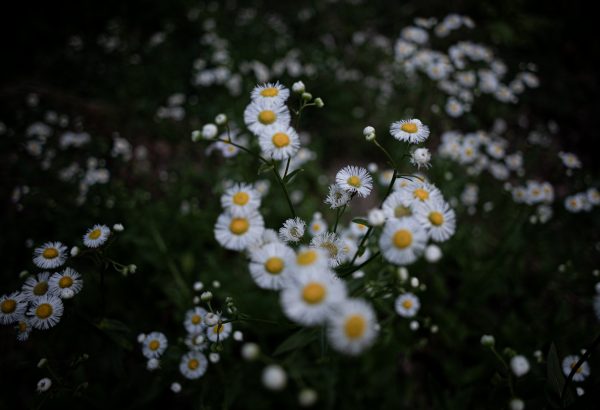 I miss writing terribly, and I’ve tried several times over the past couple years to return to it with regularity, but I find myself unable to do so. I’ve lost my voice, and lost my ability to write in the humorous way that I enjoyed so much.

Part of it is that my kids are grown, and funnier things happen in a life with toddlers. And sometimes when funny things happen to 10 and 14 year olds, they don’t want it shared – which is totally fair.

But there’s a lot more to it than that – because I used to write about way more topics than my kids.

Last month, it struck me that my humor isn’t only gone in my writing. I actually feel less humorous and less light-hearted in real life, and in my head as well.

So then I began pondering that – working through the whys and whats and how I’ve changed and why I’m more reserved and serious.

Although it has been slowly building for several years now, I have a much greater paranoia post-2020 about everything I say. 2020 was a year of breaking apart in new and different ways, along with a breaking apart more violently in familiar ways. COVID became a thing that people had vastly differing opinions on, and there wasn’t always necessarily a predictable pattern on who would feel what – and when. Many people shared their opinions forcefully, leaving those of us who read their opinions to shrink back when we were with them, concerned about offending them. Many of us have even had vastly differing opinions from ourself from month to month.

In every interaction with every human, whether grocery store clerk or best friend, we all learned to have a running commentary in our head. “Am I standing too close for their comfort? Are they offended that I’m not wearing a mask? Are they offended that I’m wearing a mask? Oh my gosh did I just spit a bit when I spoke?? Will they be offended if I don’t hug them? Will they be offended if I do hug them?”

Okay, the grocery store clerk would definitely be offended if you hugged him. But besides that.

We learned these tics from living with the uncertainties of people’s feelings with COVID, and my tics continued on into my everyday life, breaking down every word I said, whether they had to do with COVID or not.

I became more cautious, more grave, more paranoid, and much more analytical of every word and hating myself for all the ways someone could have taken it. I became terrified of nearly all social situations because of the post-social-anxiety I knew I’d have on the backside. I would even pray “Dear God please don’t let me say anything that I’ll find a way to feel awful about afterward.”

I wasn’t saying anything more offensive than I would normally say – in fact, I was, and am, saying far fewer things than ever. But my mind can find a way to create a pathway for any sentence I say to be offensive.

If COVID had been the only issue of 2020 that separated us, we all might have recovered quicker. But there were so many more. It was a year that was determined to pit everyone against each other, and to radicalize many people to the extremes of their leanings. Nuanced, middle-ground people who have friends on both sides and can understand how both arrived at their conclusions backed away and became silent to prevent being attacked by both sides.

In my analysis of what has changed, I further realized that many people now look to the internet to find something to be offended by rather than to be entertained by, or even to be encouraged by. The most innocuous lighthearted joke in an Instagram caption can set someone off, and although sometimes I’m amused by the displaced outrage that comes my way, it always hurts a bit – knowing that anything I say can be misconstrued. One of my greatest fears is people finding me offensive or rude or mean or unlikable – and so, the internet is now a swimming pool stuffed with sharks specially trained to destroy my psyche.

Because of this, the range of things that can be funny is about 3% of what it was a decade ago. For example, Ali, who wants to help me blog (and I have a secret vision of her taking over the blog one day), had this hilarious idea for a blog post and was extraordinarily excited about writing it. “You know Mom, it’s kind of like the one you wrote in 2009…” (She’s been reading all my old blogs via the printed books that I made for the kids.) But I had to explain to her that yes, while her idea is funny, and it is very much like that post I wrote in 2009, you can’t write things like that anymore because some people would read it and misconstrue it in “x” way and be offended.

“Oh. I would have never thought of that connection. But we wouldn’t mean it like that at all.”

I know, but some people would assume we did. Because they’re looking to be offended, not entertained. They’re reading with an eye for insult, not humor.

And so, I talk myself out of writing almost everything that comes into my head. And less things come into my head for lack of exercise. And therefore, I’ve lost my sense of humor.

And now with COVID being re-stirred and Delta and masking of vaccinated people and all the arguments back and forth between the angry-because-some-people-aren’t-vaccinated crowd and the Government-can’t-force-me-to-do-anything crowd…last month was when I had to say “enough.” I couldn’t handle reading the extremities of opinions anymore. I couldn’t handle seeing us torn apart as a nation over every single issue. It is dangerous for my mental health and state of mind and frankly, my personality. I don’t like my humorless, frightened-of-every-word-I-say self.

For me, the first step was having Apple limit my Facebook time, so that I could not mindlessly scroll.

(Tip: on iPhones, you can limit yourself by going to Settings –> Screen Time –> App Limits, Then you can choose entire categories of apps or specific apps, and designate an amount of time per day that you’re allowed to use them.)

I left myself enough daily time for quickly checking notifications and seeing what one thing Facebook considers most important for me to see before I get kicked out.

I need away from all of the radicalization, the extremes, the outrage.

I need my heart and my mind to be able to breathe, to heal, to reflect the love and peace of God rather than to be battered and scarred by the world.

Do not conform to the pattern of this world but be transformed by the renewing of your mind.
– Romans 12:2

I am hoping that by limiting my intake, my mind can heal and I can find my voice to write again.

If you are feeling similar feelings, feel free to reach out – I feel you, I understand what you’re going through. If you’re not, nothing is wrong with you – it’s me, not you. I tend to take every bit of outrage to heart even if it doesn’t apply to me. I somehow feel a tiny bit guilty inside every time I read a rage post on Facebook – even if I’m not in the group it is raging against. So clearly I’m the broken one here, and if you’re not broken, I applaud you, and am a little bit jealous.