Tonight is the first presidential debate.

Approximately 55% of the country moans in desperation, crying out to God, asking “Is this the judgment we’ve read about in Revelation??”

Apocalyptic or not, a debate between Trump and Clinton is perhaps the last thing I want to watch, especially since they’re not even letting any third party candidates in to chop up the madness into more palatable bites.

But watch I will. Or at least sit in the room while Chris watches it and I stare at my phone.

However, I do wish that the Beings in Charge would have conferred with me as to the setup of this debate. Because I have a few ideas. A few million ideas possibly, but definitely a few ideas that would make this whole showdown less nauseating.

After all, we live in a Media-Crazed Reality-Show world, which is partially to blame for the situation we find ourselves in now. So why not utilize those setups and make the whole catastrophe at least more interesting, and possibly even more informative?

Let me present a few of my ideas to you, since no one else has asked for them.

1. A dinner at Downton Abbey. 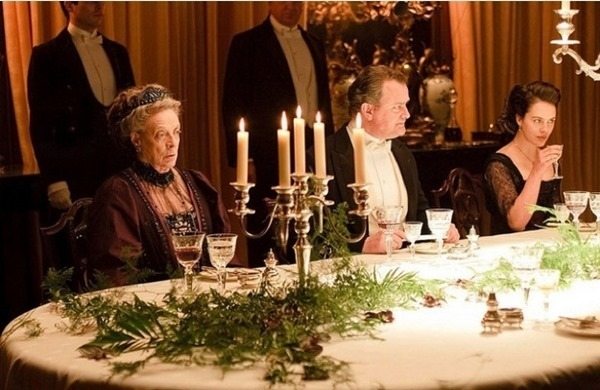 I think the IDEAL way to truly grasp the candidate’s ability to handle such a high-stress job would be to have Mrs. and Mr. Clinton, along with Mr. and Mrs. Trump, attend a dinner party with the Crawleys. The Dowager Countess, of course, would be in charge of questioning the candidates. After leaving them both at a loss for words with her endlessly witty smackdowns, she would concisely pass her judgment.

“Is this an instrument of communication or torture?”

“She is like a homing pigeon. She finds our underbelly every time… Dreadful woman!”

Then she would throw up her hands and say “Why does everyday involve a fight with an American?”

I agree, Violet. I agree.

But if Downton Abbey didn’t work out…

I think the important skills of avoiding the sting of Tracker Jackers, the jaws of Wolf Muttations, and no matter how hungry you are, not tasting those delicious looking Nightlock berries would be a good judge of ability to be the President of the United States of America.

And hey. If a face full of Tracker Jacker stings left one or two opponents unable to run for office anymore, I think America would be able to recover from their loss….eventually.

You know what, no.

4. A Day of Alabama Football practice.

They don’t even have to practice football. Really any situation where Saban can yell at them for a solid eight hours and then have a press conference where he talks about how vastly disappointed he is in the both of them would make me blissfully happy. 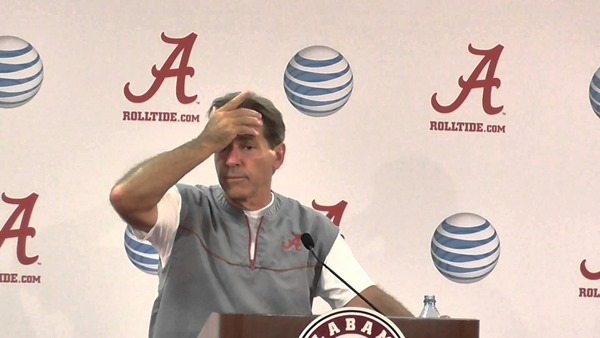 That’s just because I want to see any mortal swim next to Michael Phelps. But Hillary and Donald would be especially amusing – most notably watching the orange hair (and orange chest hair) flap about in the pool and seeing that pantsswimsuit.

In this hit show, both contestants would serve in a one month trial presidency under Barack Obama. They would compete in important presidential skills, such as negotiating peace treaties, wrestling with massive lose-lose policy decisions, rolling Easter eggs on the White House lawn, and eating monkey brains with the King of that country in Indiana Jones and The Temple of Doom. Who can eat it with a straight face and presidential flair? Who hears “You’re Fired!”? 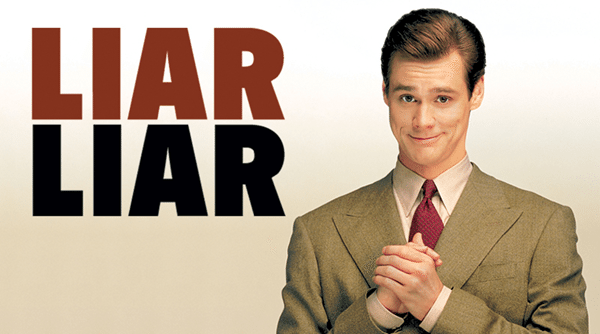 Find that fantastic kid Max who wished his Dad couldn’t lie for 24 hours, and then pay him a million dollars to wish the same about Hill and Don. Then ask them each a question per minute for the entire 24 hours.

OH. MY. GOODNESS. The glory.

What would you create to replace the presidential debates? Make it good. Give me something to read and laugh about during the torture tonight.

7 thoughts on “7 Things Better Than a Debate.”