I love ALL of God’s endlessly imaginative creatures.

In fact, I’ve been on an animal finding bender lately.

(And not just dead ones.)

I stalked a giant, pizza-pan-sized snapping turtle down a creek near my house, 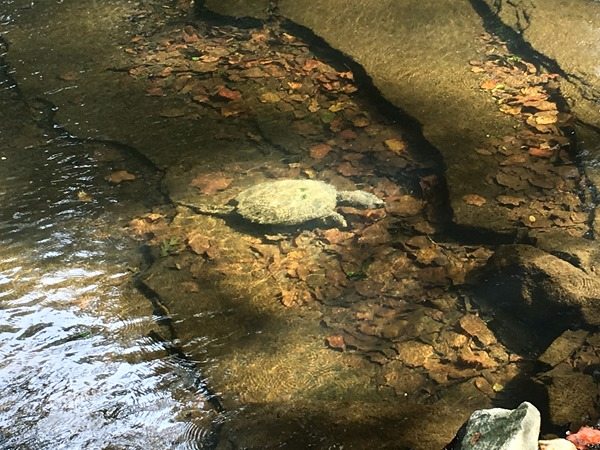 (He even had spikes on his tail! I now understand Super Mario. BOWSER WAS A SNAPPING TURTLE.) 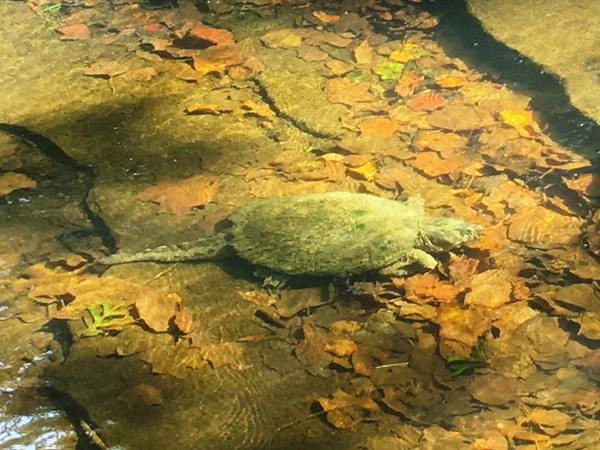 I’ve been LOVING getting to know the exotic Mediterranean House Gecko family that’s moved in on our porch – or rather, the Dad lives on our porch, eating all the night bugs, 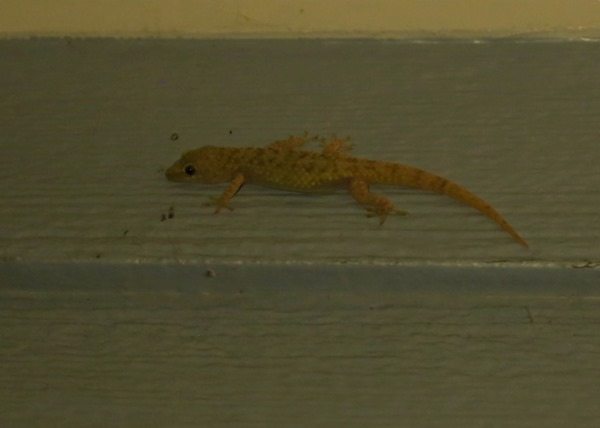 They’re a bit worried about all the immigration debates. They crawled a long way to get from the Mediterranean to Birmingham, Alabama.

And the babies live in our garage walls. They’re the most cuddly geckos you’ve ever seen. 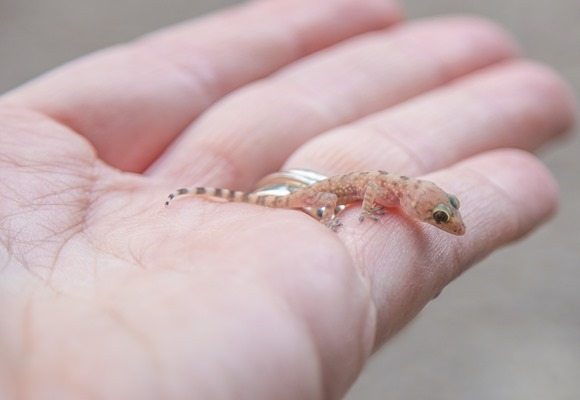 Of course I put this one back as soon as I finished his complimentary newborn photo sesh.

The giant fishing spider we found while fossil-hunting fascinated me, and I didn’t even mind the Black Widow Spider Tanya found downtown while we were running.

(I mean of all the places I go in the woods and it’s downtown that I see my first Black Widow? Whatever, nature.)

(And you’re welcome for the lack of spider pictures in this post. You know who you are.)

The tiny creatures I find are my favorite. Like the hike we took where we lost count at 80-something baby toads – because toads are best when they’re miniscule (just like humans), 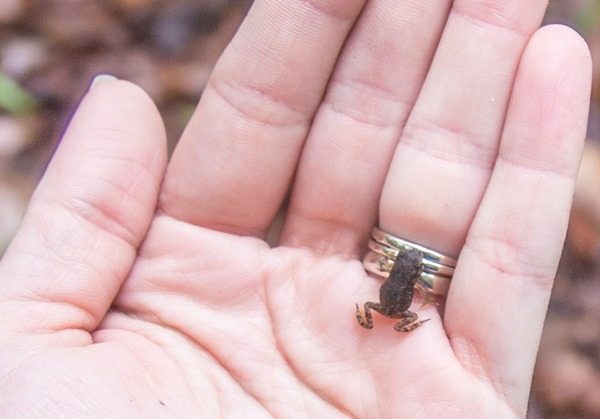 And also baby lizards – not quite as cute as baby geckos, but I try not to give them complexes. 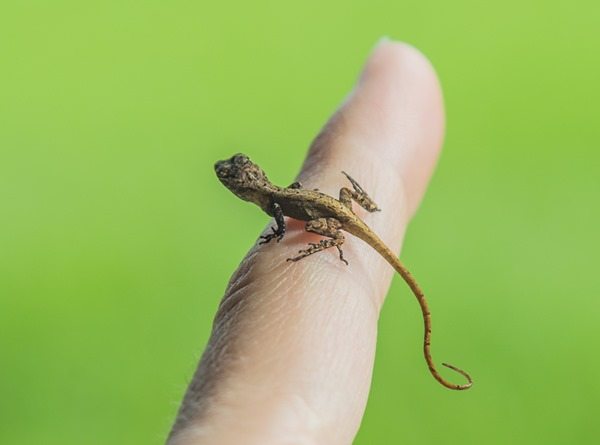 I stalk butterflies sucking the last of the nectar out of the fall flowers with their straw-like proboscises.. (we’re studying Botany this year – don’t I sound smart?) 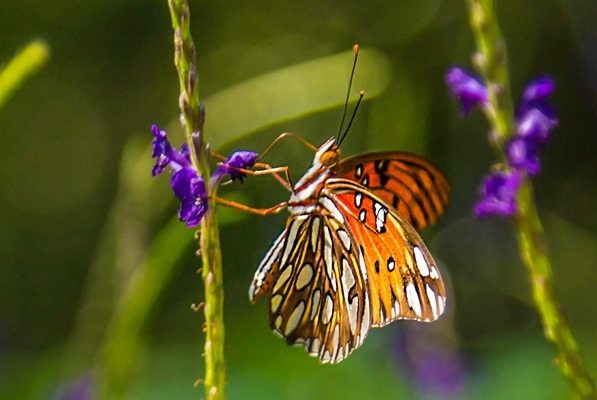 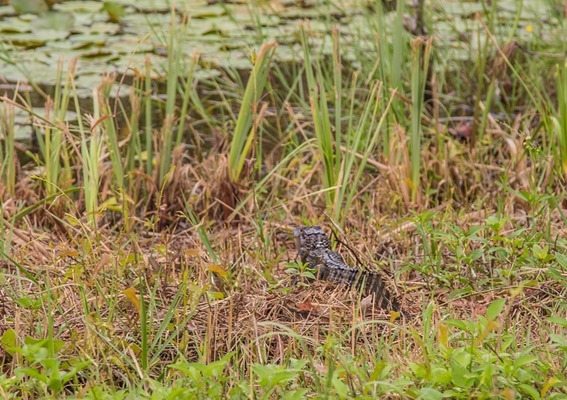 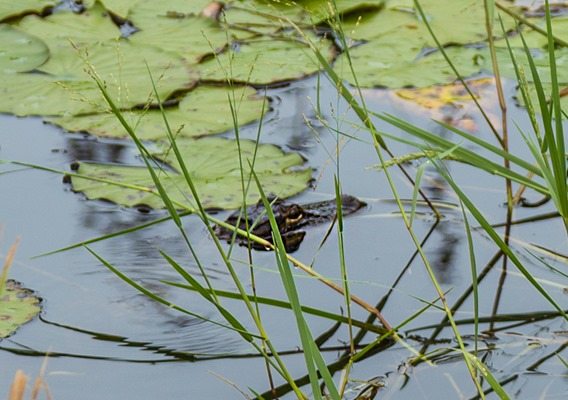 And my favorite run all season has been the one where I saw two snakes (one of which was a cottonmouth and I yet again misidentified him as harmless and followed him way too closely to get good pictures) (which I’m not sharing yet again because I’m a good person) and this guy, a fighting Crawfish, who let me know he was ready for battle, although he did trip and fall twice while trying to put up his dukes and make a backwards hasty retreat at the same time. 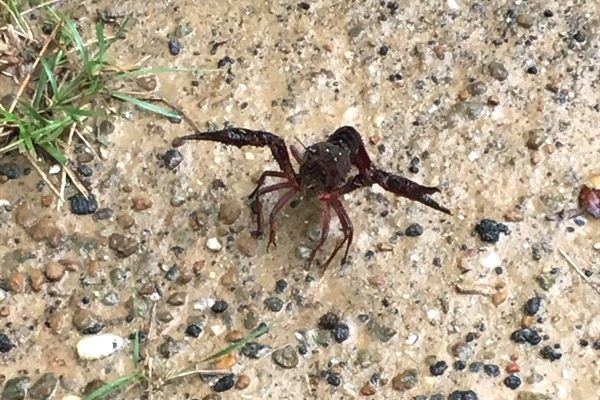 So can we all agree that I really appreciate, adore, and regularly ponder the goodness of God’s creation in the animal kingdom?

I’ve already laid out my main reasons for my feelings on dogs. But let me share with you what happened this week, which further cemented my eternal feelings of canine animosity.

Every Monday afternoon, Noah and I have exactly 55 minutes to waste while Ali is in gymnastics. It’s that perfect amount of time that is way too long to sit in ones car but too short to go most places. 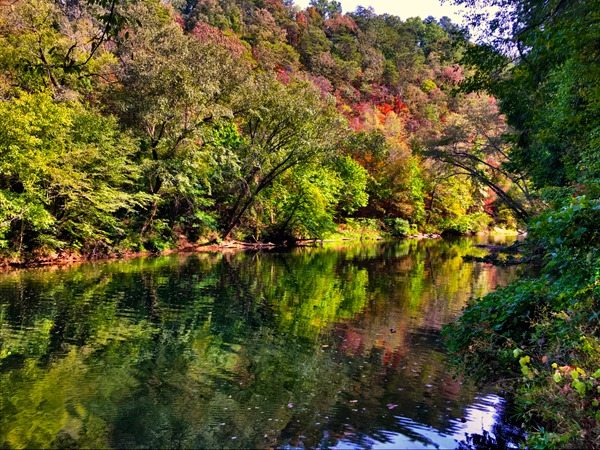 Every time we go, there are dogs and their owners there.

And, it seems, dogs lose any and all sense of obedience and proper behavior when in or near a river.

Last time, we got jumped by two dogs. And both owners, despite my telling them that my son does not like dogs (for reasons such as this), continued to let their dogs jump on us until we left.

This time, there was only one guy and one dog at the river. They looked calm and quiet, deeply involved in their game of fetch. I had high hopes. But we walked the opposite way down the river bank anyway.

After thoroughly exploring, Noah really wanted to check out the island that the man and his dog were on, an island normally not in existence since the water is usually higher. Since it was a rare island, I reluctantly agreed. We walked out to it, purposefully walking away from the whole dog situation.

They continued to play fetch while Noah and I explored.

…Until Noah made the fateful mistake of throwing a rock into the river.

We were so far from the dog that he should have been out of earshot, but no. He heard. And he assumed that Noah very much wanted to play fetch with him.

He bounded by Noah and I and into the river, retrieved the rock, and began jumping on Noah.

Meanwhile, the dog owner was repeating in a calm voice, “Watch out – he will jump on you.”

Dog owners of the world. How about when your dog is actively jumping on my kid, and my kid is screaming, try the words “Come! Sit! Stay!” instead of “Hey watch out there because my dog will invade your personal space and leave muddy paw prints all over you and he might slobber your face while he’s up there because clearly he’s taller than your son so hey you might want to watch out.”

How is that helpful?

By “watch out” are you just letting me know “Hey! I’m not going to do anything about my dog and we both know you can’t/won’t, so let’s enjoy watching together while my dog clobbers your son into the river!”

These were the thoughts going through my mind as my voice was actually being quite generous (and lying) and saying “That’s okay – he threw the rock – I’m sure the dog was confused”, so I didn’t notice right away that the dog very suddenly changed focus, having grown bored with terrorizing my son, and leapt over to where I was standing and up onto my torso.

I flailed backwards a bit, now covered in mud and the perfume of nasty wet river dog, and began to lose my balance. I flailed more, as the oh-so-helpful dog owner kept quietly repeating “Watch out – he will jump on you.”

I caught myself from falling, but in the process dropped my phone. And we all four watched it bounce, bounce bounce into the river.

At THAT point, the psychotically calm dog owner lost his cool and screamed out an obscenity. He, I, and the dog all dove for my phone.

(I mean an iPhone is as good as a rock or stick for a game of river fetch, so why not?)

I got to it first, pulling it out of the bottom of the creek bed (it was shallow but the phone had still been completely submerged), and began shaking the water out of the headphone jack.

Dog owner apologized and asked if it was okay.

Noah asked if it was okay and said this is why he didn’t like dogs.

I turned off my phone and told them both as much, having heard that the frying of electronics happens because they’re left on while wet.

Dog Owner fumbled around in his pocket and said “Let me give you some contact info in case it doesn’t come back on.” But I was too shaken up, too muddy, and smelt too much of river dog to want to deal.

So I shook my head, turned around and began walking away, and said “That’s okay, have a nice day.”

Yeah. I told the guy to have a nice day.

I’m a southern girl. It’s what you do. It was the most Bless Your Heart statement I could muster at that moment.

Then I realized that the whole dog attack thing had probably taken longer than I thought, and on top of that, I didn’t have a phone I could turn on to see what time it was, and I had a kid I needed to pick up from gymnastics.

So Noah and I took off running.

Which I’m sure didn’t look strange AT ALL.

We made it to Gymnastics at the very moment Ali was let out of class. After securing my child, my stress from the whole ordeal began to catch up with me and I felt quite a deep sadness at the prospect of forever losing my Apple Appendage.

He regaled the tale to her, with five year old dramatic flair, reiterating again how much he didn’t like dogs, and she gasped at the prospect of my phone being roadkill.

Or riverkill, as it was.

We went home and I put my phone in a bag with desiccant packets (something I keep around to pack my camera in after an especially humid sunset), and I tried to not stare as it decided whether it would live or die.

After two hours, I couldn’t take the suspense any longer.

I removed it from its isolette in iPICU…

The dog had failed at frying my phone.

But he had not failed at further cementing my feelings toward his species.