We’re fine – thanks for all who checked in on us!  It seems that Alabama made it through last night’s round of tornadoes relatively unscathed. Mississippi was not as fortunate – we are praying for the families in Louisville and Tupelo. There’s another round coming through both states this afternoon, so we’ll be back in the basement having a party in just a little while. But in the meantime, today’s post…

Noah was quite jealous when he found out that Ali got a three minute vlog opportunity yesterday. 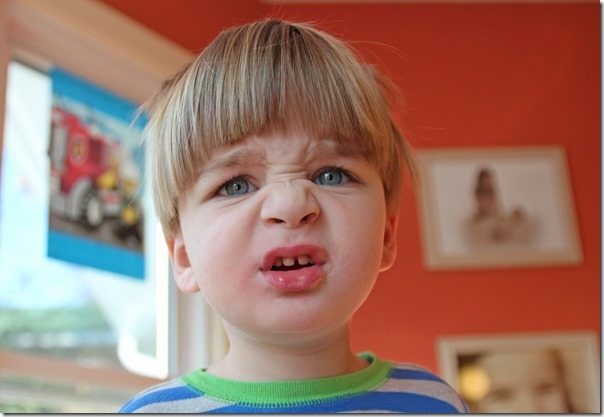 So he wanted to add his own RIGHT. AWAY.

First, he had some potty-training realizations that he wanted to share.

And second, he wanted to show the world this very real* method of parenting that I use on a daily basis.

* The technique is real, and the recording of the “punishment” is real, but the demands are a reenactment. (Hence the smiling undertones.) Real demands are MUCH whinier.

Okay. He’s feeling better now. How about you?

Added Feature: The Ask, with me cut out, per Robin’s request:

8 thoughts on “Noah Steps Up.”