This is a guest post by my Dad. His prior guest posts can all be found here.

A year and a half ago, Rachel related the diagnosis of my cancer. I was stunned and deeply appreciative of all of the comments, concerns and prayers that her readers expressed. This week, when Rachel asked for a guest post (she didn’t ask me, by the way, she asked her mother to ask me!?!), I thought it might be time to update everyone on the progress of the journey.

First though, I think you should know the miraculous way in which the cancer was discovered. On a Thursday night, I woke up with bright flashes of light, almost stroboscopic, with my eyes closed. It continued even with my eyes open for several hours. I obviously didn’t know what was going on, and was concerned enough to go to the local paramedics Friday morning, thinking I might be having a stroke. They could find nothing wrong, but suggested I go to the emergency room. When I asked why, they responded that they suggest that to everyone who has symptoms they couldn’t explain.

Instead of going to the hospital, I decided to go directly to my family doctor. He was out of town, but I was examined by his partner who said that the flashes were an indication of migraine headaches. The flashes had stopped by this point, so I went on about my business and dismissed it altogether. Saturday, the area around my left eye began to swell and become irritated. By Monday, I was unable to open the eye, and when my wife pried it open, she said I had water blisters on my eyeball. OK, time to get serious and try to find out just what was going on.

We went to Sara’s ophthalmologist, a new experience for me since I have always been blessed with 20/20 vision. Her doctor said that I had a detached retina and sent me down the hall to a retina specialist.

That specialist was not in the office, so I was to see a new doctor that had just arrived the past week.

Not only was the doctor new to the practice, he was very young – disturbingly young.

After a long exam, and lots of lights shined into my eyes from every conceivable angle, he told me that I had a melanoma on one of the layers of my retina. It turned out that he had just finished a two year fellowship in Memphis with one of the four doctors in the country that specialize in this particular cancer. He had seen hundreds of these, but no one else in the office had ever seen a single one.

“How fast can you get to Memphis?”

Sonar, photos and more exams took place in Memphis and the diagnosis was confirmed. All of the swelling and water blisters disappeared, and were never explained or connected to the cancer.

The doctor in Memphis suggested a treatment, one that he performed on three patients a week. We set a time for the surgery, a time that allowed Sara and I to complete our planned 40 year anniversary “Lap of Alabama.” 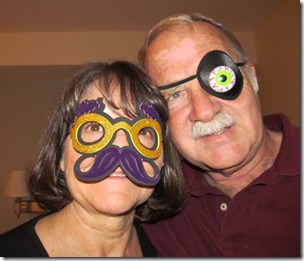 The treatment consisted of stitching a nickel sized receptacle containing 13 radioactive seeds to the back surface of my eye. A lead patch was placed over the front of my eye and the whole assembly was left in place for a week.

During that week, we were required to stay in Memphis and certainly not allowed to cross state lines – because Homeland Security could track the radioactivity of my eyeball.

After a week, the “plaque” was removed and I was allowed to return home.

In the 15 months since the surgery, follow up exams have shown that the tumor is shrinking, and that there is no sign that it has spread anywhere else in my body. They tell me that if it intended to spread, it would already be in my blood and could spread to my liver or lungs. I have now had enough CAT scans and x-rays at the VA to give me cancer, but so far, all is good.

Although some people might call this a “scare”, I don’t think I was ever scared. I have seen miracles. I continue to see miracles. Sight itself is a miracle. My blue eyed (as well as my brown eyed) grandchildren are miracles. 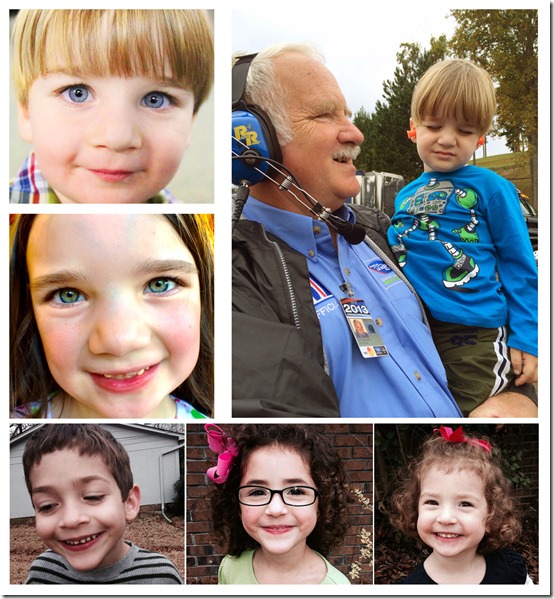 Although it may be a cliché, this experience has made me see more clearly what is important in my life. I have realized my own mortality, and that there are things I need to accomplish – to finish in the time I have left. I have been able to focus better on family relationships and friendships. I realize how blessed I am health wise, brought home more clearly whenever I see some of the less fortunate at the VA hospital. I also know (though I don’t fully understand) that God, the creator of the universe, cares for even me.

18 thoughts on “A Journey Update”