(Except those of you who are still letting it sit on your DVR, risking at every moment the finale being bumped off for one more episode of Jake and the Neverland Pirates. I hope you’re duly nervous about this very real possibility.)

(And except for those of you who are still Downton Abbey holdouts, never having watched a single episode. More power to you.)

I finished hacking watching Downton Abbey with England a couple of days after Christmas, but I will admit that I skipped two, maybe three episodes of this season, and have yet to go back and watch them.

Because…can we all agree that the overarching feeling of foreboding makes the show less enjoyable? Now that we know they will kill main characters mercilessly (and, in Matthew’s case, in a ridiculously written manner,) we must live with the constant fear that they could kill again at any moment.

If I could fund a Kickstarter campaign to pay for the Dowager Countess to live forever, I’d donate twice a month.

So, although I usually wrap up the season with a uselessly explanatory graphic like this one, 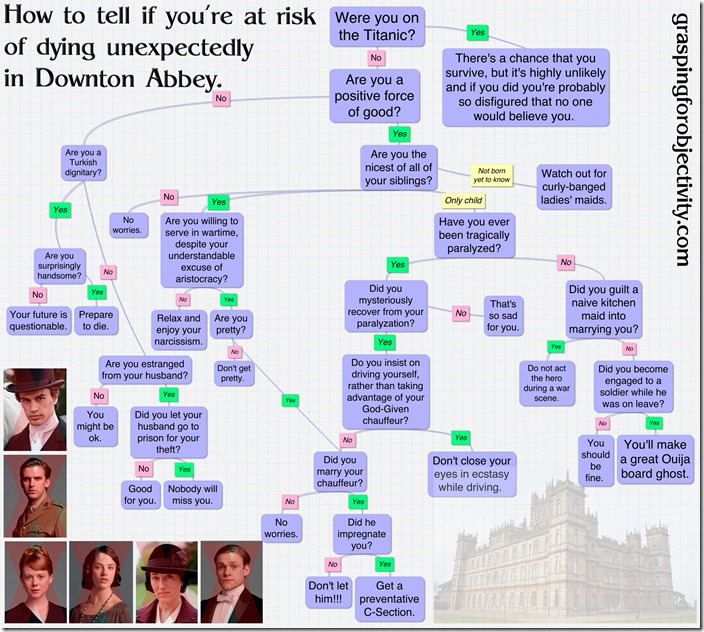 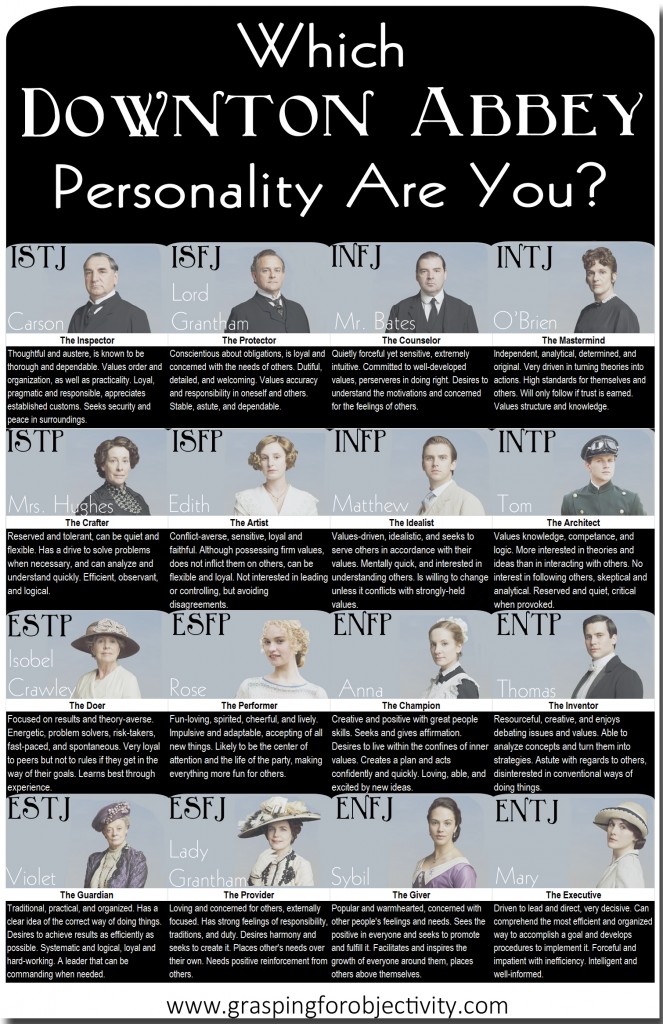 I decided that this year I would try something new to help fix the issue of our forebodings. I am leaving a reverse Last Will and Testament, where I can pay it backwards to the characters on Downton Abbey. Because I believe that giving one item from the future to each character could solve all of their problems.

(Because it’s so Utopian in our here and now and all.)

To Edith and Mr. Gregson, I would like to gift you jointly with the “Find My Friends” App. This will solve everything for you – except for when the satellite gets a little off-kilter and makes it look like your man is in the middle of the woods doing a drug deal or worse. But no worries – just refresh. You’ll find him where he’s supposed to be.

To Mary, I send you back an entire Titanic-full of sunblock. Because no, we’ve never seen you burn, but I cut holes in the couch with my fingernails every episode just knowing that it’s bound to happen soon – especially now that you’re into pig farming.

To Lord Robert Grantham, I give you my financial advisor. It’s okay not to have a head for finances, Bob. Can I call you Bob? As long as you have someone with which to have a quiet conversation. And to tell you that you’re INSANE to invest in the Railways. Instead, maybe read up on The Wright Brothers.

To Thomas, I leave you World of Warcraft. Because you clearly need something all-encompassing in which you can relieve all of your competitive, strategic, conspiratorial tendencies. You’ll be a better person to have this outlet – I promise.

To Cora, I leave heart medicine. Not for you to take – for Pamuk. Because no Mom should have to help her daughter carry a full-grown dead man through a castle.

To Violet, the dearest Dowager Countess, I bequeath you nothing. Because you don’t need my help to carry out any plan, and we all know you wouldn’t use anything from that blasted future anyway.

To Branson, I bequeath the knowledge that socialism isn’t so great. So relax and enjoy the big house, dear sir. Oh – and don’t talk to the maids. It makes me nervous.

To Anna, I bequeath mace. Or a pink gun. Or perhaps a tazer. Or all three.

To Carson, I give you a wine decanter. Those dirty wash cloths you’ve been using make me gag a little every time.

To Mrs. Patmore, I bequeath Paxil. Soufflés are a lot easier not to ruin if you can calm the flip down.

To Mrs. Hughes, I bequeath a flight to The Caymans. You’ve spent eleven years counseling every member of that household – you deserve a vacation.

To Isobel, I bequeath a blog. You need somewhere to share your passionate positions with the world, and I can envision you pounding your keyboard with a ferocity that rivals Perez Hilton.

To Bates, you don’t need anything. You are a man that GETS. IT. DONE.

What would you send back in time for these characters?

7 thoughts on “Gifts to Characters on Downton Abbey.”