Today was the day that I realized my two-year-old was a musician.

Not because he’s ever touched an instrument, but by watching his face.

As we were driving home, just the two of us, he kept asking insistently for me to put on “Seven Bridges Road.” I finally did, and turned it up. Then happened to look in the rearview mirror.

It gave me chills.

When the song started with an a cappella four-part harmony, he closed his eyes and assumed a facial expression that can only be described as pure satisfaction. Although I should have been driving, I was drawn to keep watching him. His facial expressions rose and fell with the music, and it was so clear how intently he was listening.

I realized that I needed to buy the kid an Eagles album. He can really appreciate a good harmony.

I found myself wanting to offer up my son more music that might impress him, as if I was trying to find the perfect wine to impress a master sommelier. I decided to try my favorite harmony-heavy song – “Anybody Out There” by Burlap to Cashmere. He intently stared out the window. At first I thought he wasn’t listening, but then I realized he was studying every single note. As the song picked up passion, I started hitting my leg to the beat. He jerked his head around to see where it was coming from – he knew it didn’t belong in the song.

I wrote that last July, but never posted it.

And now, as I write this, I’m listening to now three-year-old Noah on the monitor.

Napping, he is supposed to be.

Singing, he is doing instead.

Over and over and with impressively decent pitch he sings the lyrics – or should I say the one lyric.

(Lyric courtesy of Bob the Builder. And Wendy who probably writes all his songs for him.)

It’s not that I didn’t keep my July promise to myself. I’ve exposed this kid to amazing music. We’re talking Ace of Base, The Cranberries, R.E.M., The Lone Bellow, Jump Little Children, Rihanna, and The Presidents of The United States of America!

Every time we get in the car he either requests Umbrella, Seven Bridges Road, Zombie, or Waterfalls. He’s discerning and knows what he likes.

But what gets stuck in his head?

I can’t really blame him, though. Cartoon songs are laced with Kiddie Crack to imprint them permanently onto their brains (and as collateral damage, our brains), searing the lobe responsible for musical taste, and permanently holding down the repeat button in their (and our) head.

Just try watching Daniel Tiger’s Neighborhood without humming “In some ways we are different. But in so many ways, we are the same!” for the rest of the decade.

So what is the answer to this conundrum?

We must soldier on in our musical brainwashing. Do not falter and sing Dora, Dora, Dora the Explorer! when you’re rocking them to sleep.

(It’s called ROCKING them to sleep for a reason.)

And perhaps, just perhaps, if they learn to stand strong and fight against the onslaught of terrible cartoon lyrics now, then one day they’ll be able enough to fight the tide of terrible pop lyrics. Like these.

“Just a shy guy
Looking for a two-ply
Hefty bag to hold my love.”

And this is why Glad Trash Bags are so Glad. Because they didn’t get selected for Train lyrics.

…Unless you can get the switch to that barely-balanced middle spot where it’s hovering between off and on…What about that, Hilary?!?!?! Is it on or off??

“You at the bottom of the barrel scraping
I’m out in LA, at the Ice Age taping.”

Maybe he has more self-respect than you and knows that the bottom of the barrel is better than Ice Age.

–Taylor Swift, “We Are Never Ever Getting Back Together”

They always say to write like you talk…I’m pretty sure Taylor nailed that one.

Certainly not what you’re implying, Robin. And actually, nothing. 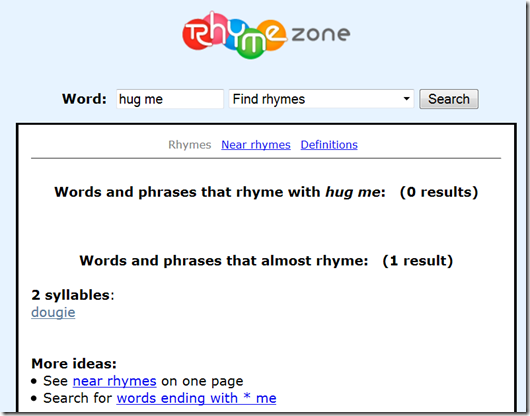 A true lady never uses Uranus as the punch line of a joke.

– The Clash, “Lost in the Supermarket”

Somebody send Colbie some Monistat.

“Mr. Know It All
You think you know it all.”

I bet he knows how to write better lyrics.

In conclusion, I’m a little digger with a heart of gold isn’t so bad after all.

22 thoughts on “The Lyrics That Will Kill Us All.”