Originally posted September 1, 2009. And still one of the stupidest things we’ve ever done for a blog post.

Chris has consistently sent me gorgeous flowers throughout our relationship. I have always greatly appreciated this, but have always been burdened with a good bit of guilt at each occurrence of said delivery, because there’s nothing comparably reciprocal to send to a guy.

It’s just not how they’re wired.

Something needs to be done about this gross oversight in our American Culture. What are you supposed to send a man to show him that you love him? So, I decided to hone in one what really lights a guy’s fire and see if I could turn it into a deliverable.

Yes, that’s right. A MEAT arrangement. What guy wouldn’t want to answer the door, only to find a Bouquet of Animal Flesh waiting for him?

You love your man.

You really love your man. How do you express it?

I started with a nice, manly “vase” and some florist’s foam: 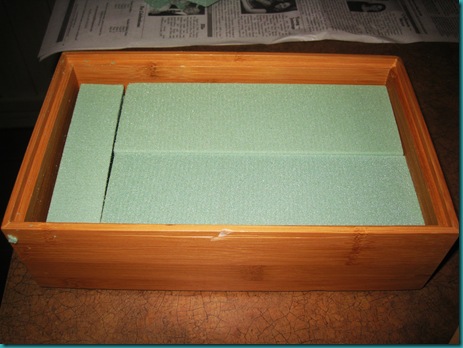 And then prepared my ingredients: 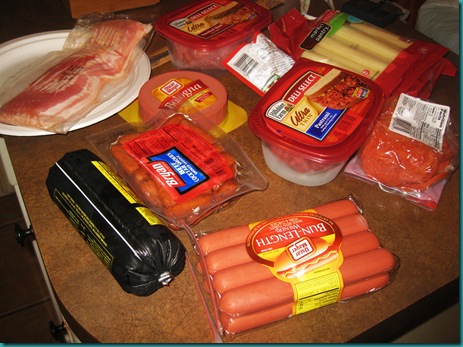 I enlisted a Princess Oversight Service (who also sampled all of the product to ensure top notch quality): 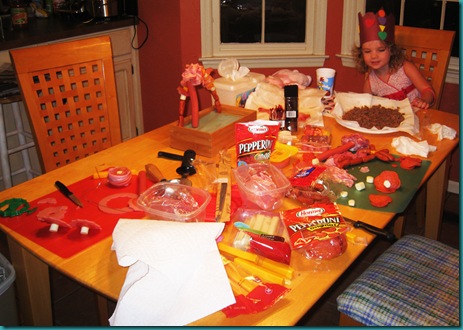 And my own carnivorous husband’s help in creating this truly masculine masterpiece: 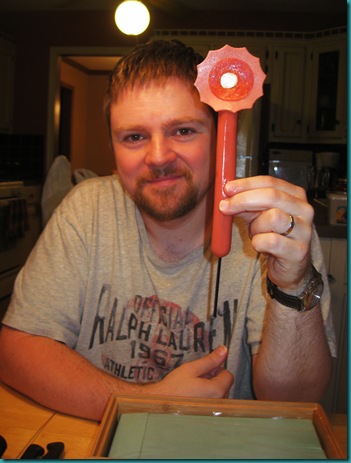 We set off to work. Our work areas were a man’s dream buffet: 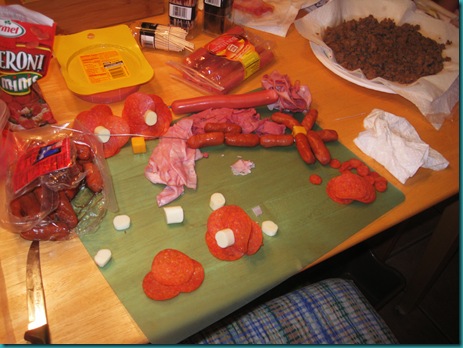 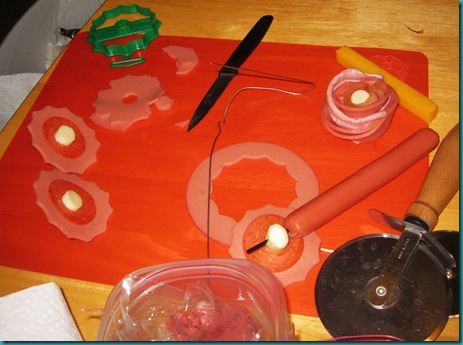 Granted, some of my our attempts at turning meat into floral masterpieces didn’t work so well: 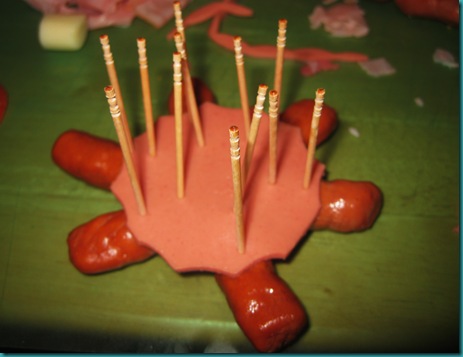 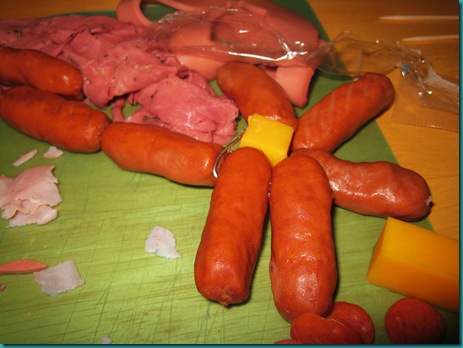 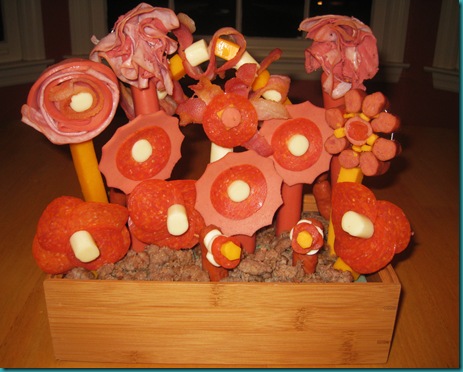 Included in this bouquet are:

All finished off with the best thing that compliments meat – cheese – of course. 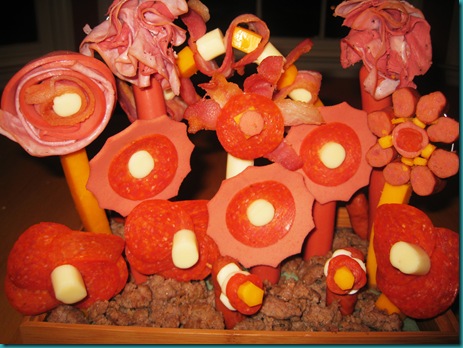 Premium upgrades included dirt made of sausage, and a lovely bacon/cheese/cocktail wienie arbor in the back of the arrangement: 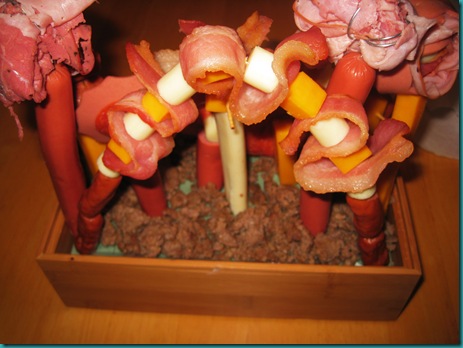 If men planned weddings, they would get MARRIED under an arbor of those ingredients.

And hold bouquets of meat flowers.

Look at the sheen on the pepperoni! 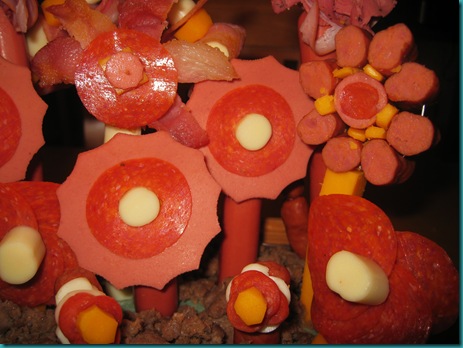 The bacon, practically still sizzling on the stem: 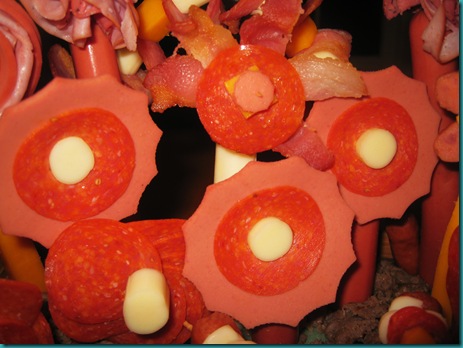 Yes, this arrangement is a Protein Packer’s Pinnacle of Perfection. 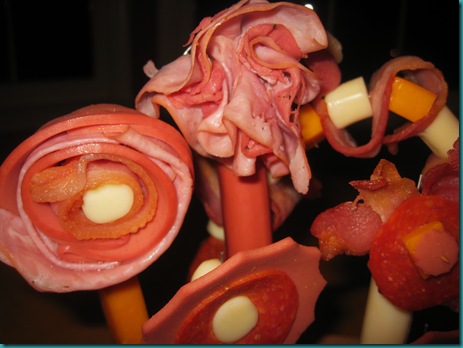 In fact, I guarantee that this arrangement would send ANY red-blooded man into the six stages of complete ecstasy (you will recognize the first five as eerily similar to a girl’s response to a REAL bouquet):

Stage One: Shock. “You shouldn’t have!!” 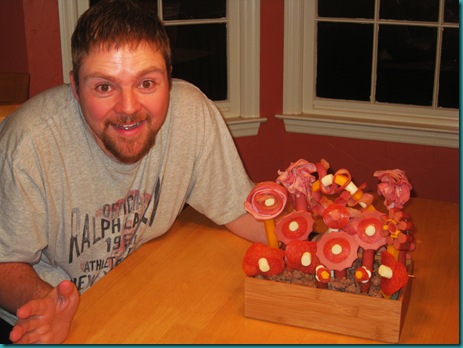 Stage Two: Thrill. “I’ve NEVER seen anything so breathtaking in all my life!!” 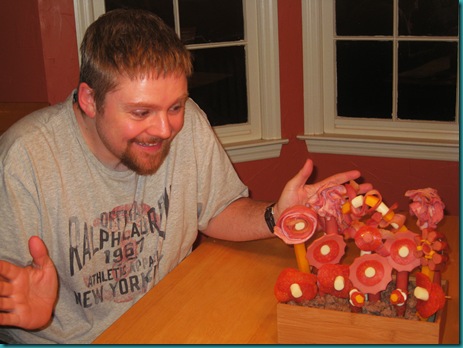 Stage Three: Puppy Love. For you, not the meat. Okay, maybe for the meat, too. 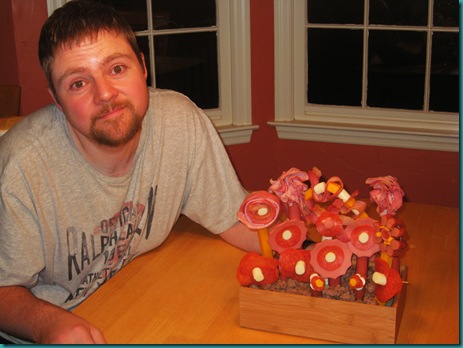 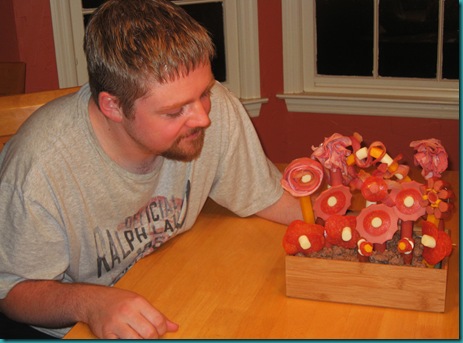 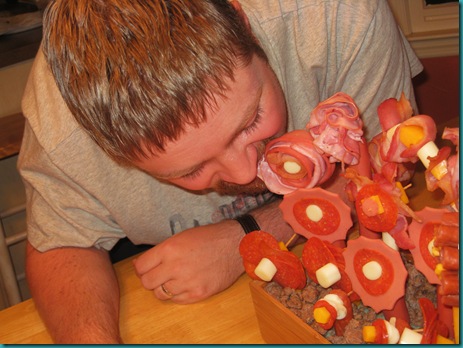 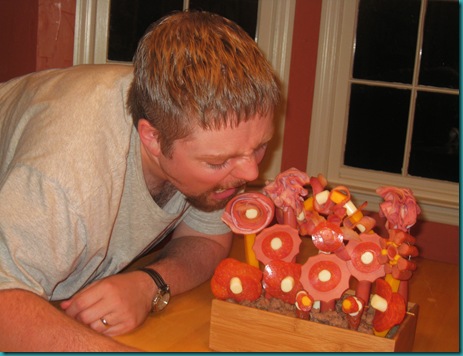 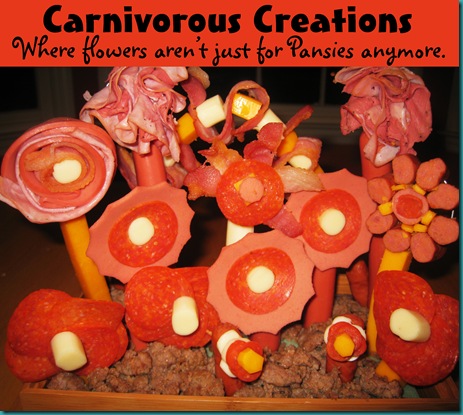 Oh, and in case you were worried about our wastefulness in this grand experiment, the arrangement went on to live a happy second life that only increased it’s masculine glory: 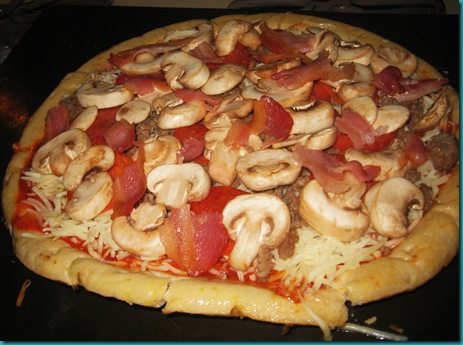 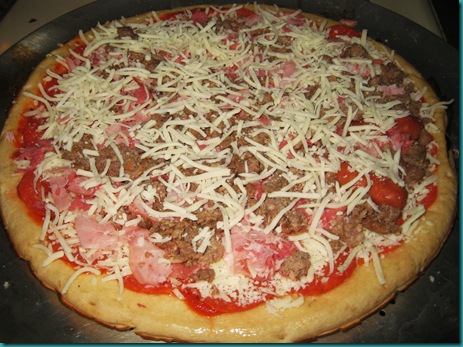 PETA, eat your heart out.

Or don’t. That wouldn’t be very Vegan of you.