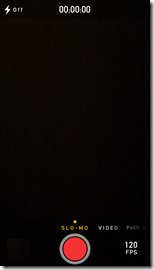 TERMS AND CONDITIONS: Before reading this post, please ensure that you are in a place where you can and will watch short videos with your volume on. I understand that watching someone’s kid videos is a huge virtual commitment nearly to the level of seriousness of friending someone on Facebook, and I promise to make it worth your vulnerability and risk.

Proceed only if prepared.

It took me two months to finally get around to making the simple swipe over to this feature.

And because I care about you, I do not want the same fate to befall you. If you have an iPhone 5s, then this is your wake-up call.

And if you don’t, then this is your Christmas list.

It found me one afternoon while Ali was in art class. Noah and I have this one hour every week in a quaint, small downtown as a date.

Sometimes he asks me out – “Mommy, can we go get a drink?” Other times, he just wants to run up and down, up and down the caboose ramp nearby. 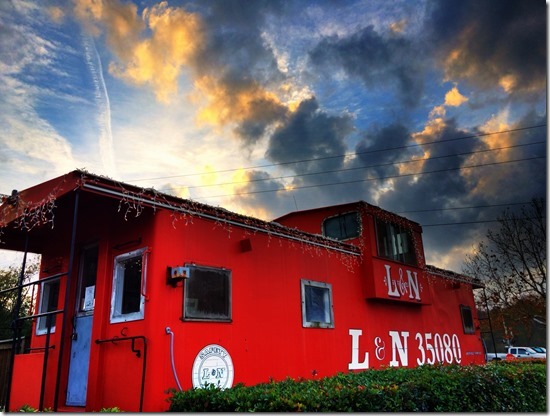 Last week was a doubleheader – we did both.

And it was at that Caboose ramp, on his 692nd journey back and forth, where I got bored enough to flip over to the slo-mo video feature – just to see what it did.

And it was fantastic.

It turned my son’s voice into that of James Earl Jones trapped in a deep well.

And gave him the breath of a dragon.

He found it equally as fantastic as I did, begging me to play the videos endlessly as he laughed to convulsion and hiccups.

So the next day, when we had a couple of friends over, I decided to make more recordings, which is when I discovered that the fun is exponentially multiplied by the number of children involved.

You get entire fleets of Chewbaccas,

Babies turning into beasts – squeaky shoes and all,

And an entire chorus of angry mating whales.

Every time the children would finish a video, they’d all gather round to hear their voices transformed into Wildebeests, officially making me the coolest mom on the block, and perhaps even the neighborhood.

Then I loaded all of the videos on my computer*, muted out my gaggle of ogres, and put it to music.

(Forgive the ad and close it out – that’s YouTube’s way of paying Susan Boyle on my behalf for the use of her recording.)

I might’ve cried. Or at least nearly cried. And felt like I was watching the last three minutes of the final episode of a long-running television drama. I might have even had one of those moments where I actually believed that kids really *do* grow up fast (they don’t.)

(Okay maybe they do but I’m telling myself they don’t. So let’s believe that.)

Anyway. I know that other people’s Kid Videos are never as fantastic as your own, so please – get out there and try it.

* Technical Note: Because Slo-Mo videos record at 120 frames per second and your computer doesn’t understand this, loading iPhone slo-mo videos onto your computer is tricky – if you just copy and paste, it will lose the slo-mo effect. And if you email them, they will lose their quality. So you must either:

a) upload them to YouTube directly from your phone’s photo roll (this will keep the highest quality),
b) use the free app TruSloMo to convert them to “regular” videos then copy them onto your computer (I did this so that I could edit them, but was sure to save out of my editor at highest quality), or
c) redo the slo-mo settings once they’re on your computer (this seems like a total waste of time.)

If all of that scared you, then forget I said it and just record your kids in slo-mo. You’ll still thank me later.