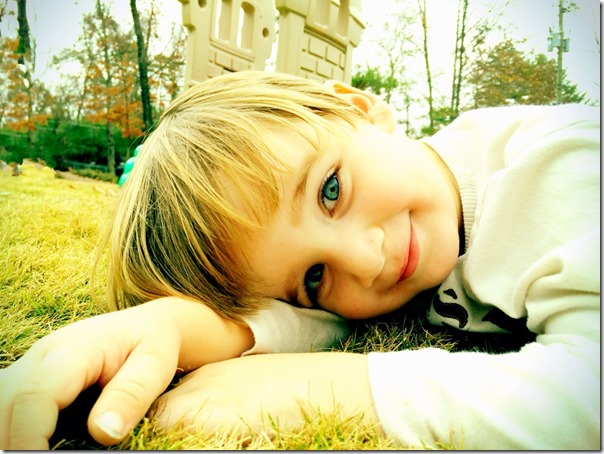 But he thinks too much. 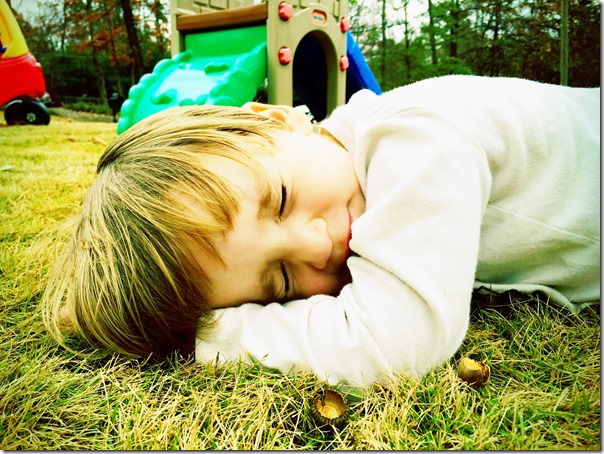 He’s actually always been a rather careful kid, though – bred from the highest of OCD stock, he had no choice in the matter. He carefully closes every door, turns out every light, sorts his toy boxes when a Lego is accidentally placed in the train basket, and straightens things when I don’t put them back just so.

(Seriously. He has issues.)

But recently, he accidentally broke a couple of things.

(I do love my Grandmother dearly and – is she reading? Somebody check and make sure she still hasn’t discovered the internet. Okay – no. She hasn’t. I do love my Grandmother and her adoration for Christmas, which she celebrates by giving us approximately two dozen Hallmark ornaments every year. And since I have all of my childhood ornaments as well, I can safely estimate that we have a collection of 636 Hallmark Ornaments. Or more. And all of these ornaments look like toys but do not act like toys when touched. All that to say, I think that my sweet, innocent-acting Grandmother is slightly sadistic and is getting her revenge (in a very festive manner) for something I did as a child. I just don’t know what.)

Our tree is FULL of planes and cars and Maters and Lightnings and Thomases and Light Sabers that all look fantastically enjoyable to an almost three-year-old boy.

Not to mention the dozen NOAH’S arks. How could those not be meant for him?

But the minute he drops them, they fall apart without hesitation.

“They’re not toys,” the Hallmark artists defend themselves.

Seriously. Hallmark Artists must be forced to live in a festively decorated HOLE if they think that kids won’t assume that a Hot Wheels-shaped ornament isn’t a toy.

(I bet there’s a greeting card for people who are forced to live in a festively decorated hole. And I bet I know who makes it.)

Anyway. So the droppings.

Which caused a rash of breakings. 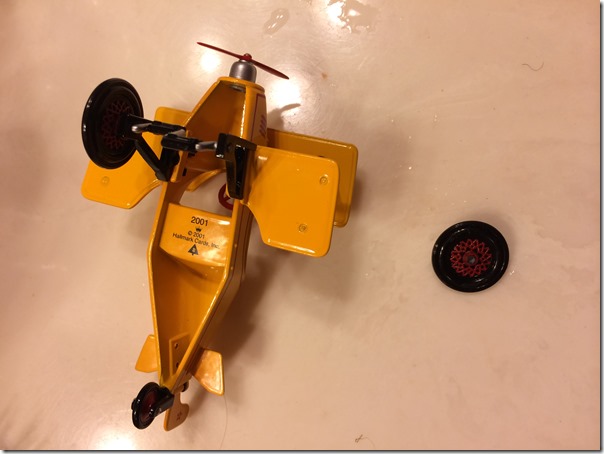 Being that I am against overreactions to accidents, I treated Noah and the ornaments with care, reminding him that the ornaments must be treated gently, and creating a “break pile.” 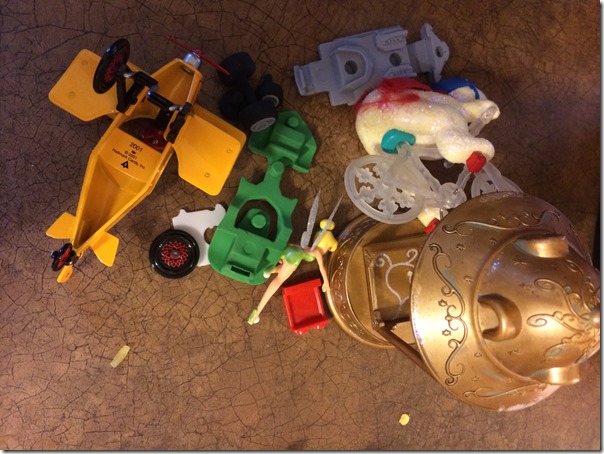 Finally, something broke that effected me in such a deep manner as to urge me forward to walk the grueling fifteen steps to my office and search for the super glue.

Noah watched wondrously as I magically repaired ornament after ornament, and even breathed new life into his beloved police car plate that had gathered an inch of dust since it become disrepaired some months ago.

I was on a roll, so I did a search and rescue. And with joy in his heart, Noah embraced the newly invigorated playthings that had been creating sad toy-drifts throughout the house for months.

For the remainder of that day, he somehow managed to return to me tenfold my blessings – in new breakages.

“Mommy! Look what I bwoke!”

“Look what I bwoke dis time!”

It’s not as if I just let this go on without education – each time he broke something, I would have another chat with him about being careful, taking care of his toys, and that if he broke them all, he’d have nothing to play with.

By the end of the day, breakages were happening at a rate of two announcements per ten seconds.

In fact, it wasn’t until after he went to bed and I was bemoaning my day to Chris that he switched that lightbulb on for me.

“Do you think it was because he saw you fix a toy? Maybe he thought it was cool.”

When one witnesses a fairy using fairy dust to fly, they’re absolutely going to find excuses to need to fly as soon as possible.

Noah was simply and quite generously offering me many opportunities to spread my wings of magic.

How did I miss it?

The next morning, he bounded out of bed and attacked the day.

He wasted no time in “removing” the wheels off of a Hallmark Air Mater – in such a manner that any Forensic Mother Detective could clearly see that it was a purposeful act – no way it was caused by an accidental drop or rough play. 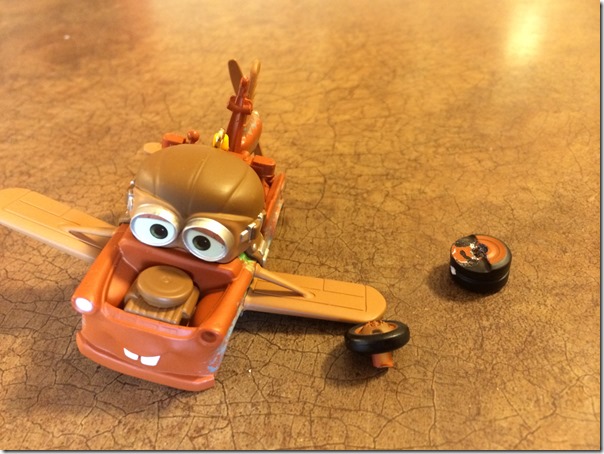 And after a much more stern conversation and perhaps some consequences, I told him,

And that was the end of that.

Until he thinks too hard again.

Epilogue: Nothing else has been broken since. But being that I am possessor of half the OCD genetics that beleaguers my son, I couldn’t leave Mater unfixed. After all, I did have the glue out. I just placed Mater as high on that tree as possible – hopefully keeping him safe for the rest of the season. But probably not.

12 thoughts on “A Series of Unfortunate Events.”