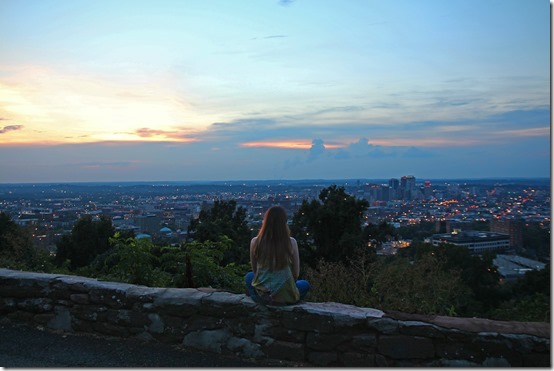 My symptoms first started in June. For a couple of nights in a row, when laid down to go to sleep, I had chest pain, pressure that felt like my lungs were collapsing, and a lot of trouble breathing. Naturally, these symptoms also kept me from sleeping well. I first went to the Doc in the Box, who told me I might be dying but he couldn’t do anything about it because it was Sunday, after all. I foolishly returned to that same DitB three days later, but saw a different doctor, who diagnosed me with asthma, based solely on the fact that I couldn’t breathe as hard as I should be able to.

Like a good little patient, I got an inhaler and began using it. Not so helpful.

A couple of days later, my original symptoms had gotten worse, and added to them were two instances of blacking out, not really a great hobby to frequent when home alone with two children who are small and/or self-absorbed enough to be completely disinterested in the fact that their mother went from standing to crumpled.

A few days later, I was able to get an appointment with a specialist at a very highly regarded clinic here in town. Over several long weeks, they tested me for pulmonary problems and heart failure, along with a variety of blood tests, but everything came back normal except for a jumpy and at times abnormally high pulse.

During that time period, I had good days and bad. I had a minor wreck, most likely caused by the growing disorientation that I was experiencing. I added to my symptoms panic attacks (but only in my sleep, creatively enough), and had a couple of hallucinations, where things that weren’t moving all of a sudden were. There was a lot of head pressure and pain, and my difficulty breathing and lightheadedness grew worse.

But the worst part was my rapidly decreasing ability to process life. Chris would mention a friend’s name and I would have zero idea who he was talking about. Writing became excruciatingly painful, and my creative spigot slowed to a trickle. I couldn’t make myself do fun things with the kids, because I didn’t have the energy or the ability to interact in chaotic situations.

Thankfully, one of my best friends suggested that I look into Dysautonomia – her sister-in-law had it, and my symptoms sounded identical. I reluctantly Googled my health (something I had desperately been trying to avoid), and was shocked. It explained every single different thing I was feeling, including even the eye problems and anxiety I had struggled with at the beginning of the summer.

A week later, another friend mentioned her own Dysautonomia on Facebook. So I messaged and quizzed her relentlessly about her symptoms. Again, identical.

From what I gathered, Dysautonomia is a nervous system disorder (and therefore can affect many systems at once as I was experiencing), and one of its main physical markers is the inability of the heart to react to changes in gravity (laying, sitting, standing), made apparent by low blood pressure and high pulse upon change. So I bought a blood pressure cuff and began tracking for myself.

I started tracking this a week before my next appointment and reported the findings to my doctors. Autonomic issues had also been on their possibility list, so they gave me a simple test: lay down, take my blood pressure, stay laying down for five minutes, then stand up, immediately taking my blood pressure again. I had an “autonomic response,” meaning that my body did not adapt, and my pulse increased to try to keep my blood flowing.

For the next couple of mornings, I tested myself when I woke up. I’d take my blood pressure while laying down, then again when I stood up (slowly, so I didn’t black out.) My resting pulse was already high (70+), but it would still nearly double every time (120-135) just from standing up.

All of the head pressure and constantly feeling faint made so much more sense.

My doctors currently have me in the testing process to determine if another disease is causing my autonomic issues, or if it is Dysautonomia itself.

I haven’t started deeply researching Dysautonomia yet, but that’s next on my list. I’m equally surprised by how many women that I know have Dysautonomia and how many people have never heard of it. But what I do know is that Dysautonomia can be completely livable or crippling – there’s no way to tell, and there’s no cure. If it’s bad enough, there are heavy medications to try and help make the symptoms better, but my body responds very poorly to almost all prescription medications, so I will be avoiding that if possible.

There are, thankfully, a lot of lifestyle changes that can really help: lessening caffeine, cutting out artificial sugars, drinking ridiculous amounts of water, giving up things that make you lose salt and water (such as carbonated drinks), and getting a lot of rest. I’m doing all of these, and also quickly realizing and avoiding the triggers that make my cognitive symptoms worse.

I’m still having days where I feel normal and days that I can barely function, and mostly days that fall in between those two extremes. On the bad days, drinking even more water and taking Sudafed (to raise my blood pressure) helps sometimes. But on most days, it’s taking me twice as long to accomplish things (especially writing and all that goes with it.) Additionally, Ali and I will be starting school next week, and I am praying that I have the energy and presence of mind to teach her diligently.

I’m in a very uncertain stage as to what this all means. I hope and pray that in a few months, I can say that I’ve figured out what works for me and that my symptoms are completely under control. But until then, I might move at a slightly slower pace than usual.

An update can be found here.

68 thoughts on “Where I’ve Been This Summer.”