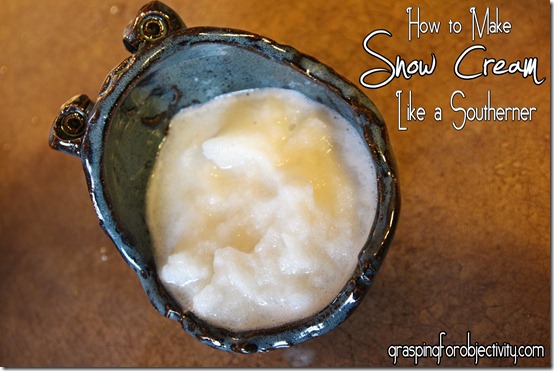 So most of you are from places north of here.  Every time I ask you to tell me where you’re all from, the most popular states are Wisconsin, Michigan, Idaho, Utah, Washington, and Oregon.

Which means that you get about…167 times more snow than we do.

When we do have snow and I mention the epitomal* snow moment – the making of Snow Cream – it is always those who are Most North that are the first to ask.

“What is Snow Cream?”

And then I weep for you.

Because seriously people – it’s the best thing about snow, and we know how to appreciate ALL facets of snow around here.  Like an Eskimo butchering a reindeer, we leave no parts unused.

Yet you are each missing out on the potential to make gallons and gallons of the stuff.

So I am here to save and enlighten you.

But first, today’s back story.

(You didn’t think you were going to get the recipe for Snow Cream without being forced to look at my snow pictures, did you?  This is Alabama, and we cherish these moments!)

So we received the gift of snow.  A great Southern Blizzard!! It snowed from about 11 am to 3 pm, and, just like the last time it snowed, I managed to pick the absolute worst moment to drive home – at around 2pm. 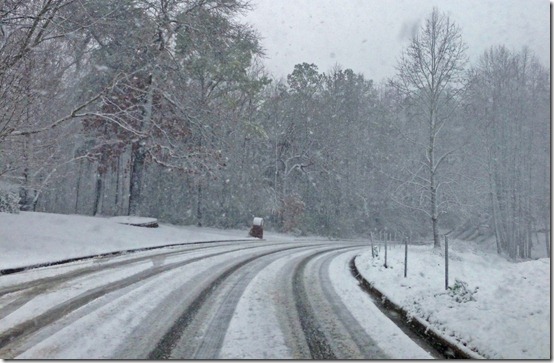 (I swear, our roads aren’t made to sustain these levels of frost!)

But after slipping and sliding all the way home, we jumped out of the car and manically began doing everything we ever dreamed of doing in the snow.

Including but not limited to allowing Noah his first toddler snow experience (and no, Ali is making yellow snow in the background,) 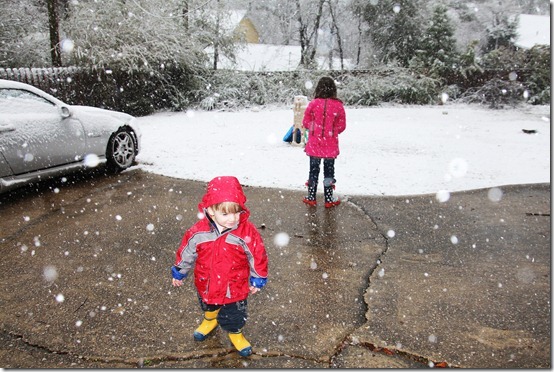 Photographing his one Snow Smile before he got grumpy and was shipped off to nap so that we could continue our Packed Snow Schedule, 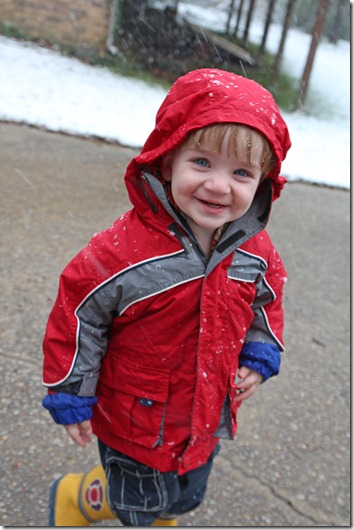 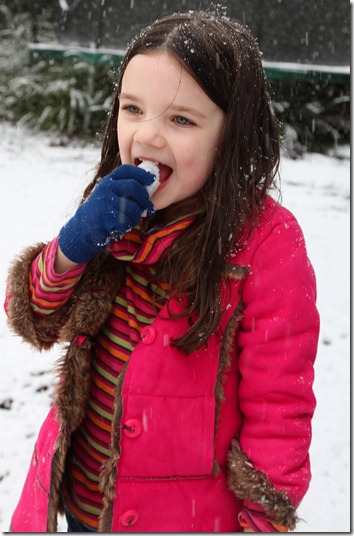 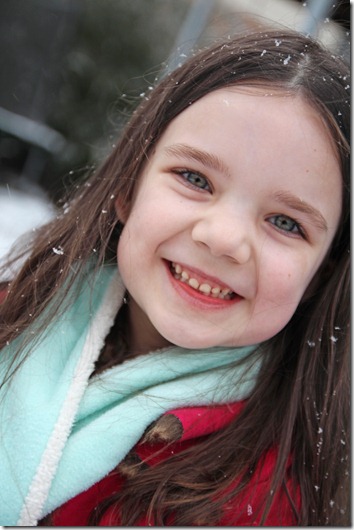 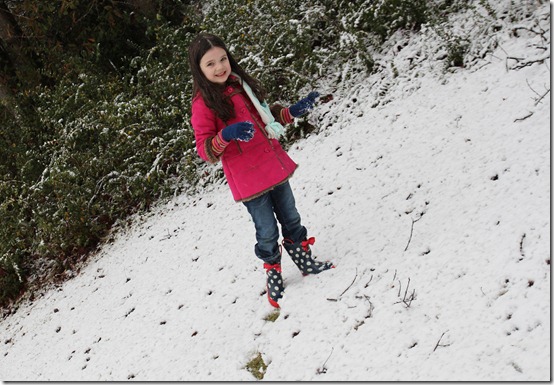 for the world’s largest snowman, 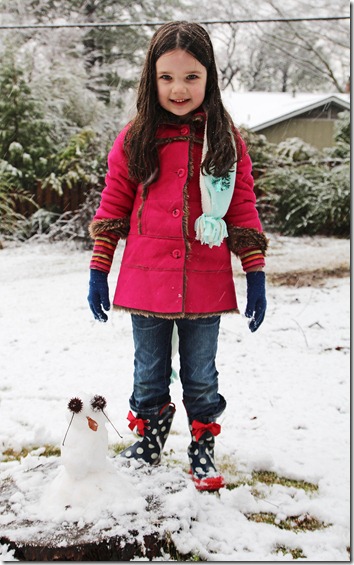 (Or woman, really – she seemed to have eyelashes,) 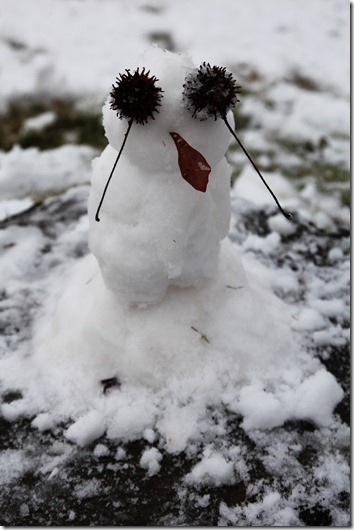 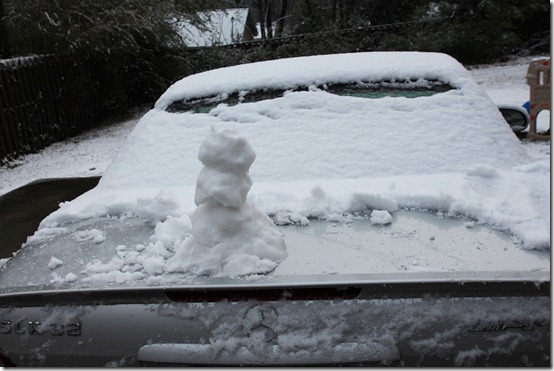 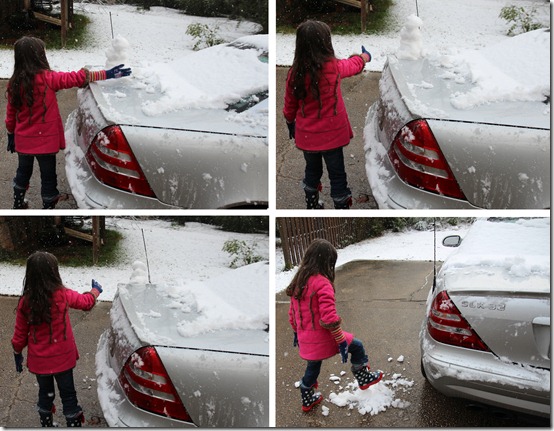 And of course, throwing snowballs. 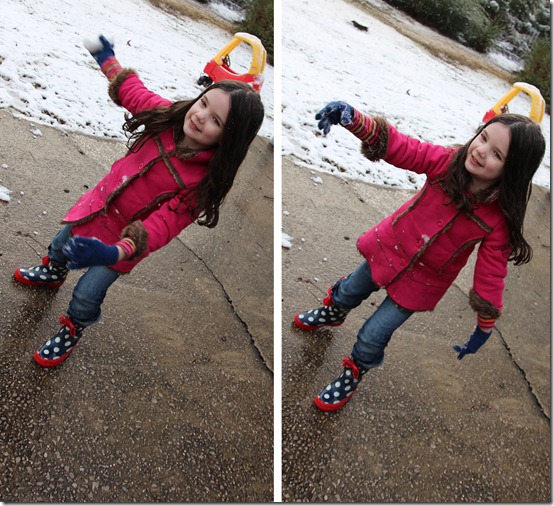 All of this had to be done in an hour’s time, because…well, this is embarrassing to admit, but…

it wasn’t below freezing.

So the snow began melting as soon as the blizzard let up, which is why we are well-trained in how to be efficient with our fun.

But it’s time to get back to Snow Cream – as it is the most important bit of knowledge that I might ever pass onto you.

STEP ONE: You must start with clean snow.  Car surfaces are ideal. 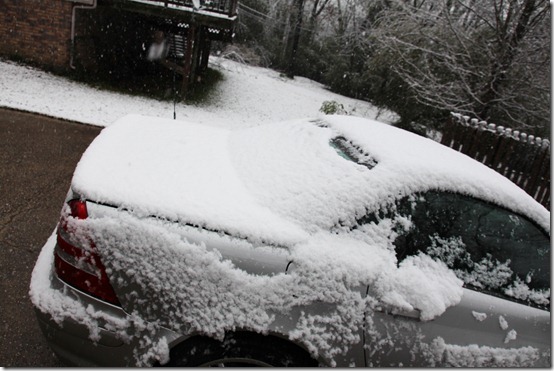 STEP TWO: Scrape the snow off of the surface without getting the dirty snow underneath.  Collect in a metal bowl. 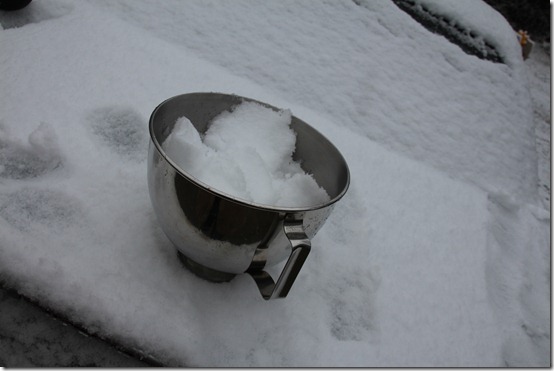 STEP THREE: Run inside and frantically prepare your ingredients.  But don’t worry – there are only three.  Sugar, milk, and vanilla. 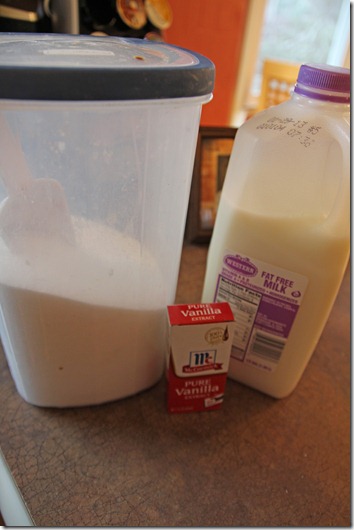 STEP FOUR: Mix with a spoon.  Measurements are very imprecise and in much need of adjustment via tasting, but for my bowl of snow, I used approximately 3/4 cup of Sugar, 1 cup of Milk, and 3 tablespoons of Vanilla. 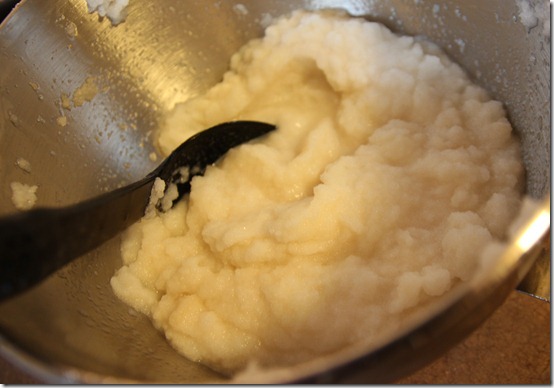 (Basically, you want it sweet, slushy, and dark beige in color.)

STEP FIVE: Serve this dreamy mixture to your kids, but make sure you save some for you – it’s the best ice cream you’ll ever eat. 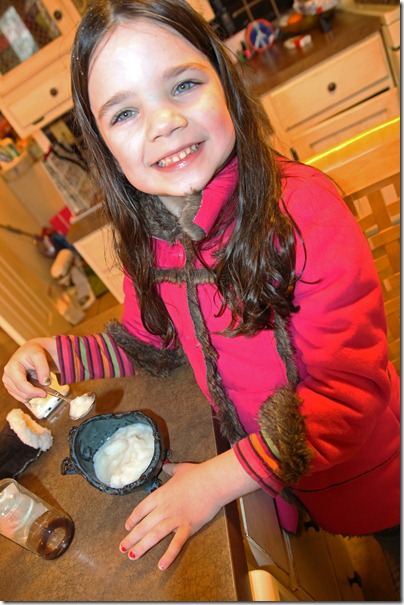 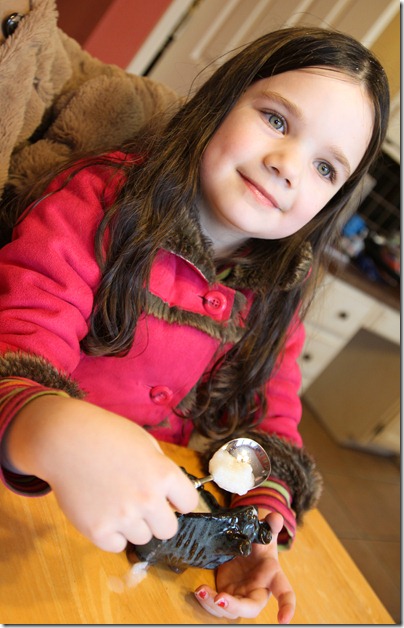 So if you have snow in your yard right now, drop your laptop and run out the door to collect it.  And if you don’t currently have a white covering, you can just help me spread the word – especially to those of you who actually get snow more often than Unicorns prance through your backyard.  Because it breaks my heart daily – the thought of such knowledge going unused, and such piles of snow going uncreamed.

* I am aware that epitomal is not a word.  But it should totally think about becoming one.

46 thoughts on “How to Make Snow Cream Like a Southerner.”