Aside: I received some thrilling news yesterday, as I was included as an honoree in Blogher’s Voices of the Year 2012.

(You’ll find me towards the bottom in the “Visuals” category.)

I elaborated at length last year about what Voices of the Year means to me, so I will not do so again.  But I’d just like to say that I am beyond honored, and that BlogHer has given me so many wonderful opportunities for which I am unbelievably grateful!

I adore putting a gigantic bright red slab of meat in a crock pot and letting it simmer all day, allowing it’s seductive aromas to whet my appetite for the fantabulous meal that is to come.

But the problem is, I don’t know how to pick a roast.

Because I can never remember the names of the dozens of varieties, and I have no idea what they mean.

Approximately 1 out of every 4.375 times that I attempt this feat, I succeed in making a tender, succulent roast.  The other 3.375 times I end up vastly disappointed, nearly to the point of flinging said roast against the kitchen window because of my greatly magnified angst due to those cruelly deceptive aromas that I’d been breathing in all day long.

But when it works, I float away in a cloud of carnivorous bliss.

(My apologies to all of my vegetarian readers.)

So here’s what I do: I put my nameless roast in the bottom of my crock pot and cover it with salt and pepper. 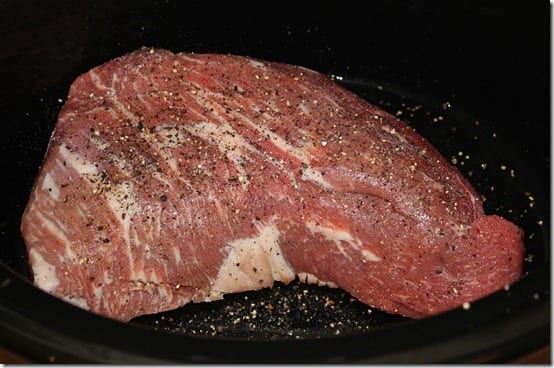 I cut new potatoes in half and give my roast the worst zits that anyone could hope for: 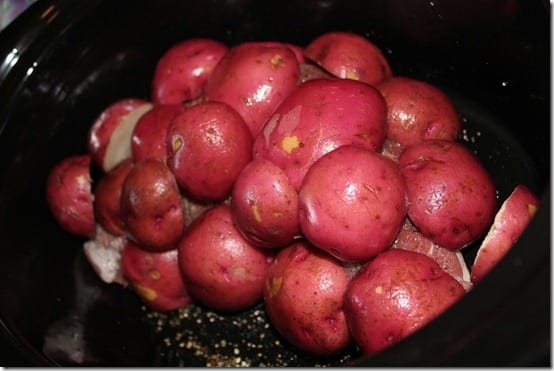 (The theory there being that direct contact with the roast will further flavor the potatoes.)

I then cover my pock-marked roast with onions and mushrooms, 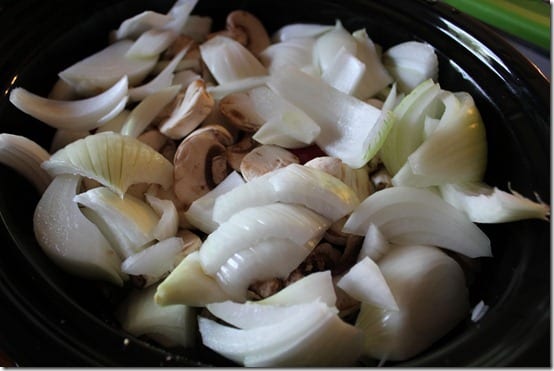 and pour a half a bottle of red wine over the whole thing. 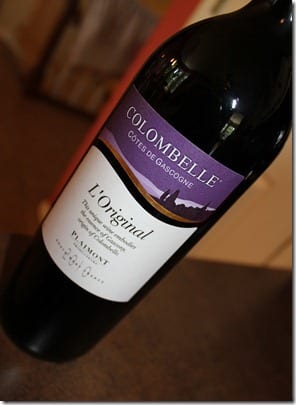 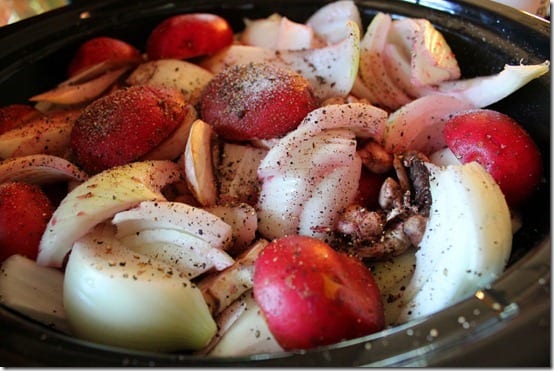 I set my crockpot on low for about five hours, and when it’s finished, it looks something like this: 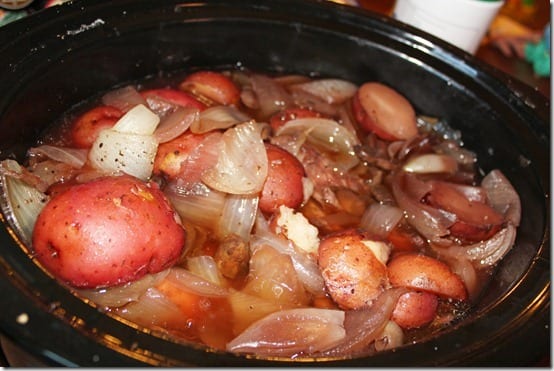 I then undo all of that mixing goodness and provide my children with deconstructed meals, just like they like it. 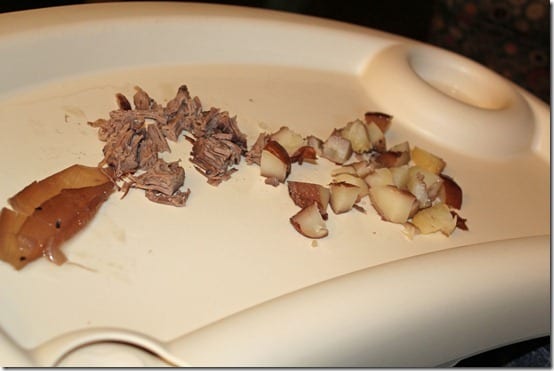 (But hey – at least it’s constructed for me.)

So.  That’s my roast recipe.  It’s really delicious – I swear!! At least when I pick out the right cut.

Which leads to the obvious question: which one of you know the secrets of beef cuts?  Or how to perfectly cook it, regardless of cut?  And do you have any other roast secrets?

41 thoughts on “The Mystery of Roast.”