It took a week for this story to become untraumatic enough to share.  A week and at least ten hot, scalding showers.

Finally, at five and a half, I am starting to do “rest time” instead of nap time with Ali.  Sometimes, mind you.

After the first day, she told me she’d rather have nap time.  Or, perhaps, a hybrid.  Could she please have a half rest time, half nap time?

But really, I don’t blame her.  I love me some sleep as well.

But back to day one of rest time.

I explained the concept (which she found quite bizarre):

You must be somewhat quiet (no squealing), play in your room (with normal rules – no painting of the furniture or anything), go to the bathroom if needed, and not yell for me – I can hear you on your monitor if you talk QUIETLY.

And above all else, remember that your brother is still napping.

She did quite well, playing nearly silently in her room, with the only noises heard on her monitor being the clank, thud of dollhouse furniture being rearranged.

About halfway through her quiet time, she informed me quietly that she needed to go to the bathroom.

I pushed the talk button and told her “no problem – enjoy.”

I didn’t hear anything else for a while.

Then, quietly, I heard again, “If I flush, will it wake Noah up?”

I was proud of her sensitivity.

Until a minute later.

“Hey Mommy…I think I might have stopped up the potty.”

This happens fairly often, as Ali often gets over-zealous with her paperwork.  Sometimes I don’t even think she’s wiping – she just starts roll-roll-rolling, and then zones out a bit, until she realizes that she quite accidentally rolled the whole roll into the toilet.

But she’d yet to ever cause a clog I couldn’t fix, so it hadn’t been an urgent issue to be addressed.

I quietly tread up the stairs, went into my bathroom to get the plunger, realized *duh* it was in Ali’s bathroom, since she makes all of the clogs, and I headed in.

I looked in the toilet and groaned. 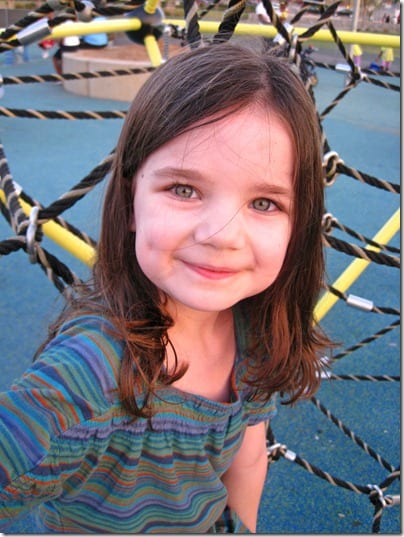 Isn’t she angelically innocent looking? Just don’t give her a roll of toilet paper and permission to flush.

Despite her previous flush, the toilet had a pyramid of toilet paper nearly sticking out of the rim.

…along with other less-attractive and more-odorous particles.

There was so much TP in the bowl that quite a bit of it was completely dry.

I considered, for a moment, raking it all out before flushing again.

But the smell and the unsavory sight of the other less-than-favorable toilet dwellers convinced me to try flushing it.

Just to see what would happen.

After all…she’d never made a clog I couldn’t fix.

Of course, it didn’t flush.  But the water within swelled up with pride, causing the unsavory morsels to float to the top.

I stuck the plunger in and began plunging, expecting the clog to turn loose fairly immediately.

I plunged some more.

I shut off the water and plunged some more.

Zero water or anything else left the premises.

So I told Siri to remind me to address it later, 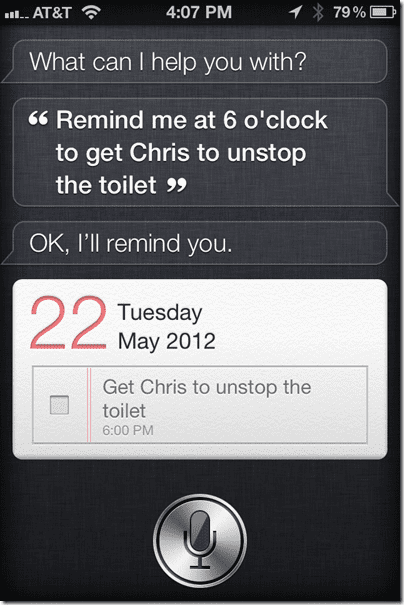 and I shut the lid and instructed Ali to enjoy the rest of her quiet time toilet-free, preferably.

Chris got home that night and I expected him to go up, plunge it a couple of times, and come back down with that manly smugness that he has when he unscrews an especially tight jar of jelly.

He went upstairs as soon as he got home, which as all of you Mothers know, sends children into frenzied tailspins.

Noah was wailing at the bottom of the stairs, and Ali was acting as if she’d eaten four bags of Jumbo Marshmallows.

But I remembered, with guilt and shame, that I was the one that tried to flush that pyramid instead of clean it out, so I couldn’t complain.

He came down and got a bucket…then headed back up.

He removed the former Toilet Paper Pyramid, which now resembled chocolate caramel melted on the sidewalk on an Alabama Summer Day.

He came back down and got a big metal snake-thing.

He poured hot water in the toilet.

He poured a bottle of dishwashing soap in.

He was up there until the kid’s bedtimes.

As I sat, in Mommy Purgatory, dying a little each minute, at the bottom of the stairs.

He finally gave up, and told me he’d get some new tools and try again the next night.

(I began to brace myself for Double Mommy Purgatory.)

The next day, I decided that I was going to get the toilet unclogged no matter what it took.  I couldn’t take another night of a Daddy/Toilet Date.

So after breakfast, I put Noah in his crib and told Ali that I was going to work on her toilet again. 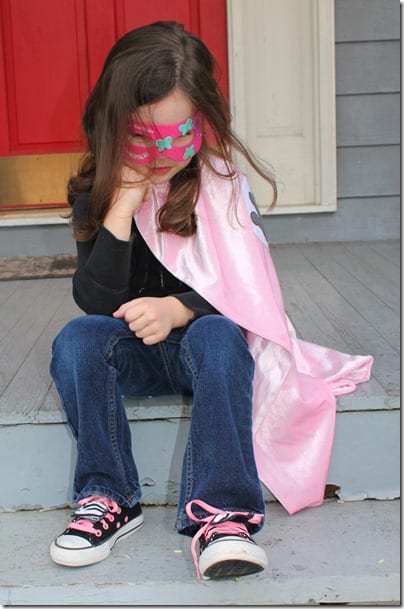 Unfortunately, her superpowers do not include unclogging toilets.

I poured more dishwashing liquid in.

And finally, I decided I should try that snake thing that Chris had out.

(Warning, women: If you don’t even know what something is called, you probably shouldn’t try to operate it.)

I found it under the sink, double bagged in garbage bags.

(Warning, women: if your husband d0uble bags something in garbage bags, you probably shouldn’t open it.)

(Especially if it’s been exposed to your kid’s crap.)

I peeled off the first bag.

I opened the second bag and reached in.

As I was reaching in, the smell hit my nose.

And before I could recoil in horror, the springy snake end sprang loose and shot out straight, spraying me with putrid nightmares.

And a nice, large, brown gooey chunk on my arm.

I stood there, frozen and silent.

Time passed, as I tried to comprehend what had just happened, and what I was to do now.

Finally, I (carefully) opened my mouth.

Now clean but still obsessed with not letting this putrid throne beat me, I read the internet and asked Facebook: what to do about really nasty toilet clogs?

Finally, I found a new idea: baking powder and vinegar.  Apparently they’re supposed to have a “strong chemical reaction” that will help bubble crap out of your pipes.

I dug around and found the ingredients, and headed upstairs.

I poured them in, half expecting a “strong chemical reaction” with the already present dishwashing liquid, resulting in a toilet explosion in my face.

(Which would be nothing new at that point.)

By now it was lunchtime, and I reported my failed efforts to Chris.

(And BEGGED him to let me call a plumber.)

“Let me try again tonight.  I’ll buy some new stuff at lunch.  If I can’t get it tonight, you can call a plumber tomorrow.

During Hour 28 of The Clog From Hell, Chris arrived home.  Saw the children for a minute.  Headed upstairs with a Toilet Arsenal that could only be expected on a ranch in Waco.

Noah started squealing.  Ali started bouncing off the walls.  I started to curl up in a ball in the corner, humming It’s the End of the World as We Know It.

But then I heard a flush.

And Chris coming down the stairs.

“It’s done – I just used the new plunger twice.  Didn’t even open all of these other things!”

Relief coursed through my veins.

I should have gotten the satisfaction of using that new plunger!!

I needed to see that job through and down!

But then I remembered my attempts to flush The Great White Pyramid…and I knew what I really deserved.  And I had gotten it – on my face, neck, and arms.