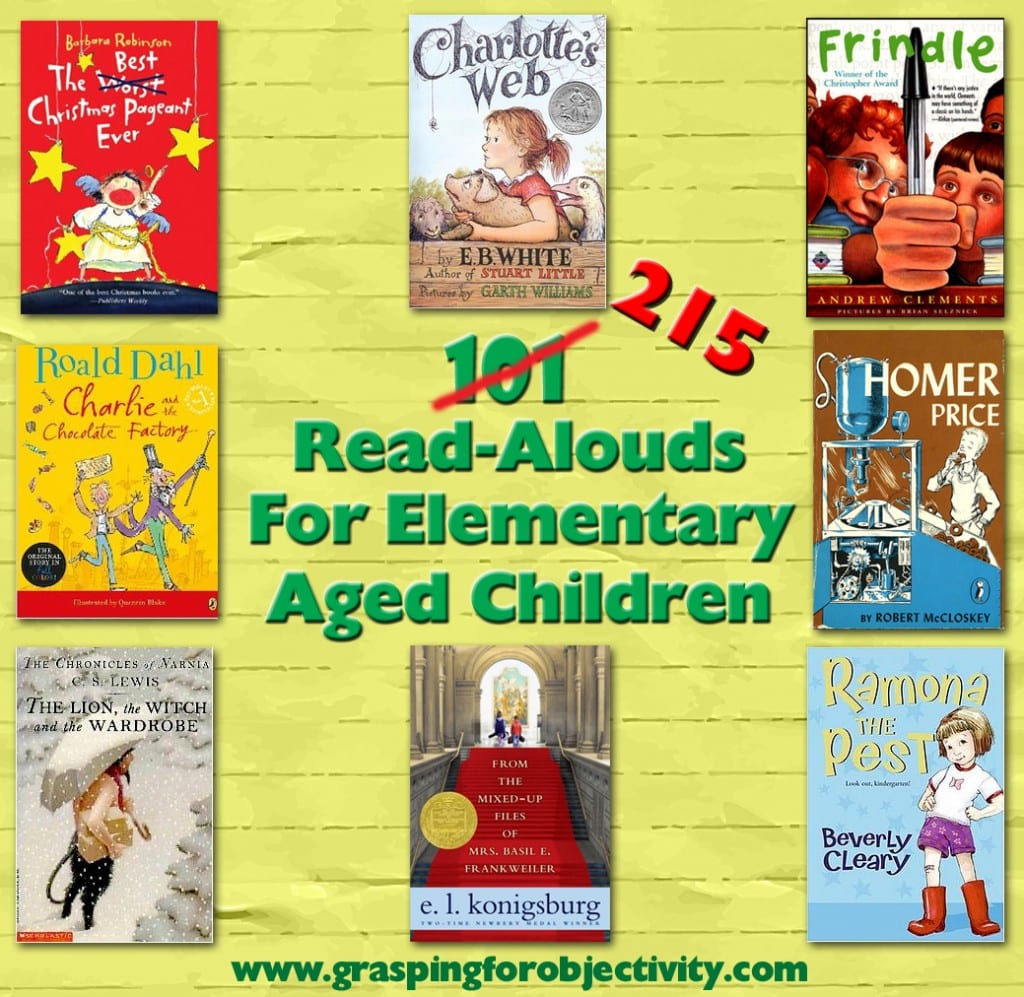 Last week, Ali and I had amazingly fantastical adventures every single day.

We found a golden ticket, sailed down a chocolate river in a pink candy boat, saw squirrels opening walnuts without breaking said walnuts, rode in a glass elevator with millions of buttons, and sat on the edge of our seats as a bad little girl got blown up into a giant blueberry and carried off by tiny people.

Obviously, we read Charlie and the Chocolate Factory.

This was a first for us, and a completely perspective-changing moment for me as a parent.

I’ve been reading books aloud to Ali since she was a baby, and started reading chapter books aloud last fall.  But because I thought I needed to “hook” her into the idea of letting me read a long book, I bought inane “Tales from Pixie Hollow” books and borrowed ridiculously over-formulaic “Rainbow Magic Fairy” library books.

The plots were absurd, the stories all sounded the same, and I was slugging through it.

(And she was mildly interested, but certainly not hooked.)

Then a couple of weeks ago, my friends Ashley and Nikki mentioned that they had read Charlie and the Chocolate Factory aloud to their kids.

I felt like a complete nincompoop, to use a literary term.

The next day, I headed to the library, checked out a few Roald Dahl books, went straight home home and started reading aloud.  And from the first chapter, we were both enthralled.  We were excited, we were living it, we were completely sucked into the story – as should rightfully happen when one reads good literature.

So, in my excitement over this eureka moment, I began compiling a list of all of my favorite childhood books (that weren’t too intense for Ali – she scares easily), and other books that I wanted to read.

Clearly, this is going to take a while to accomplish.  And perhaps, before I finish reading all of these aloud, Ali will take over and read them herself.

Here’s my list so far.  I plan on printing it out and keeping it in my library bag – feel free to do the same.  I would also really love to know what great books I’ve left off – let me know in the comments and I’ll add them!

1. Charlie and the Chocolate Factory

– Roald Dahl / Nothing can beat this book’s entertainment value when read aloud.  Fabulous story with great moral lessons, and what kid doesn’t like hearing about fantastical candy??
2. Charlie and the Great Glass Elevator

– Roald Dahl
3-9. The Chronicles of Narnia

– C.S. Lewis / Some of my most treasured childhood memories are of my Mom reading this series aloud to us.  Engaging and beautiful.
10. Charlotte’s Web

– Astrid Lindgren / I loved Pippi Longstocking as a kid!
13*. The BFG

– Beverly Cleary / These were some of the first books that I read by myself, but I also remember my Mom reading them aloud.  They are great bridge books for both reading aloud and reading alone.
22-26. The Fudge Series

– Judy Blume / I loved these books as a kid! Great sibling interactions, and lots to discuss as well.
27*. Mr. Popper’s Penguins

– E.L. Konigsburg / This was one of the most magical, original stories that I read as a young child.  I can’t wait to read it again!
29. A Wrinkle in Time

– Madeleine L’Engle / I fell in love with Madeleine L’Engle’s writing from this book, and proceeded to read nearly everything she wrote.  Not all of her books, however, are appropriate for children.
30. The Best Christmas Pageant Ever

– L.M. Montgomery / These are probably too old for Ali right now, but would be great family read-aloud books when she is slightly older.  Or, if Ali beats me to it, she can read them herself in a few years.
41-44*. Magic Tree House Series

– Jeff Kinney / I read a couple of these aloud to Ali over a year ago (with occasional language changes), and she loved them! The pictures are engaging, and the stories are short enough to keep the attention of young children, even if they don’t understand everything.  The movie, however, is painful to watch – I hate train-wrecks.
50. The Polar Express

– Christopher Paul Curtis / I found this book while researching for this list.  I’ve not yet read it, but I am eager to read it myself first and see if it is a good book to introduce the subject of Civil Rights and the sadder parts of the history of our city.
53*. The Mostly True Adventures of Homer P. Figg

– Rodman Philbrick
54*. How to Train Your Dragon

– Frances Hodgson Burnett / This book always made me want to live in a giant manor in England with a large, mysterious garden.
56. Harriet the Spy

– Donald J. Sobol / I ADORED these as a kid.  I never could figure out the mysteries, though.  I was always so disappointed in myself!
59. Socks

– Laura Ingalls Wilder / I have to admit that I mentally relate these as being boring.  But I know they weren’t!  I remember enjoying them – they just seem boring.
76. Star of Light

– A.A. Milne / Winnie-The-Pooh stories always surprise me at how creative and refreshing their storylines are.  So much better than I expect – every time!
79. Treasure Island

– Robert Louis Stevenson
80*. My Side of the Mountain

– Jean Craighead George
81*. Danny the Champion of the World

– Roald Dahl
84*. The Missing Golden Ticket and Other Splendiferous Secrets

– James Herriot / My Dad used to read these Veterinarian stories to us.  They were simply amazing!
86*. The Invention of Hugo Cabret

– Robert McCloskey / This is a rare book to find, but I LOVED it as a kid! Homer had some really fantastic adventures.
90. Andrew Henry’s Meadow

– Betty McDonald
94. Mrs. Frisby and the Rats of Nimh

– William Goldman / This book was written for adults, and if you haven’t read the book and are a Princess Bride fan like myself, then you’re missing out.  With some skipping here and there, it’d make a great children’s read-aloud book as well.  I wish they would come out with a children’s version…because, as always, the book is even better than the movie.
96*. The Penderwicks: A Summer Tale of Four Sisters, Two Rabbits, and a Very Interesting Boy

– Scott O’Dell
99*. Cornelia and the Audacious Escapades of the Somerset Sisters

Please let me know what I need to add to the list!

– Lois Lenski / Suggested by Mama Hen and Roxaline
103. Because of Winn-Dixie

– Various Authors / Suggested by Roxaline and Gina
109. The Courage of Sarah Noble

– L. Frank Baum / Suggested by Marty and Robin
121. The Borrowers

– Deborah Howe / Suggested by Heidi
127. Tales of a Fourth Grade Nothing

– Gertrude Chandler Warner / Suggested by Shiree and Jaisey
129. Summer of the Monkeys

– Wilson Rawls / Suggested by Robin
130. Where the Red Fern Grows

– Carolyn Keene / Suggested by Gina and Anita Wright and Jaisey
132. Bridge to Terabithia

– Clifford Hicks / Suggested by JC
135. Flatland: A Romance of Many Dimensions

– Franklin W. Dixon / Suggested by JC
137. Five Little Peppers and How They Grew

– Louisa May Alcott / Suggested by Katie
139. Rose in Bloom

– Paul Hutchens / Suggested by Stacey
143. Jack Black and the Ship of Thieves

– Ralph Moody / Suggested by MBD
146. Cheaper by the Dozen

– Frank B. Gilbreth Jr / Suggested by MBD and Carol
147. The Great Turkey Walk

– Lila Hopkins / Suggested by Laura
149. A Girl of the Limberlost

– Alf Proyson / Suggested by Mary @ Parenthood
153. The Last of the Really Great Whangdoodles

– Robert Siegal / Suggested by Hannah
163. The Princess and the Goblin

– George MacDonald / Suggested by Hannah
164. The Princess and Curdie

– Beverly Cleary / Suggested by Carissa
167. The Tower of Geburah (Archives of Anthropos)

– John White / Suggested by Carissa
168. Peter and the Starcatchers

– Geronimo Stilton / Suggested by Carissa
170. There’s a Boy in the Girls’ Bathroom

* Can be intense emotionally – Lois Lowry / Suggested by Laura
172. The War with Grandpa

– Robert Kimmel Smith / Suggested by Lisa
173. Out of My Mind

– Sharon M. Draper / Suggested by Claire
174. The Castle in the Attic

– Elizabeth Winthrop / Suggested by Debbie and Lisa
175. Bud, Not Buddy

– Anna Sewell / Suggested by Anita Wright
181. What Katy Did

– Crockett Johnson / Suggested by Amber Thomas
188. The Duel: The Gingham Dog and The Calico Cat

– Brandon Mull / Suggested by Suzanne Brazzell
193. Summer of the Monkeys

– Richard Peck / Suggested by Renee
198. A Year Down Yonder

– Leslie Connor / Suggested by Jessica
202. Waiting for the Magic

– Shannon Hale / Suggested by Eryn
210. Where the Mountain Meets the Moon

– Louis Sachar / Suggested by Amber
212. The Name of this Book Is Secret

Check out my homeschooling category for more possibly helpful posts! 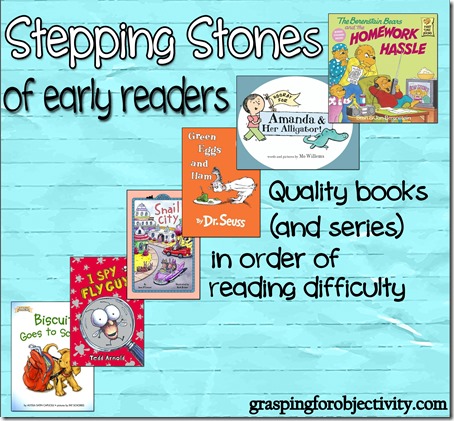 or this Geography Project: 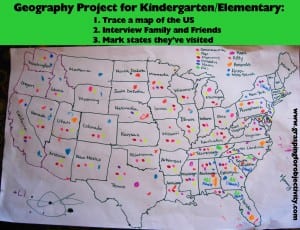 219 thoughts on “The Read-Aloud Challenge.”