After bearing great waves of shame in my Draw Something Tell-All post, I quit playing for a couple of weeks.  I just couldn’t bring myself to draw any more of my frighteningly appalling Works of Shame.

…Then I attempted to play again, hoping for a miracle in the form of spontaneous artistic giftedness. 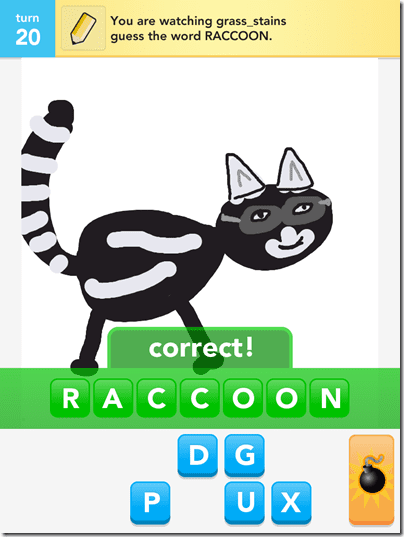 That miracle clearly didn’t come, so I quit again.

Then I picked it up once more, and in so doing, finally had a moment of enlightenment.

(Okay – that wasn’t the moment of enlightenment.  I was already excruciatingly aware of that.)

I realized that I can’t do art, but perhaps, just perhaps, if I attempted to amuse my opponents, they would be distracted from my loathsome drawing skills and disdain me a tiny bit less.

I also realized that although it is generally considered malodorous to use words in one’s drawings, if one’s words do not give away the clue, but instead add a satirical twist to the drawing, it is accepted and welcomed as “Better Than No Words”. 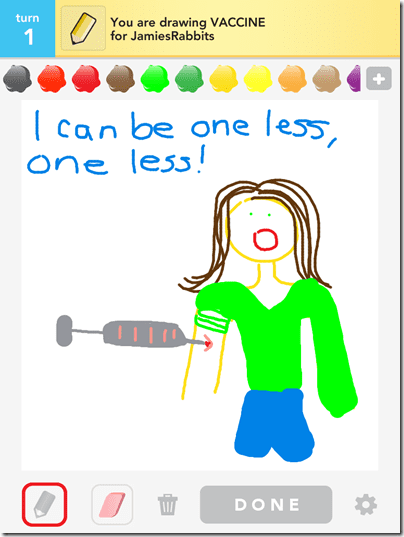 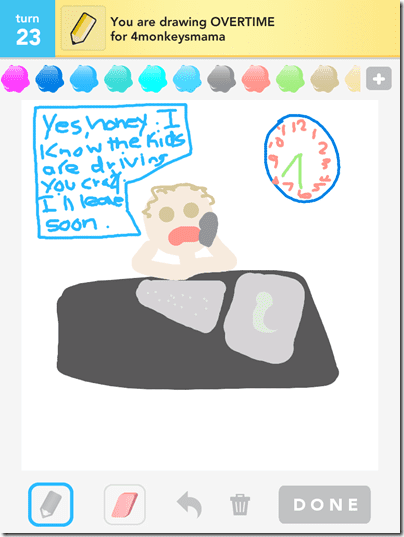 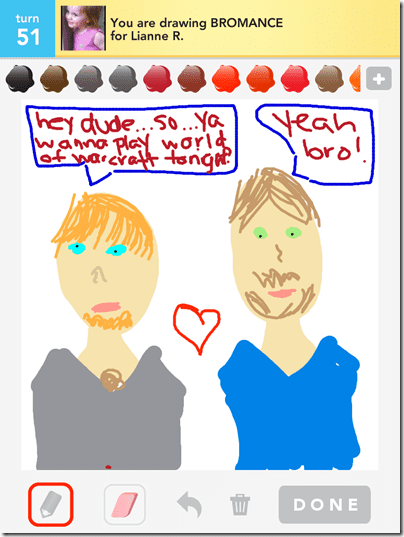 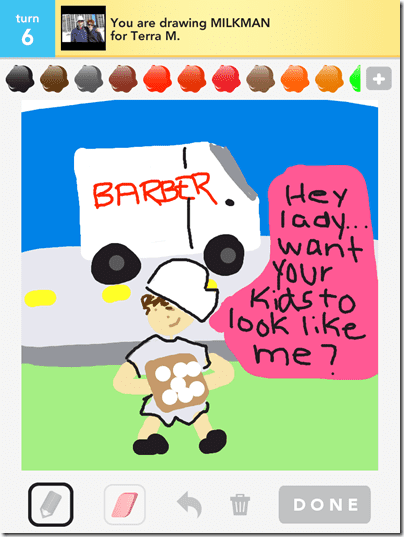 On other drawings, I enjoyed the power of subtle touches. 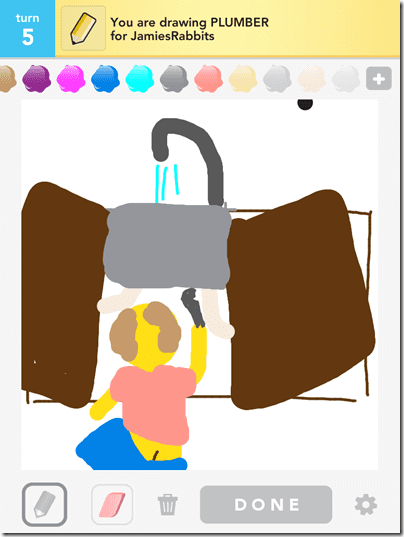 Or perpetuating a stereotype in a scrappy illustration. 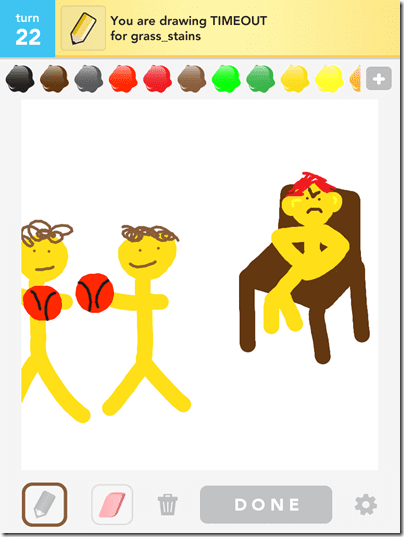 And, when I couldn’t find anything humorous to touch on, I went for an incredulous waste of my opponent’s time, as I meticulously drew a completely unnecessary amount of details. 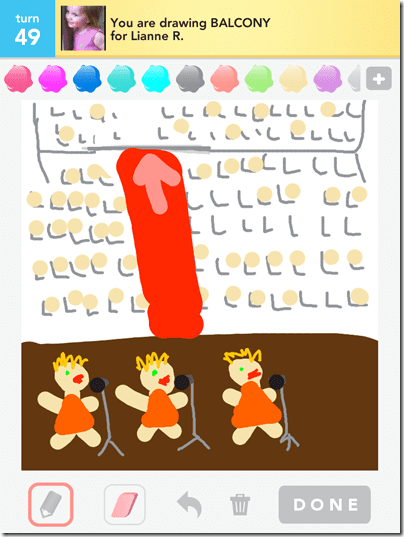 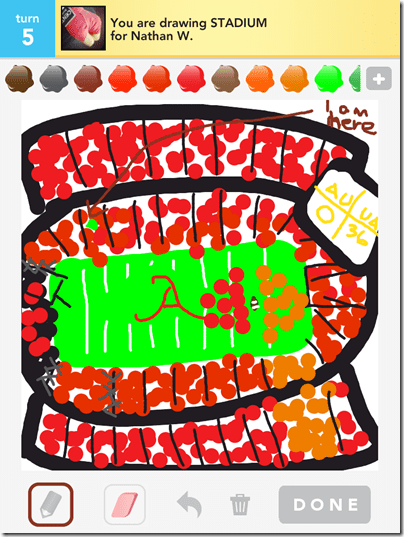 (See those grey x’s?  Those are the gates that cordon off the student section.)

(And those black dots in the South Endzone?  Those are the frat guys in their suits.)

(And that one lone green dot in section B?  That’s me, being rebellious and not wearing team colors.  At the biggest game of the year, no less.)

I found that it was even more fun to waste my opponent’s time if I could draw a detailed picture and not give the actual clue away until the very end, therefore preventing them from solving early and escaping my clutches. 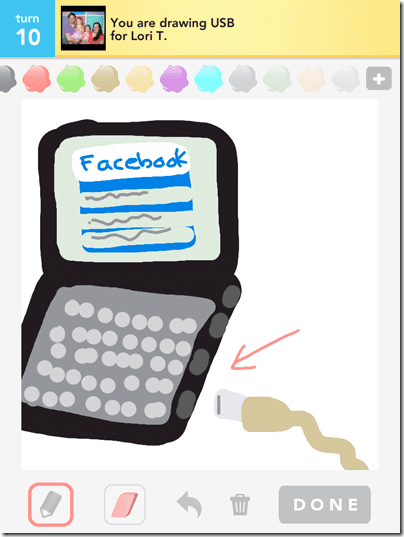 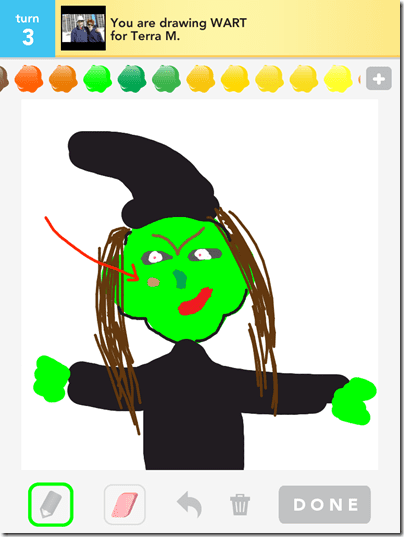 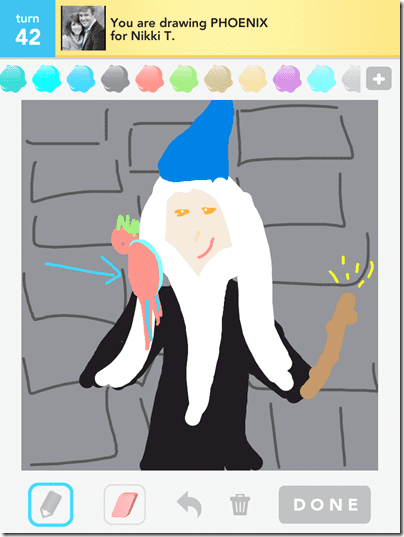 (Most likely, though, the joke was on me, as I was the one who continued to have unwashed dishes in my sink due to extenuating drawing times.  They probably washed their dishes while they waited on my drawing to finish.)

I also decided to jump on any opportunity to make a movie reference, 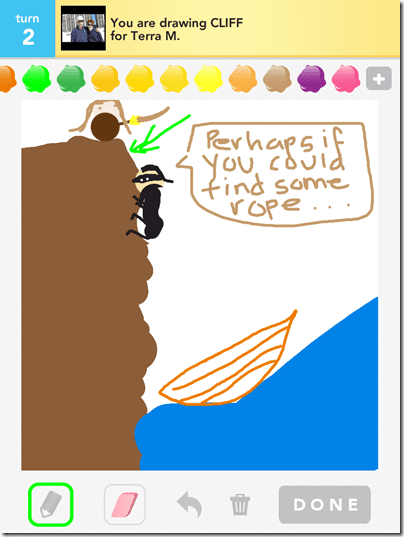 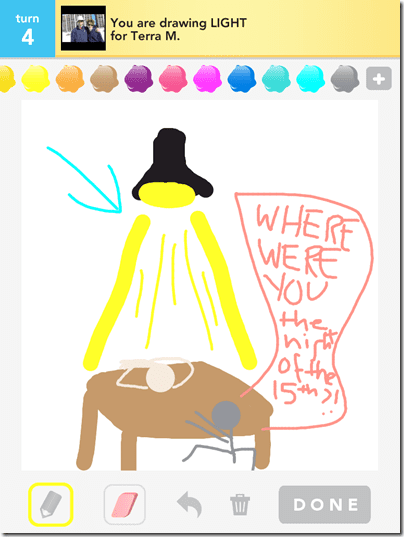 or a bacon reference. 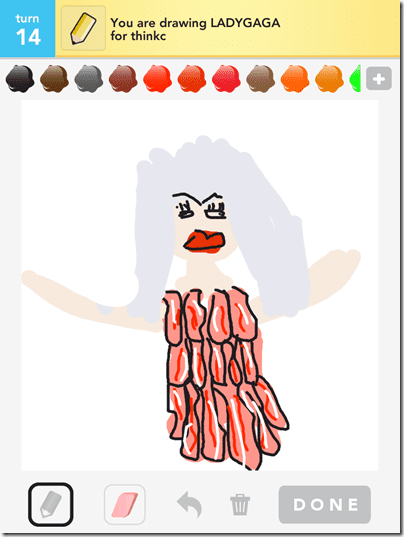 (See why I need to distract them from my hideous art?)

But to help out with my lack of skills, I decided to start referencing Google Images when I found myself really needing to plagiarize someone else’s hard work. 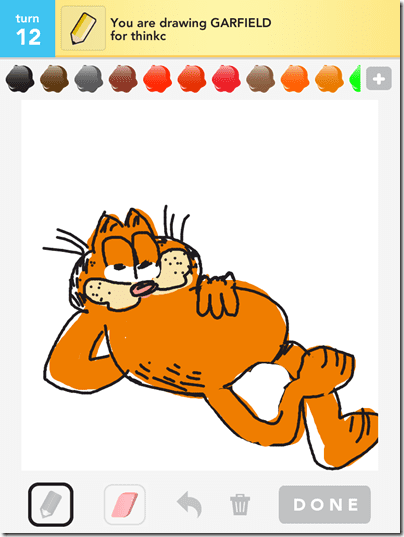 I found that it never hurts to do a double header, either. 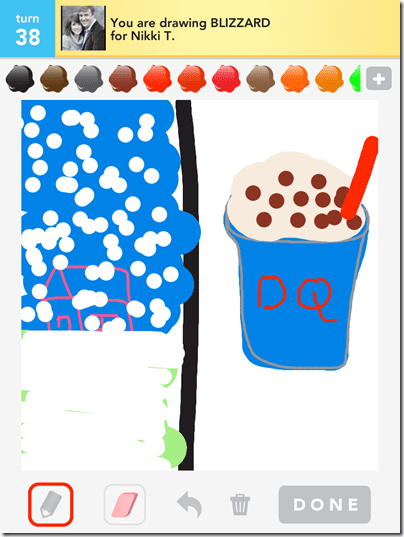 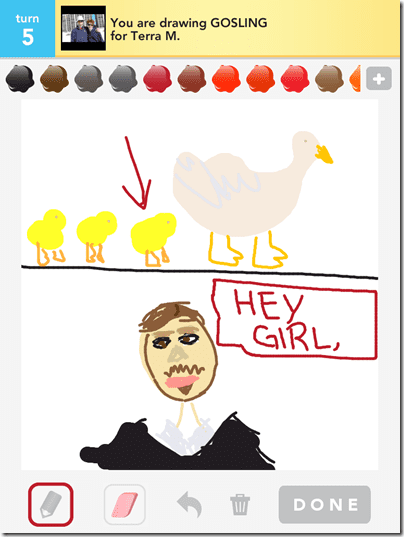 (Ryan Gosling is somewhere right now saying, “Hey Girl, I know you can’t draw, so I’m totally okay with the fact that you made me look like a Russian Spy with a broken nose and a hot dog for lips.”)

But more than anything, I realized that the fun is in the details, no matter how poorly they’re illustrated. 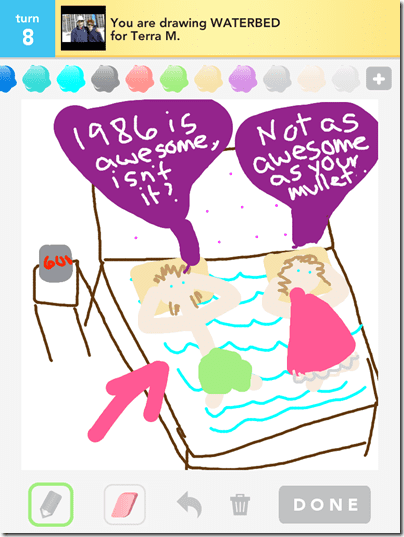 (Unless, of course, I get the details wrong. And my husband happens to see.) 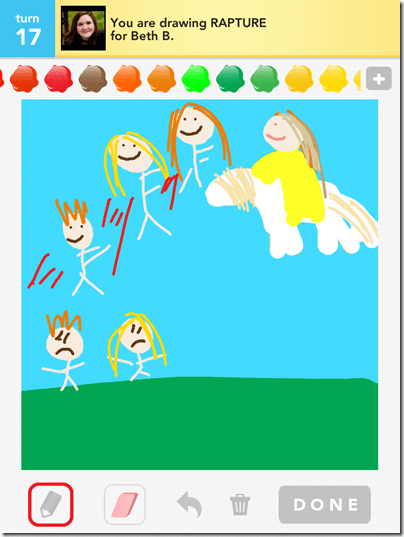 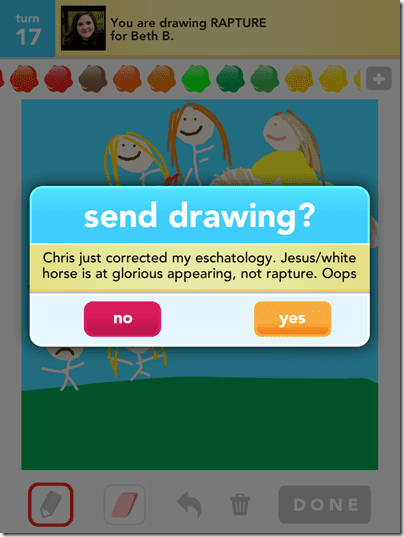 But ultimately, I still hung my hat on the fact that my best work is still in the gory – details or not, I’m AWESOME with blood and guts. 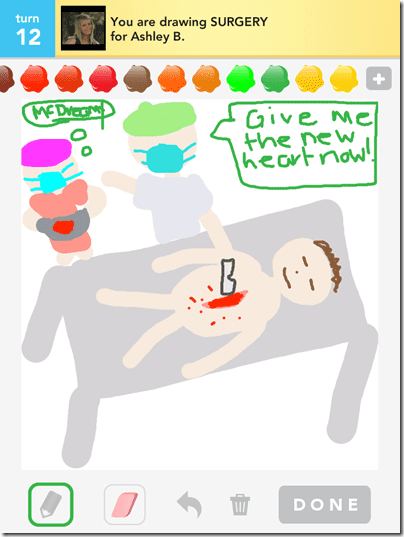 Look at that precision!!  Behold that happy patient!!

I missed my calling.

I wasn’t meant to be an accountant, nor a blogger – I was meant to cut people open for a living.

20 thoughts on “A Draw Something Miracle.”