The most fun contest I held last year was Predict America’s Pick.

(At least it was for me, because I got to create a spreadsheet to keep up with the rankings that rose to new levels of complete geekdom.)

So clearly, I want to offer it again.

I almost didn’t make the “deadline”, though, which I completely blame on Downton Abbey – we got hopelessly behind on American Idol due to our extended and obsessive trip to the Abbey.

But once we finished every available episode, we staunchly set our sights on getting caught up on Idol, even though we both pined for Mary, Matthew, and Edith to be the judges and The Dowager Countess to replace Ryan.

(And that’s saying something, since Ryan is on my Top Five Celebrity Crush List.)

On to the contest.

The time has come to choose your rankings.  But not without the promise of great prizes, of course.  This year, I have $400 worth of prizes!!!

Novica, one of my favorite gift-buying sites in all the world, has kindly agreed to sponsor this year’s contest again!  Novica is a fabulous company that partners with National Geographic to help give international artisans access to sell their unique and unbelievably unique creations online.  They have handmade jewelry (my favorite – I wear their jewelry all the time!), unique gifts, home décor, furniture, paintings, and much more.  Every time I go to their site, I literally get lost in the midst of beautiful things for hours.

Some of my favorite Novica purchases have been this fabulous peridot necklace, 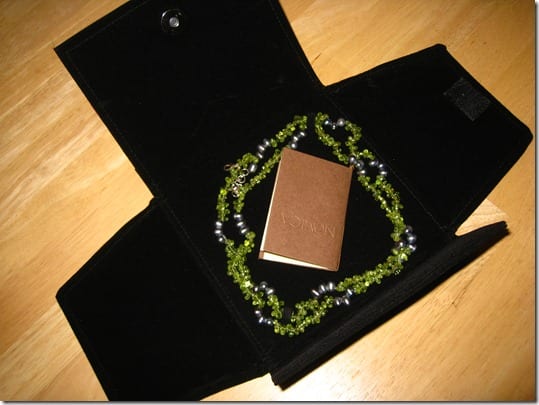 And this  gorgeous necklace and earring set. 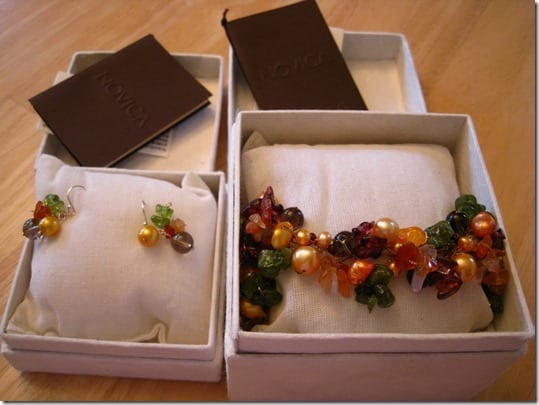 Novica also just opened a gifts and jewelry home party division, NOVICA Live.  It’s a great opportunity to make money and help artisans all around the world through fun parties!

So.  There will be two prizes:  A Winner’s Prize and a Participation Prize.

The Winner’s Prize, a $300 Gift Certificate to Novica.com, will be awarded to the person that is closest in their predictions to what actually occurs in this season’s American Idol.

The Participation Prize, a $100 Gift Certificate to Novica.com, will go to a randomly selected participant in the contest.

So whether you know anything about American Idol or not, you have a chance to win!

I have created an entry form with the top 12 contestant’s names on it. All you have to do is put those contestants in order, from 1-12, of how YOU think they will fare in the contest (1 being the winner, and 12 being the first person eliminated).

If you need a handy contestant reference guide, click here.

You only have three days to fill out an entry form – the contest will be closed at the start of the first top 12 performance on Wednesday night, March 14th.

I will keep up with everyone’s picks and will publish a leaderboard each week after eliminations – there will be a button on my sidebar where you can check the current leaderboard.  The person with the most accurate picks after the final show will win the $300 Gift Certificate!!

To enter to win the $100 Participation Prize:

You can be entered into the participation prize anytime between now and Wednesday evening by helping get the word out about the contest!  You get one entry for each of the following:

*** To get your entries, be sure to leave a comment on this post for each entry that you earned by doing the above items!!! ***

Also, you get FIVE entries for each person that reports that they found out about the contest from you! (There’s a field on the entry form for them to give you credit.)

So, Start Entering!!  And Good Luck!!

Disclosure: I was not compensated in any way for my nice words about NOVICA – my opinions are always my own, and their site is heavenly.