I was skeptical about this season’s American Idol.

Could it continue without Simon?

I knew I wouldn’t miss Kara for a tenth of a second, but Simon… he made the show.  The only person that would be more of an unforgivable loss than Simon would be Ryan, whom I might have a so-obsessive-that-I-dream-about-him tiny TV-Crush on.

If Ryan ever quits the show, I’m quitting it too.

But I was surprised by this season – pleasantly so.  The show has actually been more … calming.  Without Simon around, the judges are still entertaining, but they’re never cruelly blunt.  It’s a happier place now, and I do like happy places.

Plus, I’m eternally entertained by the fact that one of the judges is the spitting image of an older and even more washed up Captain Jack Sparrow… 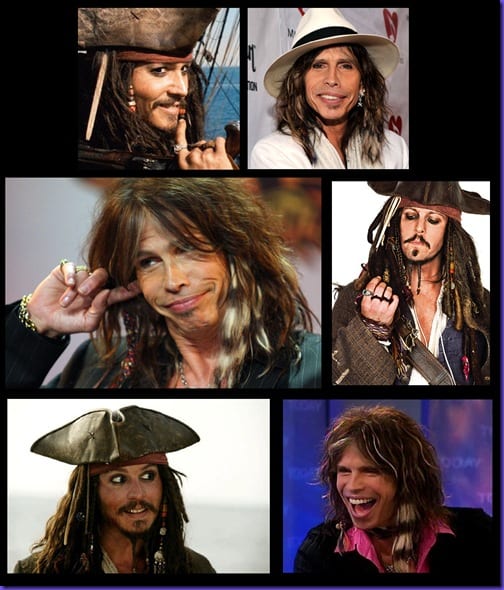 And so, to celebrate a fun new type of Idol, I’ve decided to have a contest!

And, since no contest is complete without prizes, I made sure that the prizes are FANTASTIC.

Y’all know how much I adore NOVICA – I feel like I talk about them all of the time.  But in case you’ve missed it, NOVICA is an AMAZING site full of millions of things that I want to own, and I promise that you will, too.

Partnered with National Geographic, NOVICA connects artisans all over the world with us through their awesomely easy-to-use website and their NOVICA Live home shows.  And I am constantly stunned by their surprisingly affordable prices!  My favorites are their necklaces and earrings – I’ve bought several, and the quality is amazing!!  In fact, I’m wearing one of my favorite NOVICA items in my latest Twitter/Facebook picture.

They have so many things that I have literally spent hours browsing their site.  But if you don’t have time for that, they have a great Unique Gifts page that helps categorize and sort their products for finding the perfect gift – for someone else or yourself!

So.  NOVICA has graciously agreed to sponsor this contest… are you ready for this?

The GRAND PRIZE, which will go to the winner of the contest, is a $200 NOVICA Gift Certificate!!!!

And the Participation Prize, which will go to one randomly chosen participant in the contest, is a $50 NOVICA Gift Certificate!

I’m so excited to be able to offer you such a significant amount of money with which to explore the worlds of awesomeness at NOVICA.

I have created an entry form with the top 13 contestant’s names on it. All you have to do is put those contestants in order, from 1-13, of how YOU think they will fare in the contest (1 being the winner, and 13 being the first person eliminated).

You only have six days in which to fill out an entry form – the contest will be closed at the start of the first top 13 performance – Wednesday night, March 9th.

I will keep up with everyone’s picks and will publish a leaderboard each week after eliminations.  The person with the most accurate picks after the final show will win the $200 Gift Certificate!!

To enter to win the $50 Participation Prize:

You can be entered into the participation prize anytime between now and next Wednesday by helping get the word out!  You get one entry for each of the following:

*** Be sure to leave a comment on this post for each entry that you earned by doing the above items!!! ***

Also, you get FIVE entries for each person that says they found out about the contest from you! (There’s a field on the entry form for them to give you credit.)

And now that I’ve completely confused everyone…

Disclaimer: I was not compensated in any way for my nice words about NOVICA – my opinions are always my own, and I seriously love their site.