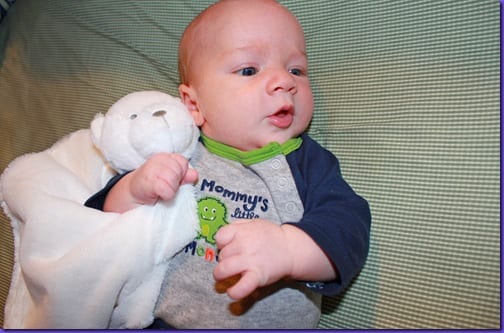 and (almost) shove his whole fist into his mouth… 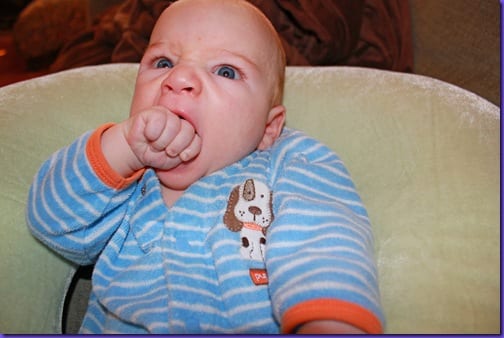 But his most impressive talent thus far is his ability to escape impossible situations.

I put him to bed every night like this: 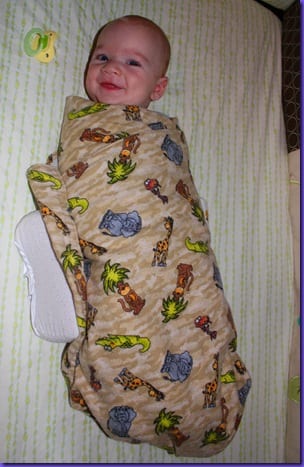 Okay. Maybe not that happy OR that awake, but definitely that trapped.

His imprisonment is as follows:

He looks like nothing but a detached Baby Bobble Head by the time I finish: 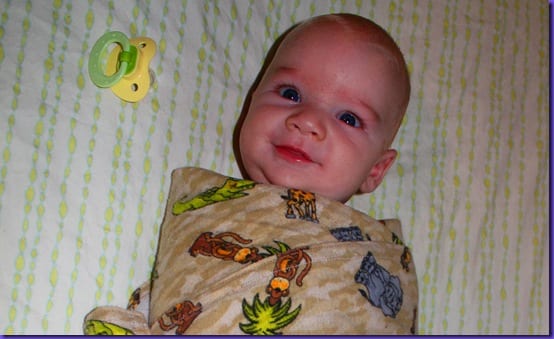 And so, with all of that effort and the fact that he’s TEN WEEKS OLD, and, therefore, not exactly mobile, I fully expect for him to look like this when I come get him in the morning: 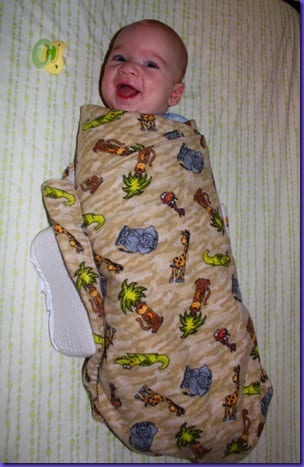 About every fourth morning, I come in to find this: 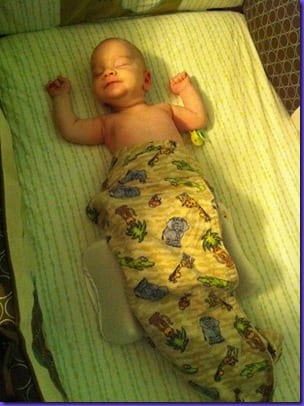 Yes.  Just casually laying there, pretending that he’s been doing nothing but sleeping all night long, rather than feverishly working on escaping from his pajamas AND his straight jacket swaddle. 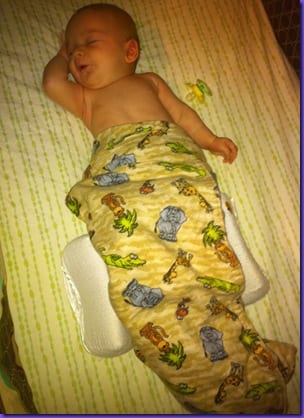 “Okay! Start the countdown!! The Great Houdin-O-Baby now has only eight hours to be the YOUNGEST MAGICIABABY EVER to escape from this impossible trap!! Look at him wriggle!!!  There’s a shoulder!! And another!! AMAZING!!! Will he make it??”

I suppose I should count my blessings that he hasn’t figured out how to escape his diaper yet, because once those morning stretches begin… 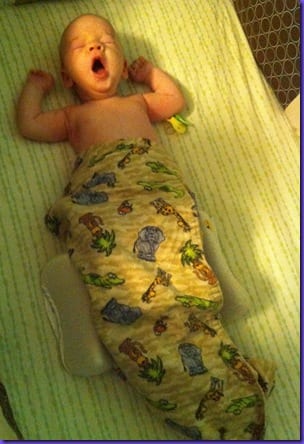 …his bed would suffer a fate worse than death that no amount of magicianship could reverse.