Normally, I would be maniacally giddy that I got ahold of The Servant Who Calls Herself Mommy’s blog again.. 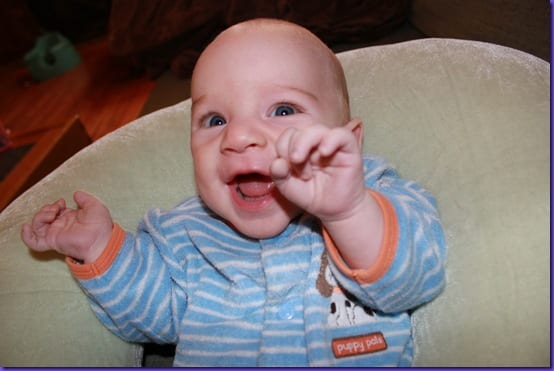 But I don’t quite feel like myself right now. 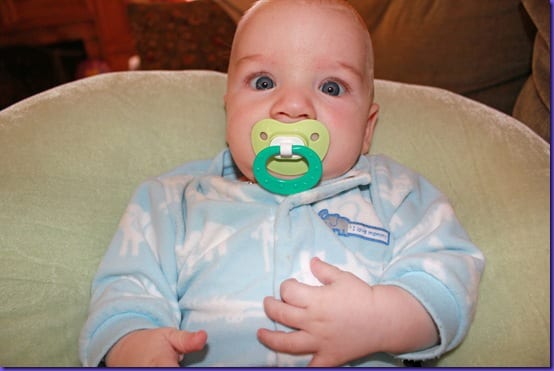 (Plus, it takes a LOT of coordination to suck a paci and type at the same time – you just have no idea.)

The word on the street is that I’ve got a cold.

I didn’t even know what that was, seeing as how I’ve never been sick in my ENTIRE LIFE.

And I’m not even exaggerating.

It all started with this weird sound coming from my nose the other morning while I was eating my breakfast.

I had a rhythm going and everything was working out okay despite that strange noise… until I sneezed. 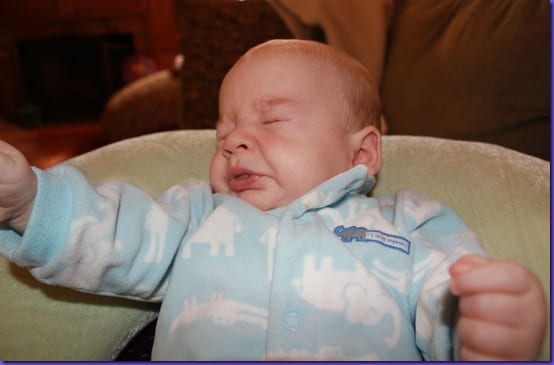 And the most bizarre thing happened.

This gigantic wad of sticky green stuff came out of my nose!!  I’ve never seen anything like it before (but that’s only because I can’t see into my diapers from what I hear), but it was super cool – it coated me and The Servant Who Calls Herself Mommy so thickly that we nearly slid off the bed from the slipperiness!!!

Then, after I ate, The Servant Who Calls Herself Mommy stuck this long thing in my nose that started sucking my brains out!!!

It was unbelievably rude and intrusive, and I made sure she knew of my complete dissatisfaction with her service.

…which ended up working out well for me, because she felt so guilty for her brain-sucking that she let me wad her hair up in my biggest hairball creation yet!! 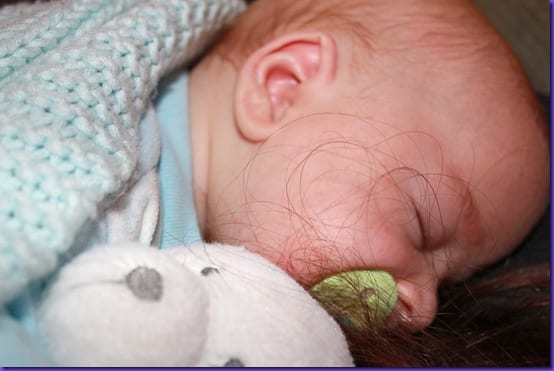 …Yes, I might have been milking my cold just a TIIINY bit… 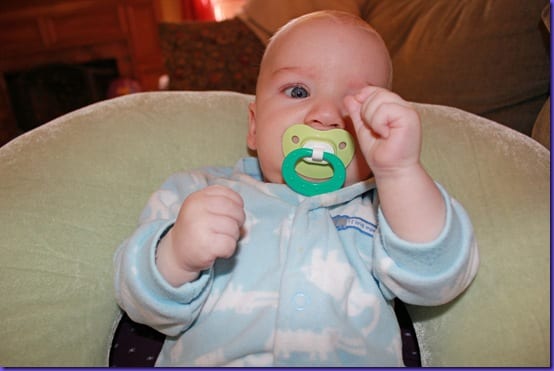 But it didn’t benefit JUST me.  The Servant Who Calls Herself Mommy’s attention being consumed completely with my snoggling nose allowed The Sister Who Calls Herself Ali the opportunity to fairify the Furry Thing: 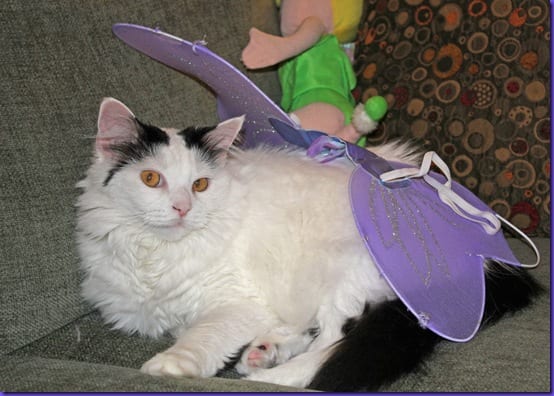 Okay. Obviously, it worked out for me and Ali – maybe not so much for the Furry Thing.

But at any rate, I haven’t let this cold slow me down.  I’ve still been working on my Hollywood audition tapes – I am a professional, after all.  I’ve especially been working on my star-studded laugh lately… are you ready for this?

Cute – yes, I’m aware that I have that trait.  But the REAL winner of a video would have been if I could have held the camera.  Then you would have known what I was laughing AT – that woman can do some ca-RAZY things with her face.