People are passionate about their Easter Candy Experience.

I had no idea of this phenomenon until I wrote my thesis on Cadbury Mini Eggs, and watched it become my most popular post of the month.  But the most fascinating concept that came out of that post was…exploding Peeps.

I knew that Peeps were a well-experimented-on confection – my Mom had told me that in high school, they dunked Peeps in every type of corrosive liquid known to man, and none made the chicks dissolve – with the one exception of stomach acid.

(Which makes me wonder how we don’t always have stomach ulcers… or holes all the way through our bellies.)

Robin and Lindsey both mentioned that the best reason to buy Peeps was to make them explode in the microwave.

Obviously, this was something that absolutely insisted upon further investigation.

So, for the first time in my life, I bought a pack of Peeps.

Yes, Ladies and Gentlemen, I spent an entire dollar on this blog post.

I introduced Ali, for the first time, to this brightly colored treat that looked just like Gramamma’s REAL chicks, then explained that it would be unbelievable amounts of fun to make them explode.

And after her trauma counseling, I got her to guess how long it would take.

So first, the hypothesis:

(Kindly ignore the mess behind her…we were in the middle of packing to go to Gramamma’s house…to see those real chicks…which really, will have a much more traumatic end than our Peeps.)

So there you have it.  It’s more of an “expansion” than an “explosion”, but it was highly entertaining to torture Peeps in that manner.

Plus, Ali and I now TOTALLY know what the inventor of Angry Birds was doing when he got his inspiration for the yellow one… 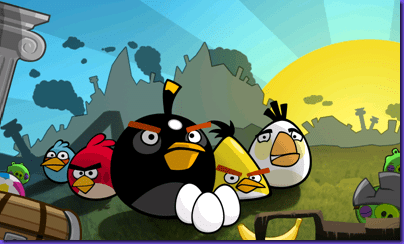 Because, really, being exploded in the microwave would make me pretty angry, too.

24 thoughts on “Explosions, of the Peep Variety.”