As I was folding my jeans on Saturday, I saw a horrific sight.  My favorite pair of jeans – the most cherished item in my wardrobe – had, unbeknownst to me, acquired quite the hole.  And said hole was notsomuch in a place where holes are acceptable… 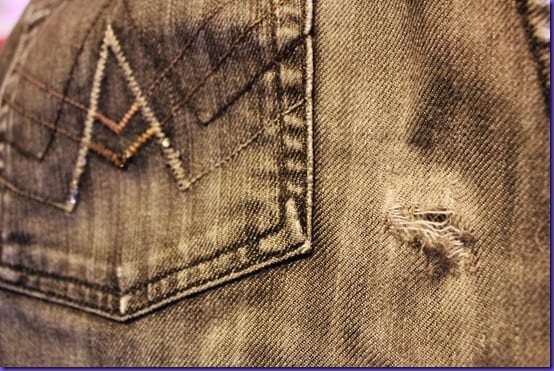 My first reaction was mourning, of course.  There were so many things that I never got the opportunity to tell those jeans…

Then the paranoia came.  Obviously, that hole had developed at some point when my butt was actually in those jeans, meaning that there was a good chance the someone – or MANY someones – knew about the death of my jeans (and, therefore, the color of my undergarments) before I did.

(If you were one of those someones, I do apologize for my immodesty.  Oh – and I’m no longer speaking to you for allowing me to continue on in that condition, blissfully unaware of my hinder issues.)

As I continued my ten steps of grieving, next came blame. 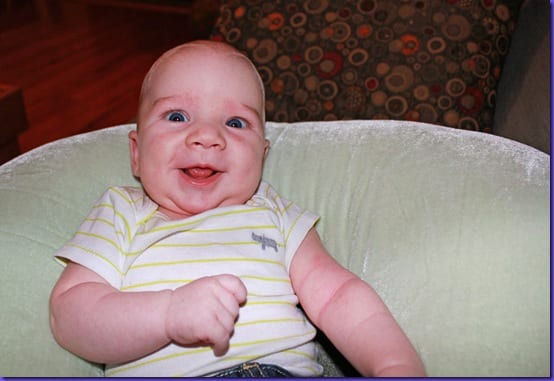 Okay, I can’t totally blame Noah for that hole.  He didn’t make me choose to cram myself into my jeans until I was seven months pregnant, therefore stretching the very soul out of that poor, unfortunate expanse of denim.

But now I know, first hand, that Sir Isaac Newton was no fool: Every action does indeed have an equal and opposite reaction.

So of course, I became consumed with replacing my favorite pair of jeans.

Which, of course, had been discontinued.

But, thanks to my best friend, Internet, typing the style number into Google found me the one pair left in the universe – that happened to be for sale on Ebay, and in my size.

(Seriously – how DID people live before the internet existed???)

Those jeans are now flying towards me from whence they came with the help of UPS, desperately hoping that they don’t suffer the same fate as their predecessor.

…But then on Sunday I watched the Grammys.

And I realized that my wardrobe sorely needed to be updated, not replaced.

Because – Who Knew? Denim is totally out, and CARTOON clothing is the way to go. 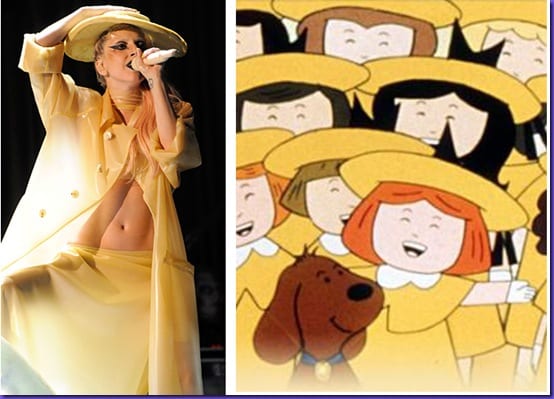 (Or, at least, she dressed as Madeline in the as-yet-unpublished book, “Madeline Meets Teen Angst”.) 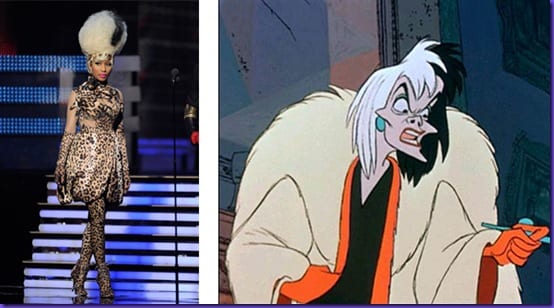 And Cee-Lo was strutting the style of Giant-Elmo-Eats-The-Entire-Cast-Of-Sesame-Street. 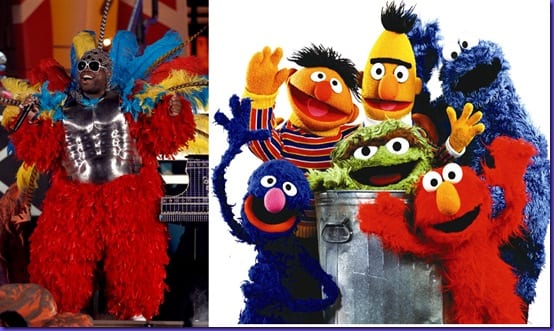 But I didn’t feel TOO bad, because I wasn’t the only one who didn’t get the memo:  Poor Miranda Lambert thought the style was COMMERCIALS, not cartoons.

So she naturally dressed as Mud. 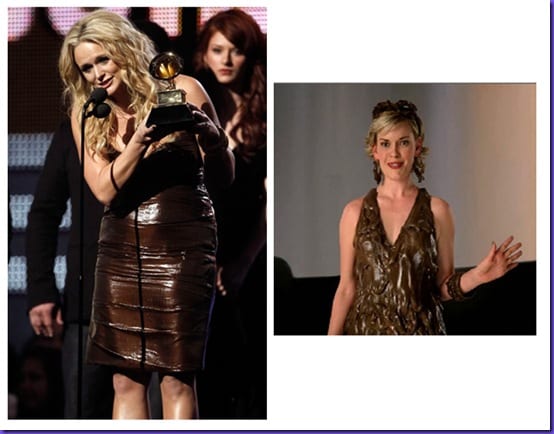 Swiffer would be so proud.