Remember a few months ago when I ever-so-gracefully broke Ali’s bed?

And remember that Chris “made it work” until he could PROPERLY reconstruct the bed??

Well, life got busy, summertime came and went, and somehow, three months flew by with her bed in the “make it work” transitional state.

But then, Sunday night was The Chosen Night of the Grand Bed Redesign.

Ali and I snuggled up in mine and Chris’ bed and watched Tinkerbell, all while the background noises of drilling, welding, soldering, and erecting huge steel columns were wafting through the air from Ali’s bedroom.

(Okay, maybe not all that, but I could TOTALLY imagine Chris in there with a welder’s full face mask on…)

Well, here’s what really went down in there, as told by my husband…

Hello, blog readers. I am the daddy. When my princess has a broken bed, I immediately assume that cheap foreign furniture is to blame, and I seek to remedy this situation, and by remedy, I mean re-engineer the bed to make it invincible to jumping, overloading, Jack Bauer, & nuclear holocaust. The basics.

Lets start with said furniture, from a large unmentioned furniture chain named after a girl. This is a trundle bed, so there is no boxspring, just a mattress on boards that WERE supported by this: 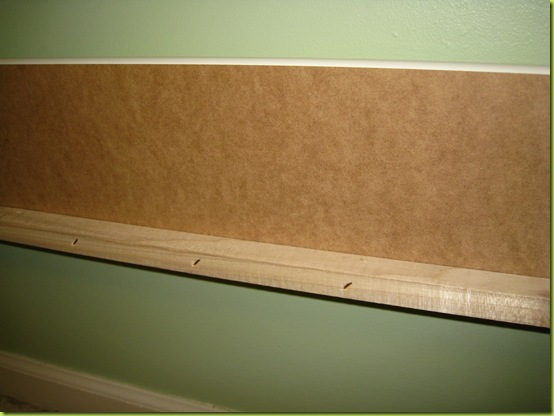 Ever so unsecurely stapled and lightly glued to the side supports, hence the previous collapse. It took me about 2 minutes to pry off the remaining side with a flat head screwdriver: 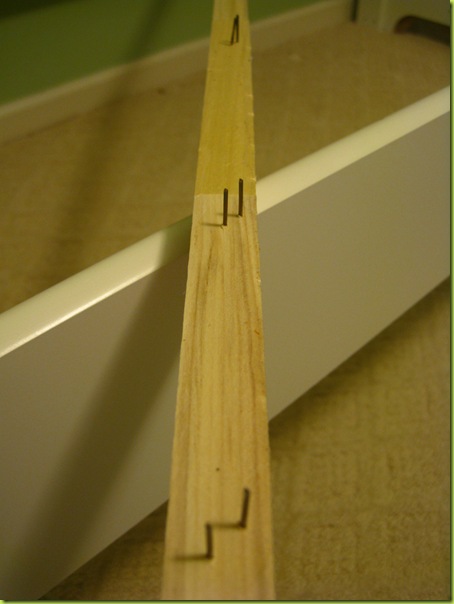 A few weeks ago I took one of those long daddy trips to Lowe’s, where engineers have to be alone and carefully consider all available options for hardware. It also didn’t hurt that a storm broke out while I was there and extra consideration beat sprinting to the truck in the rain with a buggy full of overdoing it.

I left with what I felt was a truly optimal solution. STEEL. I model it every day at work. I studied it in college. It’s my friend.

Anyway, if you ever need it, Lowe’s carries various and assorted lengths of perforated steel angles that were practically labeled “big girl bed reinforcement kit.” 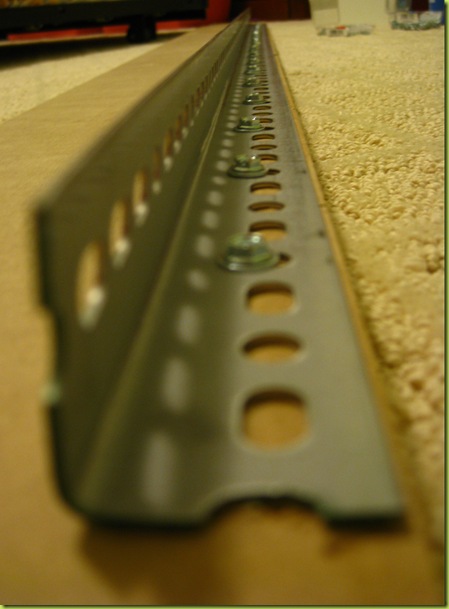 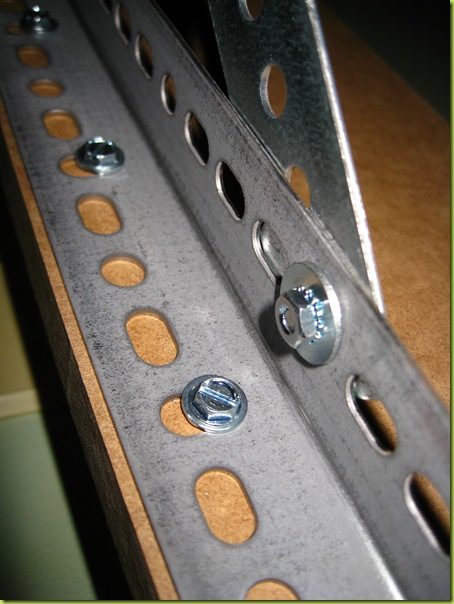 For the geeks out there, no explanation is needed for the horizontal brace I bolted to the angles. I’ll spare the rest of you. 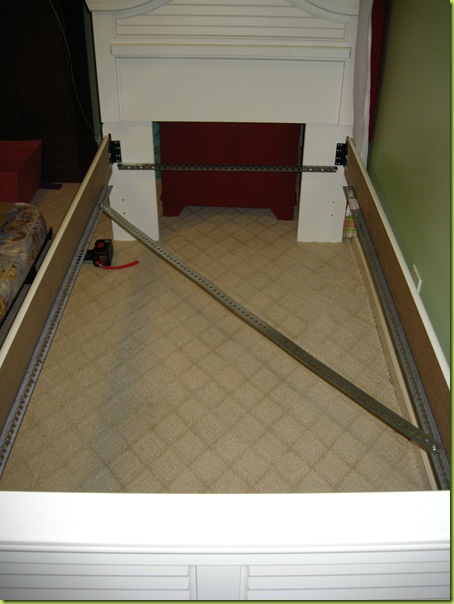 This is where my tinkering stopped and the old bed reappeared: 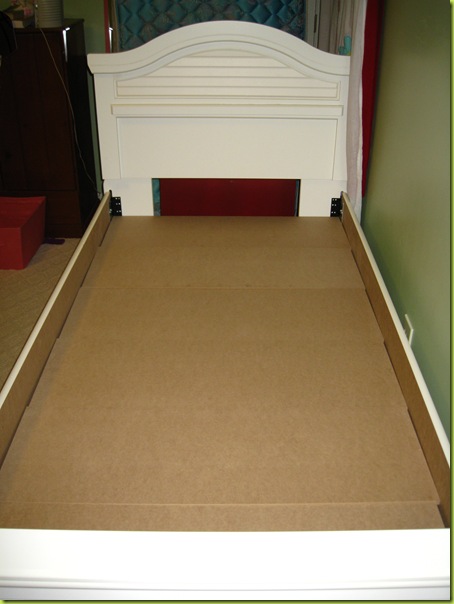 But the steel is there. Like Jack Nicholson, you want me on that wall, you need me on that wall. To provide the very bed of freedom….. Or something like that. I had Ali jump up and down on the bed while I watched from underneath. 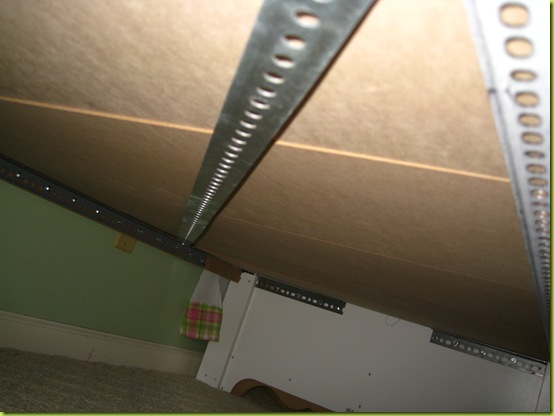 So the finished product is restored to its former self, but this time, girly bed is, as they say, strong enough for a man, but made for a princess. 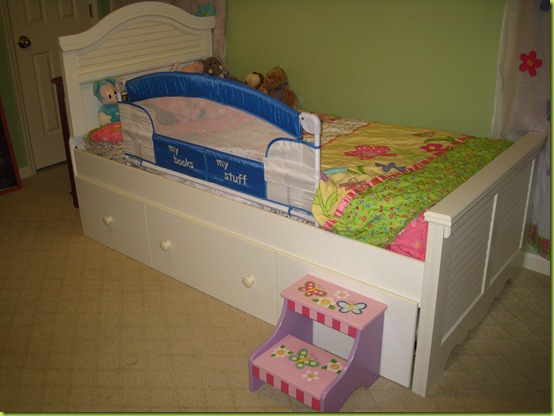 There is something truly satisfying in the soul of a man taking great care to protect his family.

Maybe not from from the British Army or wild Cherokee raiders, but at least from dangerous bedroom furniture.

12 thoughts on “All Little Girls Need Beds of Steel…Right?”