The state of Alabama is now officially under the trance of the upcoming football season. And the teensy-tinesy detail of Alabama being the defending National Champion AND coming into the season ranked number one nationally is making the hysteria just a wee bit more deserving-of-straight-jacket-insanity than usual.

Unfortunately, this football hysteria causes some people to do really dumb things.

(And that’s BESIDES the people that have named their babies boy babies Saban and girl babies Crimson, or have gone out and added to their collection of Alabama Football tattoos.)

Like, for instance, not spellchecking the tickets before sending them to the printing press. Apparently, whoever WAS in charge of making 101,000 tickets apparently forgot the mnemonic that we all had to learn in third grade…

And so, we all received our fancy-schmancy holographic tickets … with Mississippi spelled wrong. 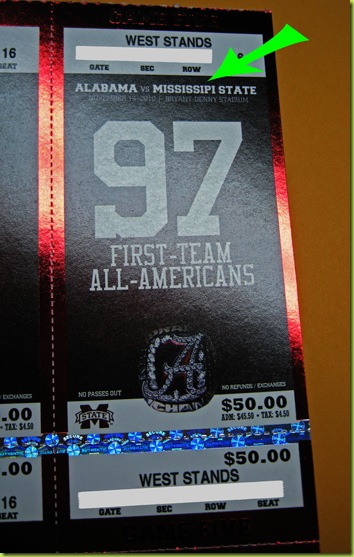 But wait! There’s more!! The crazed football hysteria makes other people do even dumber things…. like photoshop ones’ own body over Nick Saban’s wife’s body and claim that he endorsed your Mayoral Candidacy: 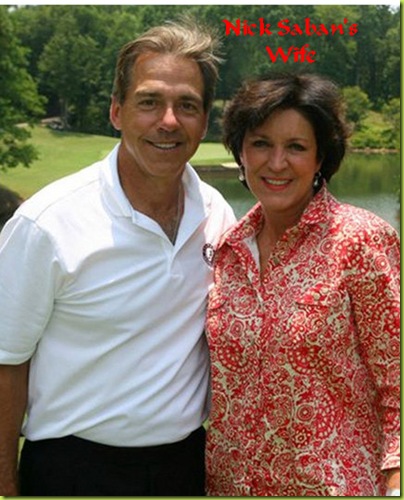 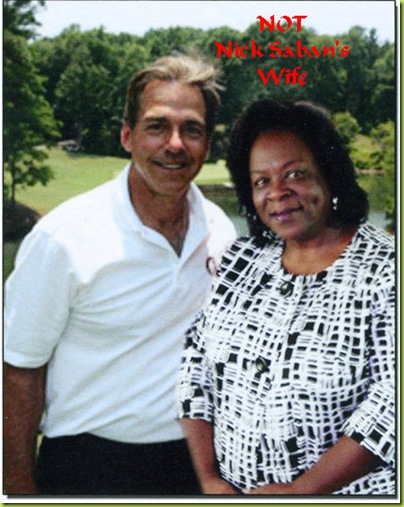 I’m SO proud of my state right now.

But, in an attempt to show that some people are channeling their football hysteria a wee bit more bizarrely intelligently than others, I would like to present to you…

This year, the football bees created an entire hive of tailgaters.

You see, we tailgate in the front yard of an on-campus Church. Although we pay by the season for our spots, they’ve never reserved specific spots.

And, apparently, tailgating just isn’t the same if you don’t have your specific spot.

So every game day, Chris’ Dad is one of several people who arrive before the sun comes up to reserve precious spots. Chris and I used to meet him there before the sun came up, but thank-the-blessed-stars, the birth of Ali precluded us from being able to keep such insane hours.

So. Because of the crazy arrival times to reserve spots, this year, the tailgating crowd decided to take matters into their own hands.

They have requested that the church reserve specific spots for years.

However, the Church wasn’t too keen on keeping everyone out of everyone else’s spots – it’d be a lot of trouble, after all.

So, the Voluntary Committee of Reservations asked the church if they would allow reserved spots if said committee could convince the entire group of football fans that park in the lot, all 112 of them, to agree to a diagrammed reservation listing of everyone’s spots.

So, Enter the Engineering Delegation.

Kristina, another lot-tailgater, good friend, and also-pregnant-tailgating-buddy, used her Engineering prowess to get the city tax maps and “planimetrics” of the lot: 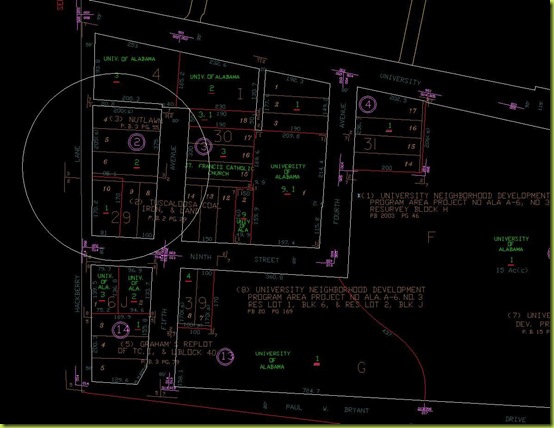 (The irony is not lost on me that we all park on “The Nutlawn”. Quite fitting, IfIMaySaySoMyself.)

Jerrod, Kristina’s husband-and-also-Engineer, along with Dax, a co-worker of Chris’, took a trip to the lot and quite professionally surveyed it – taking measurements and marking up where every single tree, statue, sign, and shrubbery was located.

Chris then took their survey information and Kristina’s Nutlawn Planimetrics and AutoCadded out the entire lot, shrubbery and all, and the exact number and location of all available parking spaces: 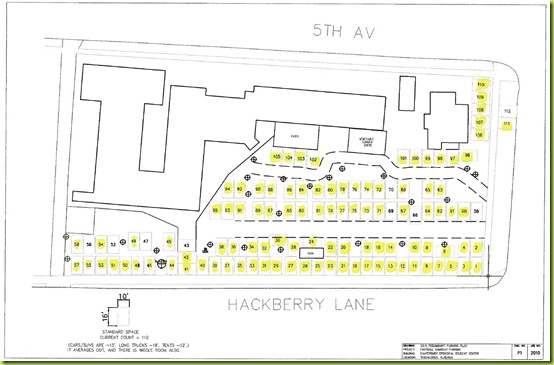 Jerrod negotiated the final arrangements with the church, updated the AutoCAD, and then the official copy was emailed out with an edict of “claim your spots or forever hold your peace”, and the mass hysteria began.

Within 3 days and batrillions of emails flying about, nearly all 112 spots were claimed, with a surprising lack of disagreement. Being #1 can bring a lot of collateral peace, love, and harmony.

If you’re wondering, 112 season tailgating passes is a grand total $31,360 of 2010 revenue for the Church that owns the lot. That’s one pricey Nutlawn.

…but something tells me that there will still be people in that lot before the sun comes up.

Football Hysteria. It affects hundreds of thousands every year. Have you been vaccinated?

21 thoughts on “The State of State Hysteria.”