My friend Christen and I were working on a project at her house the other day, so Ali and the aforementioned-post-surgery-for-the-bean-up-his-nose Luke got some time to play together. They went into the other room to color together, and I rolled my eyes as I listened to the bossiness that I heard from Ali in the other room…

“No, we’re supposed to color here.”

A panicking Ali ran into the room, followed by a sheepishly guilty Luke. Ali ran to Christen and informed her breathlessly and aghast, “Luke colored on the floors!!!”

As I said, Ali’s just not familiar with the idea of mischief.

(But poor Luke, he’d never colored on the floors before, so obviously it was Ali’s fault. Either he felt the need to impress her with his bravery in the face of danger, or he was driven to color elsewhere because of her overbearingly bossy ways.)

(So I apologized to Christen for my child’s obvious bad influence on her son.)

But Ali’s shock at his scandalous actions was nearly more than she could handle.

So you can only imagine her awe and astonishment when I told her that Friday night, we were going to paint on the walls in Noah’s future room.

“Yes! And no one even needs to get in trouble!”

Although she was quite ready to get started, we got her to help us get the drop cloths all in place, 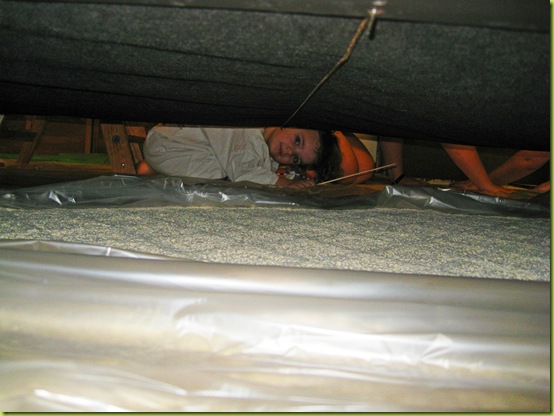 And then we handed her The Weapon of Destruction. 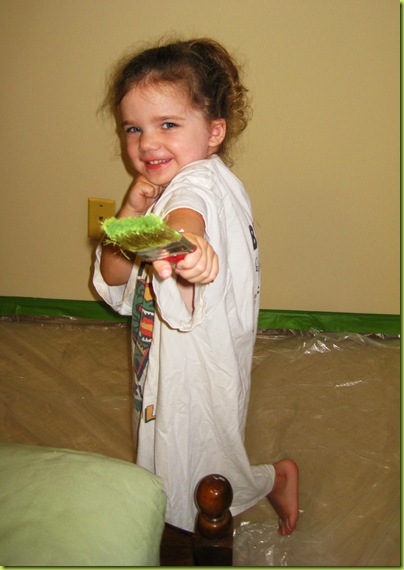 She was excited as any Trading Spaces participant has ever been when Chris did The Big Paint Color Reveal: 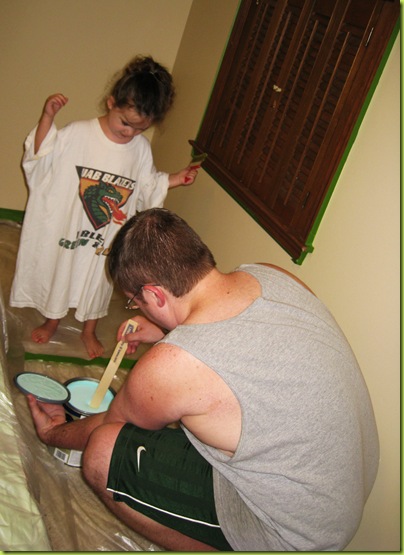 And, true to form, very serious about her responsibility of putting the first paint on the wall. 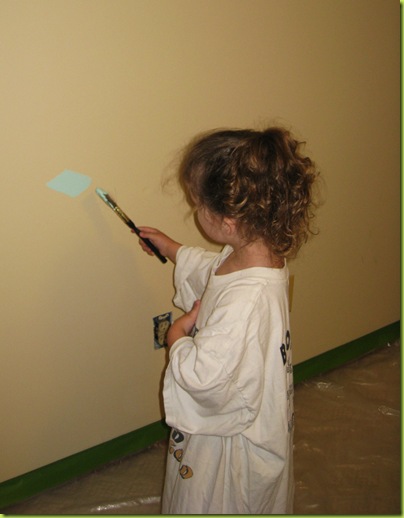 We worked as a team: Chris and our friend Amanda doing the edges, and Ali and I doing the walls. Her with the paintbrush, 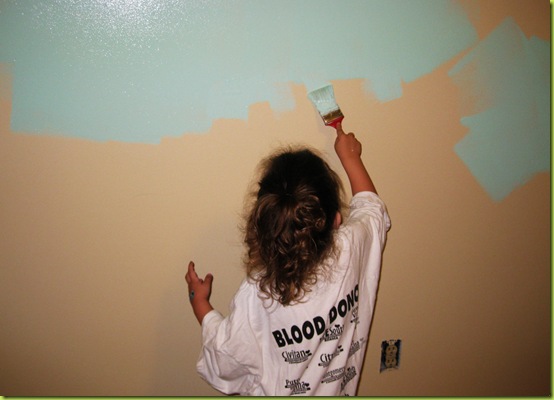 and me rolling over her paintbrush chaos. 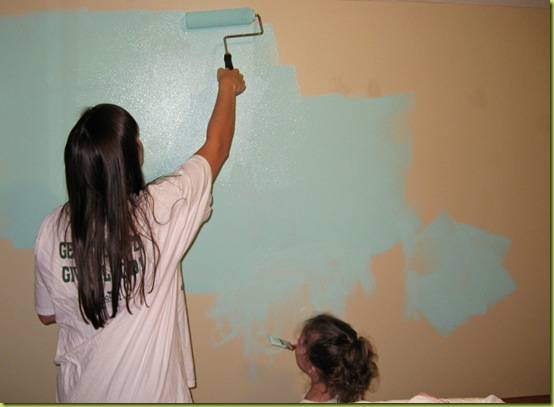 She had a moment of panic when she got the first paint on her finger – a traumatic mistake, obviously: 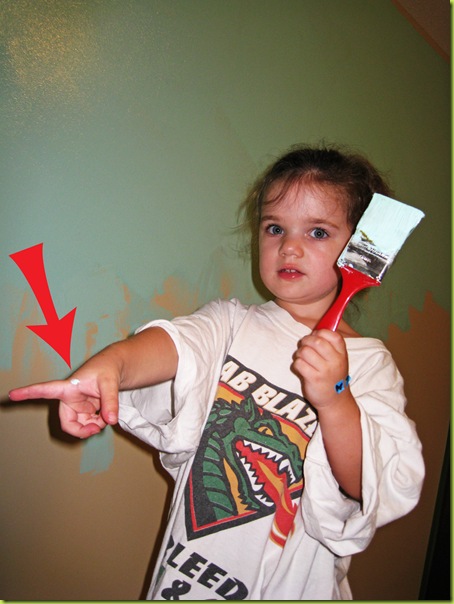 So we tried to get her to loosen up a bit by telling her she could write her name on the wall. It worked. She even ALMOST looked mischievous at her actions. 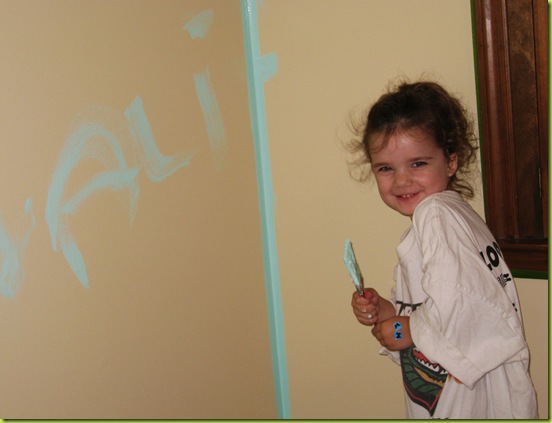 It even made her relax enough to go ahead and add Noah’s name to the wall, too: 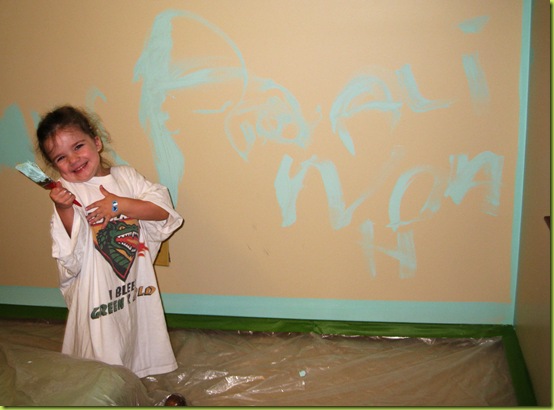 Despite her help, we managed to quite miraculously get two coats of paint on the walls, and, with quite a bit of our more-experienced-in-such-matters friend Amanda, managed to turn this Grandmotherly and crooked light fixture… 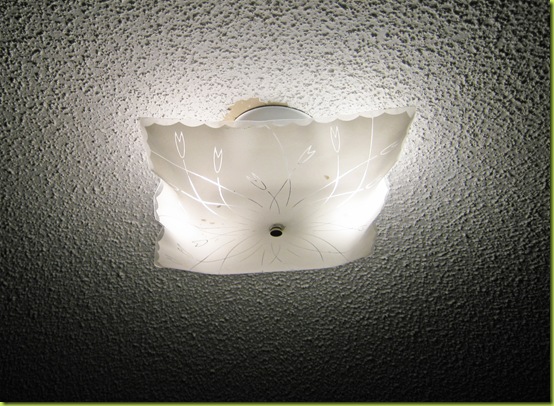 Into a very nice ceiling fan that EVEN has a fancy wall-mounted remote control: 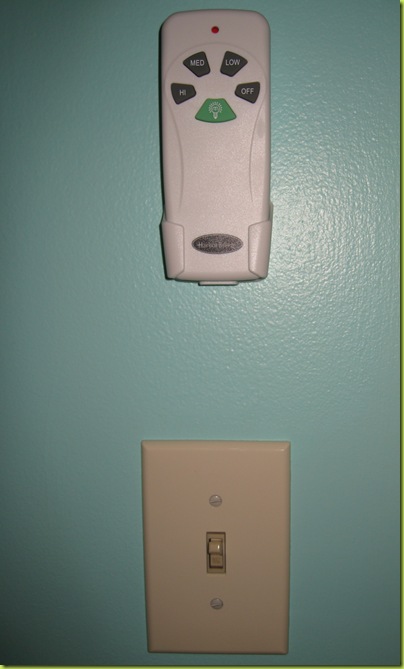 Although it did have a bit of a crazying effect on Chris. 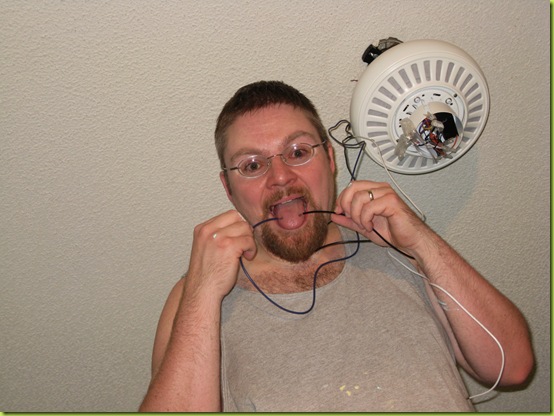 But, Ali had a delightful time getting to experience what it would be like to do a bit of naughtiness, and Chris managed to live through the ceiling fan installation AND get the thing to actually work.

So, although we don’t have the rest of the nursery set up yet, the paint is gloriously finished. 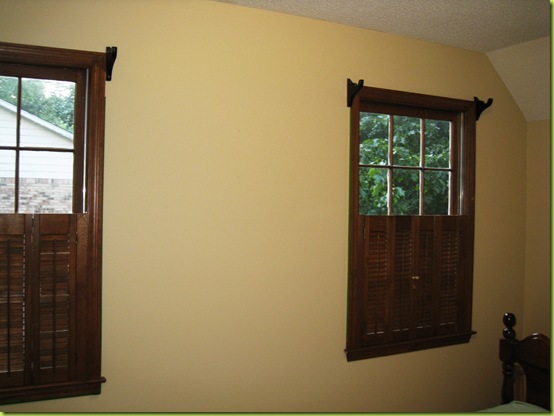 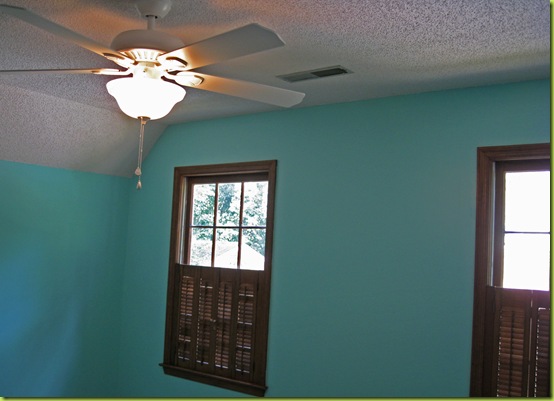 And if you have any rooms that need painting, Ali’s been begging to do it all again ever since: 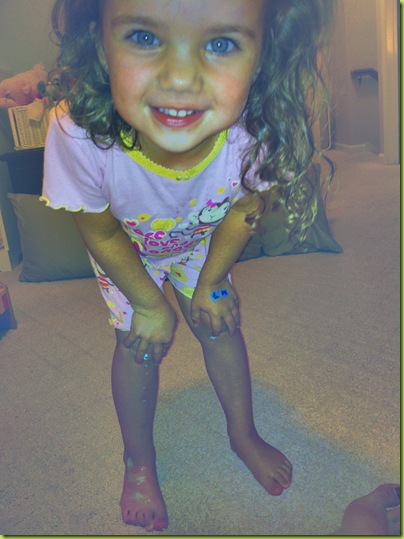 15 thoughts on “Instilling Mischief: Painting up the Walls.”