GUYS. The weekend. AmIRight? It was my birthday weekend and the world had to fall apart. HOW DARE IT.

Anyway. Y’all don’t come to me to hear my political views (I do have them, believe it or not) – y’all come to me for escapism.

I was saddened last night, on my birthday, that I had nary an entertaining thought to offer myself or anyone else about anything because all of the UGH that is blanketing our country. But then I remembered a post I did a while back on Presidential Christmas Gifts, and decided I’d see what Amazon had to offer on our current presidential candidates.

Now. There were plenty of disrespectful gifts available, such as toilet paper, dog poop bags, and nutcrackers. But I tried to keep my picks to only the strange – not the hateful. Hateful is easy – bizarre is harder.

Some of these gifts are lovingly available for both candidates, so we shall pit them against each other in a gifting debate and determine the winner, category by category. I am the perfect impartial judge, because I have the exact same feelings for both of them – and will be voting for someone else (who doesn’t have any weird gift items in his likeness – so maybe he wins.)

But feel free to weigh in with your own vote – ON THE GIFTS, not the candidates. (We’ve all had enough of that now, haven’t we?)

1 Trump and Hillary Guitar Picks. Did you know that you can strum a little ditty with Don and the Hill? Of course you can. It’s 2016. 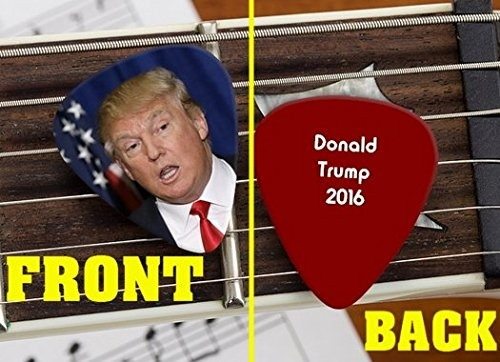 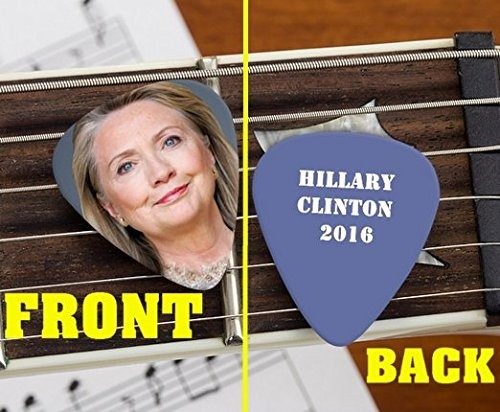 On Debate Guitar Pick, I’m going with Trump. At least his mouth is open (but then again isn’t it always) and he looks like he’s singing along. Hillary looks condescendingly bored with your tune.

2. Trump and Hillary Socks. Because your feet are feeling the chill of this election. 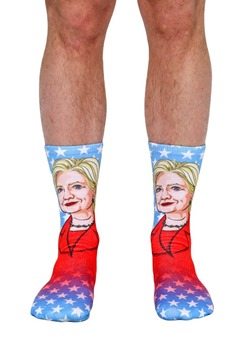 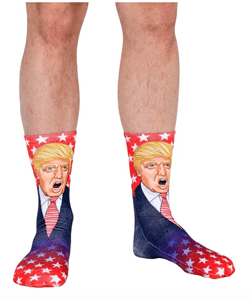 In Debate Sock, Hillary wins. Trump’s socks do not feel cozy at all – they’re stressing my feet out. However, Trump does have an alternate option, some fabulously Hairy Socks – so he earns an honorable mention. 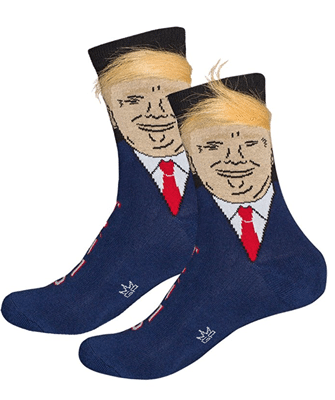 (I mean, whose cat wouldn’t have an absolute FIELD DAY chasing around those Deplorables?!)

Hillary gently saves the day as a Fair Maiden on a Unicorn, 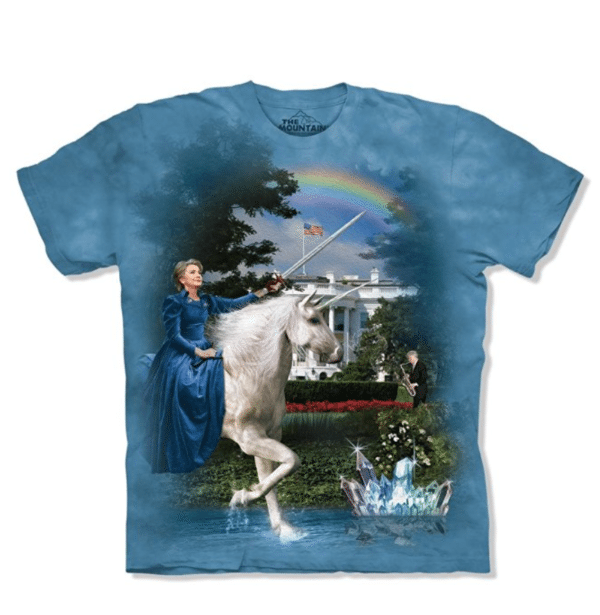 And Trump rides in as a crazed lunatic on a tank. 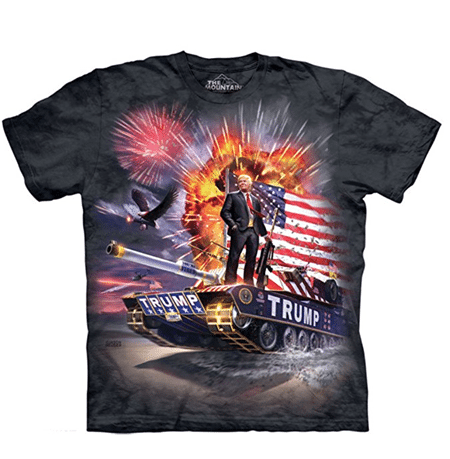 In Debate Hero Shirt, Clinton wins for the dreamlike vision. Although Trump’s is severely more realistic.

4. Trump and Hillary “Herb” Grinders – I guess in case you need a little chill from this election. 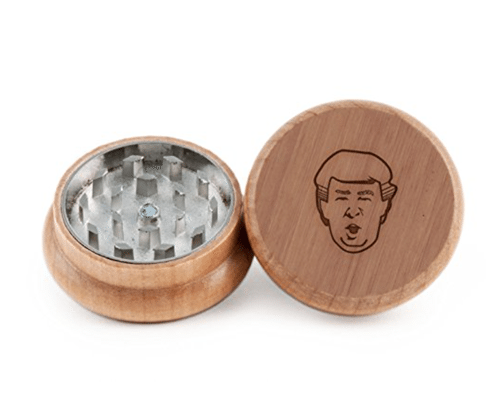 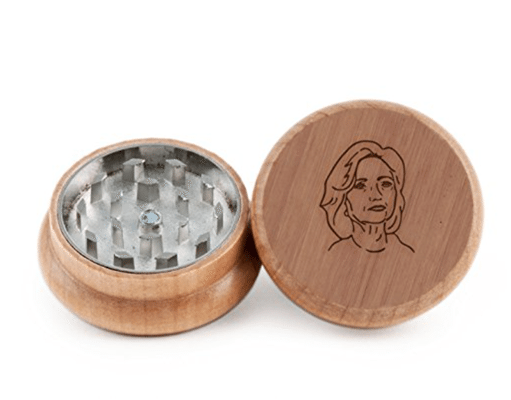 In Debate “Herb” Grinders, Trump wins – because those wrinkles on Hillary’s neck are anything but high. 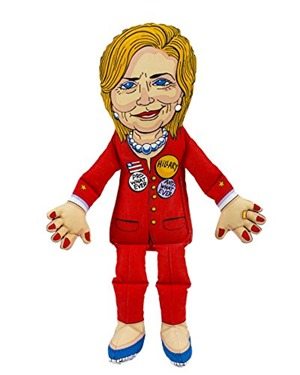 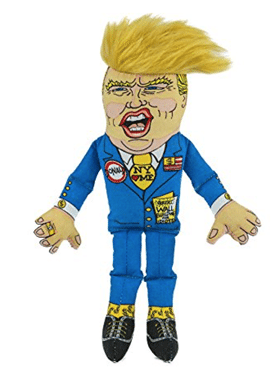 In Debate Chew Toy, the reward goes to Hillary. Those cheeks are positively irresistible – and Trump’s look more like his buttcheeks moved upward. Also – that hair would be a petri dish for bacteria. 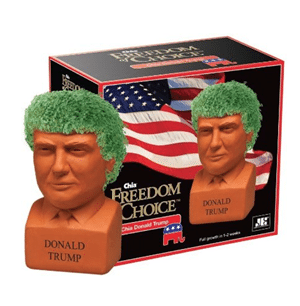 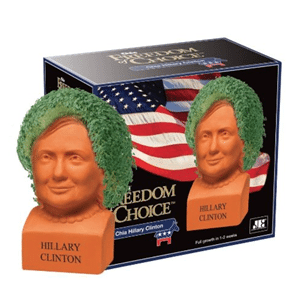 In Debate Chia, Trump wins – the face and hair look significantly more realistic, not to mention the perfect skin tone.

Now let’s move on to the Lightning Round – gifts only available for one candidate or the other.

The Rainbow Pantsuit T-Shirt – for when you’re feeling like a pantsuit but the occasion calls for something a bit more laidback. 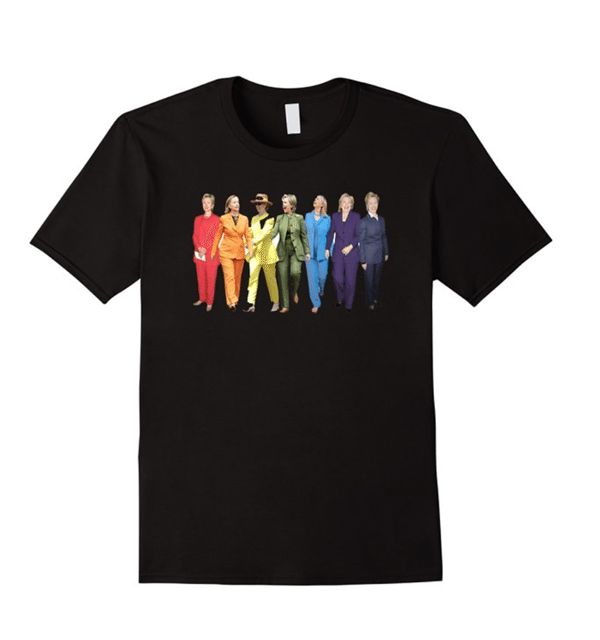 The Trumputin shirt – because all true saviors ride in pairs, shirtless, on a pig. 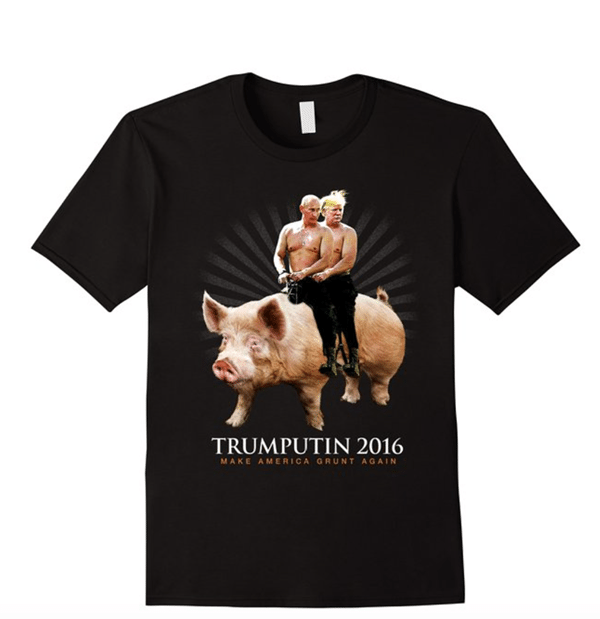 The Pantsuit Action Figure – in case your daughter’s Barbies and son’s army men are With Her. 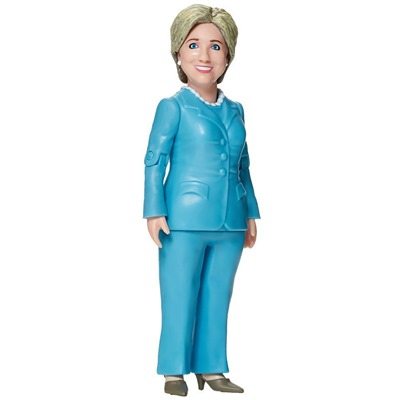 The Trump Piñata – rumor has it Melania had a party with one of these Friday night. 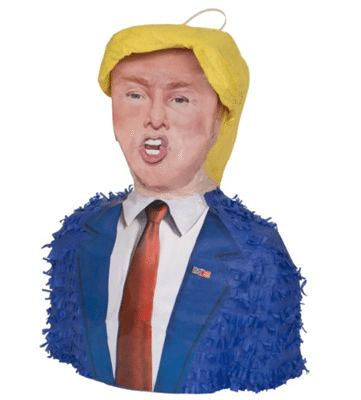 The “Make America Great Again” Bucket Hat – because nothing – nothing I say – says greatness like a bucket hat. 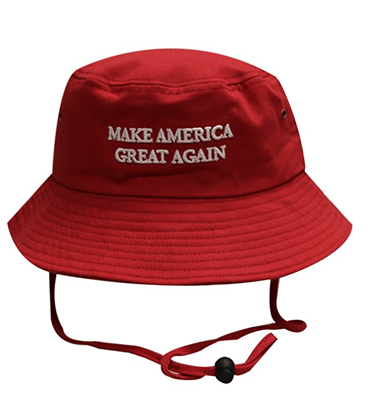 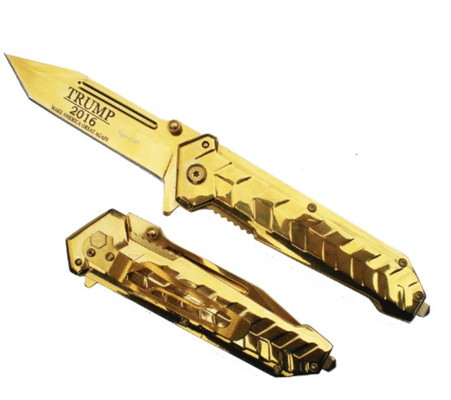 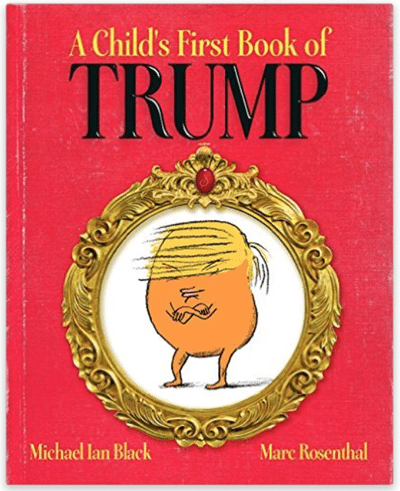 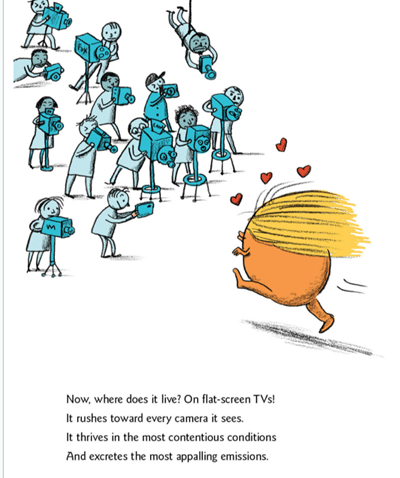 So who wins this debate of gifting?

6 thoughts on “Because We Need an Unexpected Presidential Gift.”