Ali drew a picture of an alien.

It was a quite nice alien – friendly, geometric, and with wildly fascinating fingers. 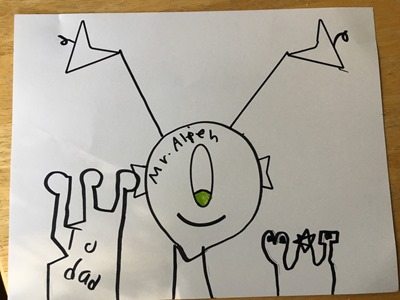 She showed it to me that morning. I praised her delightful drawing and we moved on.

It became a long day, much in thanks to her little brother. Whining, arguing – the works. Thankfully, Ali was quite agreeable and obedient, as is her usual state, but Noah more than made up for that. By that afternoon, I needed a moment.

With no little people anywhere nearby.

So I purposefully marched out to the front porch swing – my favorite place these days.

Two seconds later, two little people followed me out. I quickly shut that mess down.

“I need a 15 minute break. I need to be alone, I need it to be quiet, and I need you guys to go inside and let me have my break. I’ll be back inside in 15 minutes.”

They both turned and went inside.

I breathed a long sigh and leaned my head back, enjoying the first calm moment of the day. Which lasted exactly five seconds. Until I heard the screaming from inside. And then crying. And then a lovely duet of crying.

My Mommy Justice Meter bubbled over.

Fifteen minutes! That’s all I asked for – FIFTEEN MINUTES. How hard is this?!

I stomped inside, where they were both standing, crying, barely in the door because that’s as far as they’d made it before everything went to handbasket.

“WHAT happened? WHY are you crying? WHY couldn’t you give me my fifteen minutes?!”

Noah: “She punched me right in the chest!!!”

Well THIS is a turn of events.

Immediately I knew that something had precluded this rare mauling of her little brother, so my first response, biased though it may seem, was to ask Noah,

Noah: “I told her that her alien picture was dumb.”

Me, still in the selfish state of mind: “So now I have to think of consequences for two kids instead of my fifteen minute break. Go to your rooms.”

Ali, ever the people pleaser, felt terrible. “I’m so sorry for ruining your Mommy break!”

It’s really one of those moments where you feel like the justified thing to do would be to praise her for all the times she actually didn’t punch her brother in the chest when he very much deserved it. I mean, if you don’t lose your cool and punch your little brother until the 4,001st time that you could have lost your cool and punched your little brother, shouldn’t you get a prize rather than a punishment?

So her consequences had to do with not getting to play with a friend later that evening, and she readily accepted it, her guilty conscience starved for something to assuage her self-loathing. We had our usual talk about forgiving yourself, and moved on.

The next day, I had a lunch date with a friend. Since the day before had been fairly rough, I extended my lunch date into a run by myself afterward. I needed quite a few moments of silence, after all – my 15 minutes of porch time had accrued interest. On my run, I spotted the most peaceful looking lizard, lying on his back as if she were sunning herself. Were it not for the puncture on the left side of her abdomen, I might’ve thought she really was just taking a beautiful day’s nap. 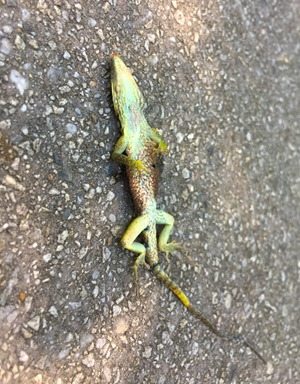 I knew she deserved some major props for her pose. I kept running, but began thinking about what would fit her situation. I decided on one of those 1950’s sun-reflector things. 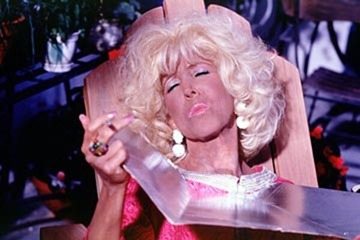 So I re-routed, ran to Rite Aid, bought a pack of Juicy Fruit, and began my run back.

Except that when I got back to her location and opened my pack of gum, I discovered something horrendous: gum manufacturers have quit making silver wrappers! I hate gum so I had no idea they’d gone all paper – and this deception did not make me hate gum any less.

This ruined my entire plan. What could I do with paper wrappers?? Nothing!

I confessed my sad, sad failure via text to my roadkill friend, Tanya. I had failed. I had lost a point in our game. I was the worst.

But she wasn’t going to let me give up that easily. No, she exhorted me to use my brain. Take a minute and figure out what I could do with what I had, even though I’d been thwarted.

Her pushing me to strive forward kicked my brain into motion and I came up with a plan. I ran back to my car and grabbed a pen, then made a book out of the actual gum. Because why not.

I got her all set up just so, then took her picture. 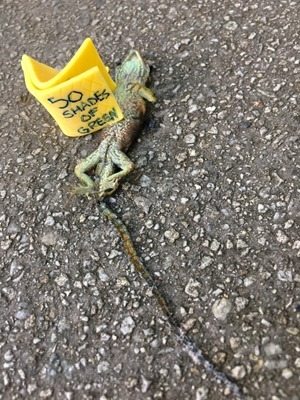 This work of art was titled “When the Reading gets Too Steamy.”

I ran off and left her, as an art installation, where I’d found her – in the entrance of the Birmingham Botanical Gardens. We don’t know how many patrons got to appreciate her beauty before she was scraped up and disposed of – or better yet until a predator enjoyed eating her and then having a refreshing Juicy Fruit chew afterward – but I do hope she was appreciated for the beauty that she was.

Of course, Tanya appreciated the work of art very much. But I also sent her to Chris, 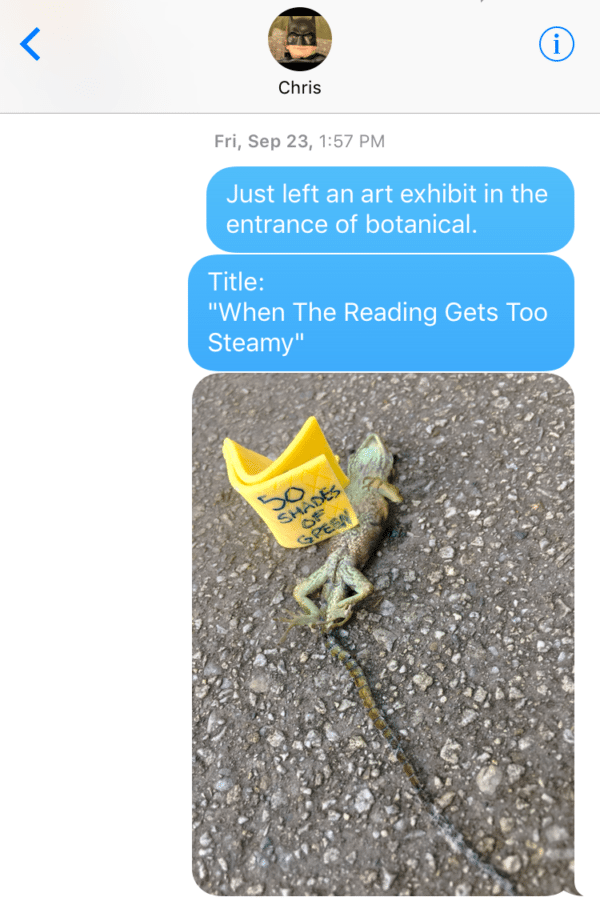 Who, in a rare out-of-character move, criticized my art. 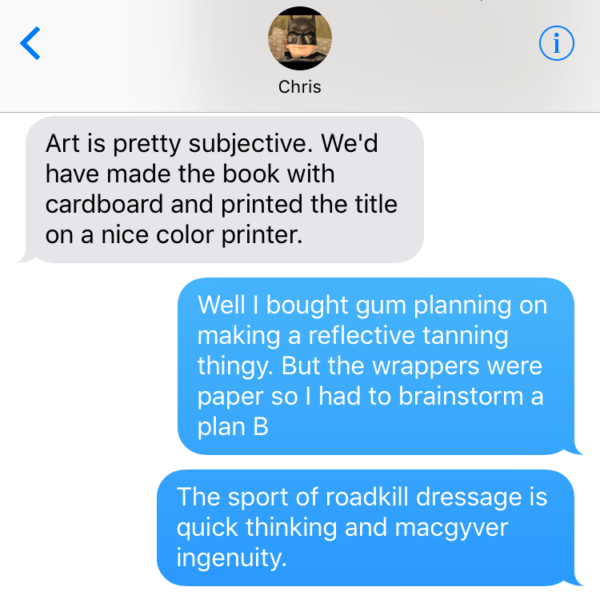 But we quickly got things worked out between us and found out it was a text misunderstanding. 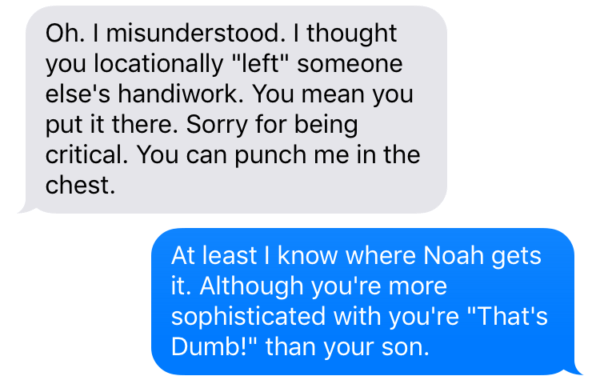 But at least he acknowledged that he was no better than his son, and totally deserved a hard punch in the chest.

3 thoughts on “A Meandering Tale of Aliens, Lizards, and Art Appreciation.”