I saw this car at the playground the other day and couldn’t help reading it as one long sentence. AS IT WAS MEANT TO BE READ.

I love Zombies. Save the tiny red dog ta-tas, Mom.

I get weird trends. I used to be a teen, a youngster, hip and all that. You do weird things to be different, to show your independence as a generation.

I do not, however, get the trend of armpit hair. Especially the dyed variety. And the fact that it’s something someone might pin on a Pinterest board? Yeah. I’ll turn in my youth card over that one.

It’s like candy corn made out of hairy body odor!

But the other day, I was enjoying Spotify as it was playing random songs, and one struck me that I really liked. I turned on my iPhone screen to get more info only to see… 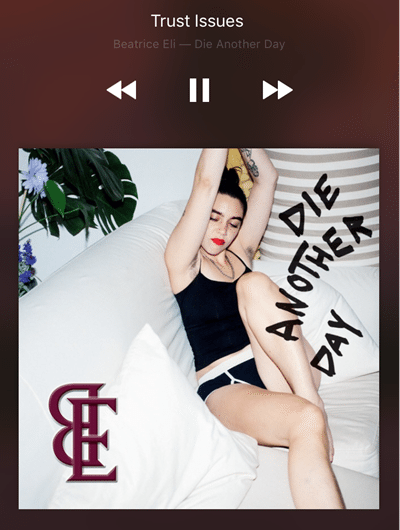 There have been some awkwardly trendy album covers…especially in the musically ick decade of the 80s…and I’m sure that many singers regret their album art choices…but there’s no way that Ms. Eli isn’t horrified by her nasty pits already.

Ali has a recurring issue of Raw Toe from dancing around the pool. In an attempt to try and help her protect her toes for the summer, I made this rather embarrassing purchase. 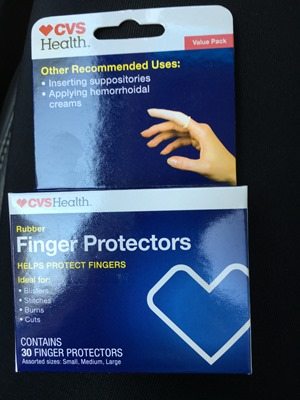 WHY couldn’t “place on child’s big toe for pool play” be an other recommended use?!

Of course Ali has refused to try my brilliant solution, so they’re just hanging out in my pool bag, waiting for the perfect moment, when I’m talking to someone I haven’t seen in a few years, to fall out and force me to cancel our pool membership and move to Vanuatu immediately.

While Ali had horseback riding camp a couple of weeks ago, Noah and I explored the vast rural outskirts of our state. While doing so, we made a couple of gas station stops for Starburst and Powerade, as one does. We discovered that rural Alabama casual Fridays are a special day indeed, as modeled by this convenience store clerk: 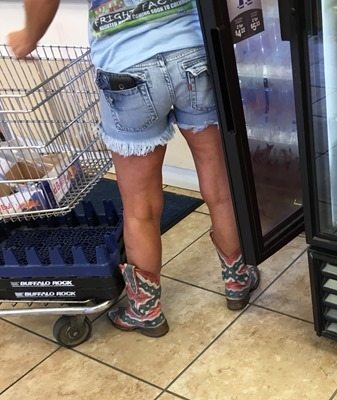 I pulled up behind this guy the other day and was immediately frightened. As assumed he dated the lady above. 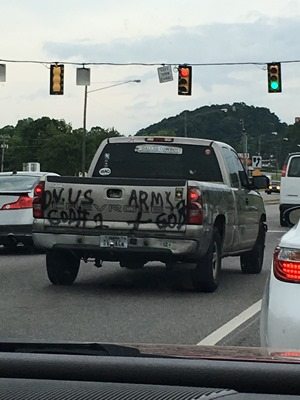 And then there’s this guy, who spent a whole lot of words and stickers making me play “what doesn’t fit?” 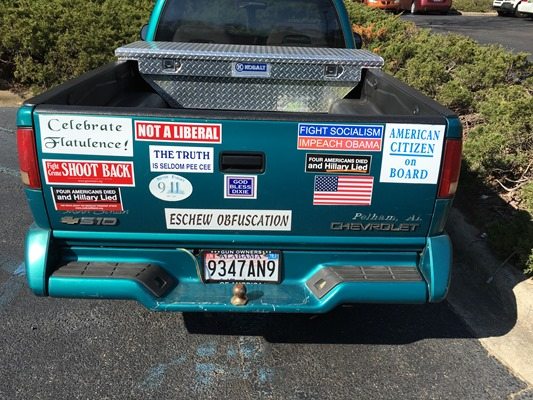 Nevermind. It all fits. 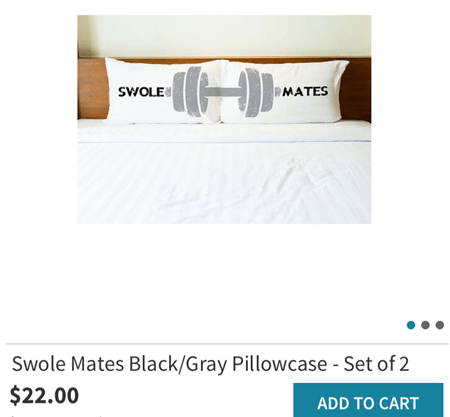 I bought these pens for their features. Any pen that can protect me from the dangers of water fading fraud is the pen for me. 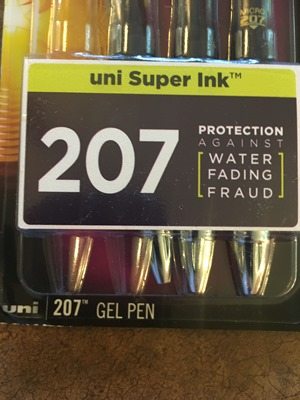 I grabbed a couple new cookbooks the other day in hopes of being inspired to reign in one of the many out-of-control areas of my life. That area being that we eat out way too much and I cook way too sparsely, even though I enjoy it. But alas. Recipes just make me bang my head against their spine. 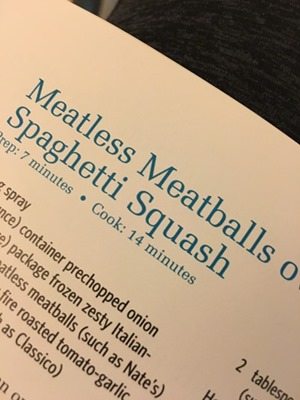 THERE IS NO SUCH THING AS MEATLESS MEATBALLS. Just call them stuff balls. Or balls. I don’t care. But don’t say meatless meatballs!!! 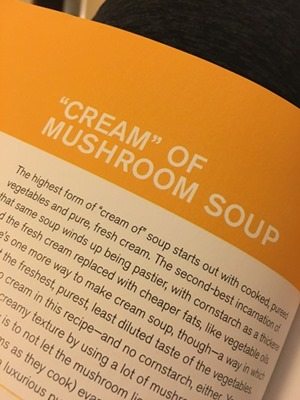 Nobody wants to eat anything that has to be put in parentheses. Especially “cream.” Why not go ahead and call it moist “cream” and really do us all in. If it’s mushed vegetables instead of a cream sauce then please just call it Vegetable of Mushroom Soup.

(In case you didn’t figure it out yet, I haven’t made any progress in my lack of cooking.)

But I do know one thing: some things should never be attempted at home. I mean. Why? Why?? WHYYYYY. 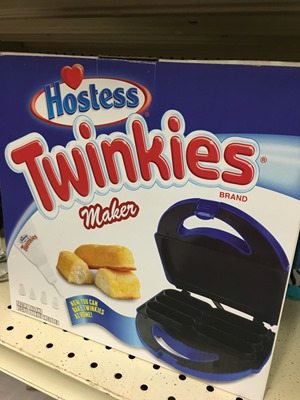 It’s bad enough to get the “enjoy every minute – they grow up so fast!” pile of feces from a real person. But the other day, I got it from a Facebook ad. 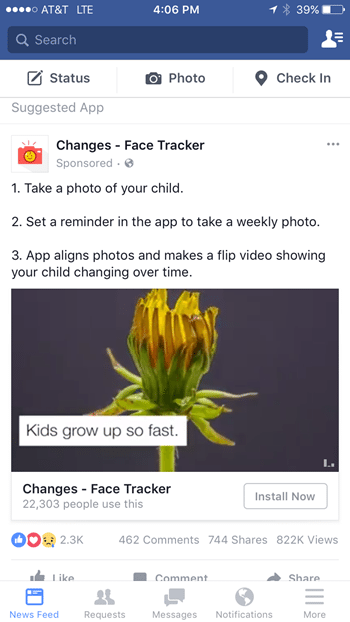 Yeah. They do. And you know what that means? Less diapers. More fun stuff.

And then it went here. 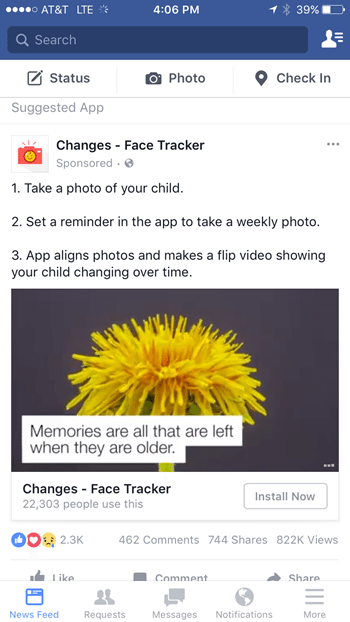 Umm really because I hope that my kids are still left when they’re older. And when they get a lot older, maybe even there’ll be grandkids left. Pretty sure I’m expecting more than memories to hang around. But thanks.

Speaking of marketing, who decided women are just dying to put this on their face?? 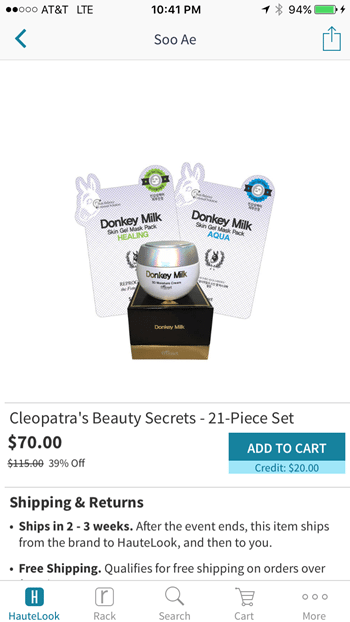 My dad and I have the same sick sense of humor, so I sent him this questionable Bar-B-Que restaurant location that I found the other day. 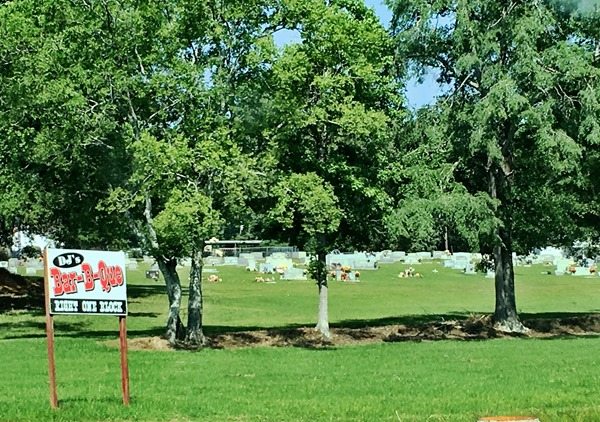 After commenting that he assumed they served some fantastic ribs, he sent me this back – because you need an extravaganza to put the fun in funeral. 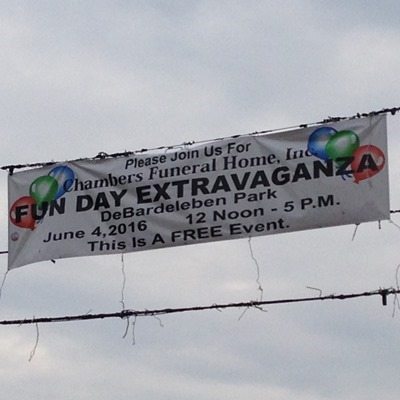 A couple of days later when I was at the Hot Air Balloon festival, I spotted this for him – and quickly decided I wouldn’t ride in that basket. I didn’t want to find out how desperate they were to secure me as a potential client. 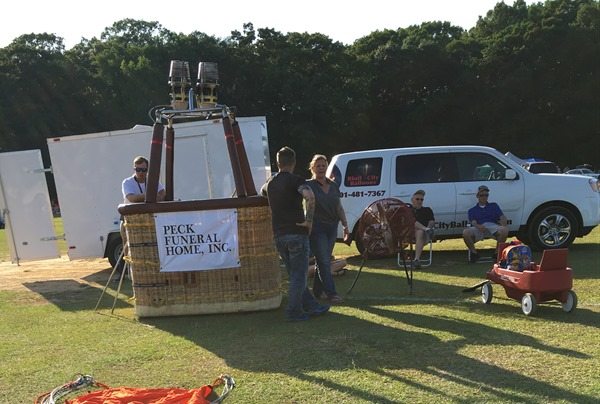 ….But what if I agree to dispose of them there, but in an inappropriate manner? WHO WILL KNOW? 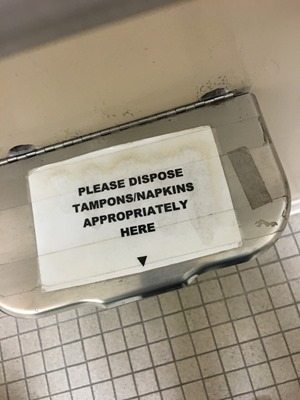 Free the laying monks!! And also who knew monks laid eggs? Not me. 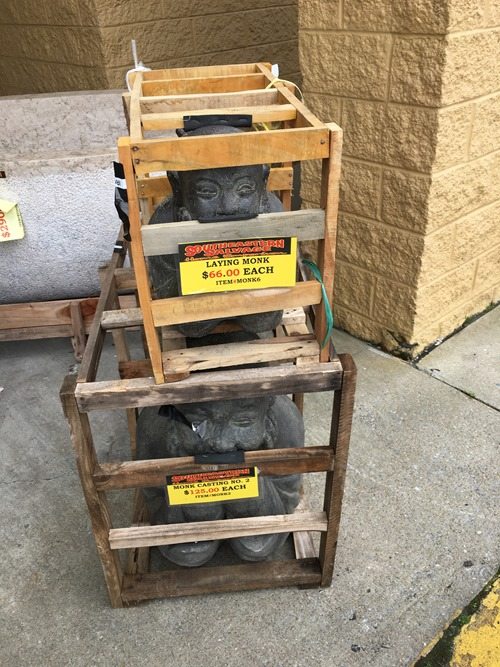 Because I’m me, my first thoughts were “Who puts Bernie on a cracker? And isn’t that name racist?” 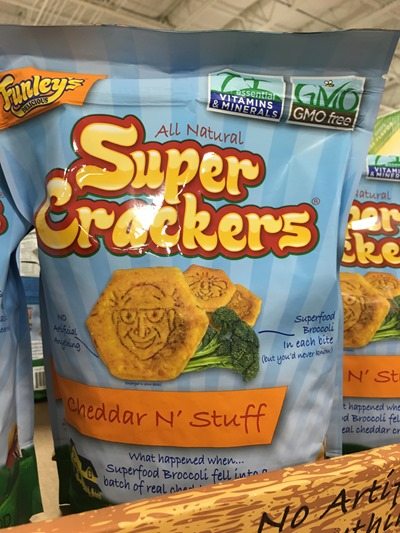 Speaking of Bernie, he has a fan in the Target Merch Placement department… 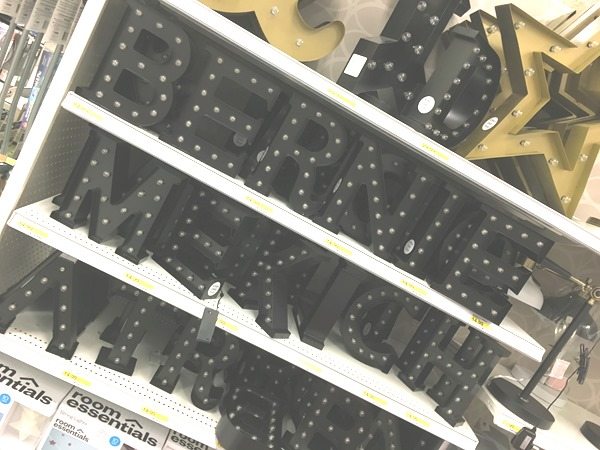 I, for one, definitely did not ask. 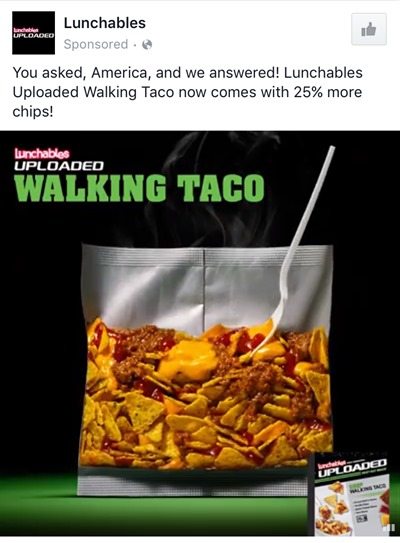 This was at the bottom of an article on our local news site. May I suggest a laxative. Or perhaps the Lunchables Walking Taco. 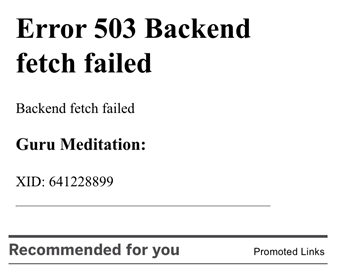 Nature’s blend of … salted caramel liquid? That seems like it might help a failed backend fetch, too. 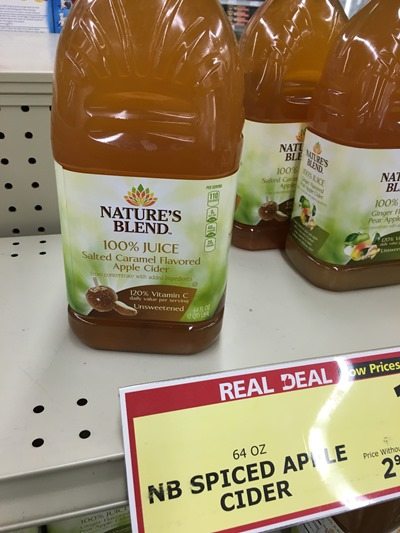 Speaking of people who have failed backends, Thank you, Mental Floss, for this lovely piece of trivia. I know some people who might convert to Catholicism just to have Fiacre on their team. 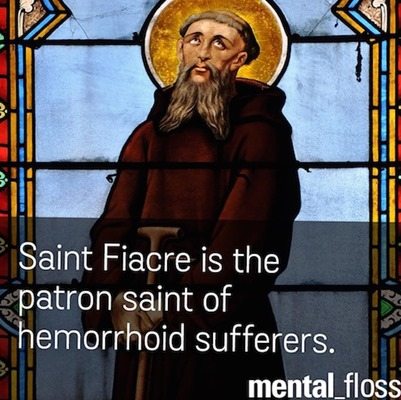 WHO is this hard core fan of tampons??? Because when I find myself sitting around doodling, it has less than nothing to do with tampons. Am I missing out?? 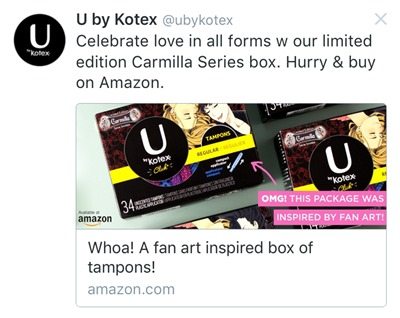 Is your ex seeming a little too happy on Facebook?? Well. We have the product for you. 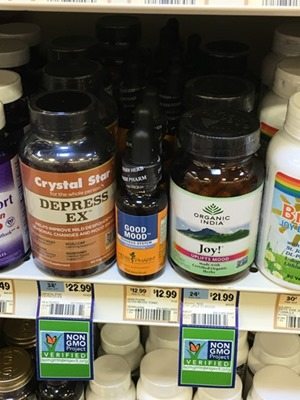 For those of you who were looking for the perfect conversation starting swimsuit for your kids this summer,

I am here to help.

Both for your daughter, 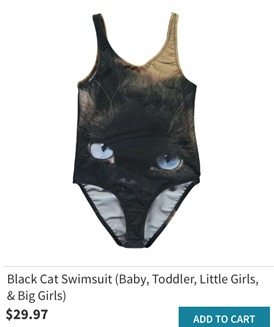 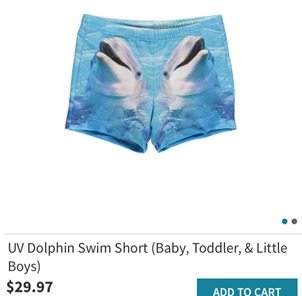 Because nothing says happy summer like a bad case of Tiger Crotch. 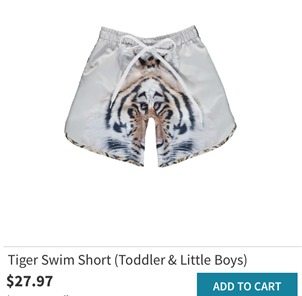 5 thoughts on “The Awesomenesses of Life.”