(I actually don’t think I opened my computer from Friday through Sunday. It’s probably going through withdrawals. It appreciates your thoughts and prayers.)

But thankfully, I don’t have to think to be able to write. iPhones are so smart they will make up entire run-on sentences eternally. Just push those gray word buttons and voila! What Siri thinks I want to say: 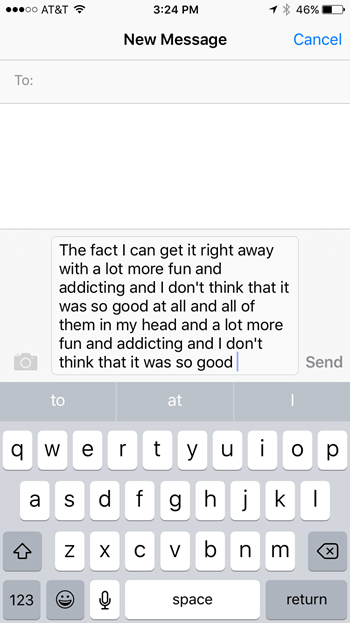 Apparently I have a problem with addictions and fun. Or addiction to fun.

I discovered this fun game that I named “Drunk Siri” a while back. Every now and then, I’ll go on a spree and send a Drunk Siri text to Chris. 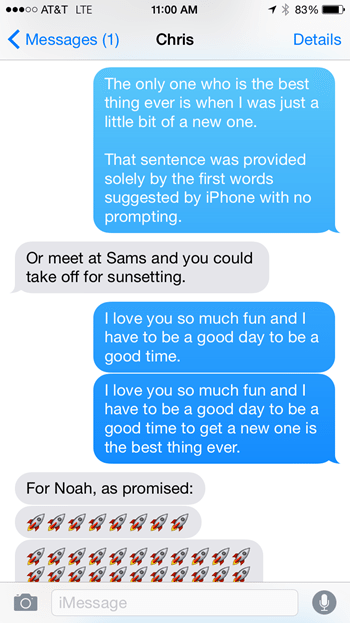 Drunk Siri was my own little game – my personal inside joke, if you will – until I set Noah up to text on an old iPad that he was fortunate enough to inherit.

But, amidst garbled letters and the overuse of emoji, Noah can say creepy things with the help of Drunk Siri. 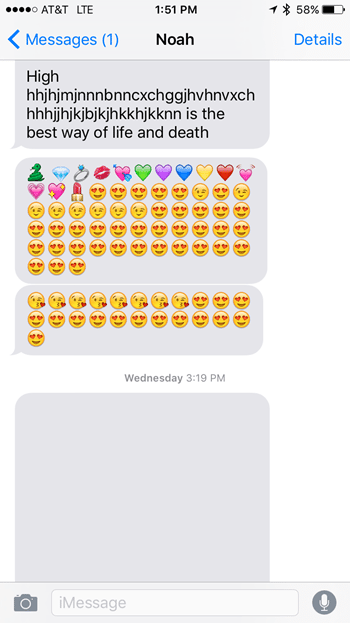 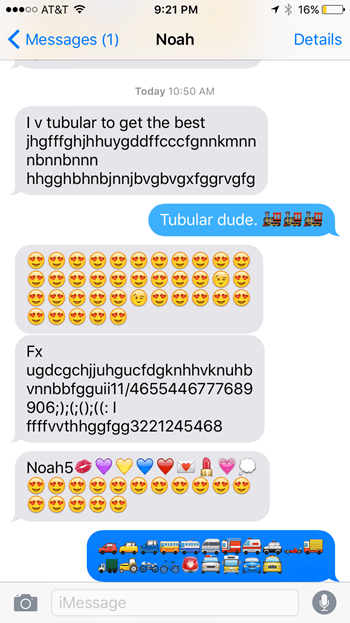 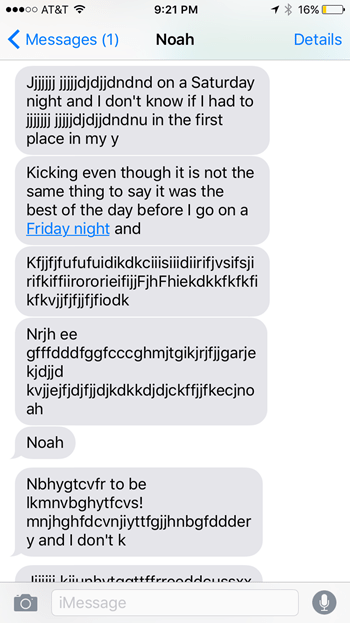 At least College Stoner Surfing Siri has enough foresight to make plans for the weekend.

So. Entertain me until I emerge from my ailments with enough brainpower to write again. If you have an iPhone or iPad, use that little gray word prompt to see what Drunk Siri says for you. Then copy and paste and comment it, and we’ll see if it provides great insight into all of your problems.

Tip: If the gray line of words isn’t showing up for you, drag it back down by pulling on the gray bar between the text screen and the keyboard.

24 thoughts on “Let Siri Do The Talking”