A few months ago, I shared with you the inner thoughts of indignant models. Their expressions said it all – we felt their sadness, their resentment, and their rage over what they’d been forced to wear.

Two days after publishing that post, all of the model’s heads were mysteriously cropped out of the new batch of HauteLook photos. Do I think HauteLook read my blog and made a procedural change to rid themselves of the negativity emanating from their models? Probably not. Is it a very strange coincidence? Most definitely.

However, they do occasionally still let the faces of their models be experienced.

And last week, I met a brand new set of models. Models that seemed no happier at where their career had led them than the first batch.

Yet these models were dogs. The happiest creatures on earth. Supposedly. 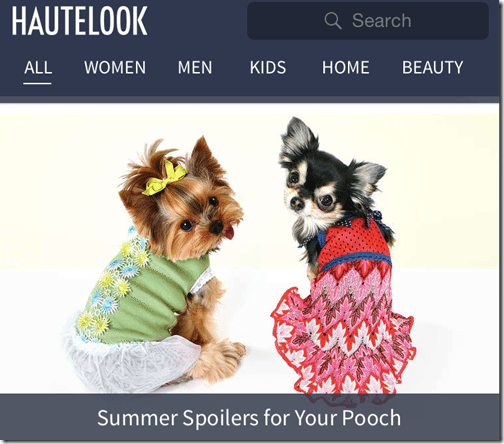 Strip them of their canine pride and castrate them into short and overly hairy humans and watch their effervescent joy vanish instantaneously. 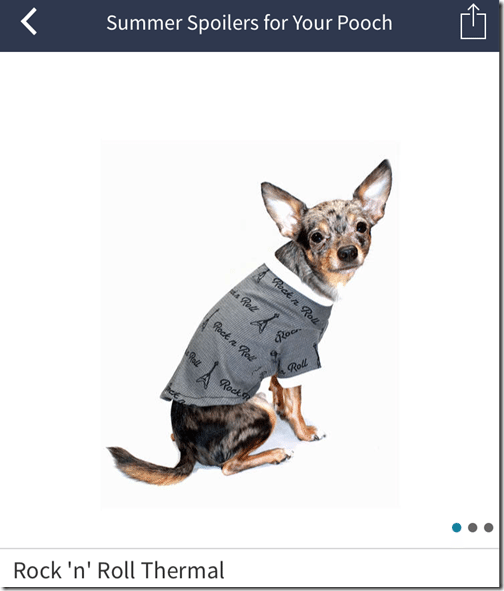 To further add to the humiliation, dress the dogs in the least flattering categories of human garments in existence today – Bridesmaid Dresses, 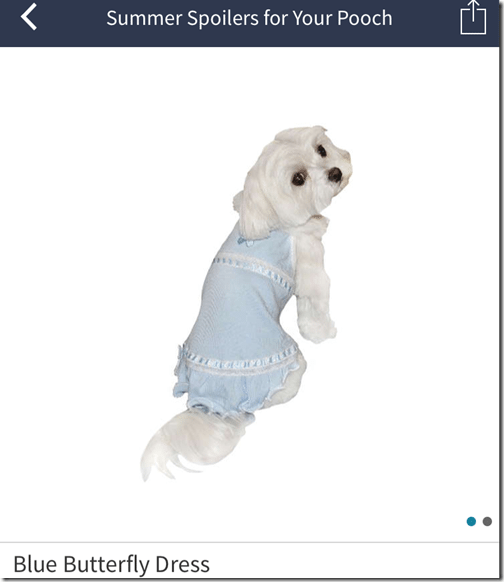 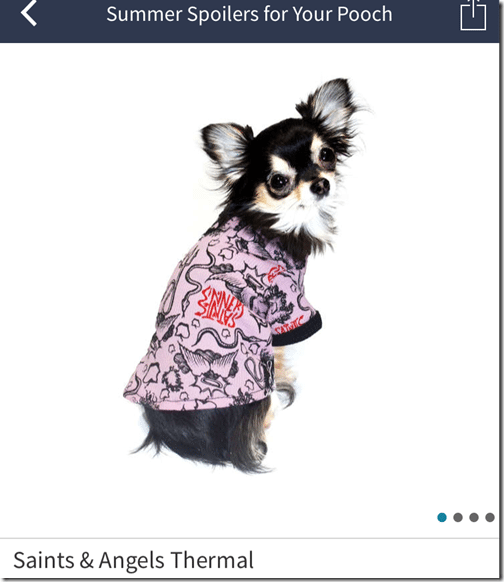 Even the dogs that were “blessed” with the Hot Topic options looked ashamed of their forced trans-species status. 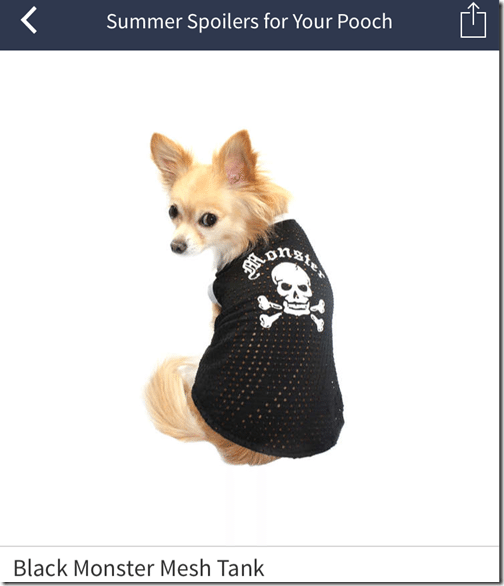 All of the poor souls looked much more like they were auditioning for an ASPCA commercial than trying to sell us these adorable outfits. 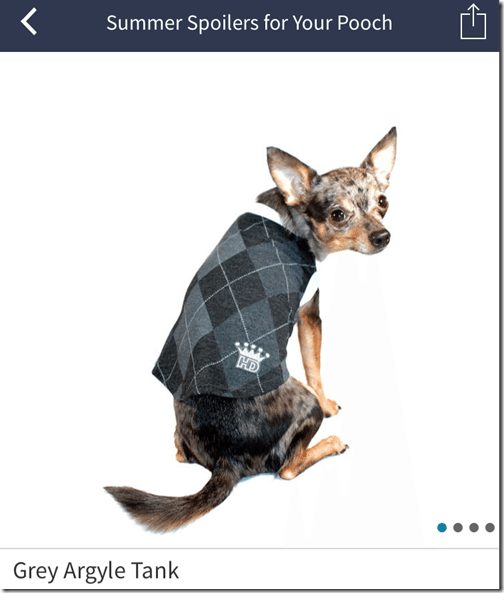 In the arms of an angel… (Or a Bedazzled Monster Shirt) 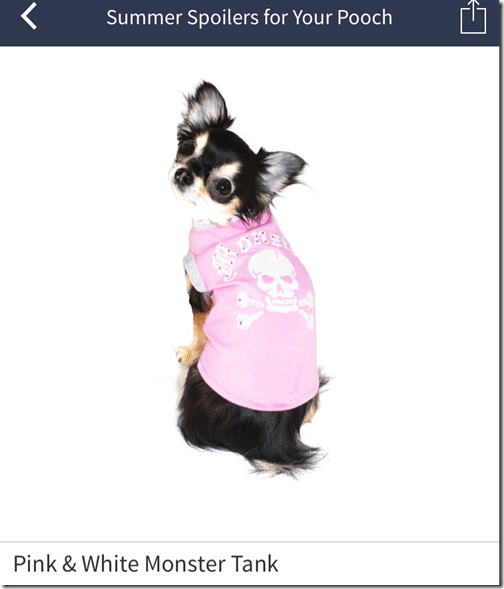 Fly away from here… (And from this potholder called a “tank”) 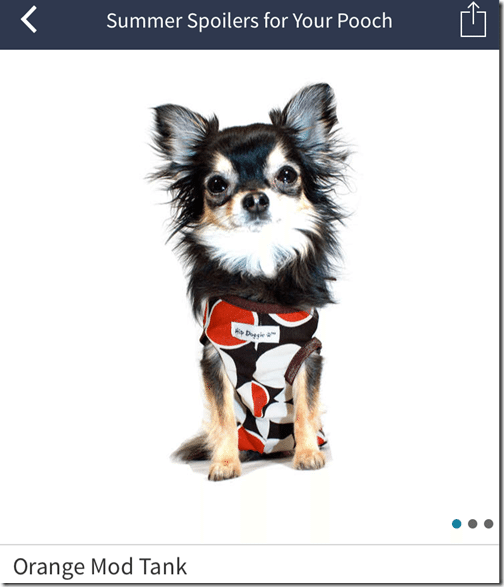 From this dark, cold hotel room…. (And this studio where they shove shirt after shirt over your oversized and most likely quite sensitive ears) 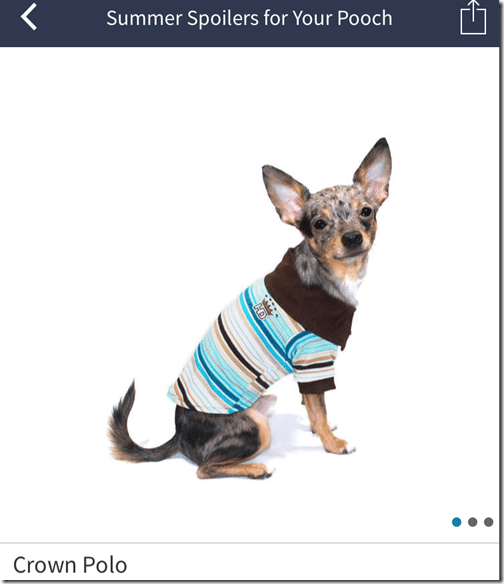 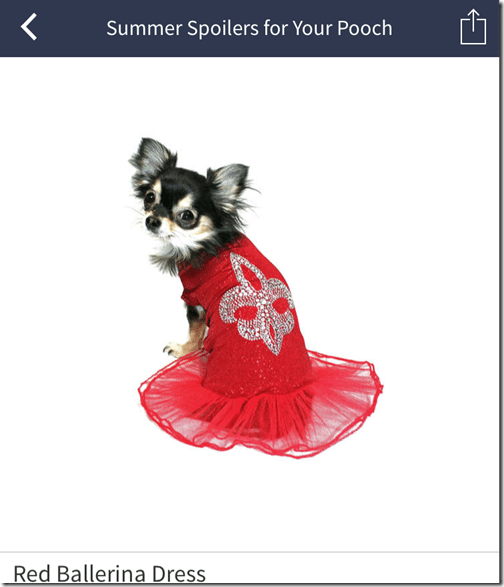 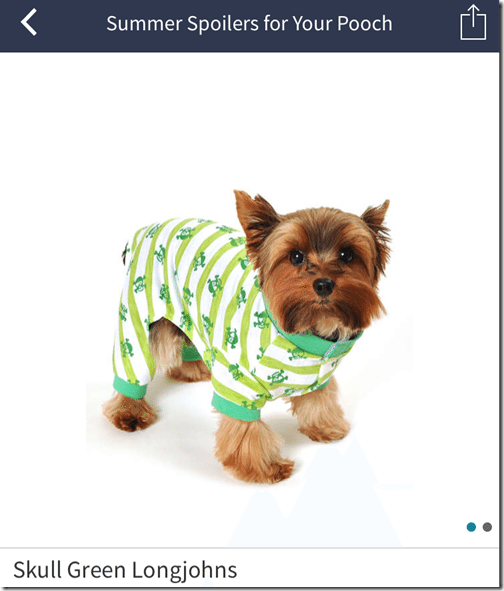 Of your silent reverie…. (We all know “misery” would have been a better word than “reverie” right there but Sarah had to be all artsy and stuff – just like this clever Hawaiian-themed tank is all artsy…and stuff) 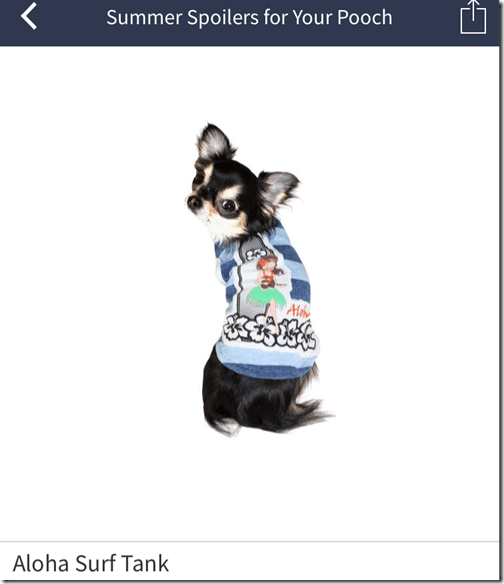 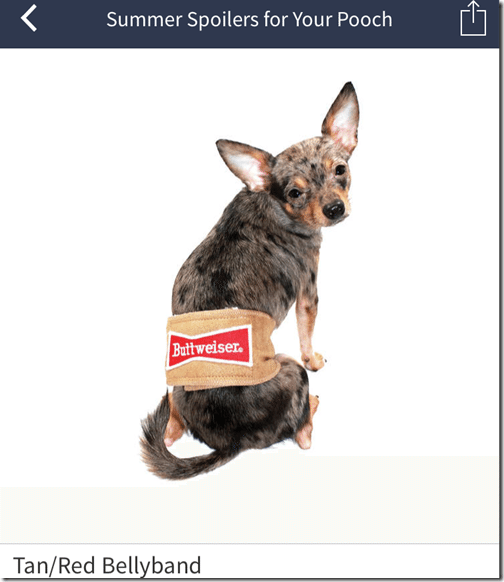 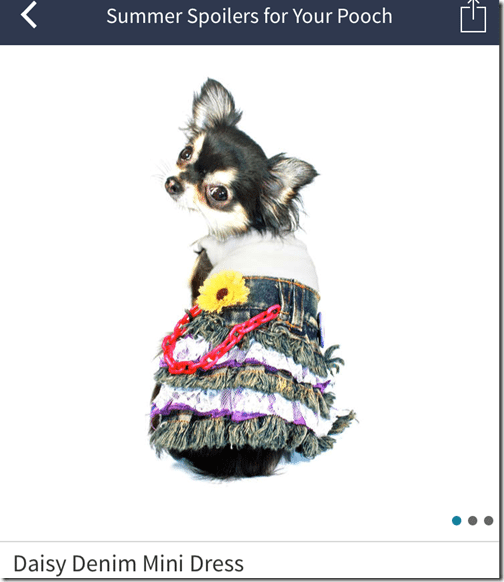 Some comfort here. (Unless you try to pee into your dress and then everything is going to get all moist and uncomfortable really quickly.) 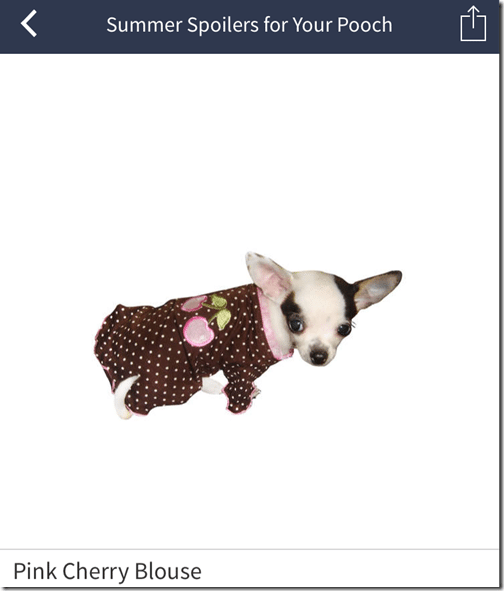 After the clothing shoot, they attempted to give the dogs back their dignity in a collar photo shoot.

But it was too late. The damage was too deep, too cutting to the core of who they were. 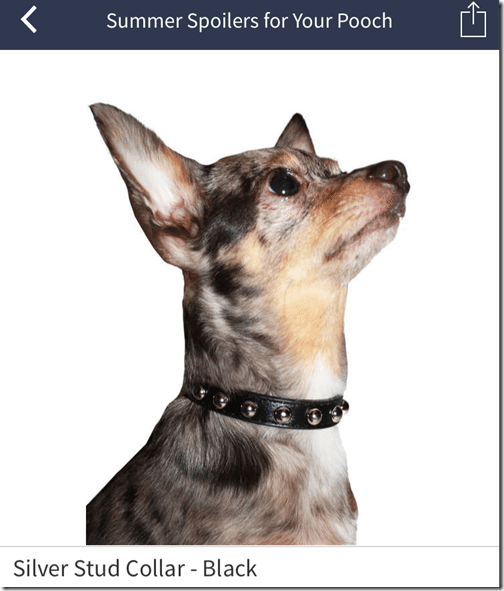 For a break that would make it okay… (Does she look like this makes it okay? She does not.) 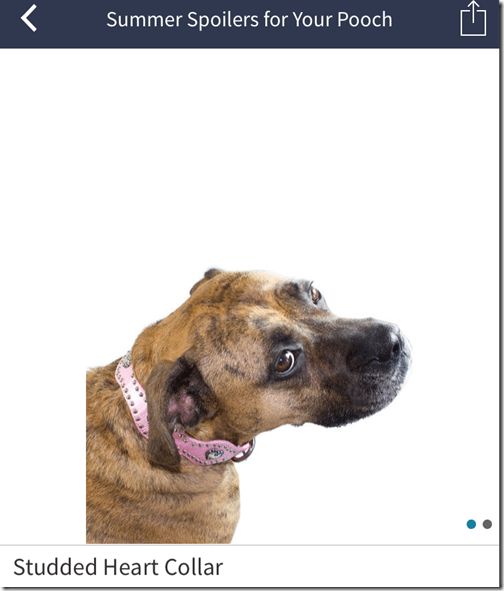 There’s always some reason to feel not good enough… (Like the memory of all. those. dresses.) 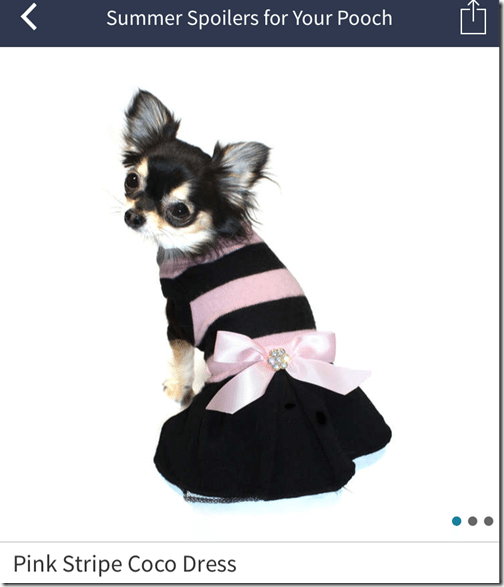 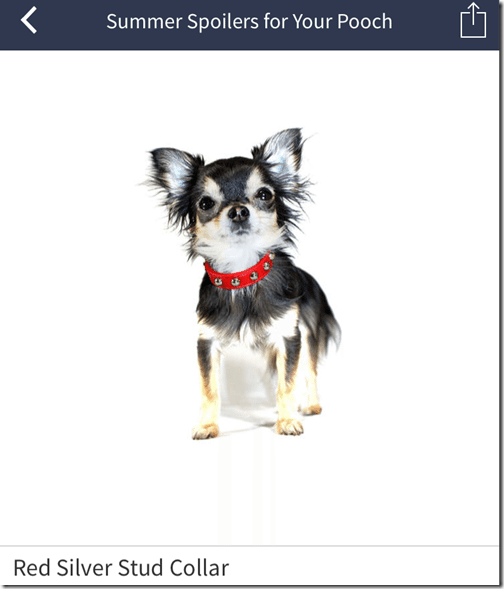 I need some distraction, oh beautiful release… (Seriously release me so I can go eat grass until I vomit) 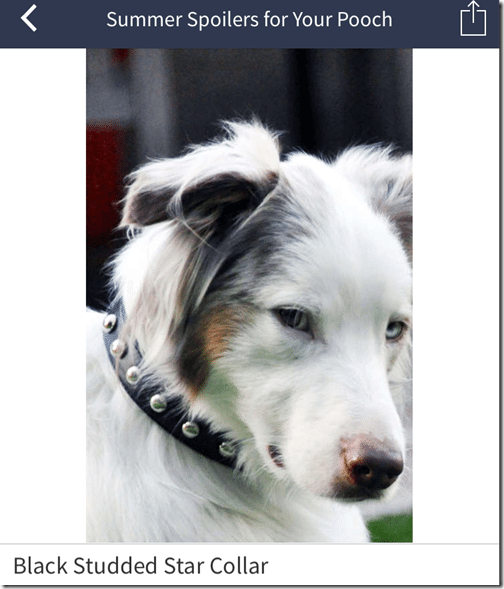 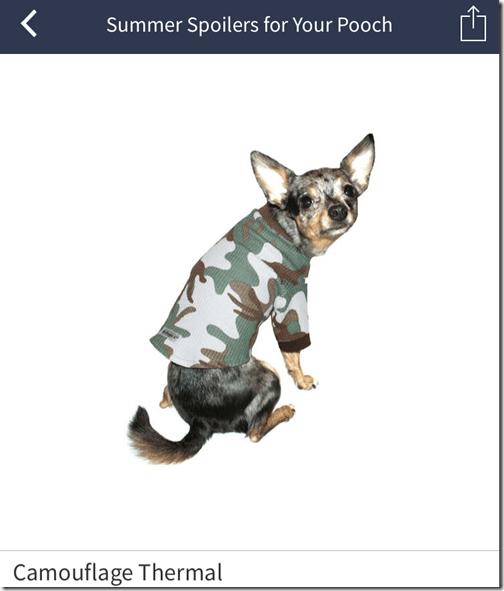 Let me be empty….  (Seriously I’ve had to pee for hours) 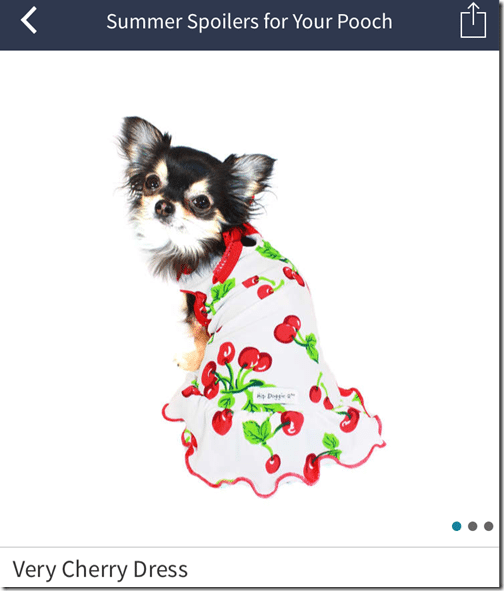 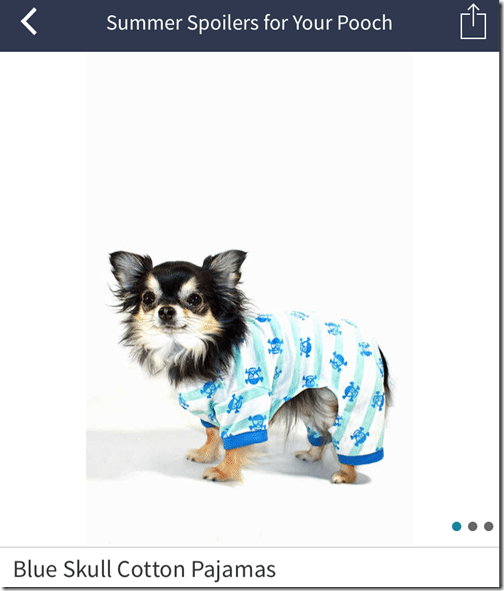 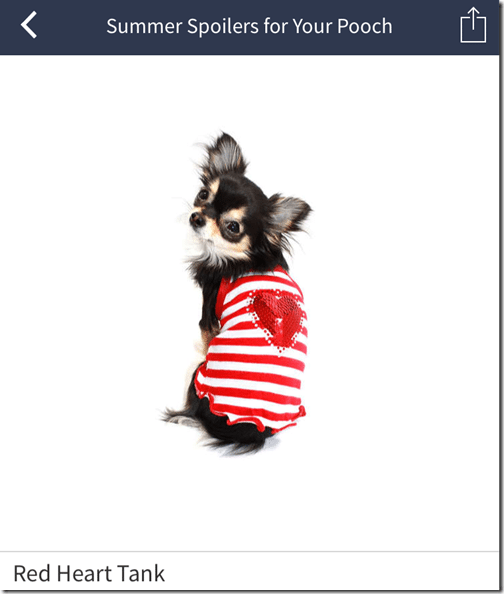 In the Arms of an Angel. (Or this Skull and Crossbones Sweater Vest. Because all humans who wear sweater vests also just LOVE skulls and crossbones.) 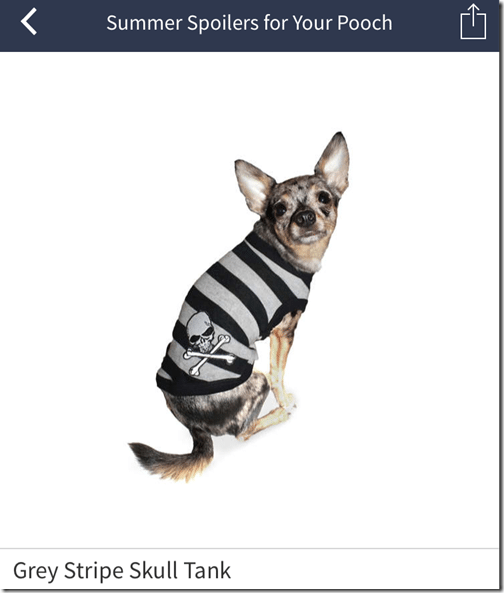 For just sixty cents a day, you can rescue one of these dogs from the misery of a modeling career.

4 thoughts on “Modeling is a Dog’s Life.”