The Texting society in which we all now exist has changed the appropriation of the phrase “You’ve got the wrong number.”

In the past, when we actually talked on our phones, before you revealed any sort of real information about yourself, you inadvertently indicated that you’d messed up the digits.

“Hi! May I please speak to Wanda?”

“I’m sorry – there’s no Wanda here. You must have the wrong number.”

It was so clean, so whitewashed, so business-like.

But now, there are texts. And texts don’t typically start with a request to text with Wanda. They just jump right in.

As such, I sometimes like to play with wrong-digit texters.

But other times, I am not mentally acute enough to play, such as when I received this melodramatic jewel six days after my tonsillectomy:

I was on pain pills and couldn’t conjure an emo-enough persona to answer her (him?) back, so I just stayed silent.

Two days later, despite my silence, she (he?) was feeling better about our relationship. 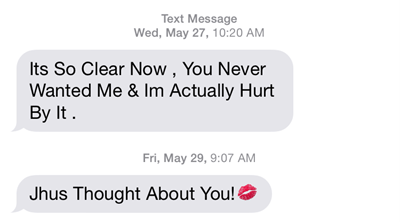 STILL on pain pills, I again just let it go. This did not help her (his?) mental state. After five days of agony, I received this addition to our growing one-sided love letter: 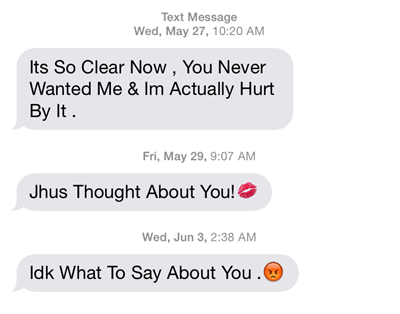 At this point, I knew I couldn’t respond – my silence was making this conversation significantly more interesting than words ever would. I hope to hear from her (him?) and her (his?) changing emotional state for the rest of time.

But then, one our of babysitters, Sarah, shared this conversation with me.

And I knew that all of my wrong-numberers would never, EVER hold a candle to Carl. 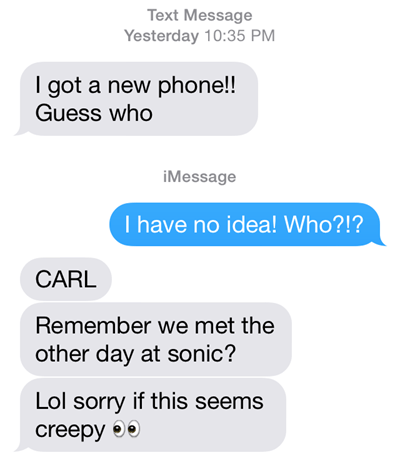 Sarah is a sweet, kind-hearted human being, so she attempted to let him down gently. 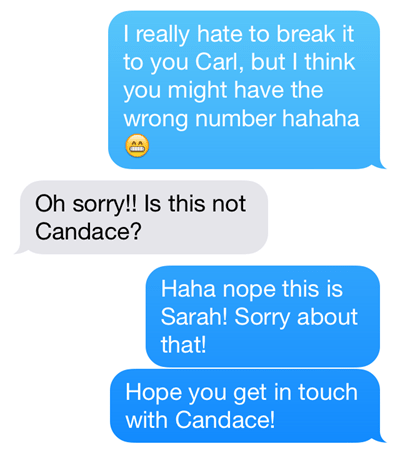 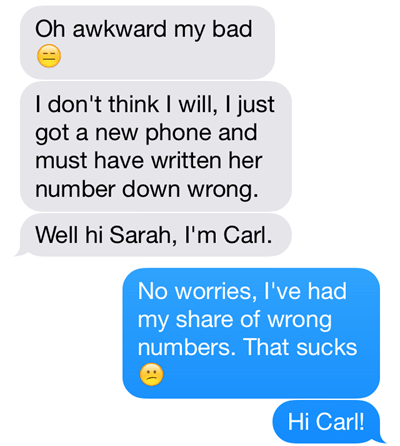 Carl, wrong-number texting is NEVER a meet-cute opportunity. For all you know, Sarah could be an 85-year-old Great-Grandmother of 56 who learned how to text to keep up with all those younguns.

(She is not. But let’s never tell Carl that.)

And Carl, Sarah was nice to you. She didn’t play with your emotions like I would have done. In exchange, you should have thanked her, not continued…as you did…. 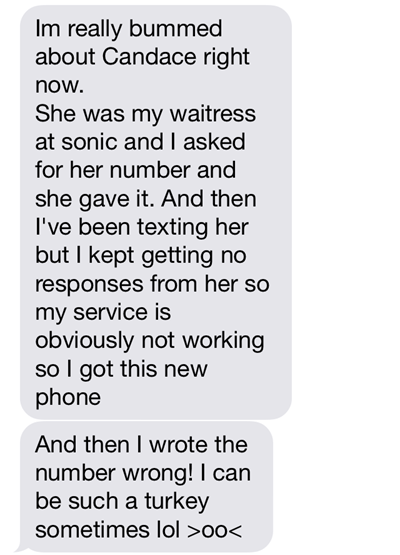 Carl. If Candace wasn’t answering you, a new phone isn’t going to help the problem.

But then we find out you might have bigger problems. 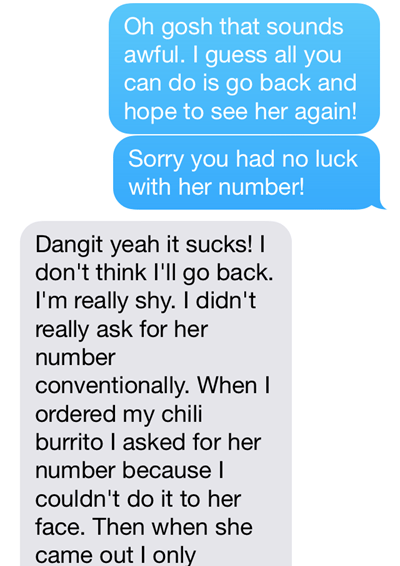 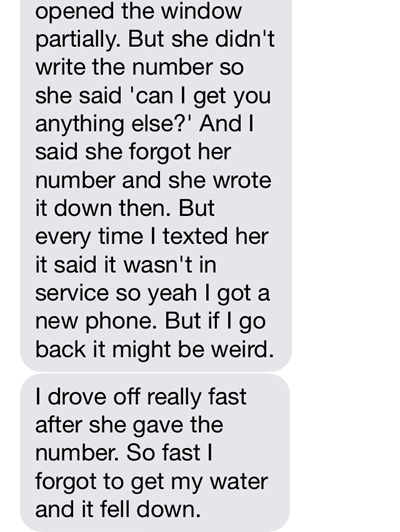 But did you quit?

You continued to text Sarah, finding solace in her over-friendliness and fine acting job of not being completely skeeved out by you, you who found it necessary to triple your Creepy Emoji Eye count. 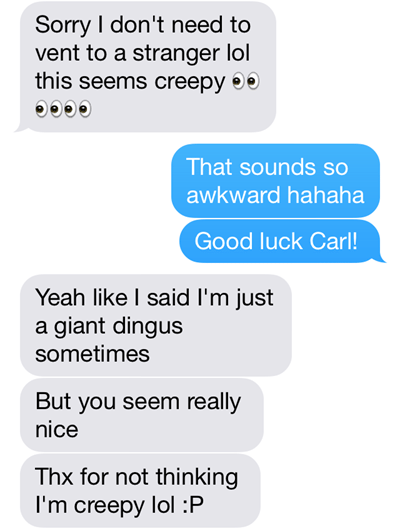 Based on the header on the screenshots Sarah sent me, Carl might have been thanking her in vain. 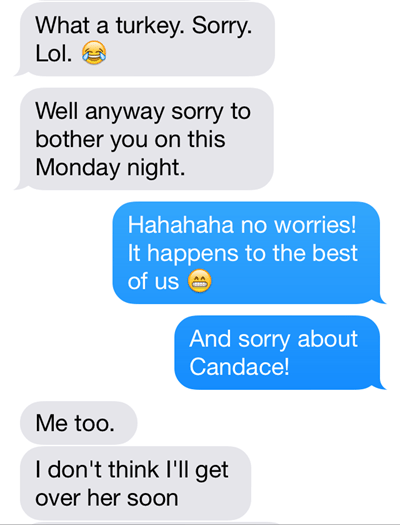 Candace the Sonic Girl should be flattered.

Or should consider moving to Vanuatu immediately.

12 thoughts on “When the Digits Go Wrong.”