Within a day of Chris and I buying our FitBits, the kids split up.

Ali was Team Daddy, and Noah was Team Mommy.

They began cheering us on accordingly, attempting to keep their opponent from getting ahead (okay only Ali tried to sabotage me), and constantly asking to see the leaderboard to gauge how well their Chosen Athlete was performing.

Noah discovered that my FitBit has a flower on it that shows my progress (along with all its other important information), so he began pulling down my shirt at inopportune times whilst saying, “Mommy – I need to see your flower!”

(He also rotated that with requests to see my Blue Lady, the indicator on my phone of how much water I’ve consumed.)

They began to spark an interest “extersizing”, as Noah coined it, enjoying racing at the park, walking (as long as a stop at the candy store was en route), and were more than happy to sit on the basement couch and watch cartoons while I ran on the treadmill.

It only took a few days for them to realize that they were missing out. That they were not getting to experience the full measure of the excitement of this contest.

I was racing Noah one day when the knowledge came to him – quite suddenly, as if an apple had fallen onto his head.

“Mommy…you really have to get me a FitBit.”

Ali realized soon after that she also wanted to have her steps recorded. Because steps not counted are no steps at all.

After three weeks of asking consistently, I “gave in.”

In other words, I recognized that it would make them even more motivated to allow me to exercise and so I let them each use their savings to buy themselves the cheaper FitBit version, the FitBit Zip.

Noah picked blue, Ali picked pink. And instead of a flower that grows upon activity, they have smiley faces that grow in grin girth as they take more steps.

I had to do a bit of work to set them up, such as actually measuring how tall my kids were, as it uses height, weight, and age for its analysis. But when I attempted to enter their birthdays, it spit me out to the Terms of Service – apparently FitBits aren’t allowed to be used by people of such a young age.

So I lied and said they were 14. Very, very short fourteen year olds.

My conscience was overcome with TOS-Breaking Guilt, but my children’s eagerness to exercise helped me live with my misdemeanor.

As soon as I got the FitBits functional, they wanted to immediately go try them out. Which was handy since I also wanted to get some exercise. 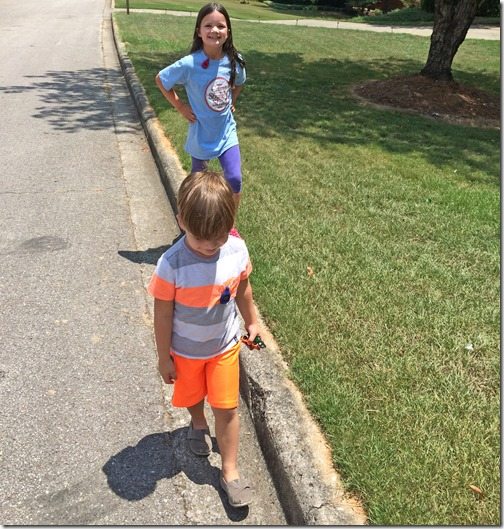 The day those kids realize that half my actions on their behalf are actually 100% selfish is the day they cut me out of their wills. But for now, I’ll let them sing my praises. And I’ll enjoy the beautiful success of my evil plans.

I don’t let them wear their FitBits all the time to keep them from getting dropped in a toilet, but they get plenty of steps when they are in possession. At the end of every activity, they compare steps. Then Ali huffs in frustration and runs a few laps around the house. She has even taken up jogging to make up for the sad disadvantage of Noah’s much shorter legs. 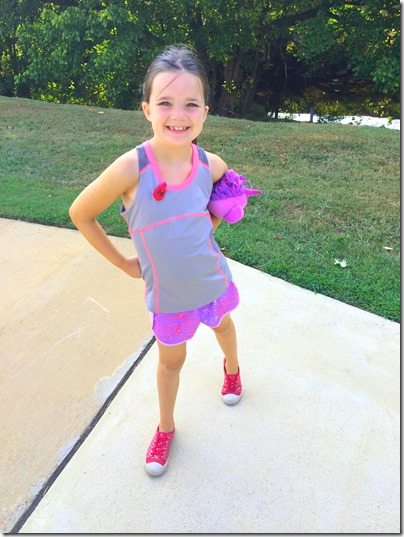 (Seriously – one loop around the block gives him over ONE THOUSAND more steps than her. Little legs work harder than we realize.)

Fortunately for Ali, though, he prefers laziness at almost all times – even if it means losing to his sister. 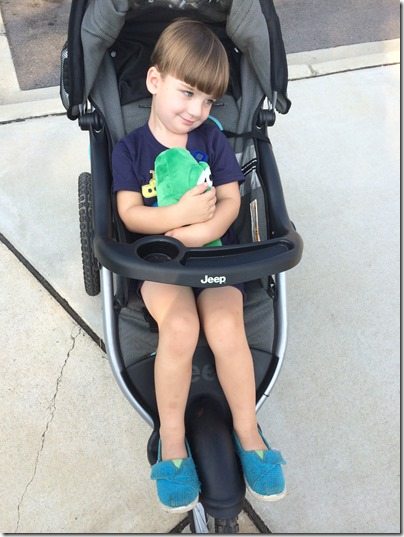 They’ve had their FitBits for almost two weeks, and it is without a doubt one of my Top Ten Wins of the Year. Ali is regularly walking/jogging 3-4 miles with me and is constantly wanting to know which of my grownup FitBit friends she’s beating (sorry grownup FitBit friends), Noah occasionally asks, “Can you check my cawerwie burn?”, and the amount of complaining on long hot walks has been nearly cut in half. 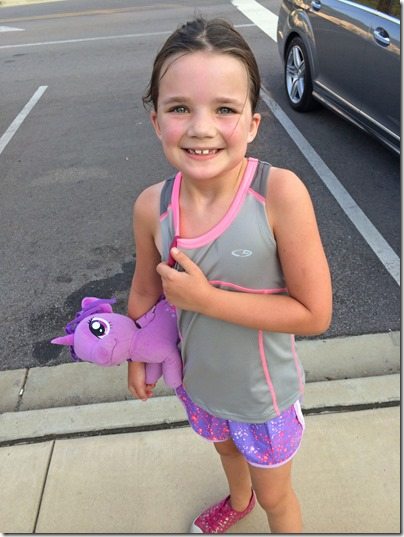 And it only took two more weeks for Noah to realize, as if an apple dropped onto his head, that he still didn’t have it all.

“Hey Mommy, I need you to buy me a phone so that I can have a Blue Lady.”

Disclaimer: Before any child experts find my blog and accuse me of permanently giving my children a body image issue, neither of them have any concept of losing weight, weight in general, or any other framework to connect exercising to appearance. They are simply the product of an accountant and engineer marrying and reproducing, and therefore enjoy anything that has to do with benchmarks and numbers and charts and graphs. Also, they know that exercise has made their Mommy feel better and maybe even fun again, so clearly it has to be a good thing.

6 thoughts on “On Buying the Children a Virtual Hamster Wheel.”