I know that you’ve all been waiting with intense anticipation for an update on the fallout of Noah’s stomach virus.

I am here for you.

I am gleeful to report that, although it did last through the night and he woke up Thursday morning with his bed in such an abominable state that if I described it I’d have to burn my blog, it did end quickly after that. And more importantly, whatever parasite he licked off of only God knows what disgusting surface was blessedly not the type that spreads to other family members.

So, gloriously, we were all free of spurting out of any orifices just in time for the holiday weekend.

And as we’d been in our-life-is-falling-apart-at-the-stomach-seams mode, we found ourselves having not planned ahead a single minute of our Fourth of July.

So we did what any loving parents would do and made our children hike two miles up a mountain in the woods. 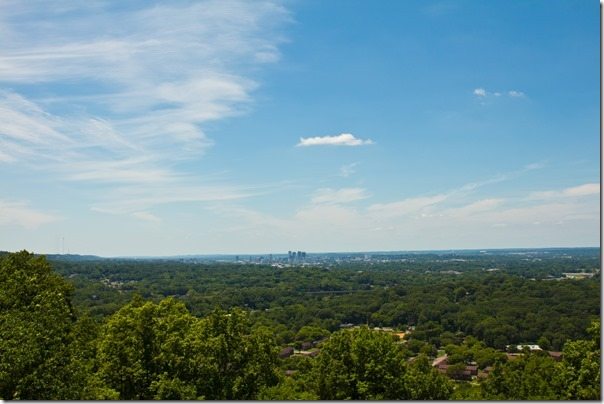 (With one in a diaper. JUST in case.) 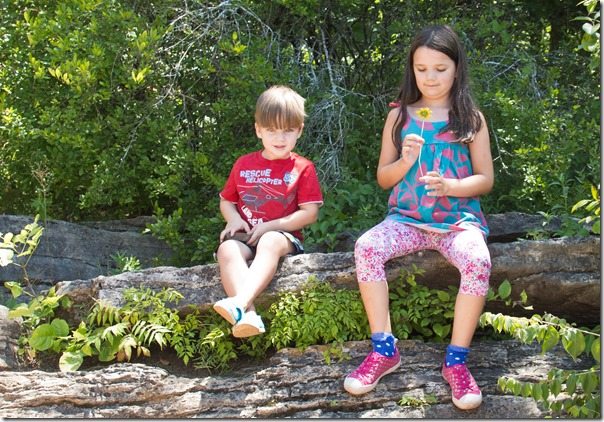 (He can’t believe I just told you that.)

On their way up the mountainside, they both managed to find gender-stereotypical pieces of nature, of which they took a moment to appreciate once we allowed them to sit down. 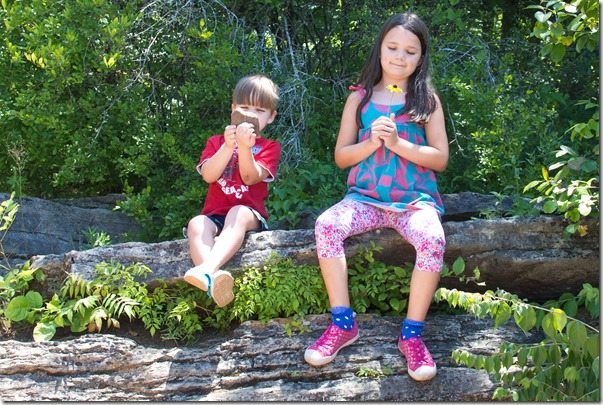 Seriously guys. That was unstaged.

…As was Noah’s near-use of his rock when I actually asked them to pose for me. 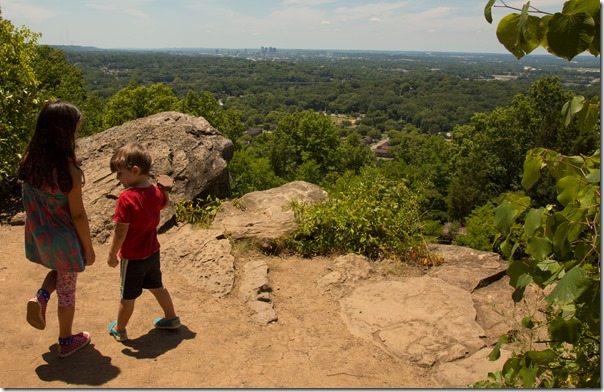 And he wonders why she doesn’t trust him. 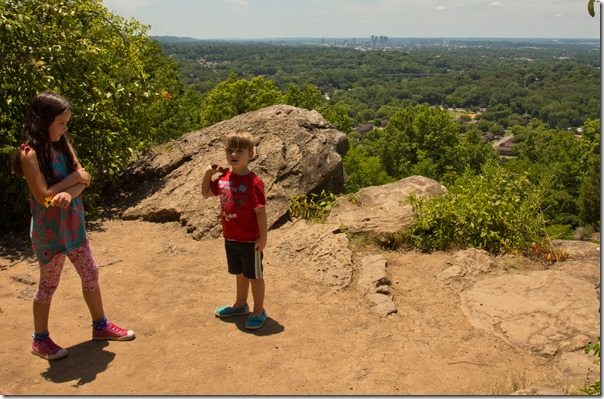 That night, we set out on an unplanned attempt to find a vantage point for Birmingham’s fireworks show above Vulcan. We had no idea where to go and were entirely uncertain as to whether our children would be whiny-sleepy, interested, or petrified, as Noah had a bit of a traumatic fireworks experience last fall, and this was the first Fourth of July we’d been in town in many years.

I applauded my husband’s ability to withstand such tenuous uncertainty.

We ended up on the Children’s Hospital Parking Deck, where they had actually roped off the top deck for viewers, and were quite kind to everyone who had found their way up there.

Better yet: we made it in time for sunset. 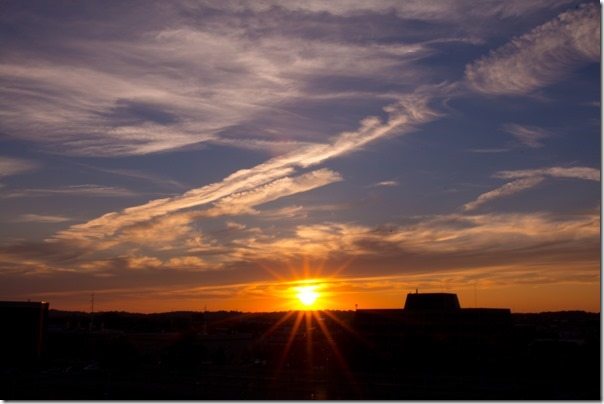 A sunset which, for a moment, even turned red white and blue. JUST FOR ME. (And everyone else.) 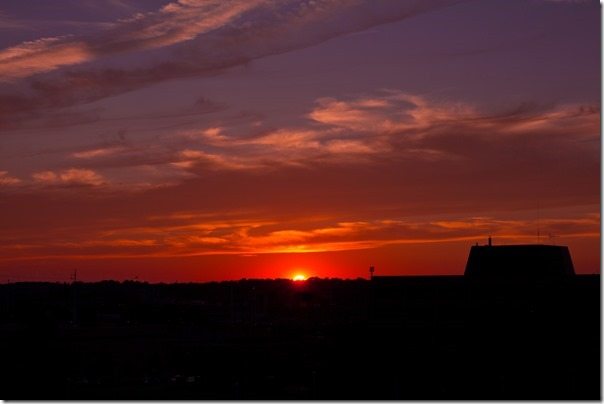 Our children were excited and self-entertained while we waited for 9pm to arrive, 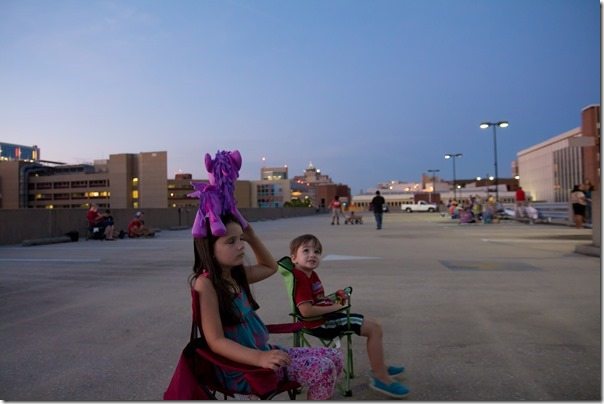 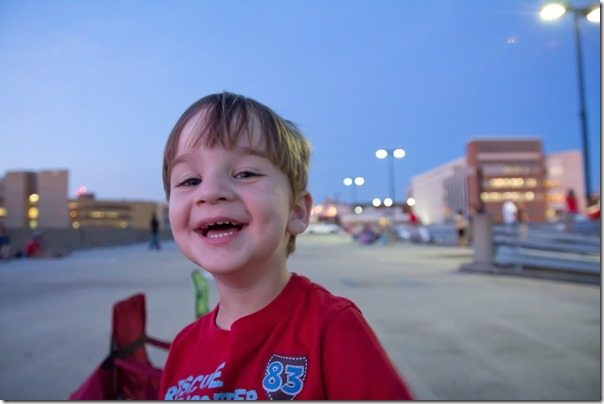 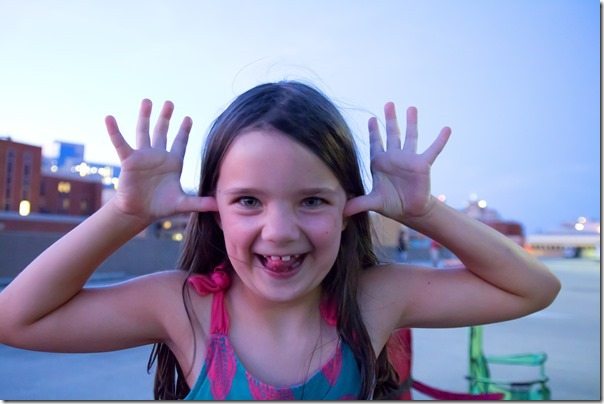 Chris had the forethought to pack popsicles, 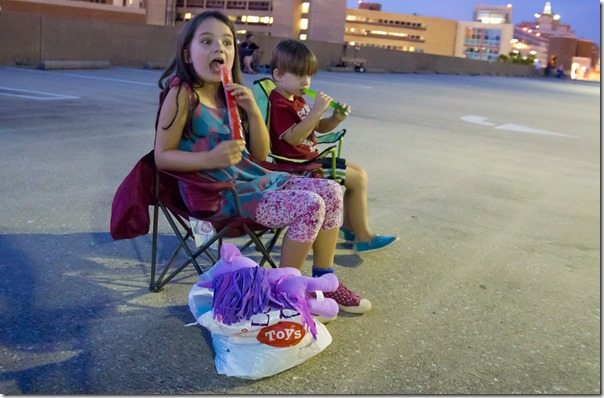 My Parents, Grandmother, and Brother joined us after we let them know we found the best view in Birmingham, 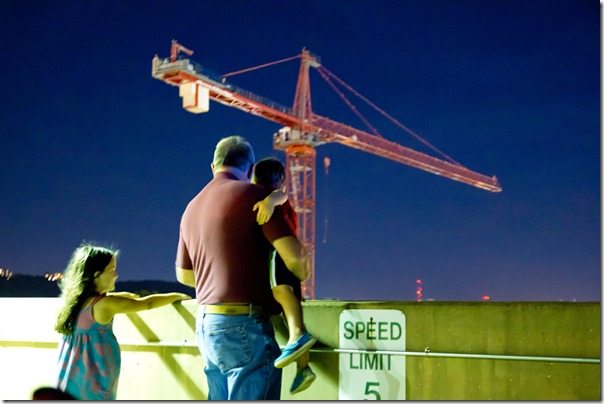 And when the fireworks began, Noah relieved us all by saying “I do like these kind of fireworks!!” 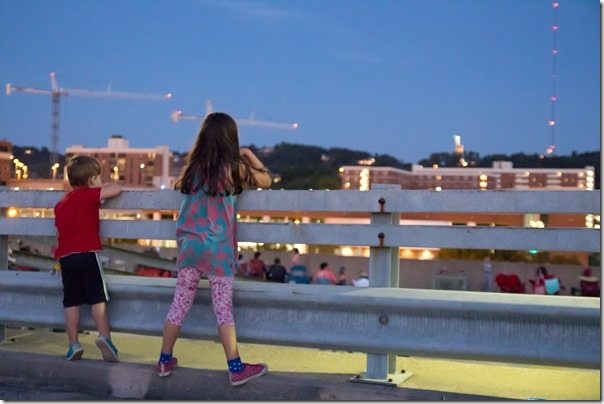 From Puke and Poo Hell to Family-Togetherness Utopia…clearly God did indeed shed His Grace on us. 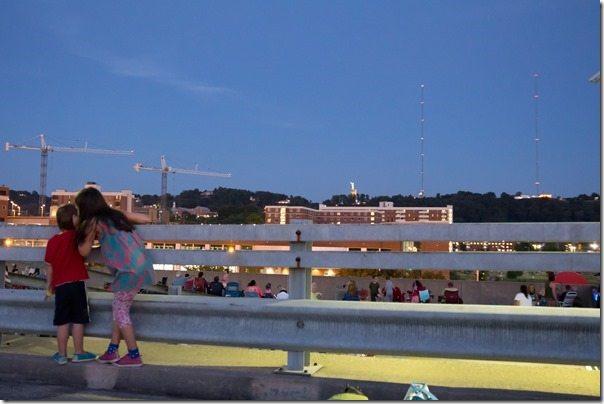 I took my DSLR, set it up on a tripod, adjusted it to what I hoped would work, then carelessly snapped about 250 crappy fireworks photos without even looking through the viewfinder. Chris suggested that I pick the least blurry ones and create a composite image of the night, which turned into an obsessively geeky exercise in Photoshop Layering. 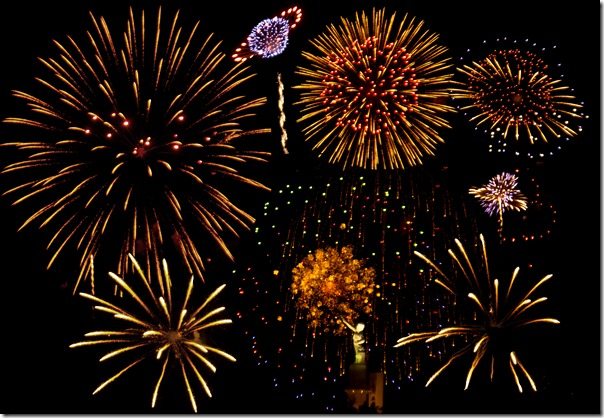 (But I totally got fussed at by my seven-year-old for not including one of the upside-down smiley fireworks.) 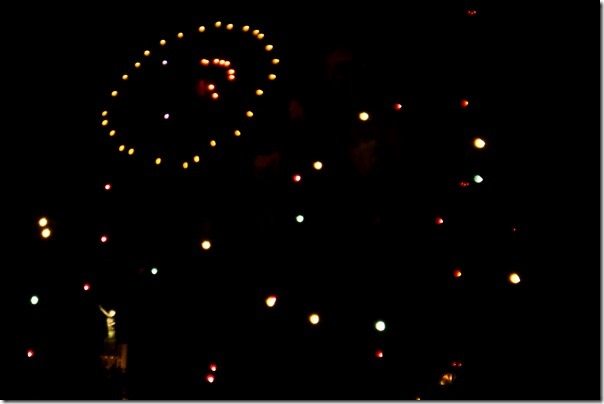 The next morning, gloriously, (how often does the climax of a story come after the fireworks are over?), I dumped my disease-free children at my parent’s and Chris swept me off to North Alabama.

For Recovery from Motherhood. 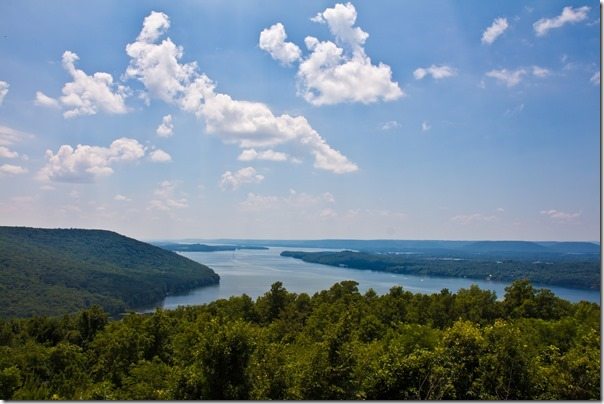 We visited the above, Weathington Park, then continued to one of our favorite retreats, Gorham’s Bluff. 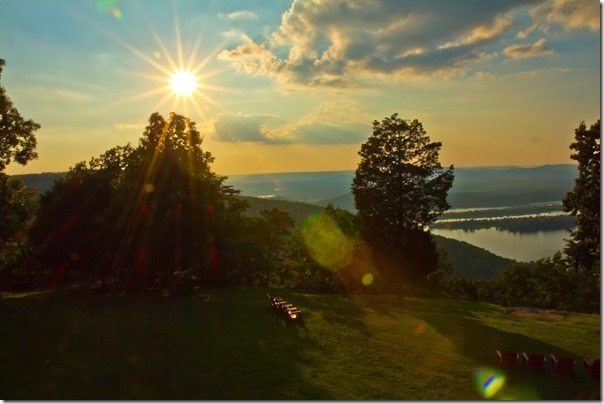 We ate, we rested, we read, we biked, we talked, and we got to sit on the edge of a ledge and see this. 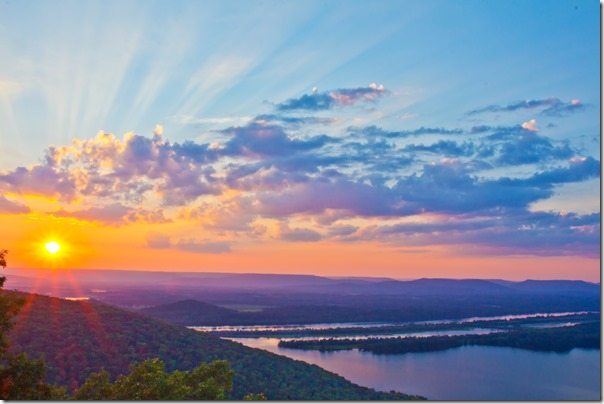 6 thoughts on “On Declaring Independence.”