As Chris and I sat on the lawn of Gorham’s Bluff basking in the wonders it possessed, we noticed an impressive bug convention going on around us.

Chris watched them reservedly and said “Are these ground bees or something?”

I stared down at them, waiting for one to do a fly-by for me to identify, then squealed with glee. 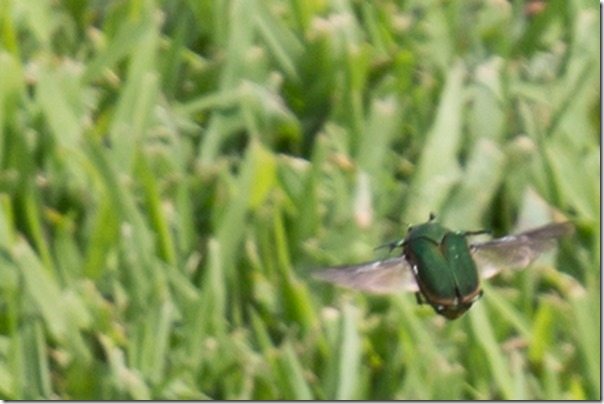 He looked at me skeptically.

“Don’t tell me you’ve never tied a string around a June Bug’s leg.”

He scooted over a few inches.

Every summer of my childhood, we anxiously awaited the arrival of June Bugs. They never came in June, though, tricky little buggars. They arrived in early July. Upon the first sighting of a glowing green back, we would run in, beg our parents for string, and set out to catch our newly arrived pets.

(It should be noted that our parents were the ones who taught us this skill, so they always had June Bug String around for us to carry on family tradition.)

We chased and chased those stupid bugs – they’re harder to catch than fireflies but easier than a fly would be if perchance anyone ever wanted to catch a fly. But they’re big and nearly incandescent so they’re easy to spot – if only they’d stay in one place for a summer second.

When we caught one, the real struggle began. Unless you’ve ever turned a flying beetle over on its back and tried to hold one of his legs still enough to tie a string around it, you really can’t understand the hardships of my childhood.

But the glory of victory – it was well worth the trial.

As mentioned, June Bugs don’t hold still for long, so once we uprighted our freshly tied new pet, he’d immediately fly away – only to find that he was now an Alabama Kite. He’d fly this way and that, and we’d hold onto our string gleefully as if we were walking our miniature flying dog around the yard.

Finally, he’d get tired and sit down. 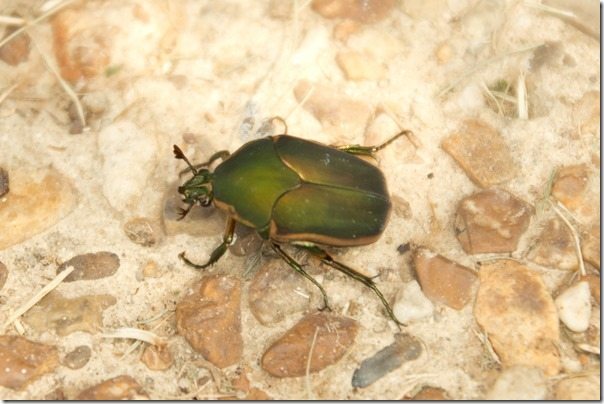 I would sit Indian-Style beside him (these were the days before Criss-Cross-Applesauce, obviously) and nudge him with my index finger.

June Bugs are stubborn creatures, though, and once one realizes that his only path to freedom is to be boring, he will stick at boring like a woodpecker boring through a chimney.

So we’d attempt a leg-untying, which sometimes resulted in a leg being untied and sometimes in a leg amputation, and set off to find his more gullible relative.

June Bugs were greatly anticipated summer fun – right before Lightning Bugs and right after the now-illegal high-dive at the Fraternal Order of Police swimming pool. Until the fateful summer that we had aged enough to observe these June Bugs in their natural environment. And realized that they enjoyed our yard not because of our superior skills in human-insect interaction, but because they ate our dog’s poop.

And let me tell you. Finding out your pet June Bug is actually a second cousin to the Dung Beetle can really ruin the magic of childhood.

But we persisted through our adversities. And replaced our June Bugs with pet rabbits.

…And now Chris thinks I grew up on Mars. Help me out, people – who else had flying-pets-on-a-string when you were a kid?

46 thoughts on “The Summer of June Bugs.”