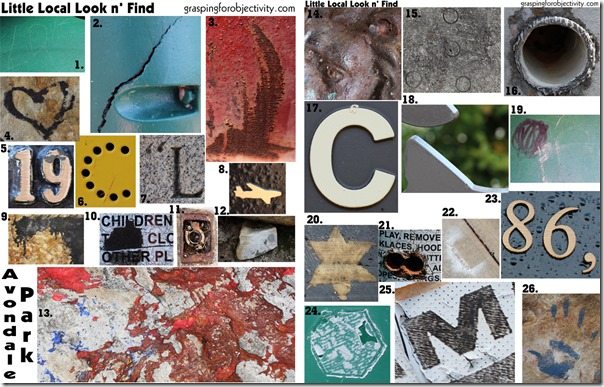 During our first year of dating, Chris and I discovered the Itty Bitty Magic City Scavenger Hunt. It was an annual feature in The Birmingham News (now more commonly known as al.com) where once a year, they would choose a location and publish 20-30 pictures of microscopic details. The first one we did was in Five Points South, and we had our most memorable date ever walking up and down our city, looking for tiny clues. We studiously wrote down all of our answers and mailed them in (this was, after all, 14 years ago,) and we both won giant duffel bags full of Birmingham News-branded crap that we were SERIOUSLY proud of.

(We still use those duffel bags.)

We eagerly awaited the annual scavenger hunt after we got married, each year with a different location – The Botanical Gardens, various downtown city blocks, Aldridge Gardens, Sloss Furnaces, Railroad Park, Vulcan, plus others I’m sure I’m not remembering. Every time we departed with a deeper appreciation for that slice of our city, and with the elation only brought by a beautiful Spring day spent outside.

We even took Ali one year, but quickly decided that the level of detail with which we wanted to perform our hunt was best left to dates. We evangelically told all of our friends about the fun and got them hooked, creating a bit of a cult following for the Itty Bitty.

The Birmingham News didn’t publish the annual hunt in 2013, which was met with great sadness. We weren’t sure if it would return this year, and before it did (they actually created one for Birmingham, Huntsville, Orange Beach, and Mobile this year,) one of my converted friends bemoaned to me her extreme need for a scavenger hunt.

“WHY did they stop PUBLISHING it?!”

“You know what. YOU should publish one!”

“Me? Well, that’s not a bad idea…it would be fun finding the clues…”

After much pondering as to where the location should be, I decided on Avondale Park. 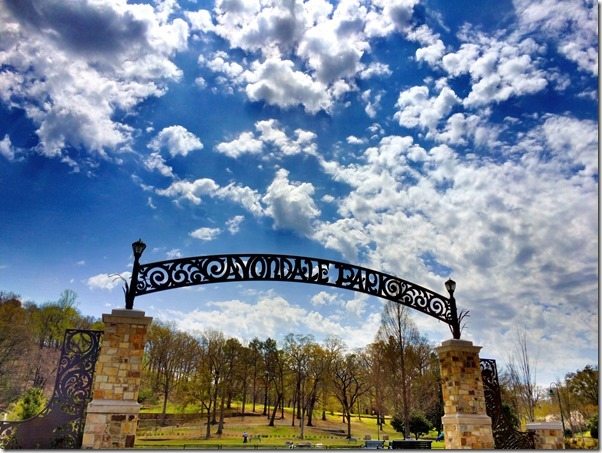 Built in 1886 but given a major renovation in 2011, the park is adjacent to downtown and has a vast history, which indicated to me that it would be a great spot to find interesting details for a scavenger hunt.

Also, it’s a park that I never visited until six months ago – Birmingham has many hidden treasures, and the 40 acres of Avondale Park are certainly among them. 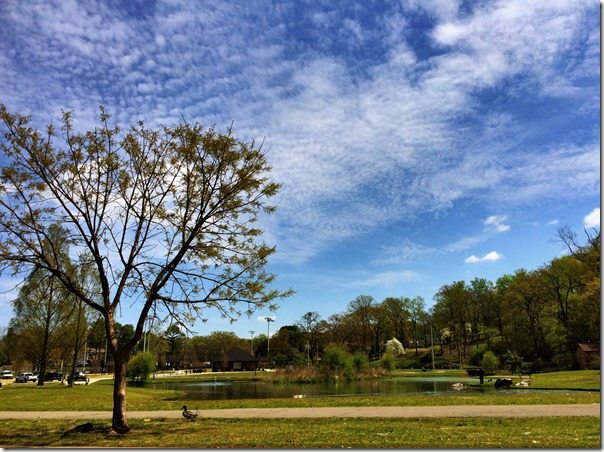 It suffered many decades of neglect and bad reputation, but the revitalization of Avondale and renovation of the park itself has made it a gorgeous urban hot spot, and a place that more of us need to appreciate. 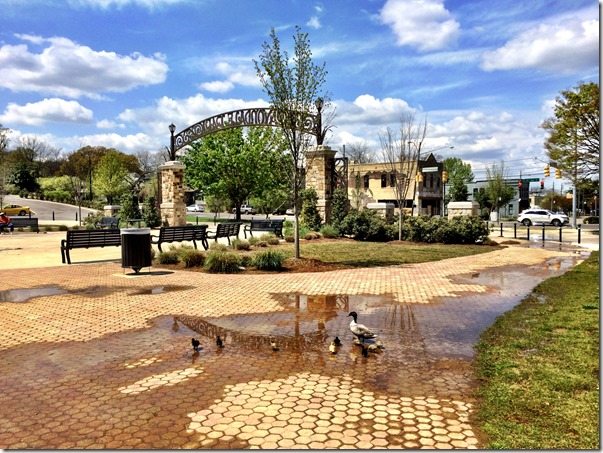 I mean – it’s so pristine that I couldn’t find a single Moist, Daze or Blaes tag to use as a clue. And I’ve pretty much found them at every park in the metro area.

Chris’ Aunt Kitty was in town for a few days, so I took her and the kids along. The last time she’d visited that park was fifty years ago, so getting to see it in its new and quite dashing state was a thrill for her.

The kids loved the playgrounds, especially the duck-guarded slides. 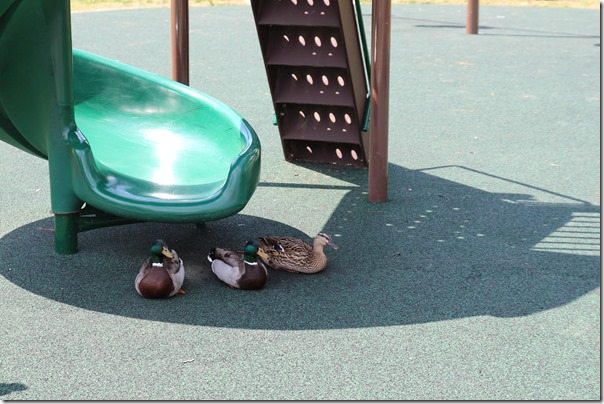 After which Noah herded the ducks back to where they belonged. 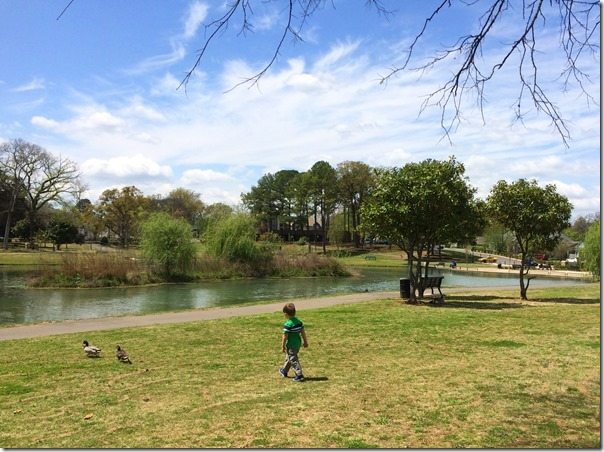 But in between playground visits, they were happy to help me find clues for you.

Here are the rules and information you’ll need:

1. All 26 photographs are located in the confines of Avondale Park, and I tried to make sure that the items were semi-permanent and unique enough that there could only be one.
2. A lot of them can be found with the help of your kids, but some might be difficult, so you will need to make the decision as to how determined you’re going to feel after you start.
3. Submit detailed information as to the location of the items on this form by May 31. You don’t have to find every item to win, so don’t obsess too much.
4. There will be prizes!! The person who finds the most items will receive a $50 Gift Certificate to Picture Birmingham. In case of tie, I’ll do a drawing. Also, five participants will be randomly chosen and will receive a a 6-pack of Picture Birmingham note cards.
5. The clues are below for you to study, but be sure to snag the printable version before you head to the park.
6. Do not tamper with the clues to hinder other finders. Someone did that to us one fateful year and we still haven’t forgiven them.
7. If you get stuck, you can email or tweet me for an extra hint, but I’m not guaranteeing an immediate response.
8. While you’re in the area, I recommend eating at Silvertron (my review), FIVE (my review), Slice Pizza (my review), or Saw’s Soul Kitchen (my review of their other location, Saw’s Juke Joint.) You won’t regret any of them.

Here are the clues. 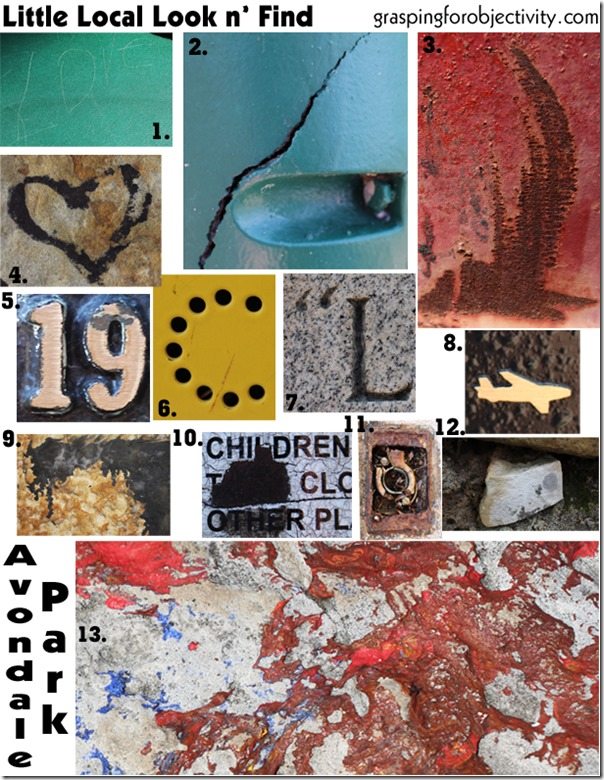 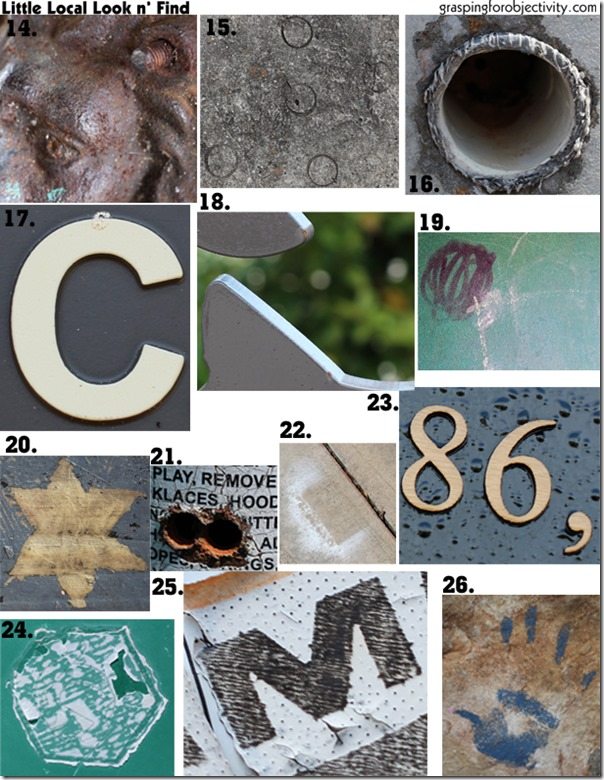 If enough people enjoy this, then I won’t wait a year before creating another one. So get out there and enjoy our beautiful spring!