On Monday morning, nine out of ten Facebook Statuses in my feed were bemoaning a flooded basement, a flooded back yard, a flooded street, or a flooded everything.

Sunday was slightly moist around here.

And of course, that would be the day we had picked out to visit Thomas the Train. 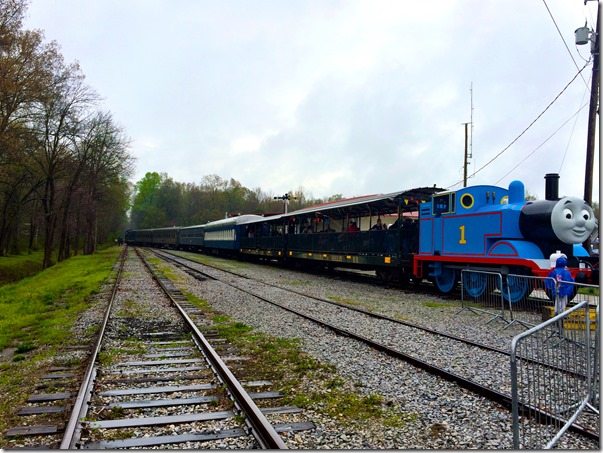 It was the last day he was to be in Birmingham, so we couldn’t change our minds.

But Thomas was a non-negotiable – rain or worse. Because Noah has asked to return, nearly on a daily basis, since last year’s visit. It is pretty much his crowning achievement from the age of two.

“I REMEMBER riding on Thomas!!”, he said, at least a dozen times, as if he knew he shouldn’t actually be able to remember things from being two. “I REMEMBER getting the bracelet!!”

…because red Paper Bracelets are the best part of any event.

The rain did not lessen the palpability of Noah’s ecstasy. 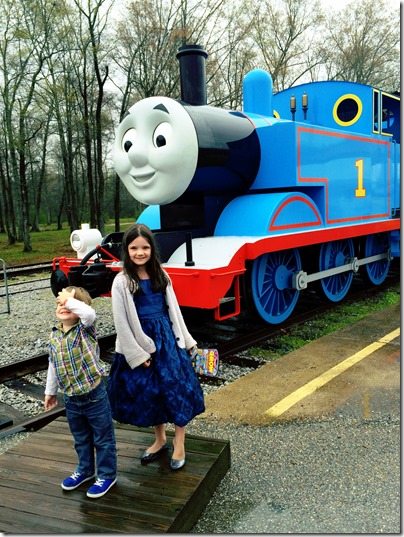 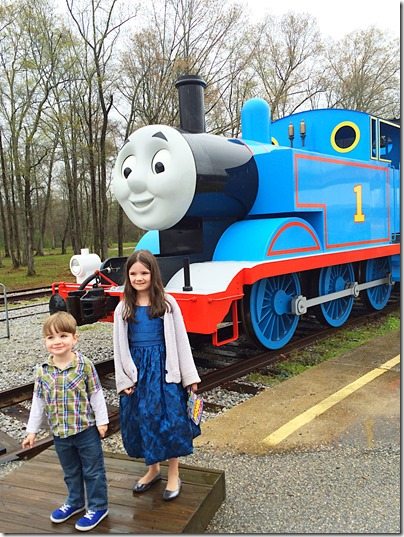 Thomas had gotten some work done since last year, and actually had a moving mouth and eyes, and cheeks so soft and realistic that when they moved, they looked rather eerily like we were in the cartoon. Making me wonder why no one has bought a small island and turned it into a Sodor Theme Park. 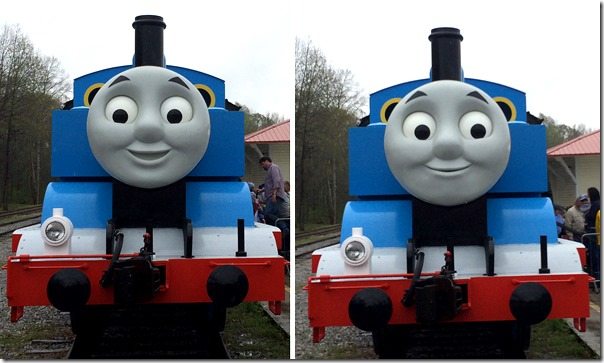 We skipped all of the other rather wet Thomas-y activities and went immediately to the awning to wait for our ride, which didn’t seem to upset the children at all. 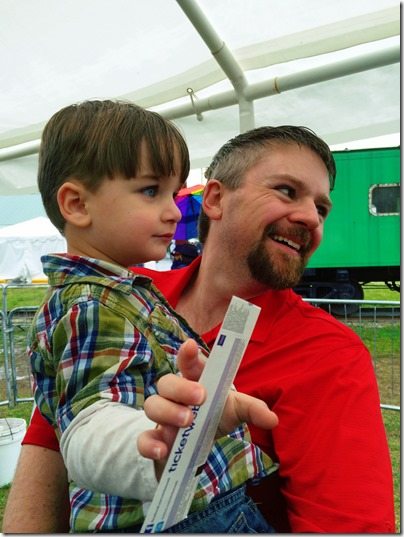 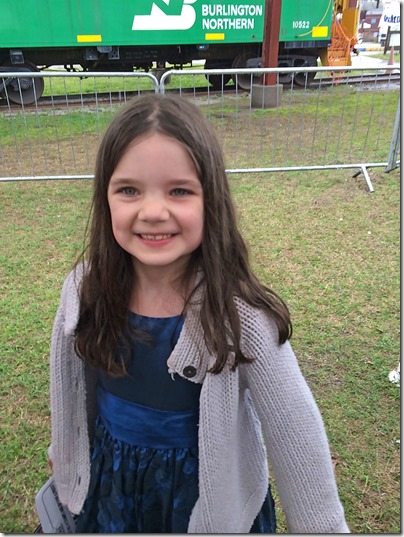 And, thanks to the rain, the train was nearly all ours. 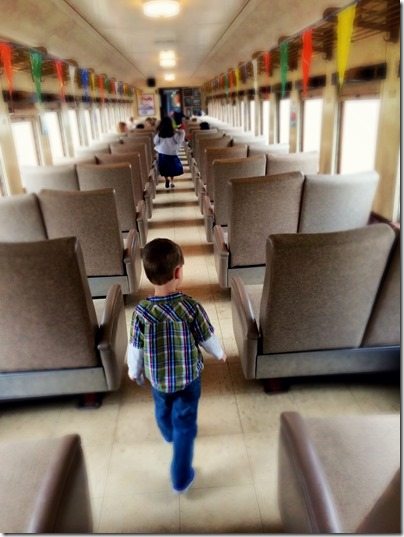 Noah got some quality time with the Conductor, 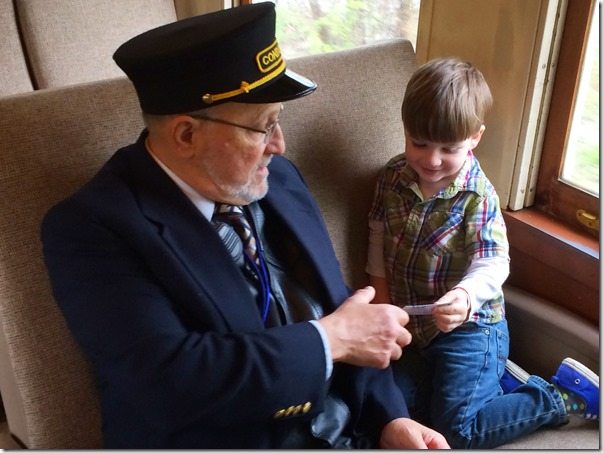 And after spending much time silently staring, 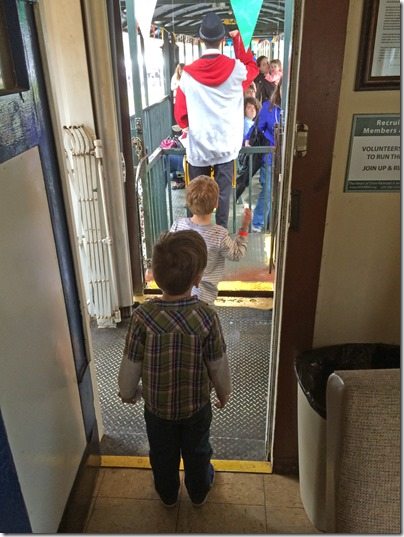 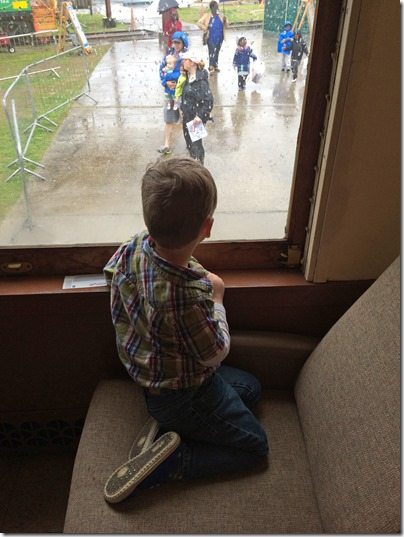 Being as still as he’s been for at least a month, 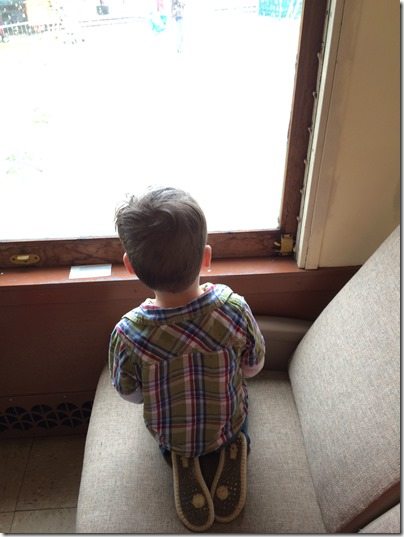 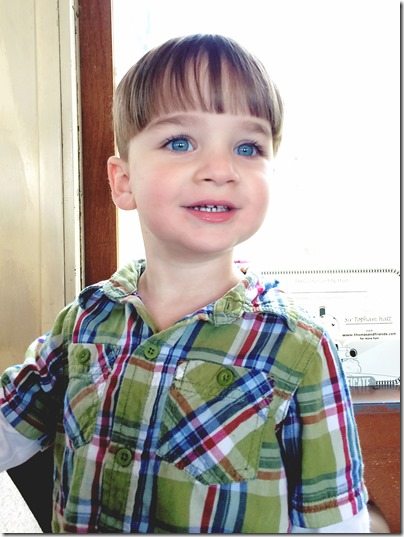 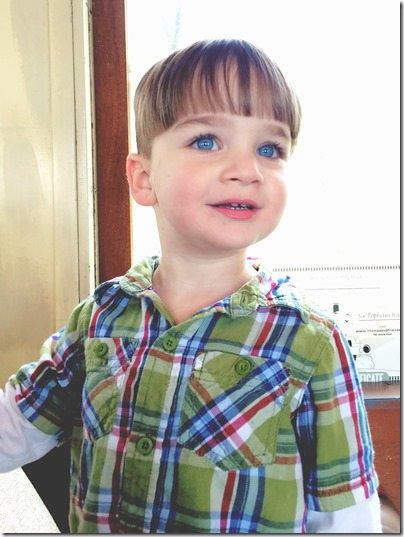 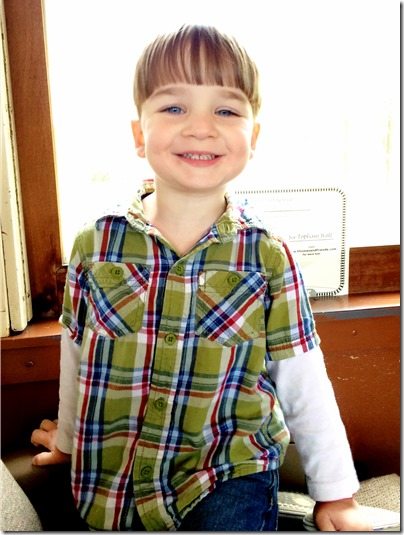 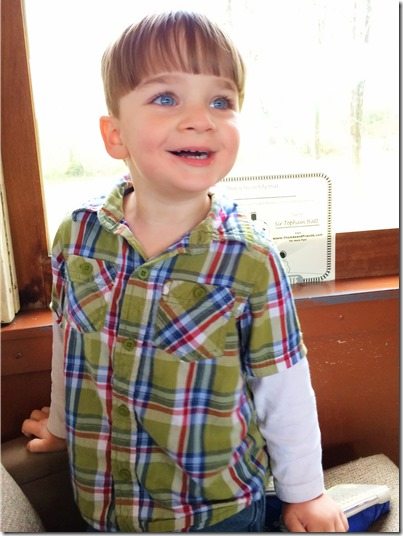 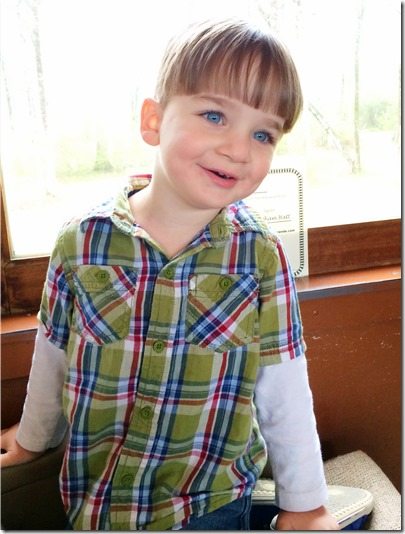 He even let me see a quick glimpse of his true excitement, 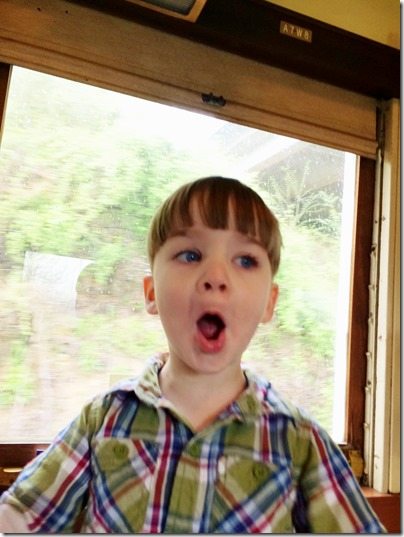 And wanted to take a train selfie. 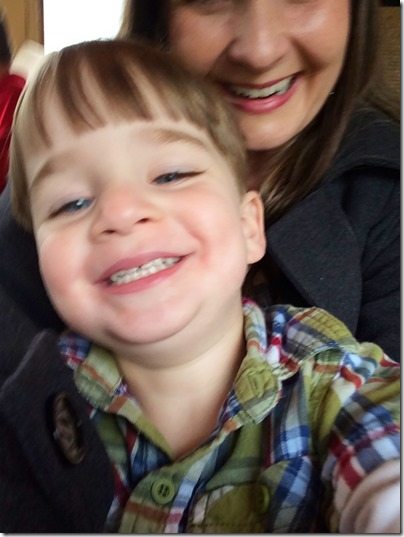 We all left calling it a success, 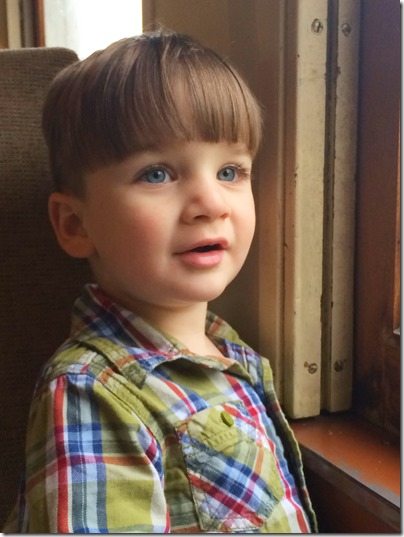 And now begins another 365 days of the question, “Is it time to go see Thomas yet?”

17 thoughts on “A Rainy Day With Thomas.”