Reassurance: Despite my blogging track record and the implications of the above title, this post is not about potty-training. That one will come later in the week. You’re welcome.

So. Last week was a slight bit busy for me.

The Picture Birmingham website launch was exhilarating, exhausting, emotionally taxing, anxiety-inducing, overwhelming, and extraordinarily fun. And right smack in the middle of it, on Wednesday morning, I was supposed to have a live interview on a morning show here in town.

LIVE, y’all. No second takes, no flubs, no wiping my nose, no hold-on-a-minute-I-need-to-make-sure-I-don’t-have-lipstick-on-my-teeth.

Thankfully, they sent me instructions and the opportunity to suggest questions and talking points, which was my only comfort all week. At least I knew they wouldn’t ask me something and I’d have to say, “Uh….ummm….I have no idea hold on a sec while I Google that.”

Not to say I looked any less idiotic. Or that I slept any more the night before (which was zero, by the way. Not exaggerating.) But as I said, it was a comfort.

Within the instructions, though, there was a seemingly innocuous but bone-chilling bullet point.

I went to my closet.

It was as I suspected. 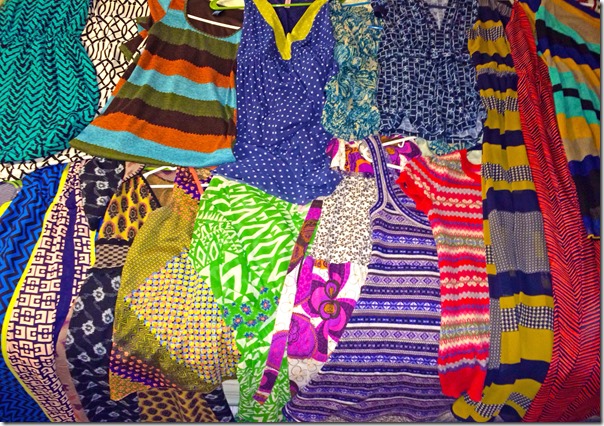 I do not own solid colors.

Except for one white dress, a few overly casual shirts, and two too-fancy cocktail dresses.

Even my current favorite blue jeans are prints. 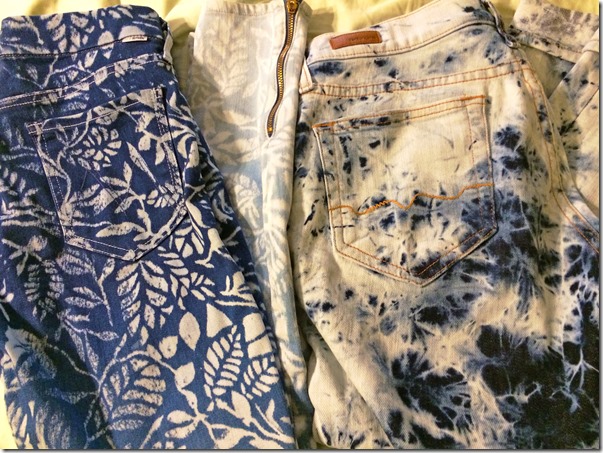 I liked my life, I liked my job, but I hated my wardrobe.

So when I became a Stay-At-Home-Mom, I went craaaazy.

Which led to my great quantity of fretting last week.

Should I go casual solid?

Should I go dressy solid?

Should I go shopping?

Or should I break the rules?

Will they kick me out of the studio if I break the rules?

Does the news station have some sort of giant green screen technology that makes people wearing prints invisible? Or worse, just their clothes invisible?

Or are they just afraid I’ll clash with their couch? Because I know I have this one dress that will compliment it just fine…And it’s kinda like two solids in a solid sort of mash-up….so…it’s…semi-solid?

Okay it’s tie-dye. So probably not EXACTLY a solid.

And anyway. I’m a rule-following people-pleaser.

So I went shopping on Monday afternoon, while my first (non-live) interview about Picture Birmingham was airing. After all, it seemed to be the only reasonable choice. And it makes me too nervous to watch myself live anyway. Which was not exactly a comforting foreboding for the fact that I was going to have to be myself live in just a couple of days.

And I had a gift card to Express, so at least these solids wouldn’t cost me anything.

I pulled every semi-dressy thing they had in a solid color and dumped them in the dressing room. Which is when I realized that most of the shirts were button-ups. And when I put them on and looked into the mirror, I was transported back in time to the days of financial reports and accounts payable and long meetings and saggy-butted pants.

I fled, leaving these garments behind before they wrapped themselves around me and forced me back into a cubicle.

Next, I went to a super trendy clothing boutique that specializes in semi-dressy dresses.

That are almost all prints.

I found the only three dresses in the store that were solid colors and visited their dressing room. Which was in possession of the World’s Most Unflattering Lighting and Fat Mirror. That or I Petri-Dished more thigh cellulite than I had calculated over the winter. But whichever it was (most likely a grotesque combo), I again fled, empty-handed, knowing that solids and I were never going to happen.

I scoured my closet again. I went back to that semi-solid tie-dye dress as my only logical option. And I decided to risk it.

After all, that instruction wasn’t in bold. And the exclamation point was after “and no white”, so surely the urgency implied was exclusive of the latter instruction.

And I could have been much more disobedient and chosen one of my dresses with multiple prints, so I should get bonus credit for not doing that, right? 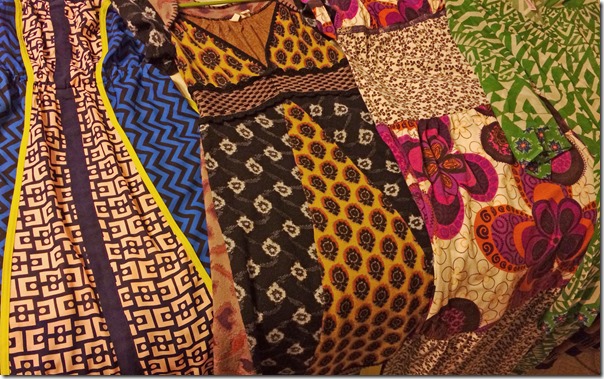 I showed up to the studio in my semi-solid. I tried to cover the printishness nervously with my hands as I signed in at the reception desk, and I began looking around for Studio Fashion Security.

In fact, you might see my eyes wandering nervously at the beginning of the video…and probably in the middle of it, too. Yes, that explanation makes me feel better about my super awkwardness on Live Television.

In conclusion, I didn’t catch anyone giving me a disapproving glare. But if I’m on the blacklist at ABC 33/40 henceforth, now you know why.

Note: The live interview is no longer available…here is the original spot on ABC 33/40:

23 thoughts on “Solids Are Hard to Come By.”