On Friday, I shared the majority of my interview with Moist, a Birmingham graffiti artist. However, the last question I asked had such a fascinating answer that I saved it for a post of its own.

I asked Moist if he had ever met Daze, another graffiti artist whose tags I see all over town, and if they were friends. Here is his answer.

DAZE is the king of Birmingham graffiti. I have painted with him a good bit but I can’t say I know him personally. He’s the most careful person you will never meet. I can’t go into super detail about him because he could literally kill me if I say too much.

For those that aren’t already aware, DAZE has been painting since forever, he’s a super old school writer. No one crosses him.

I have a website that I occasionally post photos to, and so does he. So one day I received a message on there from Daze. I anxiously opened it to discover a simple message that said “Under the brick, 11th Ave north and 19th St north, tomorrow”

Are you kidding me? Secret messages? This dude is a kook for sure.

So of course the next day as soon as I got off work I went to 11th and 19th. And I won’t lie, I was nervous as hell for sure. I showed up around 4pm while the sun was still out – I had no idea what was going to happen. Also, for those unaware, 11th Ave north and 19th St north is the corner of Oak Hill Cemetery. 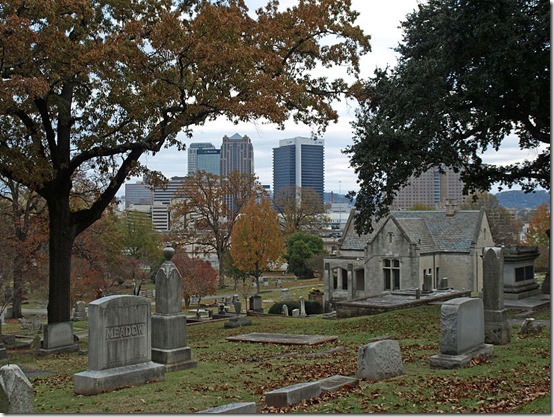 Of course I didn’t know that until I passed by it in my truck, I drove by and sure enough there was a small brick wall on the corner. I parked and walked over, the whole time I was checking over my back looking for people. I started touching the bricks in the corner of that wall, jiggling them trying to find the loose brick while looking like a crazy person on some scavenger hunt that ends with God knows what.

None of the bricks were loose. I checked every one of them on that corner. I was confused. I started looking elsewhere. I knew there had to be something there. I climbed over that short wall and there it was, a regular brick in the corner just sitting in the grass. I lifted it up and there was a note inside a Ziploc bag. I looked around again before I opened it.

The note was intense for a note. It said something along the lines of  “Meet me at the Amtrak station up top at midnight, wear dark clothes, bring a bag of black and white Rusto. Don’t @%!# this up. I’m giving you one shot.”

I was so stoked and freaking out at the same time. I went and got all my stuff together and waited for nightfall. I had to walk way down the train tracks to get to the Amtrak station, there’s not really an easy access right at the station doors down on street level. I got up there around 11:40 – I wanted to be early. So I was just chilling up at the Amtrak station. At night it’s really deserted – no workers, no bums – it was quiet.

I checked my phone for the time, and it was close to midnight. I’m thinking this dude has to be insane. No one does this kind of stuff. I distinctly remember watching my phone clock click over to 12:01 and thinking what is going on with this dude.

Then I hear someone walking on gravel across the train tracks. There was a line of train cars that were parked on the furthest track. Then I see a dude climb in between the cars to cross over. I couldn’t tell much about the figure, I just assumed it was him because he was walking straight towards me. This dude is huge, he’s a monster, just a broad beast of a man, and as he gets closer I realize that he’s wearing a mask! Like a cheap plastic mask that was all black.

I almost ran off. I really did.

He walked up, looked up at me, and said, “You ready?” Uh yeah dude. Haha. Yeah I’m ready. We walked down the track for what seemed like a mile, under some more sketchy bridges and past some scrap yards, then finally there was a plain concrete wall right on the side of the tracks. We just chilled and painted that wall side by side.

I was painting side by side with Daze. My mind had officially been blown.

He didn’t say much while we were painting. He gave me some pointers so that my piece would look better, but that was about it. He didn’t want to know my real name, and I sure as hell wasn’t about to ask him his. After we finished we walked back to the Amtrak station and he disappeared across the train cars. I went back the next day and got flicks. 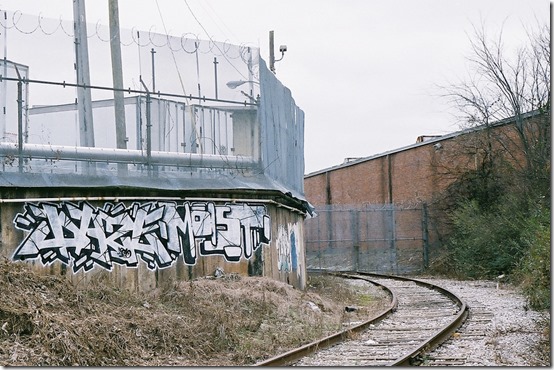 But now days I don’t have to look under rocks for messages, he gave me a throw away prepaid cell phone.

40 thoughts on “Moist: On Meeting Daze.”