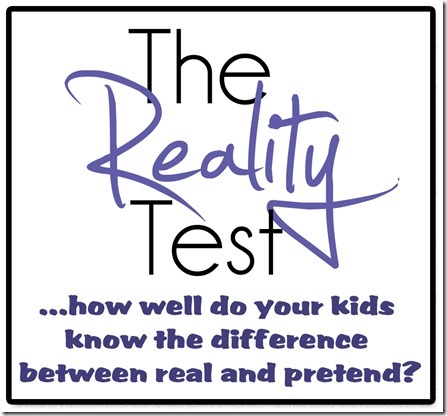 Two years ago, I tested Ali’s grasp of reality. It was on a whim while driving down the road after she asked me, “Are fireflies real?” The question made me realize how unrealistic some real things are, and how believable some imaginary things can be.

I mean really. A bug whose butt rhythmically lights up?

A lot changes in two years, though, and I was curious as to the shift in her perceptions. So I printed out my original reality test of twenty-five items, then added fifteen more. She was giddy about the game, and totally didn’t remember doing it two years ago. This time, out of forty questions, she got five wrong, giving her an official reality grade of 88% (after rounding.) So, progressing from four to six years old increased her reality grasp from a C- to a B+. 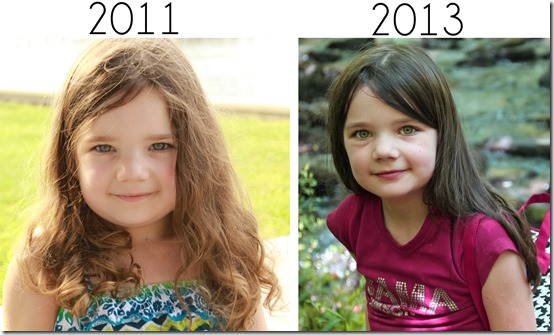 (Hopefully two years of studying will make a more drastic impact when she’s in college.)

So – let’s compare kids, compare notes, and see what seems to be the least believable reality and the most believable farce.

I inquired about each item in this form: “Are princesses real or pretend?”

And on Fairies, she said, “Well, I got a note from the Tooth Fairy, and Giann [The Babysitter] told me that she saw a fairy once and I don’t think she was kidding.”

On Wimpy Kid, she got mad at me. “But you TOLD me that it was a diary that a little boy wrote!! You didn’t SAY that he wasn’t a REAL boy!!”

Other than that, she got Robots wrong for the second time (clearly I need to take this kid on a factory field trip), wasn’t sure about Stepmothers, and didn’t know what Genies were (I forgot we haven’t watched Aladdin.)

But I struck the genie off her record for explaining that “dinosaurs used to be real.”

So. Go quiz your kids. Report back how old they are, what they got wrong, and what surprised you the most about their grasp of reality.

I’ll be waiting here for your official reports.

41 thoughts on “The Reality Test.”