I have always tried to be a good sport, a willing participant, and even an Eager Beaver when it comes to Rachel’s family’s Greek cuisine. And so far, I have grown to like everything, with the exception of Kalamata Olives. That’s what Meat Loaf was talking about when he said “But I won’t do that.”

Anyway, I have gotten so into the Greek cuisine that we seek out Greek restaurants anytime we travel.
One of the common appetizers at Greek restaurants is Saganaki – a fried cheese that usually gets flambéed at the table, a technique –  which I have learned from such notable Greeks as John Krontiras, the owner of Nabeel’s Cafe & Market – is a purely theatrical American addition to Saganaki. Real Greecey Greeks just fry it. 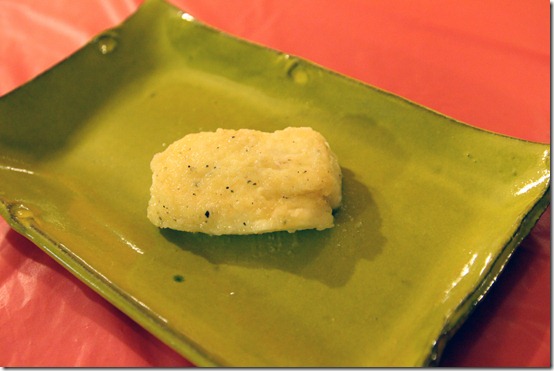 Let me jump in here with a plug for the aforementioned Market, where John’s wife will gladly sell you all manner of imported cheeses and house made goodies – our favorites are the pimento cheese and the tabouli. All of the cheese harmed in the making of this blog came from this market.

This particular dish had never made it to our family table for ethnic dinnertime, so I really felt like this was an Eager Beaver’s chance to bring something legit (and theatrical) to the family palate.

A quick Google search will give you a plethora of options for making Saganaki – nearly the variety you get by asking different Greek chefs how to make the stuff.

So that leaves you with the option of trial and error.

The basic recipe is fry the cheese, pour a little alcohol over it, light it and watch it burn, and then squeeze lemon juice over it. All variations that fit within that framework are negotiable, such as which cheese? Lightly, heavily, or not breaded? Which liquor? Et Cetera.

My first attempt was last year. I bought Keflograveria cheese from Nabeel’s, then sliced it, rinsed it with water, lightly breaded it with seasoned flour, fried it for a few minutes on each side in olive oil, transferred it to a baking dish, poured a shot of brandy over it, torched it, and then put out the flame [too early] by squeezing lemon juice over it.

It was definitely edible, but the overwhelming taste of brandy was a lesson learned…Happy Easter Lunch everybody.

During Blogher last year, Rachel and I found a New York City Greek Restaurant and ordered Saganaki. And, as is my custom, I asked the waiter about it. He told me I should definitely do what they do and use Halloumi cheese flambéed in Ouzo, the traditional old man Greek liquor.

This variation excited Rachel quite a bit, because she had fond memories of Halloumi cheese from her teenage missions trip to Cyprus. My next experiment happened on Christmas Eve 2012. I bought Cypriot Halloumi (Nabeel’s Market again) and a bottle of Greek Ouzo (can’t tell you where I got this, but good luck.) 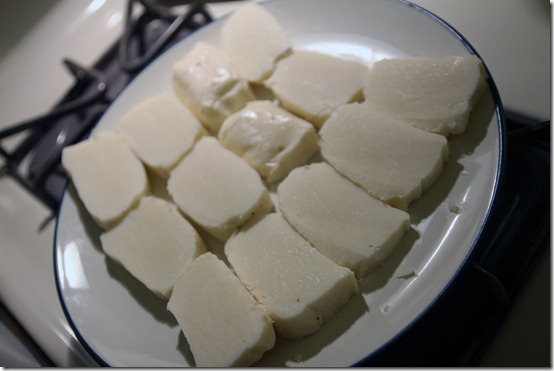 Let me pause here and say that I always imagined Greek old men sitting around and drinking something that would peel paint off a battleship, but that is incorrect. Ouzo is very fruity and deeply tasting of licorice. 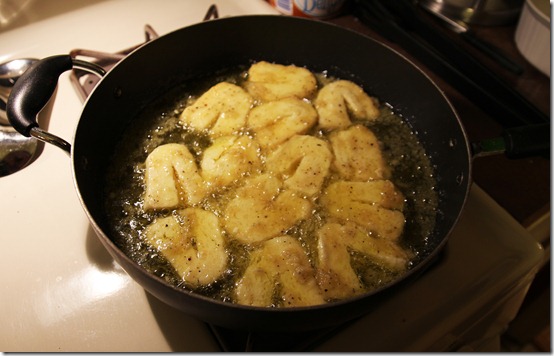 Same recipe, except this time I used [too much] olive oil, but took care to let the ouzo burn out before I put the lemon juice on it. 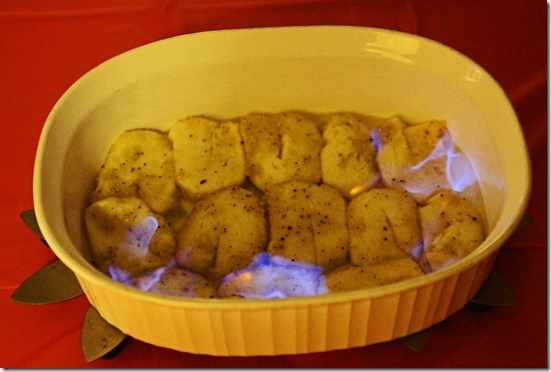 It was much better than the first time,

just a bit too oily.

In my most recent attempt, I again resorted to the Halloumi. This time, my cheese allotment was a mere three days from it’s expiration date, a quality that I would like to believe added an even more authentic flavor. 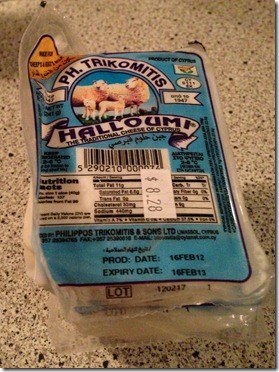 I barely put in enough oil to cover the bottom of the frying pan, and it all turned out quite nicely. 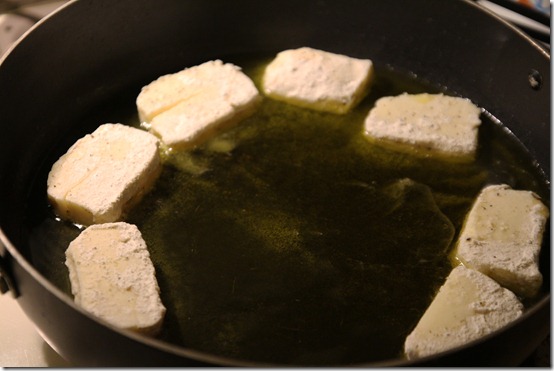 The Ouzo again left no fruity overtones, probably since I let it burn out. 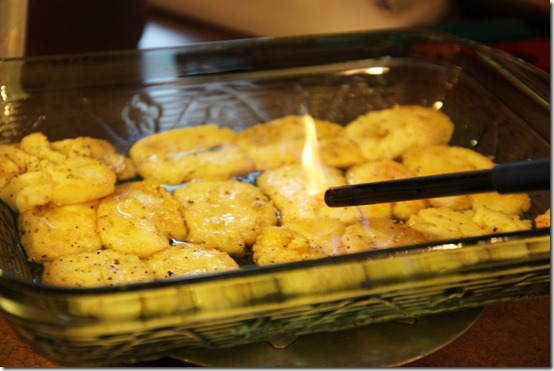 I am looking forward to many happy years of fried Greek cheese. And this one nasty bottle of licorice-flavored goodness should last for quite awhile. 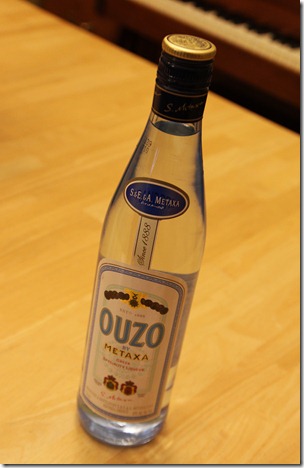 So. In case you weren’t able to internalize that rambling recipe, here it is:

1. Slice the cheese into 1/2 inch slices. Rinse slices in water.
2. Flip slices in flour mixture.
3. Heat Olive Oil in a pan (just enough to cover the bottom).
4. Fry cheese on medium-high for a couple of minutes on each side.
5. Place cheese into a separate dish, pour liquor over it, dim the lights and light it.
6. After the flames die out, squeeze lemon over cheese. Serve immediately. 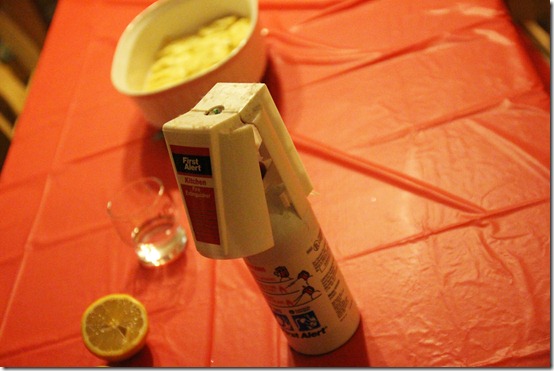 13 thoughts on “Saganaki: The Journey and The Recipe.”