Sometimes I lie to Ali.

When the truth is that I’m banging my brain against the inside of my skull trying to hurry up and concoct an idea to make school into a game while she asks repeatedly, “What?? What is the game??”

Sometimes I get lucky and she totally buys it, and other times I don’t and she says “That wasn’t a game. That was just schoolwork.”

This lying pattern is most prevalent in my life on the mornings when it is apparent that she’s not excited about school.  And yes – I know that one day, she’s going to have to learn that it doesn’t matter whether she’s excited or not.

But for now, I want her to at least think that learning is fun.  So I’d prefer to lie to her and hope I can come up with something before she loses faith.

Which is what brings us to today: one of my rare wildly successful game attempts.

I made an Excel template for her multiplication tables to save myself the manual drawing of it.  On a whim, I highlighted some of the squares pink before I printed it out.  And it looked like a game.

“Mommy!! Where are you?? I thought we were starting school!”

So I am here to tell you: She beat me fair and square, and practiced multiplication while she was doing so.

Here’s how to play: 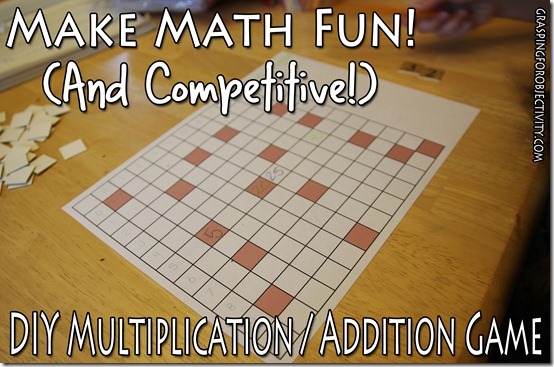 All you need is a game board template (feel free to download mine, modify mine, or make your own), two pencils, and either a dice, number cards, or a number spinner.

(We used 1-10 number cards from another board game.) 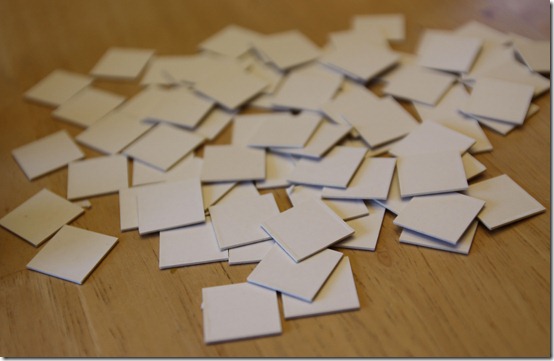 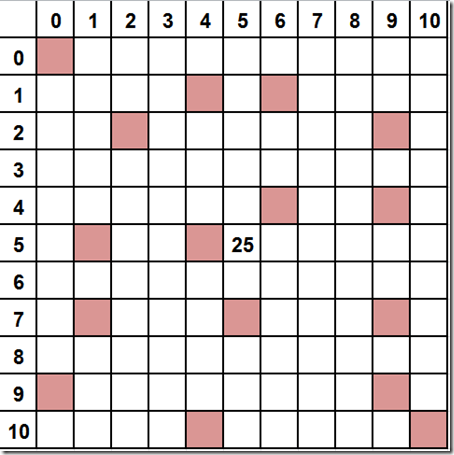 Player One rolls the dice, draws a number card, or spins the wheel.  Let’s say they get a three.  They can choose to solve any problem that is three spaces away from the starting square:

The answer to the square they choose is their point value for that round, and the pink squares are worth double. 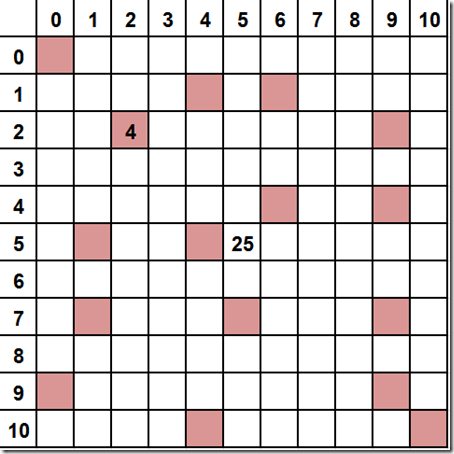 (For the pink squares, they still write the answer to the actual problem, but when figuring the score, double it.)

Player two then rolls, draws, or spins.  Let’s assume they get a five.  They can pick a problem five squares away from the last play.  In this case, they have less options available to them: 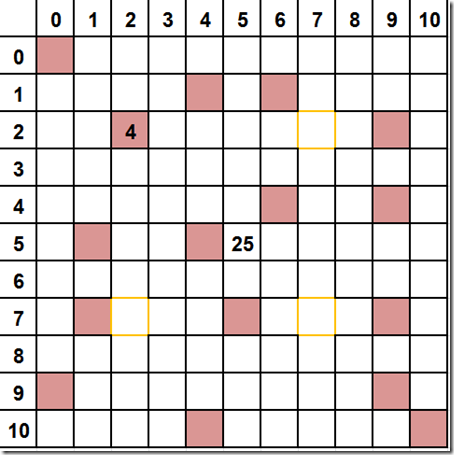 If a player rolls, draws, or spins a number that is impossible to play (such as a ten, in the case above,) they don’t get to play that turn.  This will come up more as the game goes on and more squares are already solved.

Play until the board is filled, or until you’ve played a set number of turns.  We played until I could sense that Ali’s interest was about to downgrade.

While thinking we were totally just playing a game, Ali practiced multiplication in a way that made her think differently, 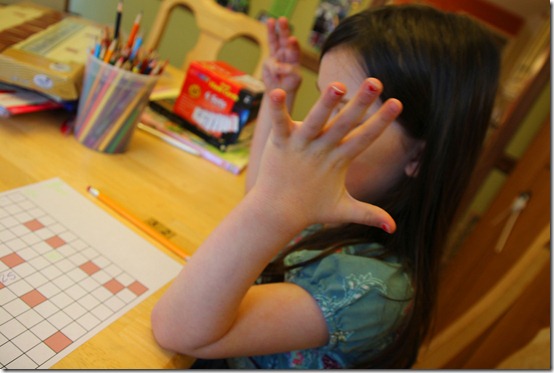 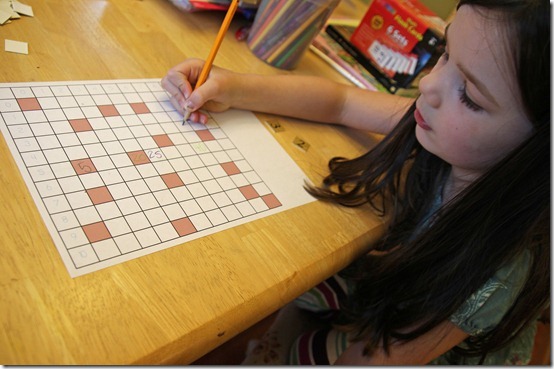 and practiced her victory gloating. 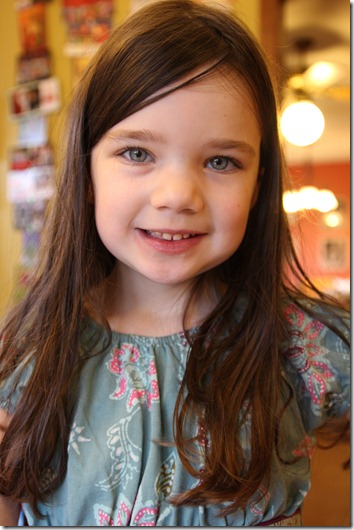 Here are the benefits I see to this game:

Ways to adjust for other learning levels:

Enjoy, and be sure to let me know if you get beat by a kid!

38 thoughts on “Gaming the System.”