I’ve had a few photos and stories pile up lately – not good enough to make a post in and of themselves, but decent enough that I couldn’t trash them.  So here they are, all thrown together and cooked into a Blog Casserole.

Noah discovered a glitch in the system.

Not only was this claw machine “Play Till You Win,” but it was also set on “No Quarter Required.” 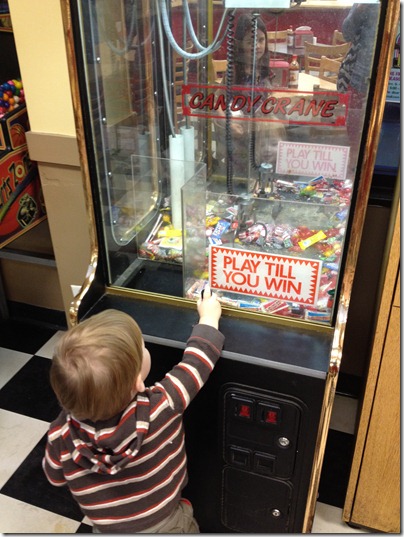 He kept winning and winning, showing off his overly-adept motor skills.

Which would have been great if the contents of the machine didn’t look like this: 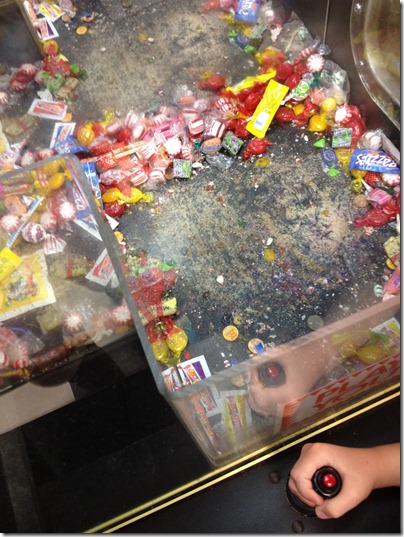 Not only were there pennies and a circa 1988 Diamond Jim’s coin to be found in the bottom sludge, but also a “Free Kid’s Buffet” coin was also available – from a different restaurant. 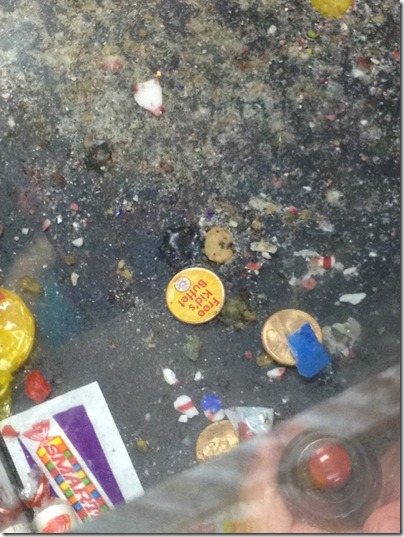 The kid was not at all pleased when I confiscated all of his valuable prizes that expired in 1991.

I was checking Ali’s multiplication table results, and couldn’t figure out what she’d written at the top. 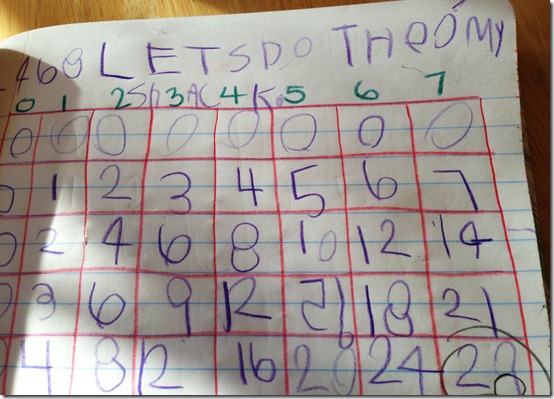 So I asked her.

And now I can think of nothing else myself.

On one particular Sunday afternoon, while Chris had Ali feverishly laboring for Ingrid, 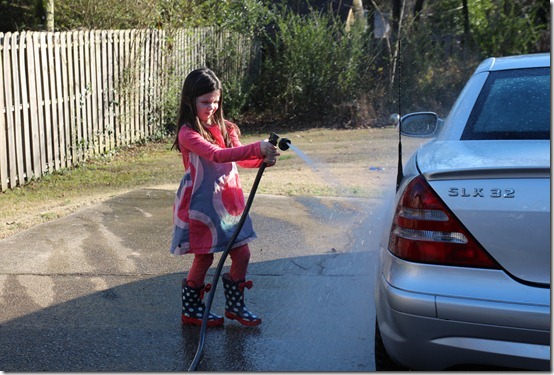 she and I also discovered treasures in the driveway.  Silver treasures, surely left by indigenous Alabamian Pirates hundreds of years ago. 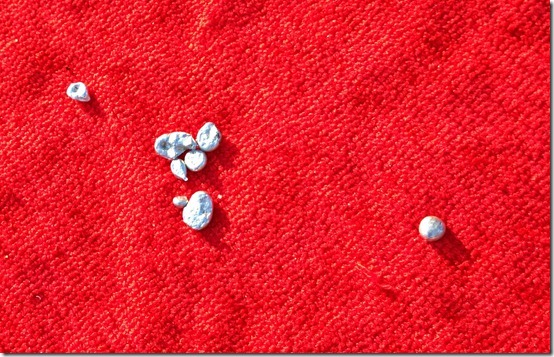 I fondly remember finding mysterious treasures as a kid, so I made a huge deal out of it, telling her that she had an amazing mystery to solve and untold valuables.

She dove into action and decided that the most important key to discovering the origin of these items would be to narrow down what they would fit into. 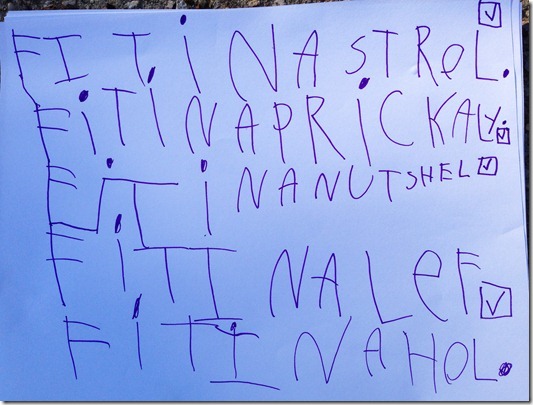 Ultimately, the mysterious items ended up in one of her many treasure boxes, in hopes that one day the mystery might be unveiled.

But I’m pretty sure I still have at least one mystery object from my own childhood, so the chances don’t look so hot.

An Ounce of Prevention.

It was The Dreaded Bath Night. Noah’s bathpooing average was 100% over the last three bathing attempts.

As I got him undressed, I instructed him sternly.

He got a sincerely grave look and said, “Okay, Mommy.”

And then he peed on the floor.

Just to make sure.

A while back, we were at the library, and everything was down, and had been for three days.

Thank goodness I brought an expert to diagnose the problem. 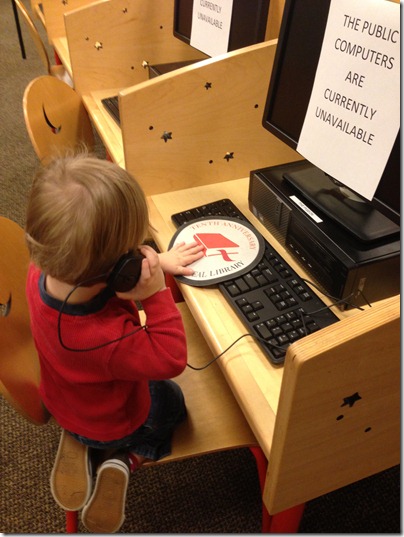 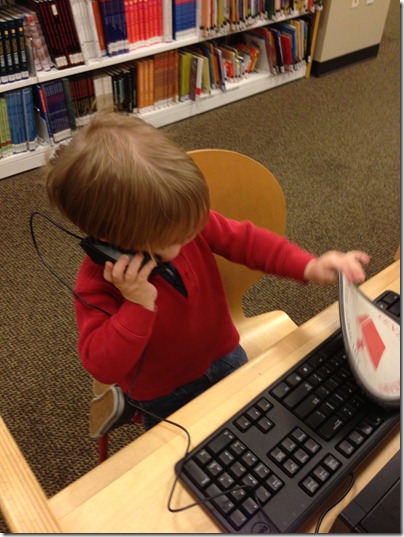 But by the time we left the library, the computers were functioning again.  So maybe…

Noah heard that I was annoyed at his leaking sippy cups, so he tried to plug the hole.

First with a Wagon Spoke and Wheel, 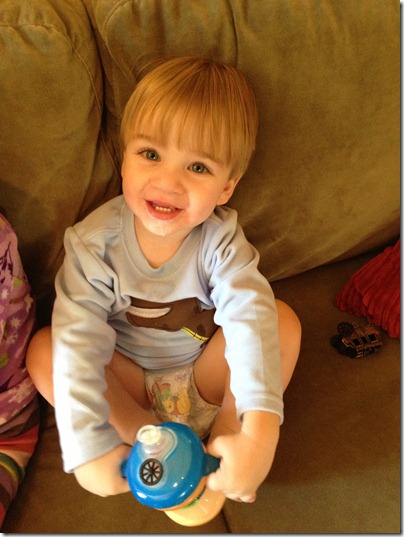 Then with a sucker, 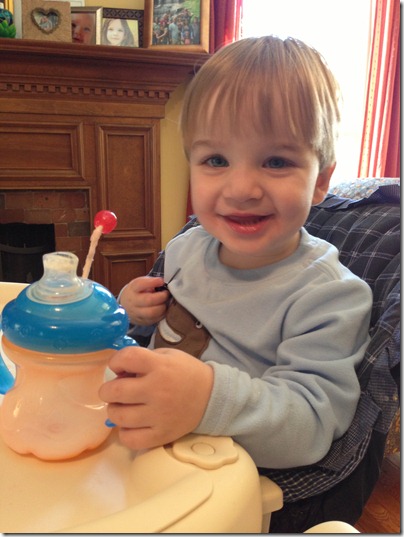 And then he went all out and used both. 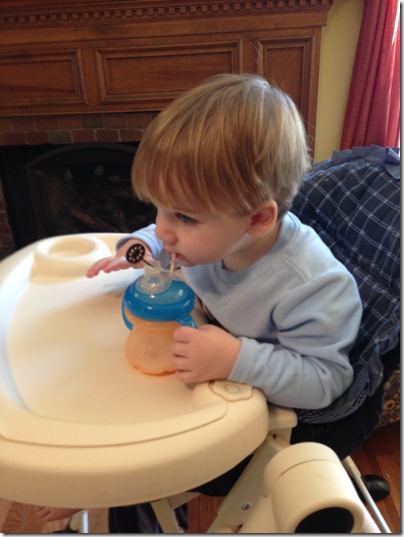 I bet you guessed that this didn’t help my problem.

Had a Very Hiney Nose…

Noah got into my makeup while I was getting ready and managed to find something fabulously brown and smeary. 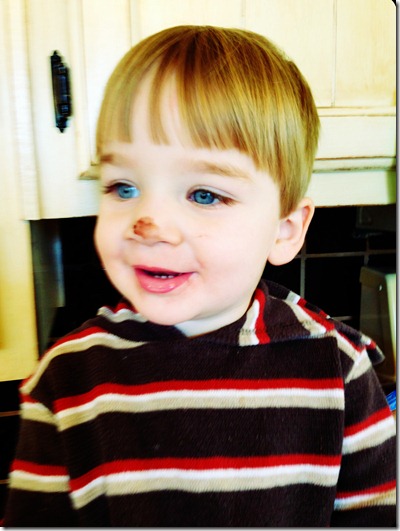 So I named his artistic installation for him:

“Rudolph In the Workplace: the Brown-Nosed Reindeer.”

Ali lost her second tooth (okay I made her let me pull it – I’ve recently discovered that I get a sick pleasure in tooth-pulling,) and so she wrote another note to The Tooth Fairy: 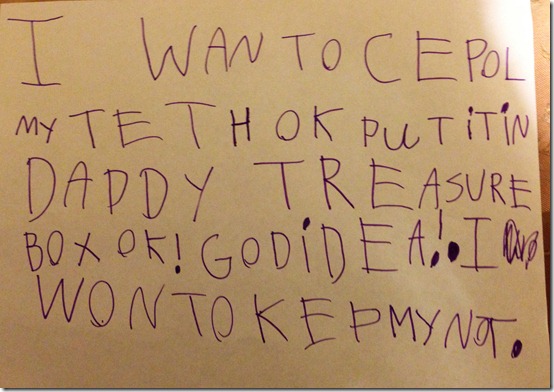 Because she had issues reading my last note, I changed my Tooth Fairy Font in my reply: 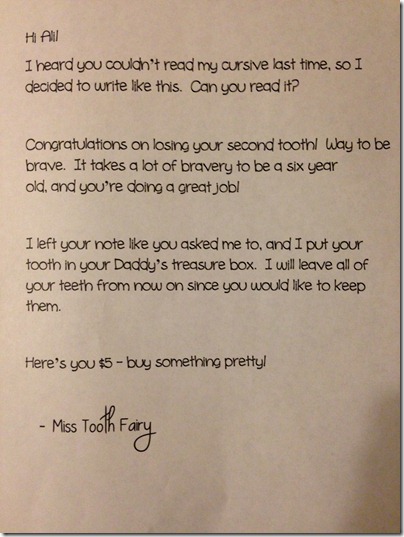 After not eating for a week, Noah has been in a serious recovery mode for the past two weeks.  He stands at the open pantry door all day calling out in a pitiful voice, “NEEEEEEEED!!!”

It doesn’t matter how much I give him, he goes back for more.

So one day I decided to take a Dog-Owner’s approach and just leave a plate out for him, overflowing with everything he could possibly want. 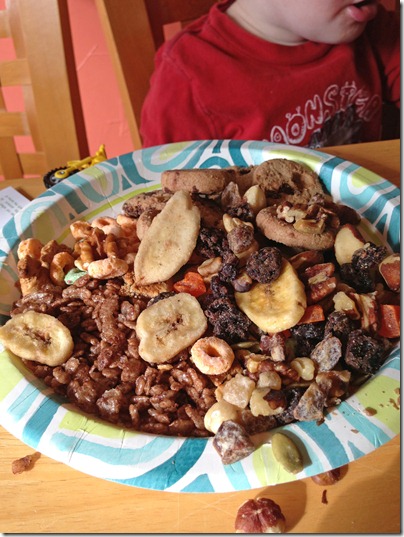 The plate included Apple Jacks, Cocoa Krispies, Dried Fruit, Nuts, Bud’s Best Cookies, and it also included a side of Graham Crackers and Gummies (not pictured.)

(And this was just to satiate his between-meal NEEEEEEEEDs.) 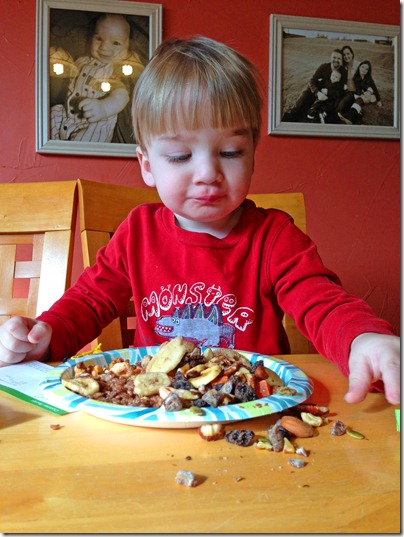 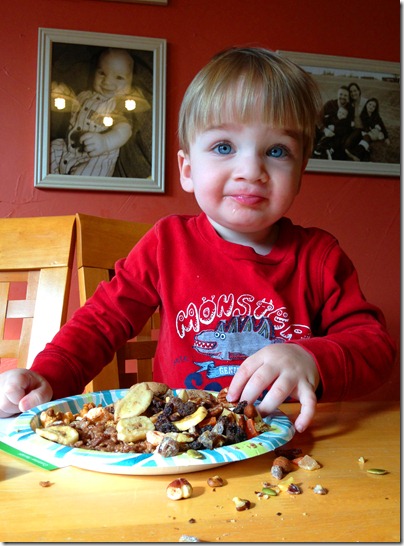 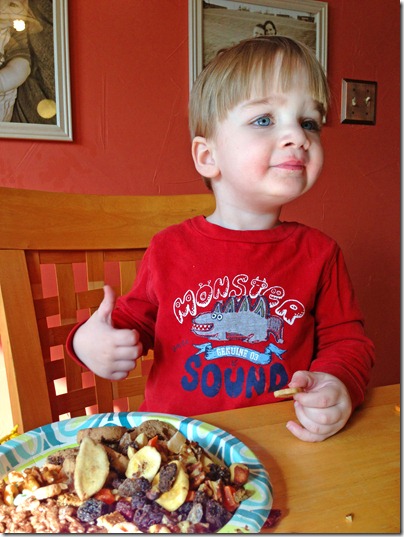 A few hours later, this was all that was left: 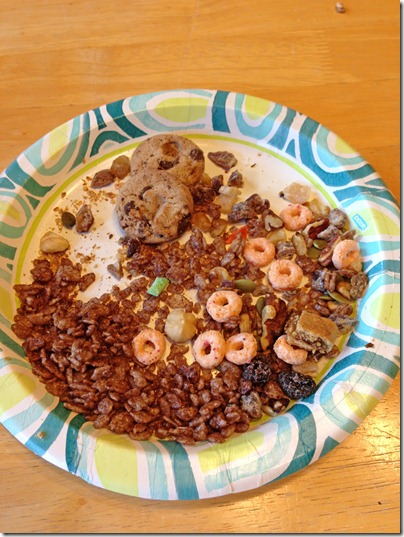 And that’s all that I have.

18 thoughts on “Short Stories of Motherhood.”