Five Benefits of Taking My Husband Along to BlogHer.

1. His analytical and strategic skills make me look like a novice. He had a plan, he knew what he was doing, and he would set up fabulous opportunities to show off our professionalism and class. 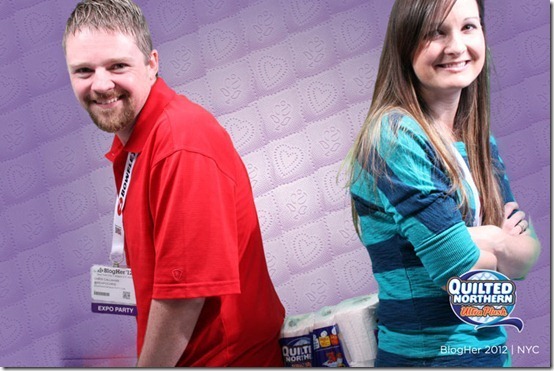 2. As the last photo also attests, he is willing to do anything.

When, in the expo hall, the Sheex lady promised him two sets of high-end sheets if he would hop into her demo bed so she could get a photograph of him because she hadn’t been able to photograph a single man in the bed, he readily agreed and asked if she’d also like me to join him.

(Nor did I remember to take a photo of his very convincing sleepy face.)

3. He takes stunning, picturesque pictures of me in front of New York Landmarks. 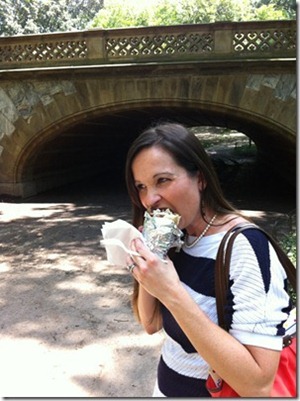 And actually a decent one or two every now and then. 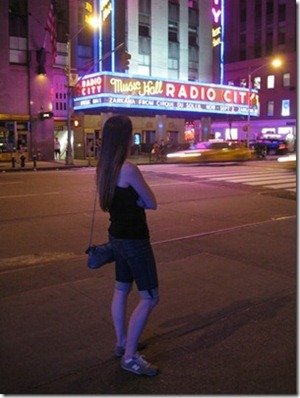 (Except for the tennis shoes.  But it was New York, and I already had blisters.)

4. He doesn’t mind dressing up like a latex unicorn so that I don’t have to. 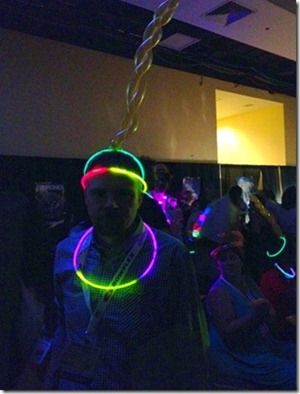 Also? You get double swag when there’s two of you. 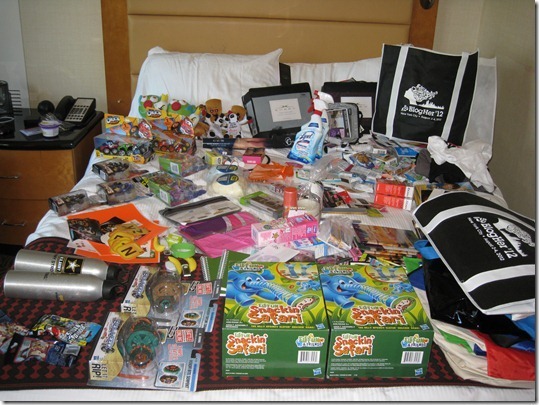 Five Pieces of Swag That I Didn’t Realize I Couldn’t Live Without.

1. A Banana Flash Drive. ONE WHOLE GIGABYTE, no less!! 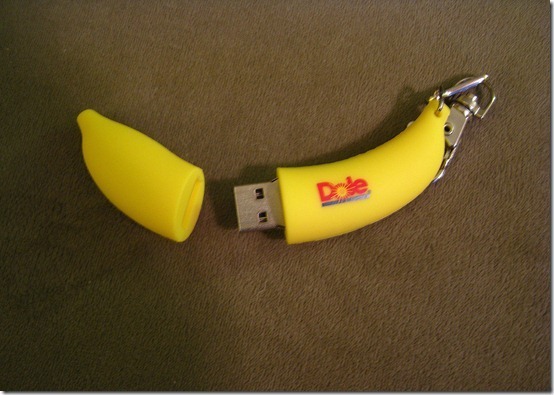 (Chris was immediately dreaming of hanging his from his car radio’s USB jack.)

Speaking of swag that Chris was excited about, 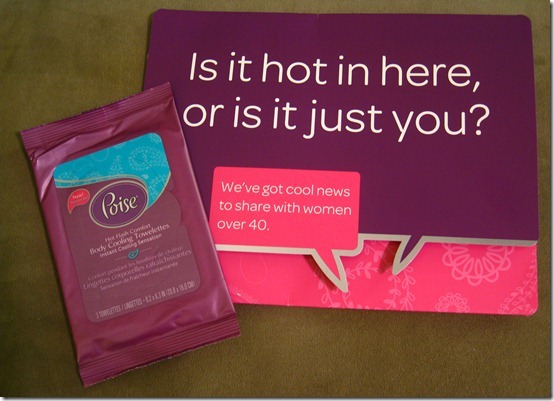 They’re to wipe on your FOREHEAD AND NECK, people, and they supposedly make you cool for a fabulous 20 minutes.

But Chris doesn’t care that he’s not a woman or over 40 – he’s pretty exuberant about testing these out on his next run.

(I just that hope no one sees him opening a pad wrapper on his water break.)

3. Caffeine-Flavored Lip Balm. For when your lips need a pick-me-up, too. 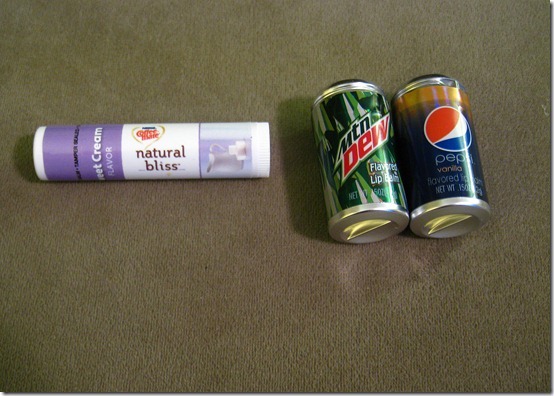 I fully expect Ali or Noah to have eaten them all by the end of the week.

Speaking of Ali, of all of the stuffed creatures I brought her (and there were several), her favorite was… 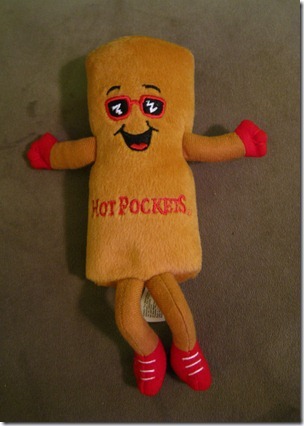 I understand that everyone needs a stuffed freezer delicacy, but I’m still shocked that she chose him over my all-time favorite stuffed creature ever, 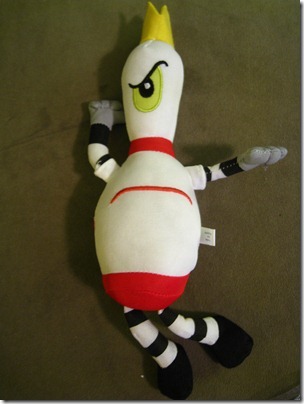 Five (More) Benefits of Taking My Husband Along to BlogHer.

1. I have a photography assistant so I don’t have to be the complete self-absorbed dweeb who asks someone else to take my photo in front of the sign on which I was listed. 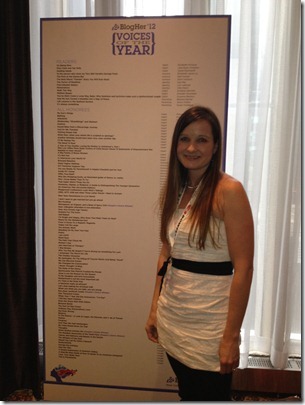 2. I can have the extra legroom of the exit row without worrying about having to throw that 42 pound door out the window if the time comes. 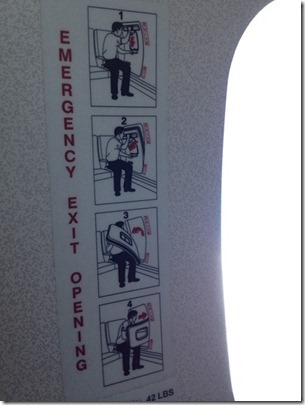 (As an aside, does Delta refund your $19 premium seating fee if you actually have to operate the exit row? I mean, that’s a lot of work – directing traffic and being the last one off of a burning plane and all.)

3. He’s a better face for enthusiasm for photo ops of all kinds. 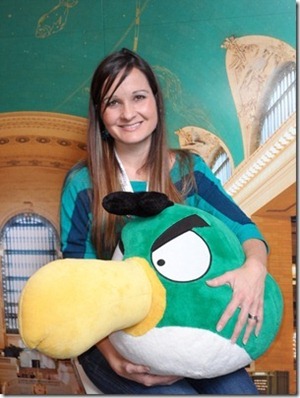 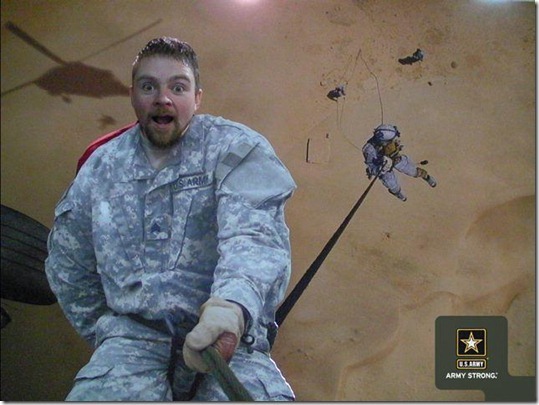 (I especially love that his sleeve totally photobombed him.)

4. The kids like him better anyway.  So it makes FaceTime more smiley. 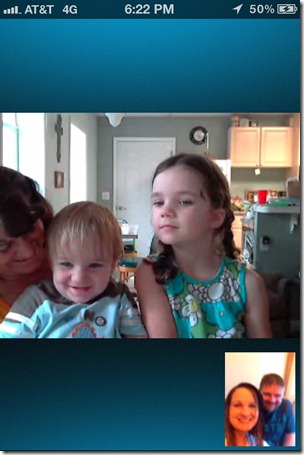 5.  When I’m completely freaked out by the crowds and huddled up inside myself in a ball of introvertedness, I don’t have to socialize with strangers!!  I can just talk to him. 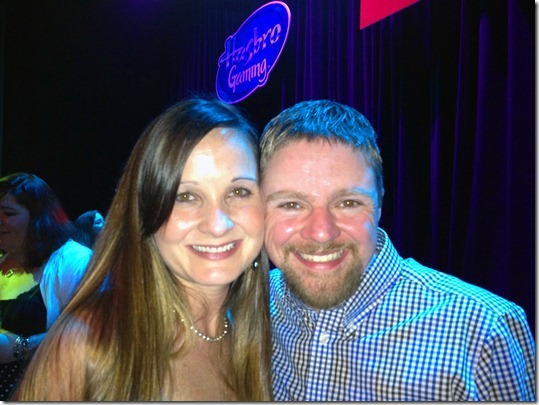 Five Celebrities You Absolutely MUST Meet at BlogHer.

Sure, Katie Couric, Martha Stewart, and Soledad O’Brien were there.  And President Obama was even in attendance – albeit by satellite.

(I’m sure it was because he reads all of our blogs every morning with his relaxing coffee time, not because it’s election year.)

But if you want the inside scoop on which celebs you really need to meet at BlogHer, here is your exclusive guide:

1. Who would pass up the opportunity to meet soy sauce live and in the flesh? 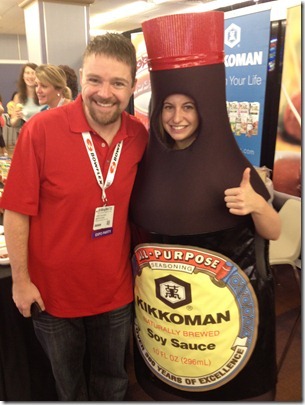 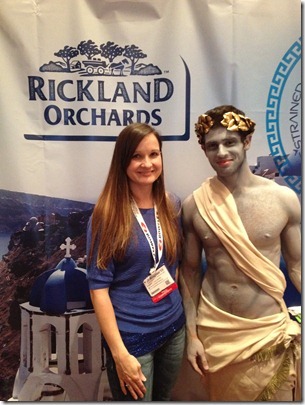 There was that guy.

3. Chris was truly giddy to meet (and dance with) his favorite plastic, 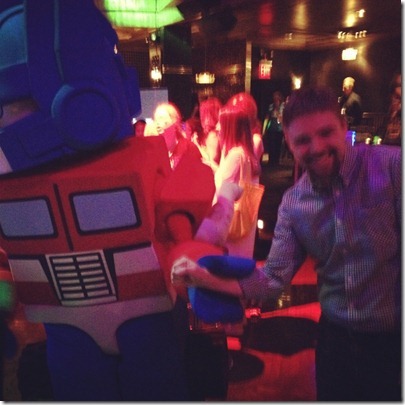 (I told you these were crappy photos, did I not?)

4. And this celeb made me feel better about my own level of Greek Hairiness. 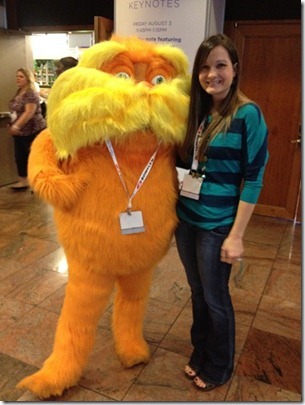 I don’t have a fifth one.

But really, with those four, who needs another?

14 thoughts on “BlogHer, in Bad Photos.”